The Korean War: The Conflict That Games Forgot

There’s a throwaway gag in a classic episode of The Simpsons when, faced with the shocking possibility of increased funding for his school, Principal Skinner says one of the possibilities ahead of him is “history books that know how the Korean War turned out.” Like the show’s best jokes, this one worked on a couple levels: Americans have a terrible sense of history about the Korean War, so much so that most – including Skinner – don’t even realize that it never actually ended.

And who could really blame us? Our primary school history books tend to lose steam around the turn of the 20th century, and while World War II and Vietnam have gotten their sepia-toned, big-budget Hollywood treatment by Steven Spielberg and Francis Ford Coppola, the Korean War’s biggest cultural impact has been M*A*S*H.

For a conflict that was so important in shaping the geopolitics of the next half-century, there’s precious little collective consciousness in western countries about the brutal three-year proxy war between the United Nations and the post-WWII Comintern nations that played out over the 38th parallel that splits the Korean peninsula.

This is a space that games – particularly wargames – could easily rush in to fill the void. And yet, games set during the Korean War are as uncommon as are feature films about the conflict (perhaps, you might think, there’s a connection of some kind). We’re lucky here at Wargamer to have some far-reaching archives that include contributions from past wargamer writers, who wrote about the Korean War quite a bit back around 2003:

Will Trotter wound up reviewing the first computer game I came across in my research for this article, Korea: Forgotten Conflict. I’d found it in a list created by the Giant Bomb community and was delighted to find that we’d covered it right here at The Wargamer.

Unfortunately, Will despised the game so much that he could barely bring himself to describe what it’s like. Here’s one quote from his January 2004 piece about it:

I hated this game.

Korea: Forgotten Conflict is unique. I can't think of any other game that has rubbed me the wrong way so quickly, induced in me such a sustained mood of foul distemper, or managed to antagonize me in so many ways, before I had even finished the first tutorial.

This is even harder than I was on Sudden Strike 4. Alas, this is the extent of what I could unearth on the game, and Trotter's article is unfortunately incomplete due to past problems with the archive.

It was around the time that Will was going through the clearly miserable process of reviewing this game that I was literally in Korea, as a “public affairs specialist” (think “Private Joker”) with the U.S. Army’s 2nd Infantry Division. I’d finished college by that point, but had gone to my first duty assignment with only vague notions about Korea and why there were American military bases there to begin with. And if I’m completely honest, when I boarded the plane to cross the Pacific, the only idea I had about Korea was that it was “sort of close to Japan and Vietnam.”

But I was quickly disabused of any Hollywood preconceptions as soon as I groggily staggered off the plane in Osan. Stepping onto the tarmac with my over-stuffed Army duffel, there was a tinge of earthy vinegar on the air, odd in the way it smells different when you walk into someone else’s home for the first time. The outskirts of high-tech, metropolitan Seoul rose in the distance, hugging steep hills and vanishing instantly into studiously-groomed farmlands. Hours later, I was on a bus to the city of Tongducheon, heading north of the capital and into the short but dramatic Korean mountains, which seem to stick like vicious granite teeth out of the otherwise gentle landscape. 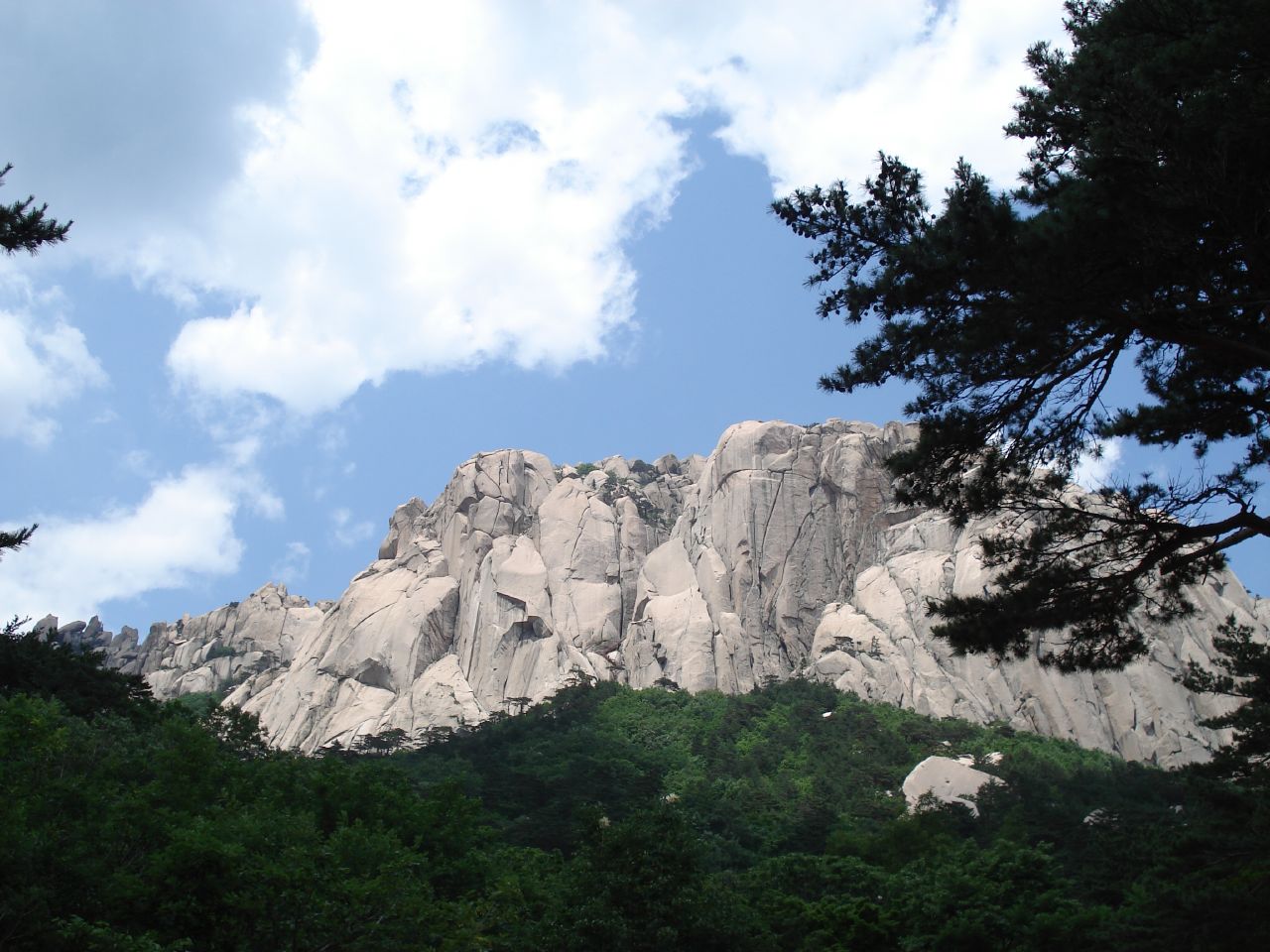 There’s a strong temptation to wax into memoir here, but suffice it to say that the year I spent in South Korea was educational. At Camp Red Cloud, in Uijeongbu, I was less than an hour’s drive south of the 38th parallel and the demilitarized zone that separates the country from the People’s Democratic Republic of Korea. I got to work alongside ROK Army soldiers, called KATUSAs (Korean Augmentations to the US Army), and meet a few Koreans who had lived through some of the worst warfighting seen in the 20th century. Mr. Yu, a wizened Korean photographer who had worked extensively with 2nd ID for many years and had adopted the cursing perennially favored by GIs, was reticent when I asked him about a place near modern Tongducheon, just outside the back gate of Camp Hovey, called Tokori.

“It’s a terrible place. Terrible,” he told me, and no more.

Mr. Yu’s reluctance to talk about Tokori frightened me, and it turns out it was with good reason. Korea is a place where the ghosts outnumber the people. Korea is a people that is now two nations, torn apart and ultimately incinerated by the superpowers who remained standing among the ashes of World War II. And the two Koreas, north and south, rebuilt themselves with what they had along the lines of the now-well-established Cold War.

The few games we have now that even reference Korea as a conflict zone are almost uniformly Cold War propaganda. I recently picked up Homefront: The Revolution, which is a modern “hyper-realist” fantasy in the Red Dawn mold that hilariously posits a DPRK takeover of the United States using North Korea as an absurdly-thin stand-in for China (in order to make the game saleable in foreign markets). Eugen’s fairly-excellent Wargame series includes Red Dragon, which imagines a modern Korean War sparking due to student riots over a “democratic” junta control handover in the South in 1987. As in the actual war, the Red Dragon scenario imagines a massive invasion by North Korea, pushing ROK forces back to the Busan “punch bowl,” but it never gives us a rational geopolitical reason for why it’s happening – the east/west divide is taken as given instead of a politics that found its first firing line on the backs of the Korean people.

That’s not to say that good Korean War wargames don’t exist – they just don’t exist as software. Korea: The Forgotten War is by all accounts an excellent tabletop simulation that was strikingly innovative for its time, and The Korean War by Joseph Balkoski is another 1980s-era tabletop game that meaningfully dug into the conflict both as an operational ground war and an air and sea superiority battle. As a strategic theater and the first war to feature jet-powered air superiority fighters, Korea has fascinated a niche of cardboard wargamers for a few decades.

But as the second generation of westerners who have grown up “knowing” that communism is evil, we’ve failed on a basic to demand a broader cultural explanation for, or even a rational accounting of, why this bipolar version of the world ever existed, let alone prevailed.

I don’t know for certain why the Korean War hasn’t been given its due in popular films or games. But having lived there for a year, and learned from being there, I suppose I can offer an educated guess. It’s because of a deep, horrible, well-deserved sense of national shame.

If like most people, like me and Principal Skinner, you never learned how the Korean War ended, I’ll help you out:

During the course of the three-year war, which both sides accuse one another of provoking, the U.S. dropped 635,000 tons of explosives on North Korea, including 32,557 tons of napalm, an incendiary liquid that can clear forested areas and cause devastating burns to human skin.

The U.S. Air Force, in other words, incinerated the North Korean countryside and everyone in it. And in the meantime, brutal purges of alleged communists were going on in South Korea – the massacre of more than a hundred thousand suspected Bodo League members and sympathizers (largely innocent civilians) was carried out in the South in the summer of 1950. As Cold War tensions deepened the post-WWII divide between Russia and the United States, it became increasingly important to push these distracting humanitarian “details” further into the background, which is where they remain to this day. To whatever extent we know that these things happened, we seem to pretend they didn’t.

My experience in South Korea was one I’ll remember for the unfailing kindness shown to me by the Korean people: I was shown an almost embarrassing level of generosity and thanks, just for being a U.S. soldier. But by the time I left I understood that the rift between North and South Korea runs deeper than the way it’s generally understood in the west. Games have an as-yet-unrealized capacity to help us learn more about this conflict, and in the context of renewed tension on the peninsula there couldn’t be a better time for a serious attempt at recreating the Korean War. There was never a real end to hostilities; no ‘final peaceful settlement’ was achieved between North and South Korea, meaning the two nations remain technically at war, which is arguably a worse, or at least a more frustrating, result. And perhaps that’s contributed to the war’s failure to capture the imaginations of game designers thus far.

But as a defining moment in the modern geopolitical landscape, and the West’s first large-scale failure against Communism, the Korean War has a gravity and tragedy all its own that we’re all the poorer for not understanding more fully. It’ll be unfortunate if, as in the past, we continue to pretend it just didn’t happen.

Recon & The Fog of War: The Importance of Block Wargames

Ultimate Admiral: Dreadnoughts Teaches You to Watch Your Weight (And Fire *Everything*)

Flashpoint Campaigns - Southern Storm was announced while no-one was looking