Ah, Napoleon. That man among the finest of generals, Frenchest of French, mediumest of a height lineup. With such a storied military career, such a massive historical impact and such a rich and enduring cultural presence,  the exploits of the first Emperor of France have made excellent fodder for wargames across digital, table-top and miniature properties.

One could argue he's starting to fall out of favour a touch, however; there's not really been much that's 'new' in computer games on this topic the past few years – and, if you talk to Bill, the Corsican devil is also finding less table space in miniature lands than he used to.

Still, this is a subject that's offered up some excellent titles in the digital realm over the years that simulate the pitched battles and fast-evolving strategy and tactics of the Napoleonic era, filling our screens with serried ranks in colourful uniforms, great rows of heavy cannon, billowing sails of warships in their golden age – and battlefields choked with the obscuring smog-clouds of black powder weaponry.

What are the best Napoleonic War Games?

Not all of the games above have full write-ups below yet, but we’ve been adding in extra suggestions from the community as we go. We’ll try and expand on these new additions when we can. 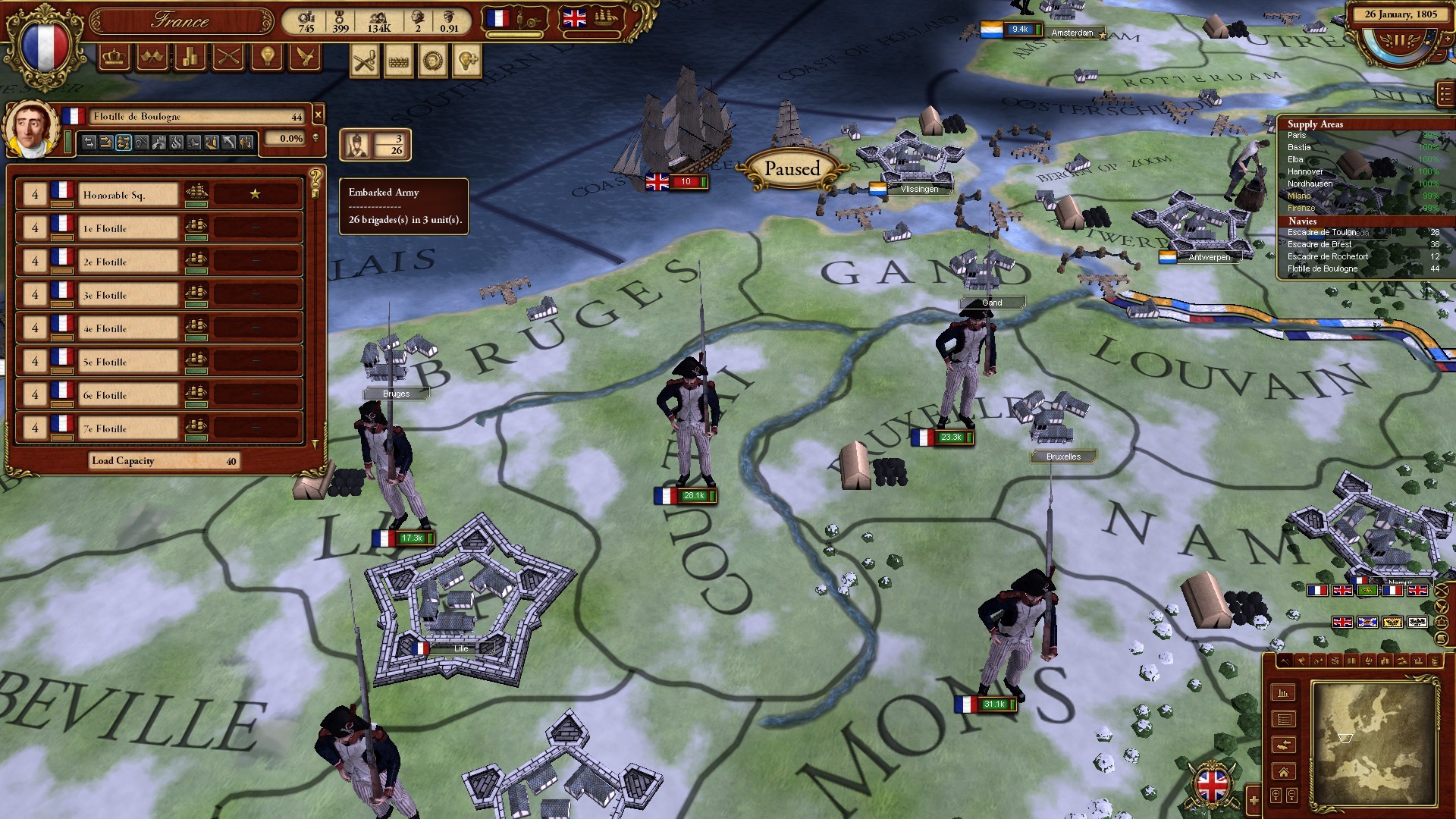 March of the Eagles

March of the Eagles was a Paradox grand strategy spin-off title as interesting as it was tragic. It started life as Napoleon’s Campaigns II, under AGEOD, who had recently joined the company as ‘Paradox France’. They’d previously made the first Napoleon’s Campaigns game using their old AGE-engine, but this newest game was supposed to use the internal Clausewitz engine. EU4 hadn’t released at the time, so it was in many ways a proto-Europa Universalis 4 prequel focused solely on warfare during the Napoleonic wars.

Sadly, relations between Paradox and AGEOD broke down and the two ended up dissolving the partnership. NC2 was giving to the internal grand-strategy team and rebranded as March of the Eagles, which severely disrupted its development. What we ended up getting was a fascinating, but quite limited game that had all the foundations of a really interesting, Hearts of Iron-style take on this period of history.

It was incredibly fun to play in multiplayer, as it required some very deft politicking between all the major players and was an excellent social experience. Sadly, it wasn’t as fun to play in solo for long periods of time, but it remains an interesting (And often cheap) footnote in the modern history of Napoleonic wars videogames. 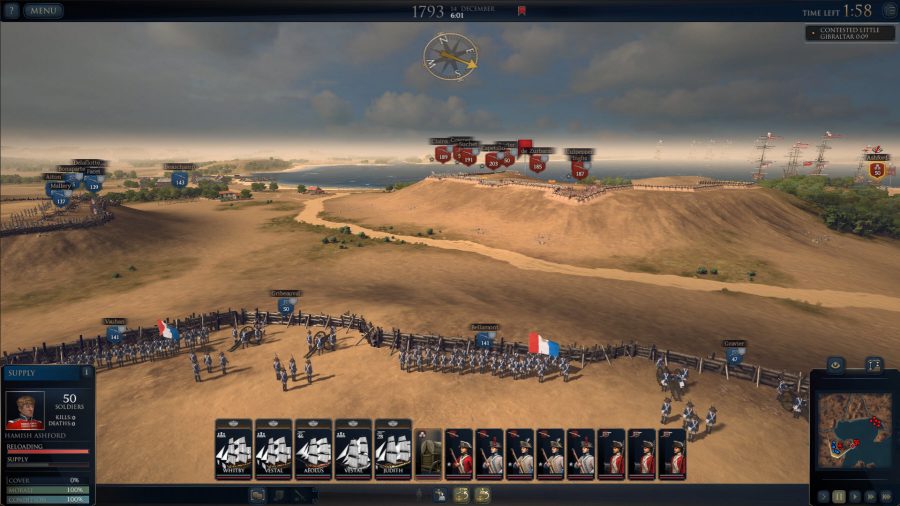 Developer: Game-labs
Buy it on: Steam

So this is technically a naval wargame, but it does span a time period that covers the American Revolution all the way through to the Napoleonic Wars.

Beyond that, though, it already includes some land-combat mechanics and recently introduced cavalry as a playable unit, so the development team at Game-labs don’t seem bothered about sticking to the confines of what a game titled ‘Ultimate Admiral’ would imply.

Freedom reigns: Read our guide to the best free war games on PC

Personally, as a Brit/European I’ve always liked the idea of the Ultimate General games, I’m just not that bothered by the Civil War.

Having something in a similar vein but covering land combat in both America AND Europe (if they do go full Napoleonic) would be exceptional. It’s still in Early Access at the moment, with no known release window. 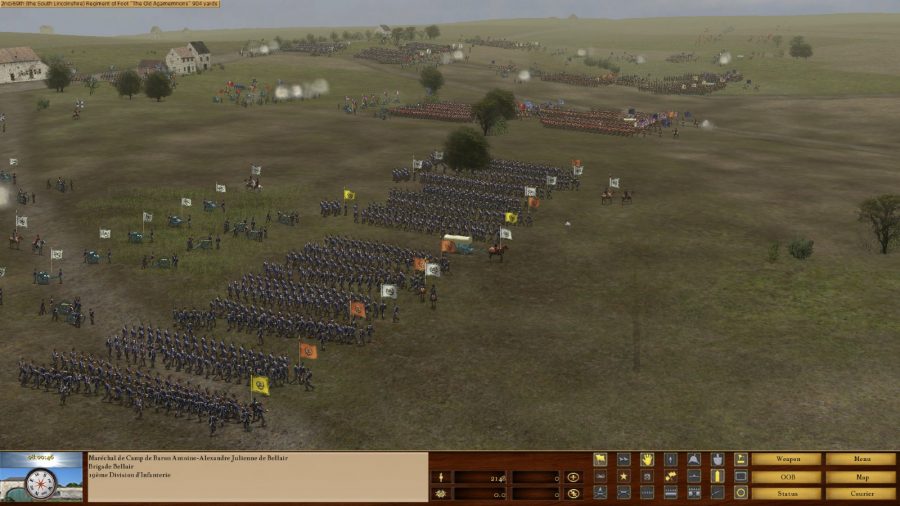 Developer: NorbSoftDev
Buy it on: Steam

Scourge of War: Waterloo is one of the most authentic experiences of generalship for the period. Centered around the campaign leading up to and including the big battle itself, Waterloo puts you in charge of a commander at any level between Divisional and the whole Army itself, with a very interesting command system. You control a certain number of units yourself, but you can send orders via in-game letters to subordinates, and receive them from your superiors as well.

If you want to experience Waterloo as a commander, this is the game

Battles in Waterloo are a longer affair, with realistic casualty rates and troops that might be understandably hesitant about charging those cannon straight on. Fights are decided by positioning and moves thought 10 minutes ahead, because that’s how long your orders may take to arrive.

You will have plenty of options in deciding the movement and stance of your forces, so there is a lot to toy around with as you prepare for that future contact. If you want to experience Waterloo as a commander, Waterloo is the game for you. 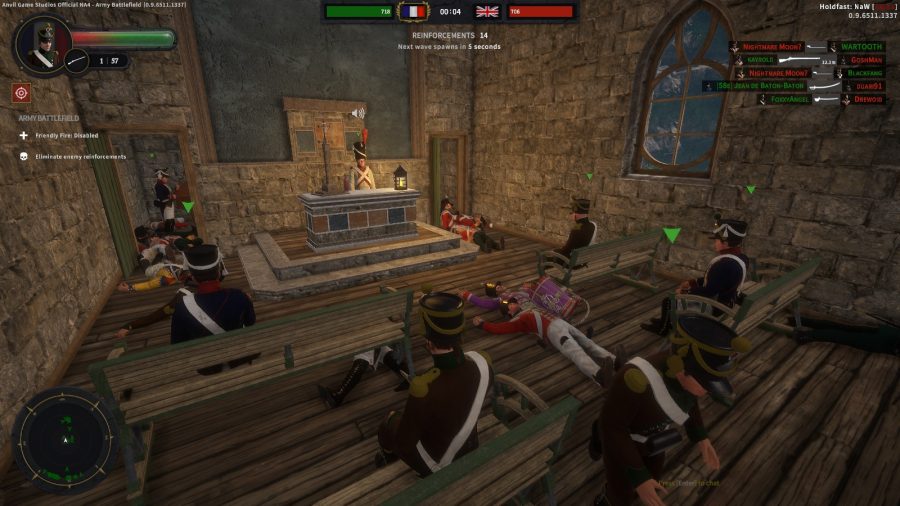 Holdfast holds a place near and dear to my heart. As a long time Mount and Blade fan, this spiritual successor modernizes the multiplayer aspect of the Napoleonic Wars DLC, and has turned it into a full-fledged game.

Players can choose regiments from multiple different classes for the belligerents, and can play in team deathmatches, point-capture game modes, or naval battles. The classes are largely indistinguishable other than uniform, but notably you have sappers, officers, and musicians to break up the rhythm of running around with a musket or rifle. .

These are frequently chaotic affairs, with players using the proximity voice feature to great effect, spamming music or shouting in bad accents the whole time. It can be a lot of fun, if somewhat difficult if you’re looking to have a coordinated attack – but you know what you’re getting into if you’ve ever played a multiplayer game before.

Holdfast officially left Steam Early Access in March 2020, so it can be considered a ‘finished’ game in terms of the original design goals, although I’m sure more updates and features will follow. 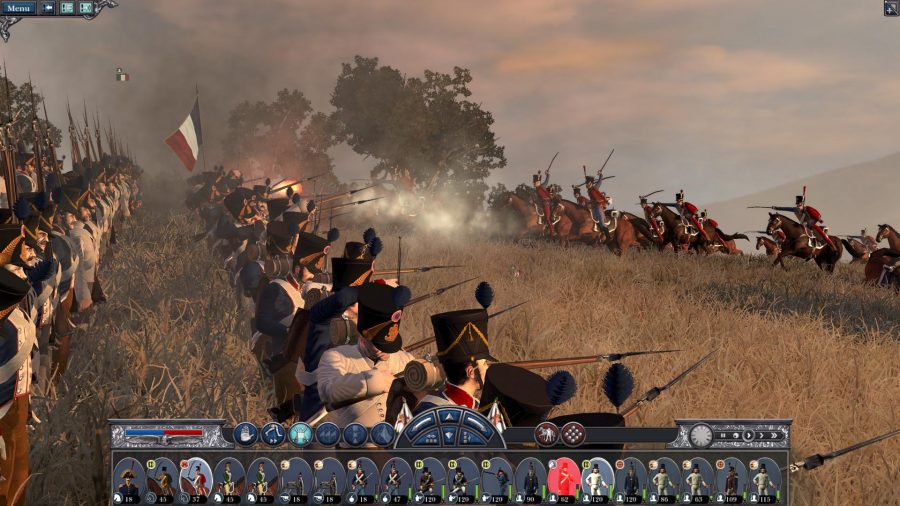 You knew this was coming. Part-wargame, part-strategy, the mutt that is Total War brings players to the campaigns of Napoleon pre-First Consulship, as well the Grand Campaign, featuring Europe in 1805. There are several campaigns focused squarely on Napoleon, a precursor to the more story based mini campaigns Total War has created since. These act as both tutorials and smaller, more focused experiences that can be an easier place for newcomers to start, rather than beginning to play with Austria and getting steamrolled by the French.

Napoleon: Total War puts the player in the shoes of omnipresent Head of State/ Commander-in-Chief of all the armed forces of their chosen state. They can add buildings to the cities under their control, as well as recruit new forces to add to their armies. These armies can be marched around the map in turns until they run into an enemy city or army, when the game goes real time, for a showdown between the forces.

Napoleon: Total War does an excellent job of making the engagements feel authentic, with thousands of men rushing around the battlefield to do all sorts of violent acts to each other. This game also has the distinction of being the last Total War to have a really good naval combat system. Playing naval battles here will make you want to go watch Master and Commander, and finishing that movie will make you want to go have more naval battles. 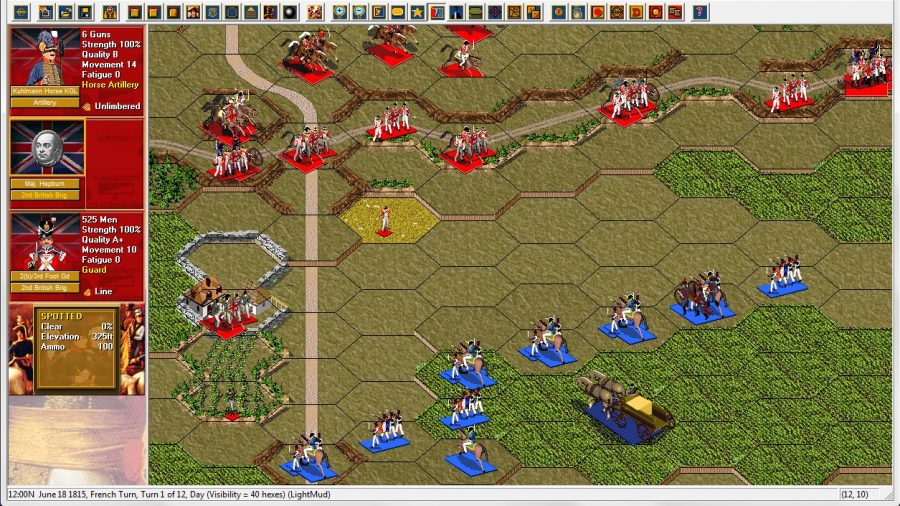 John Tiller and his Software have produced a solid series of Napoleonic wargames, focusing on some of the largest engagements of the period, and boy are there a lot of them. There are 13 games up for the purchasing from Mr. Software’s store, including scenarios covering some battles other than Waterloo or Austerlitz!

Republican Bayonets on the Rhine is particularly notable, as it is one of the very few PC wargames that covers the highly interesting period of Revolutionary France duking it out with the entire rest of Europe at once.

Kings of the castle: These are the best medieval games around

The games are not really lookers, with the graphics being comprised of pretty plain hex tiles, but the beauty of the JTS games is the historical accuracy and depth.

There are a lot of options menus in the games, meaning you can go very deep into the details of the scenario. And the scale is something to not be ignored, with huge areas that cover 10s of kilometers. They are a very groggy* wargame, and if you like groggy wargames, you will like these.