As fans of 4X strategy games may know, the cult classic space-faring title Distant Worlds: Universe is soon getting a sequel: Developer Code Force and publisher Slitherine are releasing Distant Worlds 2 on March 10. For the past few weeks, I’ve been hard at play tinkering with a preview build of the game and can now share with you what I think

The galaxy: a boundless number of impossibly varied worlds, each one an opportunity lying in wait. And Achadaf, home planet of the Ackdarians, just one among them – an infinitesimal blue dot lost in the atramental void. Alright, now I’ve done the pretty scene-setting, let’s talk about UI and automation options!

What impresses me most about Distant Worlds 2 is how well it manages to make sitting at the helm, controlling a collection of very complex systems, feel approachable. The fact that it presents information in a sensible manner helps here, but the star of the show is a powerful set of automation tools, which I think anyone developing a difficult strategy game would do well to copy shamelessly. As I lead my race of turtle-faced dolphin people to the stars, I’m like a mercurial child emperor, palming off tasks to my unseen underlings the moment I’m distracted by something shiny. “I’ll lead the exploration vessels! Actually, no, they’re taking too long. I’m going to fiddle with tax rates instead.”

In Distant Worlds 2, everything – from diplomacy, to economic management, to combat – can be toggled between Manual or Automated modes (or somewhere between the two) at your whim. You can cede control to the computer and take back the reins whenever you choose, just focusing on the bits that interest you most.

If you wanted to offload the bulk of the gameplay and roleplay from the perspective of your empire’s leading fuel tanker designer, you probably could (I didn’t). Advisors pop up with suggestions now and then to provide an additional helping hand (and, once they become a nuisance, can be silenced permanently). It all feels remarkably seamless and easy. I wish life was like this. 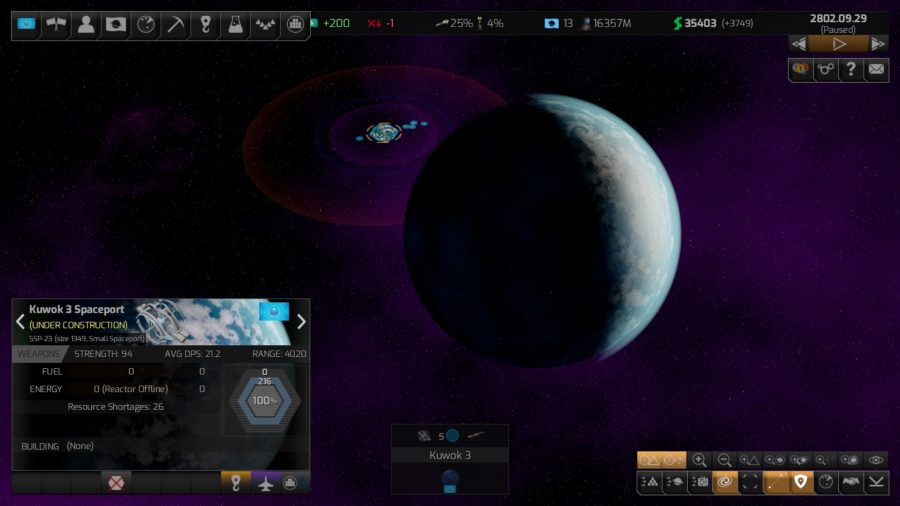 The gameplay loop itself will be familiar to fans of the series – a rich universe to explore and countless minutiae to play with, from mining to migration. We previously covered many of the things that have changed between Distant Worlds: Universe and Distant Worlds 2, among them revamps to research and resource systems, and an improved ship designer. The hardest sell for fans of the series will probably be that Distant Worlds 2 has far fewer (seven) playable races right now, though I suspect more will rear their scaly/furry/chitinous heads sooner or later.

The UI is clear, with most information easy to reach, not hidden away in menus

The improvements made to UI and controls are notable. Distant Worlds 2 cuts down on some of its predecessor’s clunkiness in a hundred little ways. Information is presented quite tidily and the game does a particularly great job of highlighting the relevant ships, faction or star system you’re interested in, just from a hover of your mouse cursor.

As my experience grew, I did start to spot a few areas where more precision could help, however. There were times where I wanted greater clarity on the proportion of my resources that came from trade, for instance, or a better breakdown of the costs of a colony that was a constant drain to my finances. As my empire expanded, I felt more like I was guiding a rapidly growing organism, jellyfish tendrils stretching as my influence grew, rather than carefully constructing a civilisation brick by brick. I think this is mainly down to my light-touch (read: lazy) approach to the game, however. Once I’m more au fait, I’ll have to jump back in with everything set to Manual, and see how fast my regime crumbles when I’m given granular control. 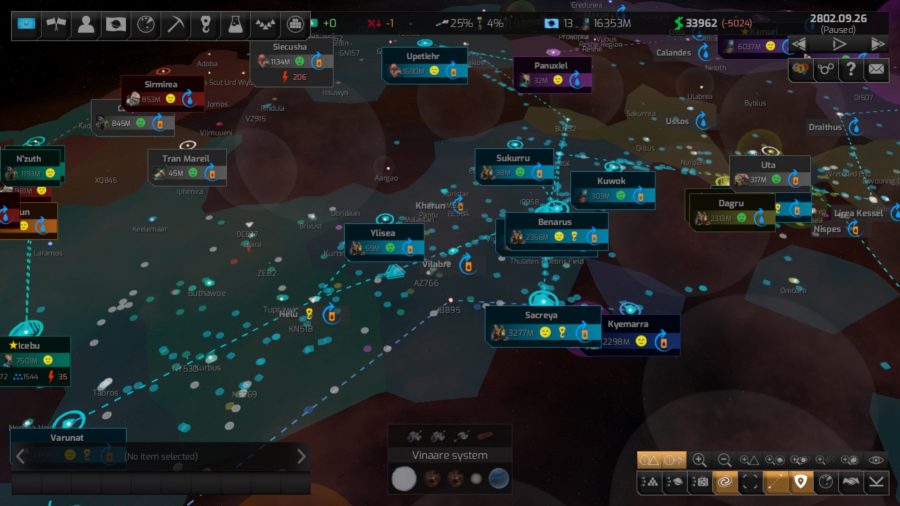 I’m intrigued to see just how much variety Distant Worlds 2 has to offer, too. While my first few hours of play were heavily (and pleasingly) shaped by a few chance encounters and events, as I head into the midgame, I can see the familiar 4X routine of eXplore, eXpand, et-X-cetera start to form. Not that that’s a criticism – but, for my full review, I’m keen to see what surprises the game still holds up its sleeves past the initial stages. For now, it’s enough to say that I’ve consistently had a blast with Distant Worlds 2, and love the way it makes the potentially immensely confusing feel practically breezy – even to a tutorial-averse fool like myself.