Werewolves, we all know and love ‘em. They’re not like Beholders or Mind Flayers, unusual creatures unique to the settings of Dungeons and Dragons. Werewolves are classic monsters, straight out of old school horror movies or off the costume shelves of Halloween stores. They’ve been a part of D&D since the 1970s, and are still a fairly popular monster to use in 5e. Top tip, if your DM starts talking about the phases of the moon in detail for no obvious reason, it’s a pretty clear sign a D&D werewolf is about to show up.

Across pretty much all folklore and fiction, werewolves are humanoids that can turn into monstrous wolf-shaped beasts. But beyond the basics, you’ll never find two sources that give exactly the same details on how these creatures function. Just like with vampires – werewolf lore is deeply inconsistent. The 5e werewolf has some foibles worth knowing. Like most modern werewolves, it’s weak to silver (or more accurately, invulnerable to everything else). Unlike many takes on this classic monster, however, it can also shapeshift at will.

Whether you’re looking for Werewolf 5e stats, or just want to know exactly how these creatures work in D&D, then this is the guide for you. And if your PC just got bitten by a 5e werewolf and you want to know what’s next, then sit… Sit! and we’ll explain. 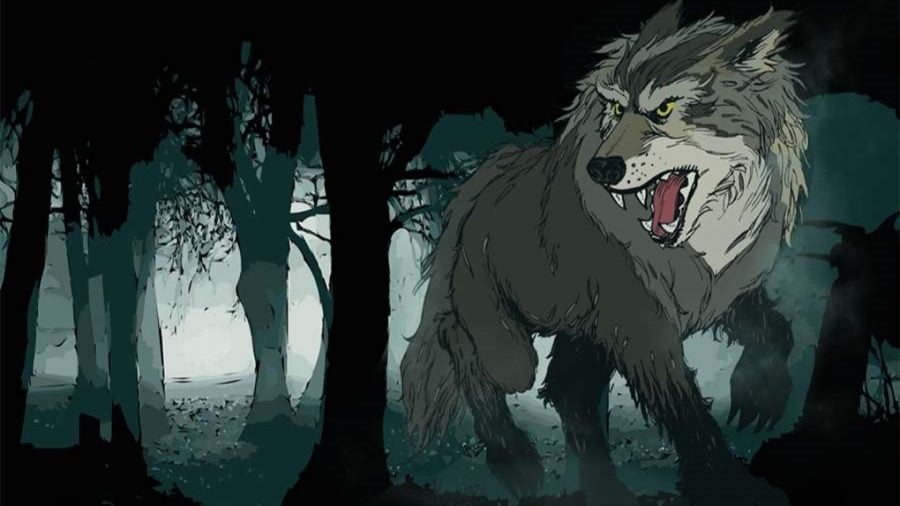 What is a Werewolf 5e?

In D&D 5e, Werewolves have three forms which they can shapeshift between. They can be their regular human (or halfing, or tiefling, all the humanoid races are vulnerable to lycanthropy) selves. They can be wolves. Or they can be in their hybrid forms – more akin to the classic image of a werewolf, a furry humanoid with claws and a snarling wolf’s head.

The curse of lycanthropy tugs at a werewolf, driving it to become a savage beast. A character with a good alignment may be able to resist such a drive, but only those that give in to their urges and embrace their werewolf side (usually becoming evil in the process) can shapeshift at will.

And regardless of a werewolf’s D&D alignment, when the full moon rises they’re forced to assume wolf (or hybrid) shape and go on a rampage. 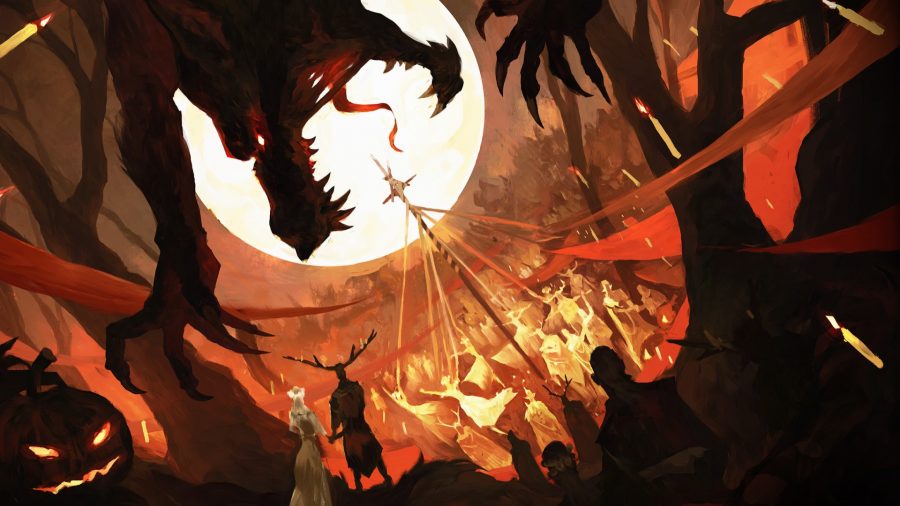 These are the werewolf stats you’ll find in your Monster Manual. The actions a werewolf can take will change depending on what form they’re in, but more of their stats will remain the same.