There is a question that every wargamer must ask themselves. A deep question, a probing question, the kind of question that dictates a lifetime of purchases. Do I like Panzer General-style games? They’re almost a genre unto themselves, and whether or not they offer that tactical itch-scratching that all wargamers crave comes down to each individual – and how they feel about certain gameplay abstractions, and stylistic choices.

There is a lot to like in Panzer General-style wargames, and a lot to dislike, but nearly 30 years as a standard for hex-and-unit wargames means that they’re definitely a part of this hobby that’s not going anywhere.

Today’s offering, a brand new DLC for Panzer Corps 2, highlights everything that is good and bad about these types of wargames, and whether or not this latest edition will be for you comes down to how frustrating or fun you feel the trickier bits of Panzer General-style games can be. Released only this week, the fourth DLC in Panzer Corps 2’s Axis Operations series, 1941, brings players into the underrepresented invasion of Yugoslavia, before continuing on to Greece, and then the infamous Operation Barbarossa. Will the change of scenery be enough to warrant a look for those unsure of Panzer Corps 2’s pedigree? Settle into that Panzer 38(t) and let’s go find out!

What is the core Panzer General-style experience that I keep mentioning? Well, for the uninitiated, Panzer Corps 2 and its many DLC follow in the footsteps of the trend-setting Panzer General and its legendary sequel, released back in 1994 and 1997 respectively. These games brought the hex-and-counter style of tabletop wargaming to the digital realm, with some tweaks to better make use of all the info a computer could keep track of. 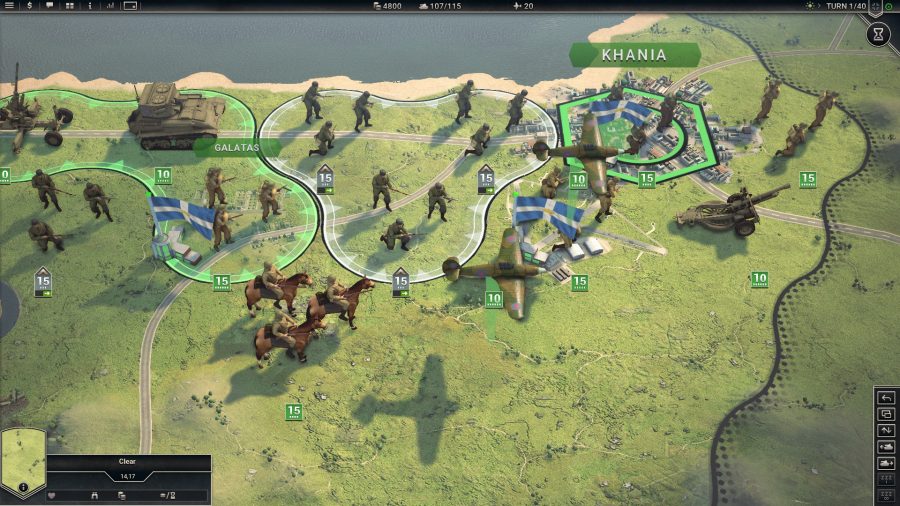 This meant that, while units were still abstracted representations of fighting formations, they now had a plethora of stats to allow for granularity and specialization. Terrain, positioning, the proper expenditure of ammo and fuel, experience, and – perhaps most critically – earning and spending prestige points to maintain a core army from mission to mission; all became staples.

The formula is undoubtedly functional, and leads to entertaining longform wargaming, where you can see your army grow and develop over time. It also really hurts when a tough encounter sends a favourite unit to an untimely grave, giving each mission a sense of gravitas. You could spend your men to achieve a tactical victory, but would it be worth it? As a central conceit, it works really well.

But the board game heritage of Panzer General also lent some frustrating elements to its gameplay. Rather than more fluid representations of modern war, Panzer General-alike games rely on a puzzle-like structure of optimal or near-optimal moves, tied to a tight turn limit, to keep gameplay moving, and tension high. The downside is that it significantly gamifies the business of getting through scenarios. 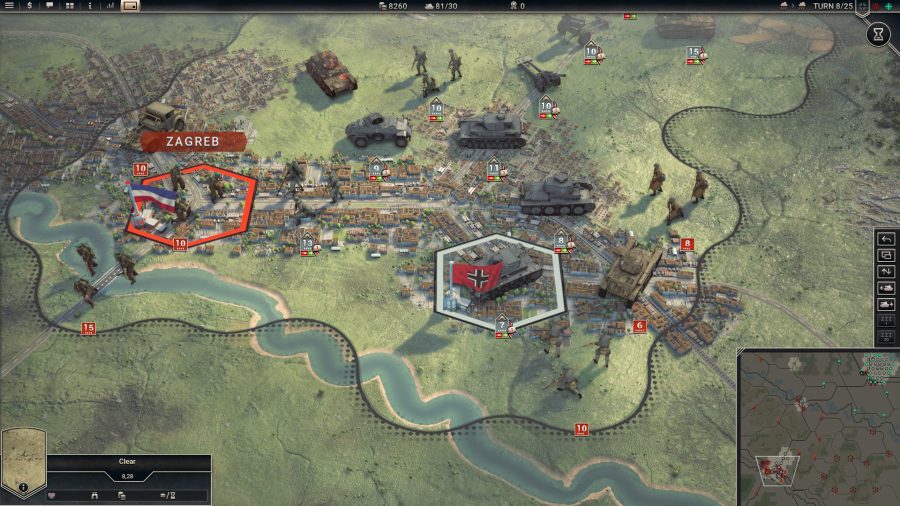 The abstraction of unit statistics into different unique vehicles, coupled with no unit stacking within a hex, also contributes to complaints that these games are more puzzle than wargame. You’ll be spending a significant amount of time ensuring that every unit ends up where it should, to properly support an attack – and it can lead to some odd manoeuvres.

Global conflict: These are the best WW2 games

Those are the major pros and cons of the formula, so what does Panzer Corps 2 – and specifically the Axis Operations 1941 DLC – do with it? Well for one thing, they stick to it, hard. The formula works, at its core, and Panzer Corps 2 leans into it in an attempt to out-Panzer General the original. The Axis Operations 1941 DLC is the fourth in the series and, while there is a totally competent starting army to work from (I used it for the purpose of this review) the game encourages players to start from the beginning and work their way through using the same army. 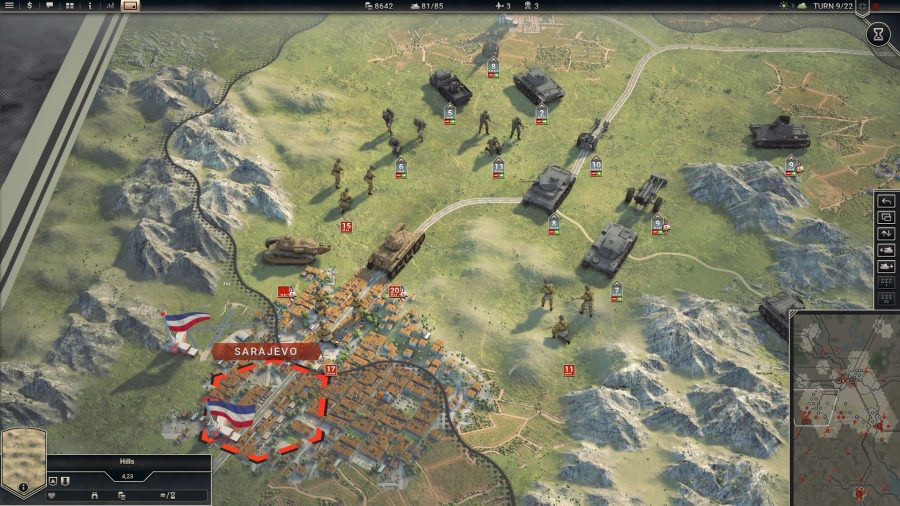 In this way, Panzer Corps 2 reinforces the excellent level of attachment to an army that the old games brought to the table, but turns it up to 11. Heroes add tangible new skills and stat upgrades to their units, special medals received in dire circumstances do likewise, and a detailed record sheet for each unit keeps tracks of its campaigns and kills. It’s nice to see that Panzer Corps 2 put so much effort into army building and refining the RPG elements that work so well.

The scenarios are nothing new mechanically, though they do tread new ground geographically. Your corps will be attacking, defending, maneuvering, and capturing cities in the Balkans and Greece now. Touching on underused historical campaigns is always appreciated, and trying to funnel troops through the mountains to take Sarajevo beats sneaking through the hedgerows of Normandy for the hundredth time.

Greece also offers unique geographical constraints that are fun to try and plan around. The scenarios mostly feel unique and Axis Operations 1941 takes great pains to make opposition units feel appropriate, and specific to the encounters you’re fighting. There is care in the design here, and it shows. 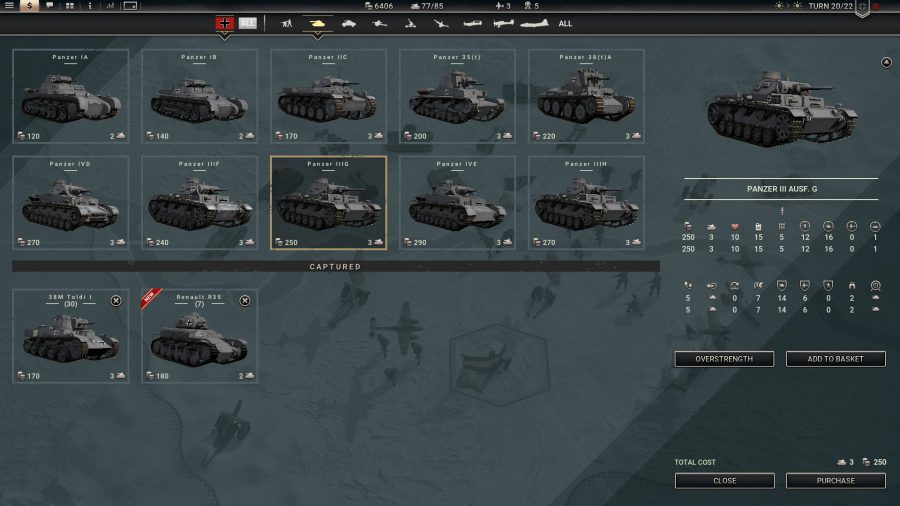 Scenarios do run into the same problem as all Panzer General-style games though. Missions are still tied to tight timers and sometimes the enemy can be given overwhelming forces to ensure there is enough of a challenge for an experienced commander, but overall, I never felt the scenarios strayed into the ridiculous. Panzer Corps 2’s system of improving units actually went a long way to keeping things entertaining through the campaign. For instance, I earned a hero that allowed an artillery unit to shoot twice, forcing me to rethink how I used that unit in my attacks.

In terms of both visuals and sound design, Panzer Corps 2 is excellent. There is a (sometimes) unspoken understanding that wargamers will trade good visuals and sounds for detailed combat models, but there is no reason why we can’t have both. Panzer Corps 2 is one of the few games where I didn’t mute the music or sound effects after playing for hours. The music is jaunty, but appropriate and well done. Visually, the 3D units are recognizable, the terrain is pretty, and the transition to an overhead paper map when you zoom out enough is a nice touch. 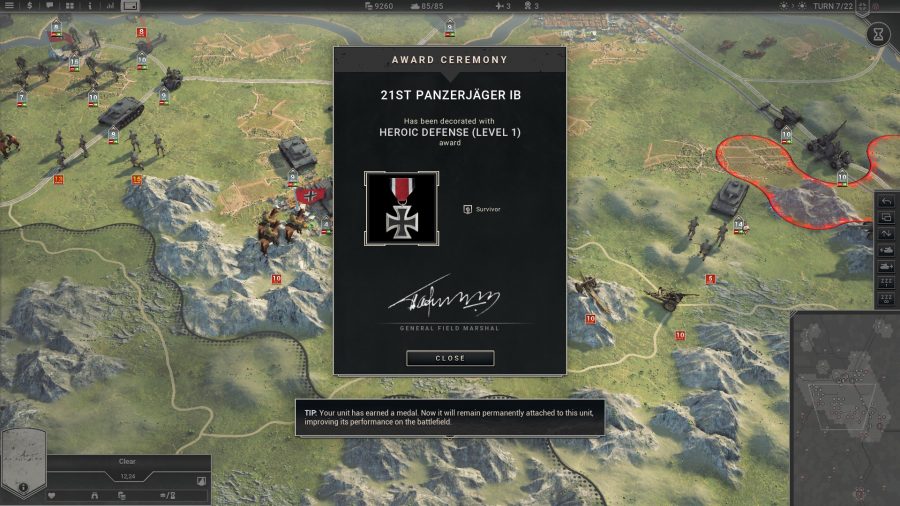 The fundamental thing with Panzer Corps 2 Axis Operations 1941 is that it comes down to whether or not this style of game is up your individual alley. It sets out to faithfully recreate the classic formula and does so well. The core game mechanics are the same as they always have been, and there is nothing here to radically transform that core into something it isn’t.

An instant buy for fans of the series

What Axis Operations 1941 does is introduce a large campaign with underutilized battles. That it does so well, with good attention to what makes these types of wargames fun, will make it an instant buy for fans of the series. For those who have never touched a wargame like this, the core game is an excellent starting point, though the DLC can wait until you’ve cut your teeth there.

PFor those who dislike the puzzle elements, there is nothing here to win you over. As it stands, Axis Operations 1941 does what it always said on the tin, and – if you’ve already sampled that tin’s contents and liked what you found – then there’s a good deal of fun to be had.

Staying true to Panzer Corps 2's tried-and-tested formula, Axis Operations 1941 brings unique scenarios and a refreshing setting to the WW2 wargame, making it a no-brainer for fans of the series.