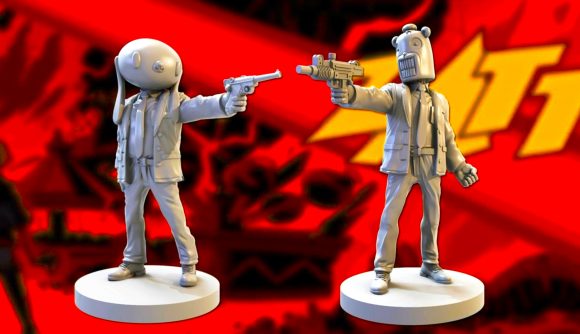 Lately, the world can’t get enough of superheroes – and with brands like Zombicide releasing enough Batman and Marvel minis to save a planet, it seems neither can the world of board games. Monday saw Nottingham, UK-based publisher Mantic Games launch yet another superhero board game on Kickstarter – but these aren’t your colourful, Captain-America-type heroes.

The Umbrella Academy: The Board Game brings to life the popular graphic novel of the same name by Gabriel Bá and My Chemical Romance vocalist Gerard Way. One to five players will soon be able to save the world as the Hargreeves siblings – an adopted family turned into superpowered crime fighters with major familial issues. According to the Kickstarter Page, The Umbrella Academy: The Board Game promises “loads of replay value, easy setup, solo rules, co-operative gameplay, and amazing miniatures”.

There’s currently only one way to pledge towards The Umbrella Academy: The Board Game – and that’s by purchasing the game’s Deluxe Edition for $100 / £75. This gets you the core game, as well as upgraded villain and minion miniatures that are exclusive to the Kickstarter. The Deluxe Edition also comes with two villain expansions and alternate “young heroes” miniatures.

If this sounds like too many minis for your taste, however – Mantic’s social media manager Rob Burman tells Wargamer you’ll be able to pick up the core game for $66.95 / £50 when the game is released for retail in 2023. Backers of the Kickstarter project will reportedly receive their copy of the game around June of next year. 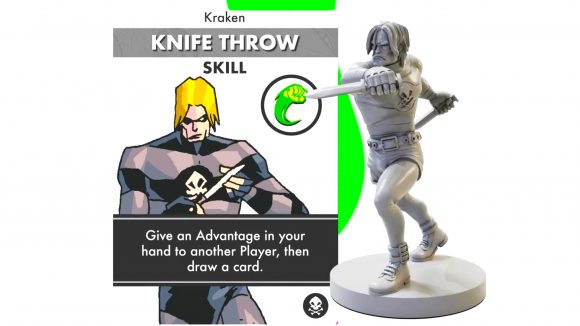 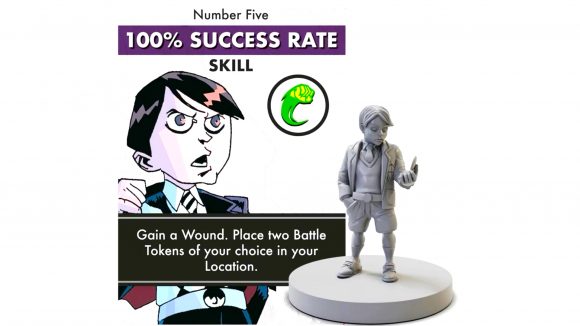 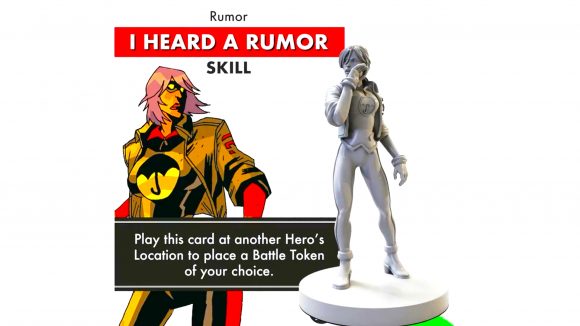 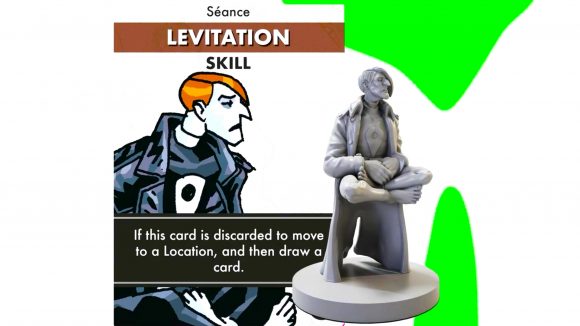 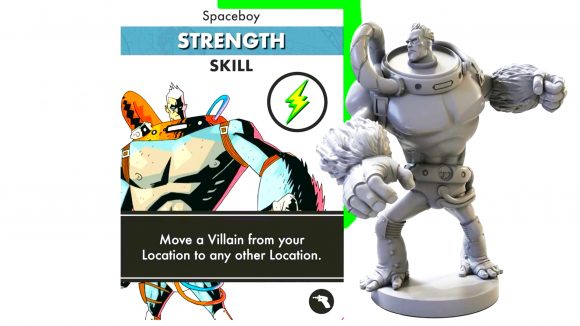 According to Burman, Mantic Games has designed The Umbrella Academy’s board game adaptation around the first two graphic novel collections in the series – Apocalypse Suite and Dallas. The Umbrella Academy Netflix series also lifted a lot of plot points and motifs from these issues – “if you’ve watched the Netflix series, you’ll be familiar with characters like the White Violin”, Burman says. In a previous Wargamer interview, Burman also said that “the characters behave just as they do in the series”.

“The board game is a great opportunity to step into the shoes of the heroes from the Academy”, Burman adds. “Each of them plays exactly as you would expect – so Spaceboy is trying to lead the team, while Kraken is a bit of a loner, for example – and working out how to get them operating as a team is at the heart of the game.” The Umbrella Academy is a co-op board game, but players will have to navigate family feuds as well as saving the world.

Unlike many major Kickstarter projects, Mantic Games has included no stretch goals for The Umbrella Academy: The Board Game. “Instead of funding-based stretch goals, during this project we’ll be adding to pledges with daily unlocks”, the Kickstarter page says. “Starting from day two, keep checking back every day to see what’s been added to your pledge – no matter what the funding total is.” A Kickstarter-exclusive miniature of the family’s talking ape companion Pogo has already been unlocked.

Mantic Games is a tabletop publisher best known for releasing games like Kings of War, Deadzone, and Overdrive. It also released Hellboy: The Board Game, a tabletop adaptation of the aggressively red-inked graphic novel series that also comes from The Umbrella Academy’s publisher Dark Horse – so heroes with parent problems is clearly a special subject for Mantic. Burman says that, after The Umbrella Academy, Mantic is about to launch a second edition of its Sci-Fi wargame Firefight – with more details to come soon.

Want more Umbrella Academy updates? Check out Wargamer’s initial announcement. Or if it’s more board games you’re after, we’ve got an ongoing guide to the best board games around in 2022.