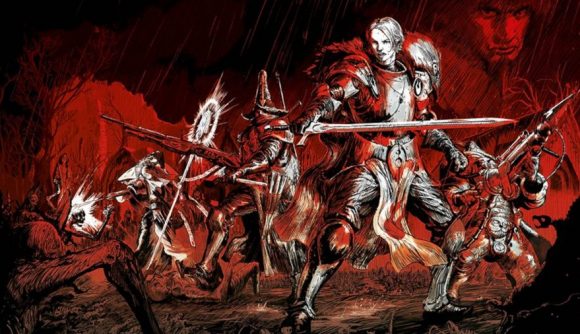 Warhammer Quest: Cursed City will make a return next year. The boxed miniatures dungeon-crawler, which was released by Games Workshop earlier this year before quickly being shelved among some controversy, is to be reprinted and receive additional expansions, according to a Warhammer Community post published earlier today.

No specific release date has been given, other than the very large window of 2022. The framing of the announcement and its accompanying images implies these second printings of Cursed City will match the contents of the original game. It won’t release alone, however, but be accompanied by expansions (that’s right, plural) exploring the city of Ulfenkarn and the fate of antagonist Radukar further.

Cursed City has become something of a sticking point in the Warhammer community. Released in April this year after months of marketing hype and advertisement from Games Workshop, the boxed set quickly sold out online. Five days after its release, while fans waited for restocks to appear, Games Workshop announced via Twitter that the game had been shelved, retroactively positioning it as a standalone, limited-run boxed set.

Many fans had assumed the game had a long life ahead of it, as Games Workshop’s marketing had suggested, and presumed it would receive episode expansions, as its bestselling predecessor Blackstone Fortress had done. Instead, the game largely disappeared from Games Workshop’s publicity material, while a handful of its miniatures were resold separately. 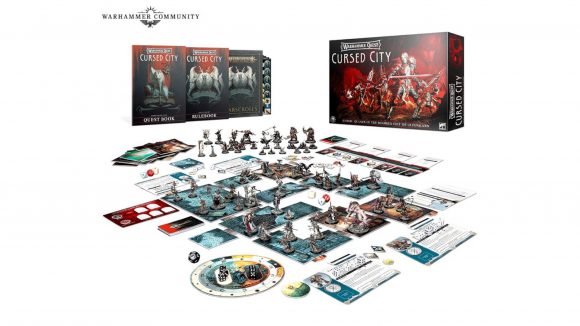 This latest Warhammer Community post gives no more specifics as to why the game was suddenly shelved, and we’re unlikely to ever receive one. However, given Games Workshop was able to resell some plastic miniatures separately after launch, while none of the game’s paper or cardstock components were seen after its first print run, some have pointed to the global shipping delays that have plagued the tabletop games industry this year as the culprit.

Further news on Cursed City will be announced in the new year. In the meantime, read our editor’s thoughts on why the whole situation proved its high time that Games Workshop became a little more straight-talking.