They say that in space, no-one can hear you scream. After playing Alien: Fate of the Nostromo, the new co-operative board game from Ravensburger, we have to somewhat disagree; the table next to us in the board game café couldn’t help but overhear our yelps of terror and delight as we stalked through the corridors of the Nostromo and dodged the advances of the xenomorph.

We sat down to play this new Alien-themed board game with our good friends over at The Digital Fix, who know a thing or two about the best Alien movies. In terms of respecting the theme of the movies, we all agreed that Ravensburger had done a good job of keeping the spirit of the sci-fi franchise intact, and while the rules were relatively simple, the mechanics of the game did a good job of reflecting the bleak atmosphere of the iconic 1979 movie.

Fate of the Nostromo is based on the events of that first Alien movie, so there are no Colonial Marines or Predators to think about here. Instead, we’re looking at a one-to-five-player board game where each player takes on the role of one of the film’s main characters: Brett, Dallas, Lambert, Parker, and (of course) Ripley.

Each character has a predetermined number of actions each turn, but these actions can be spent in a number of ways, including picking up and dropping items, crafting, and most characters have a special move that only they can do. 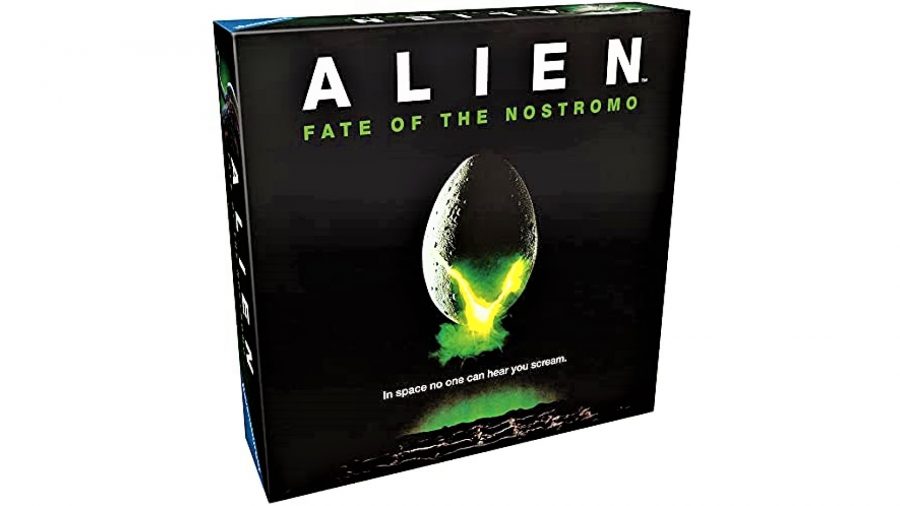 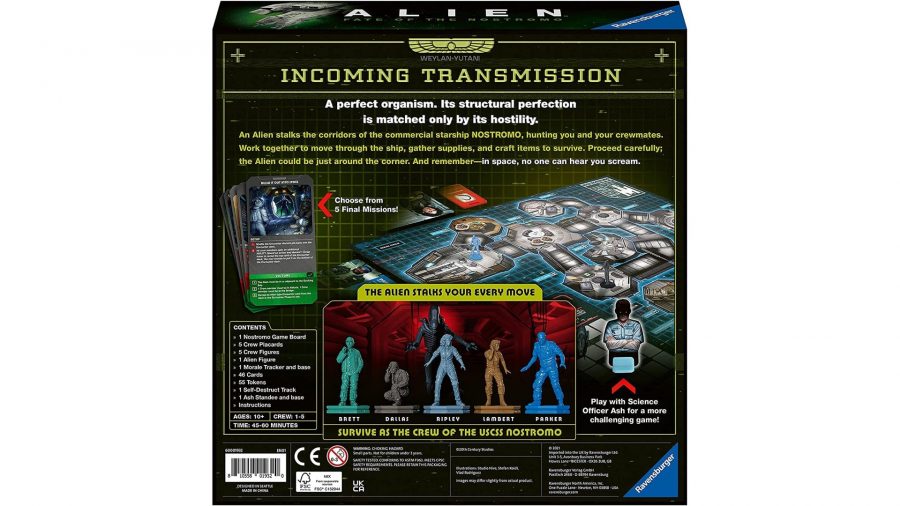 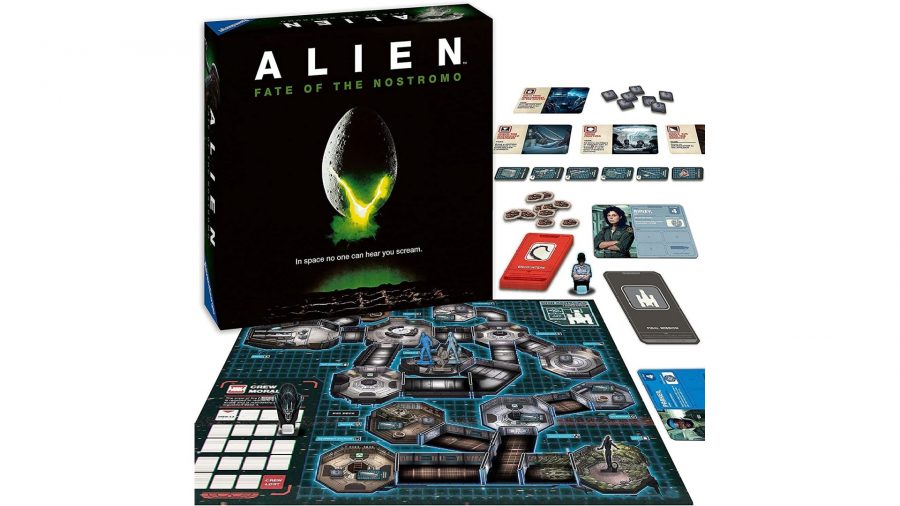 Depending on the number of players involved, there’s a series of tasks you must complete (mostly carrying specific items from one room to another) before the final objective comes into play. Beat that, and your crew will win the game, standing triumphantly over the twisted mess of glistening black plastic that is your bested extra-terrestrial foe. Naturally, it’s not that simple – not least because said giant xenomorph spends its time chasing you all around the ship, gleefully ruining all your best laid plans.

careful, considered use of special abilities and team movement is essential to survival

Things get really sticky when the alien corners one of the team. Instead of that player taking damage or meeting a grizzly death on their own, the team’s collective morale drops. Once this morale hits rock bottom, the game ends and the alien prevails – so it’s important for the crew to work together to minimise the number of encounters you have with the gangly xeno. We really liked this system, as it ties the fate of the crew together very elegantly; nobody has to die early and sit out half a game, and it forces the team into deep cooperation, where careful, considered use of special abilities and team movement is essential to survival.

There’s a crafting element to the game, but it’s pretty light and dead easy to grasp. Players have to grab scrap from different rooms around the ship, then convert this scrap into items seen in the film, such as flamethrowers and electric prods. Most of the in-game items tied into the theme very nicely, and – one or two quirks aside – we were generally quite pleased with how Ravensburger’s designers managed to blend style and content to create a cohesive experience that reflected its source material. 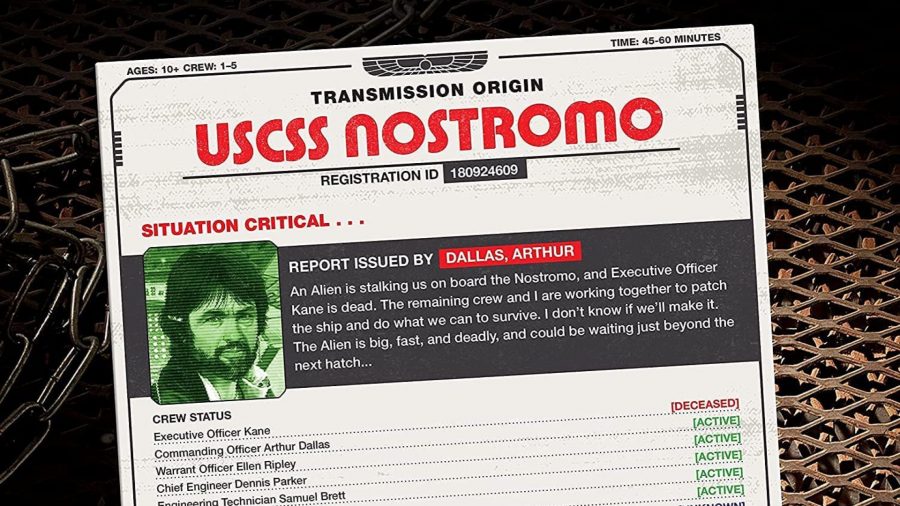 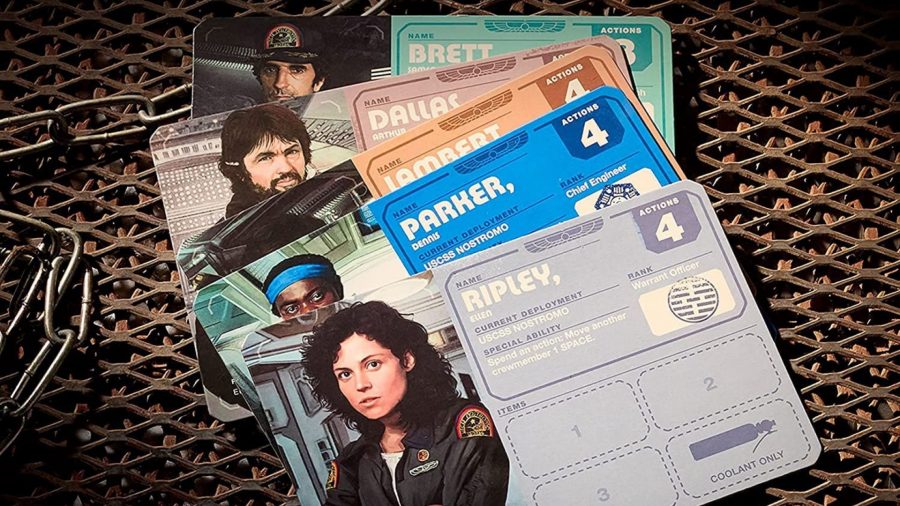 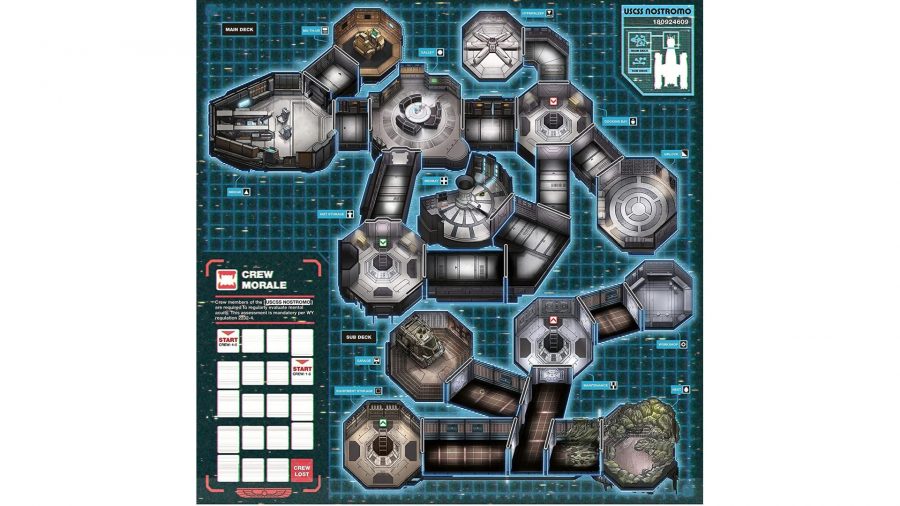 It’s not a long game, with a full playthrough likely to take around an hour, and the streamlined rules makes it fairly easy to pick up and get playing, without too much time spent buried in the rulebook. Moreover, the components are of an acceptable quality, considering the relatively inexpensive RRP of the game ($29.99 / £29.99 – sorry, Brits), and the minis are detailed enough that a capable model painter will have fun bringing them to life, thus adding even more flavour to the experience.

Parental advisory: These are the best board games for adults

Our playthrough with the team from The Digital Fix ended with a full crew wipe. After one too many encounters with the xeno, our morale hit rock bottom and the alien took us down. We didn’t mind, though, and this harrowing conclusion only reinforced our impression that the Alien license had been deftly handled by Ravensburger. All told, Fate of the Nostromo is a straightforward, entertaining co-op sci-fi thriller with enough replayability to make the price of entry easier to swallow than an egg from a facehugger. 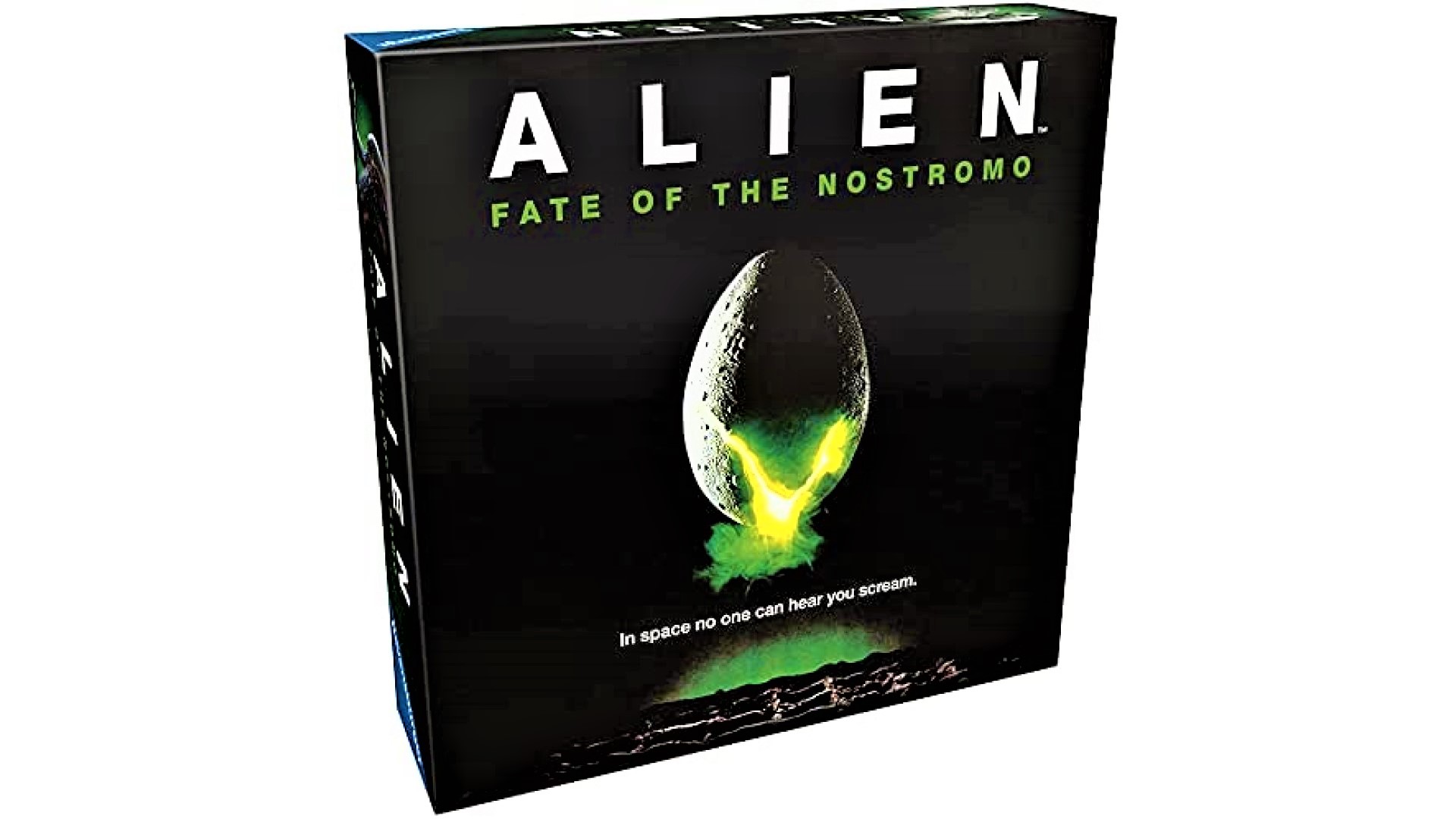