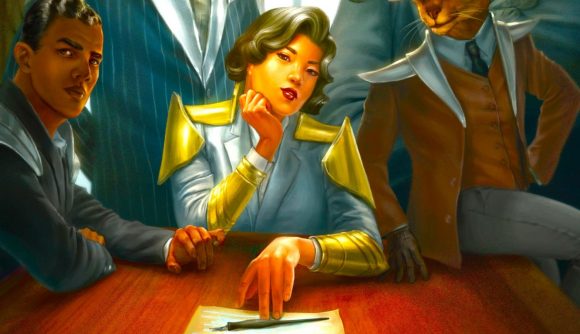 In an ongoing dispute over leadership at Hasbro, asset management firm and 2.6% Hasbro shareholder Alta Fox Capital Management has once again lambasted Hasbro’s management of subsidiary Wizards of the Coast (WotC). “Investing only $1 billion / £806 million into WotC over the last five years is not nearly enough,” Alta Fox said in a statement through Business Wire on May 18, “as WotC has incredible reinvestment opportunities into its core franchises of MTG and D&D”.

Alta Fox began its public criticism of Hasbro back in February with a proposal to spin off Wizards of the Coast into a more independent entity. This presentation also nominated five new board members – but Hasbro rejected all proposals, saying the changes “would negatively impact the benefits Wizards realises today”. Hasbro also released a shareholder letter on May 18, stating “Alta Fox’s nominees do not have the necessary skills for Hasbro’s board”.

Further shareholder letter critique from Hasbro on April 25 argued the inferiority of Alta Fox’s nominees, and its most recent shareholder letter repeats this point. But while Hasbro’s shareholder letter from Wednesday focuses on the strengths of its existing directors, Alta Fox shared a point-by-point teardown of a recent Hasbro presentation, including comments on the D&D Beyond acquisition.

Hasbro’s presentation used the acquisition as an example of “both the Board’s and Chris’ [Cocks, Hasbro CEO and ex-WotC president] disciplined approach” to investment.

“We question how the Board can possibly claim victory on the D&D Beyond acquisition and tout that it represents an example of strict financial discipline when the acquisition has yet to close and the company refuses to disclose D&D Beyond’s revenue and EBIT (earnings before interest and taxes) on a pre- or post-acquisition basis”, Alta Fox replied.

The quoted Hasbro presentation reportedly says “Alta Fox does not understand how successful Wizards has been because Wizards has been part of Hasbro”, and it cites a 150% growth for Magic: The Gathering as evidence. According to Hasbro, MTG’s best year ever financially was “driven by Hasbro’s over $1 billion investment in Wizards over the past five years”.

Alta Fox takes aim at this statement also. “Not only do investors have no way of validating this claim or have any visibility into how the capital was allocated due to exceptionally poor disclosure,” it says, “but it completely ignores that Hasbro invested well over $5 billion / £4 billion into its consumer business since 2018 – with nothing to show for it except declining consumer revenues”. 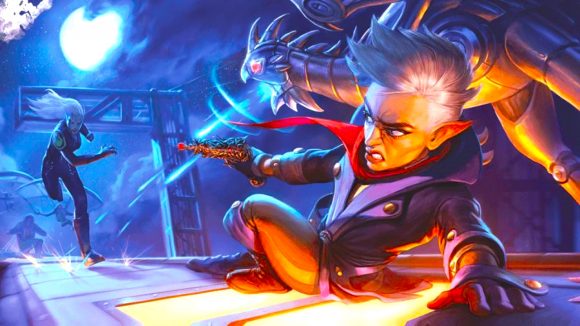 The dispute between Hasbro and Alta Fox will come to a head at the company’s annual meeting on June 8. Hasbro’s most recent letter urges shareholders to vote on a white proxy card that favours its chosen board members, while Alta Fox promotes a gold proxy card representing leadership changes instead.

You can read Alta Fox’s full statement at Business Wire, and the most recent Hasbro shareholder letter is available on its website.