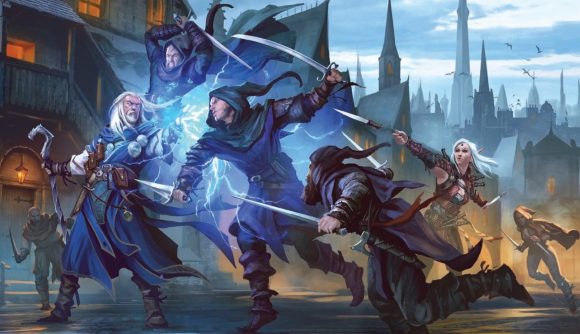 Been waiting for an opportunity to give Paizo’s venerable D&D-alike Pathfinder 2E a go? Well, you found it: there’s just one day left to grab this digital Pathfinder books Humble Bundle – the lowest tier option of which will give you a digital starter set, as well as a setting book, a starter scenario, a set of character sheets, and two sets of gridded playmats, all in PDF form – for $5 / £3.68.

The next tier up, at $15 / £11.04, also gets you a novel, two more sourcebooks, two more scenarios, and a stack of extra playmats. Level up to $30 / £22.08 and you’ll get 27 total items, including new additions the Pathfinder GM screen, a piratical one-shot adventure titled Sundered Waves, and a collection of 150 full-colour pawns to use in-game.

Go the whole hog, though, at $50 / £36.80, and (in addition to all that gubbins) you’ll get digital copies of the Pathfinder 2E core rulebook, the Bestiary, the new Lost Omens World Guide, and the Core Rulebook for sci-fi sibling game Starfinder – as well as a real-life, physical version of the Pathfinder Beginner Box. It’s a hefty pile of stuff.

You’ll have to act fast to nab the bundle, though – it’s only available until 2pm ET / 7pm GMT on Saturday, January 8. 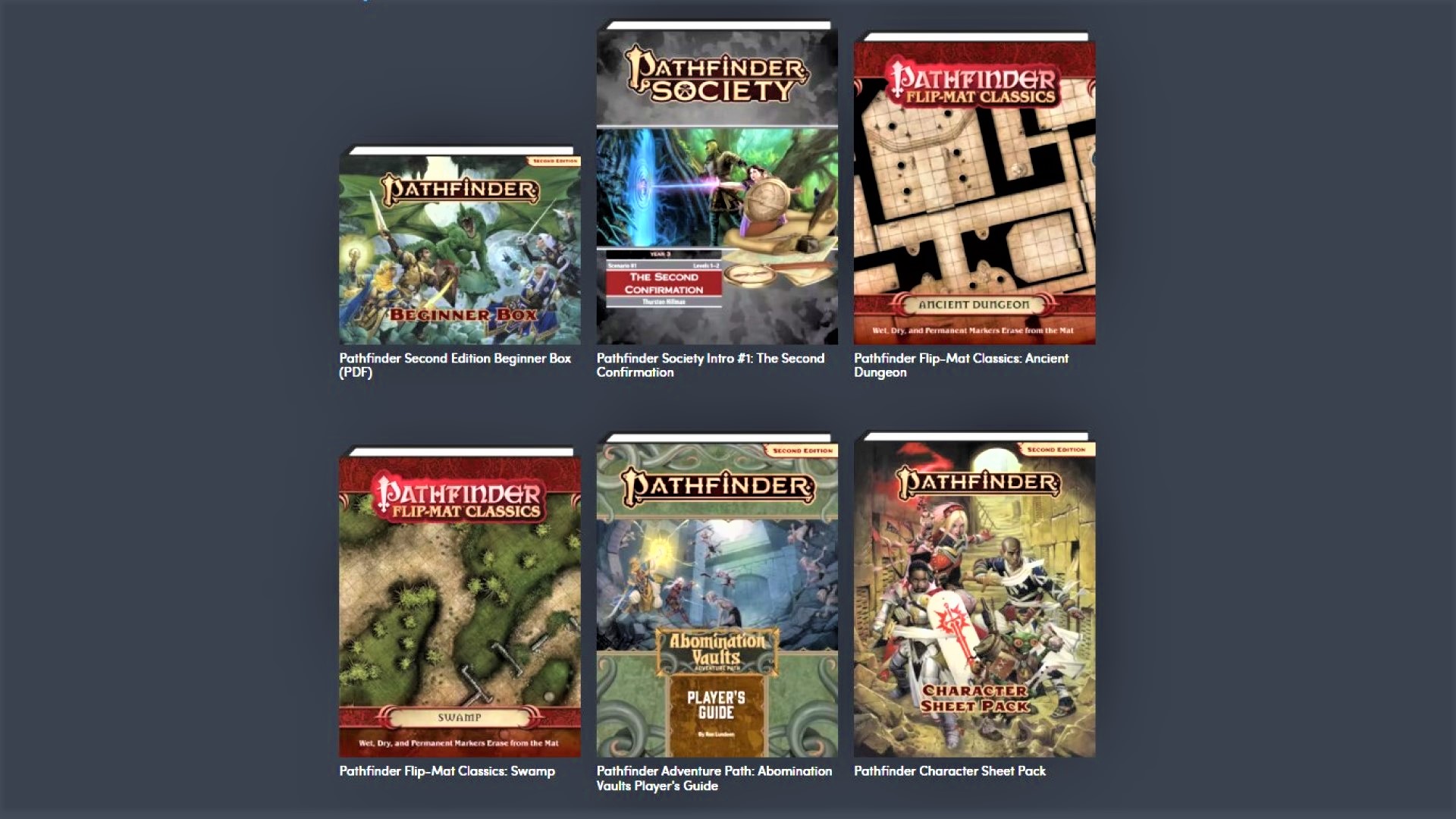 If you’d rather just grab the physical version of the beginner box (read: starter set) to try it out with your friends, before loading up on digital adventures – you can scoop it up on Amazon for around $40; but, frankly, get the Humble Bundle if you can – it’s a BIG pile of extras for just ten bucks more.

And, if you do – check out our guide to Pathfinder classes to get you and your party started.