One of the most telling things about wargaming is the fact that the hobby has a term for the old, hardcore fans – the stereotypical grognard – but none for the fresh recruit or the new convert. The hobby is greying, and fast. Where are all the doughboys, you might ask? Playing eurogames, probably.

Wargaming has, for a variety of reasons, failed to rise alongside the tide of board gaming’s new golden age. While the rest of the industry has been buoyed by the mainstreaming of geek and hobbyist culture, wargaming has languished, a rump state in the ruins of a once glorious empire. What wargaming desperately needs is an ambassador to board gaming proper, something that can act as a Trojan Horse for the shy but curious potential wargamer. Root could very well be that game.

Originally released in tabletop form in 2018 to both widespread popular and critical acclaim, Root is a game of woodland warfare and strategy in which four asymmetrical factions battle for control of the forest. With its brisk playtime, straightforward design, and flat-out gorgeous fairytale-esque art, Root has earned the immense praise that has been heaped upon it since its release.

Though the game has been floating around on Tabletop Simulator for a while, Root has now received an official Steam port by Dire Wolf Digital. Retailing for $15, this Steam incarnation will make one of the best board games of the decade accessible to a wider audience. 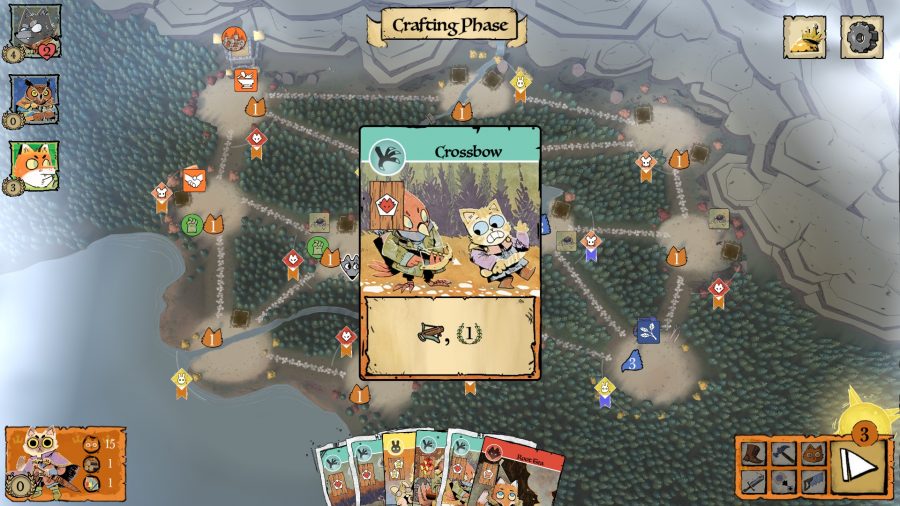 Any Port in a Storm

No matter how good the tabletop version is, though, everything can fall apart if the port is poorly implemented (yes, I’m looking at you, Catan Universe). Luckily, Dire Wolf Digital has done an admirable job converting Root to PC, keeping the experience light on bugs and incorrectly implemented rules. The inclusion of a decent single-player and a challenge mode with a few interesting scenarios is also a plus.

Where the port falls short, however, is in its transition to 3D models. While the attempt is admirable for what was likely completed with a shoestring budget and a small team, Root’s digital edition fails to capture the idyllic storybook-style that so defined the original and made it not just a compelling game, but a pleasing art-object to set up on the table.

Because of this, it’s preferable to play with the camera drawn back to its furthest extent, hiding the clunky models from view, and replacing the units and tokens with small icons. Not only does this allow you to see the entire expanse of the map (a near-necessity), but it also just plain looks more pleasing than the close-up view. 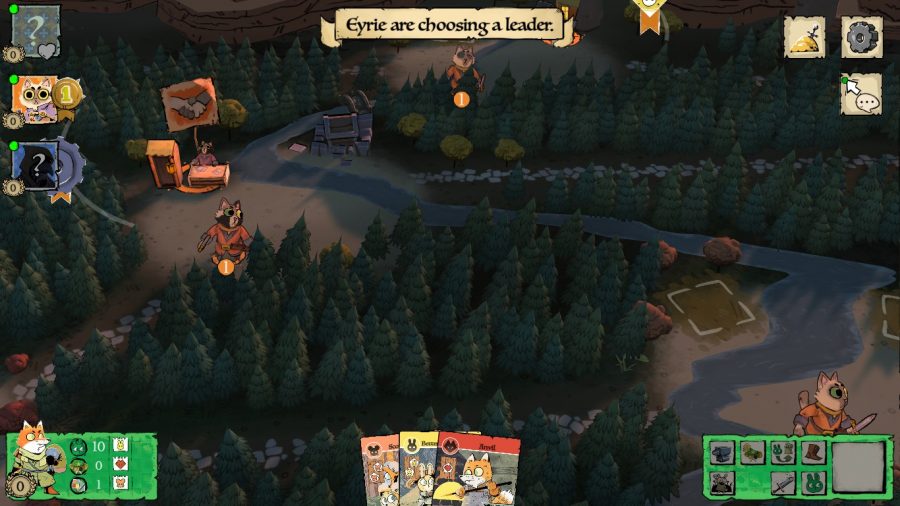 The only other major annoyance is the game’s battle animations, which seem fine at the outset, but quickly become tedious and repetitive. These animations play whenever you are involved in a battle – the screen cuts away to an animation that shows and calculates the dice roll, representing this by showing little 3D birds, cats, and bunnies scuffling for control of the clearings.

While the animations look fine enough, after watching the same animation play for every single battle, it will begin to test the player’s patience. Luckily, there is a ‘quick battles’ setting that skips the fluff and speeds up the process considerably. 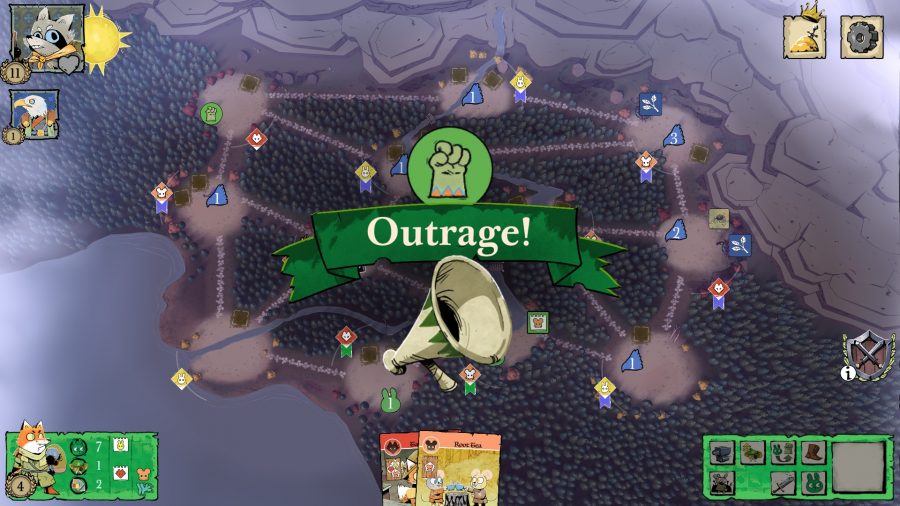 NOT YOUR DAD’S WARGAME

Visually, Root doesn’t look like your traditional wargame. Instead of tokens with NATO symbology, there are devious cats, angry birds, and cuddly mice. But don’t be fooled, this is not ‘Baby’s First ConSim.’ The cutesy façade belies a deep and chaotic asymmetrical wargame that combines both conventional and counter-insurgency warfare.

Notably, the game has drawn praise from some well-respected wargame designers like Harold Buchanan and Volko Ruhnke (of Labyrinth and A Distant Plain fame). In fact, some have gone so far to compare it to the popular – but painfully dense – COIN (COunter INsurgency) series by GMT games, if with a more family-friendly appearance. The comparison is mostly good-natured hyperbole, but only because the relatively simplistic COIN-style dynamics play only a small part in Root’s overall gameplay.

Root’s central design thesis is simple: a wholesale embrace of finely tuned and expertly balanced asymmetrical gameplay. Each of the four factions in Root – the conquering Cats under the leadership of the Marquise, the fractious Birds of the Eyrie Dynasty, the downtrodden critters of the Woodland Alliance, and a wandering wildcard Raccoon known only as the Vagabond – play in a radically different way. 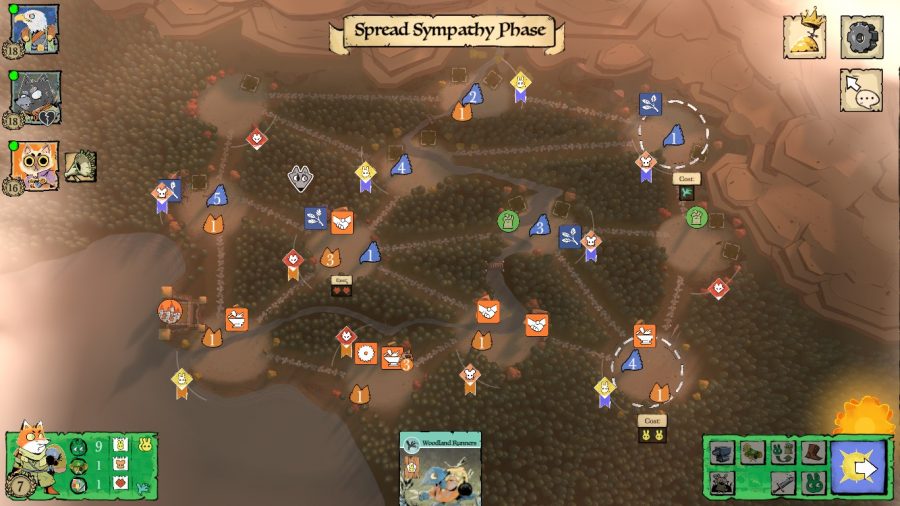 Fielding a large and highly mobile army, the Cats begin as the dominant conventional force on the board, their enormous industrial and military potential stretched razor-thin across a wide domain. Opposite them, the fractious, squabbling birds of the Eyrie Dynasty prepare for a blitz through the forest. Their ‘decree’ mechanic allows them to perform a complex series of actions every turn, but if the player is unable to achieve all parts of the decree, their government will collapse in turmoil.

While these two factions duel it out to settle old scores, the Woodland Alliance spreads ethnic strife, building loyalty among the various other creatures chafing under the yoke of both the Marquise and the Eyrie. While the Alliance starts off with no presence on the board whatsoever, it can bide its time building sympathy in the woodland clearings, before exploding into open revolt and establishing a guerrilla force to battle the more conventional forces. All the while, the Vagabond plies his trade, buying goods with all the factions, and slipping between the battle lines of the forest. A nomadic trader, he can use the chaos to leverage influence, make alliances, and hinder opponents that grow too strong. Unlike the other factions, who move from clearing to clearing, the Vagabond can slip into the woods that lay between the terrain. 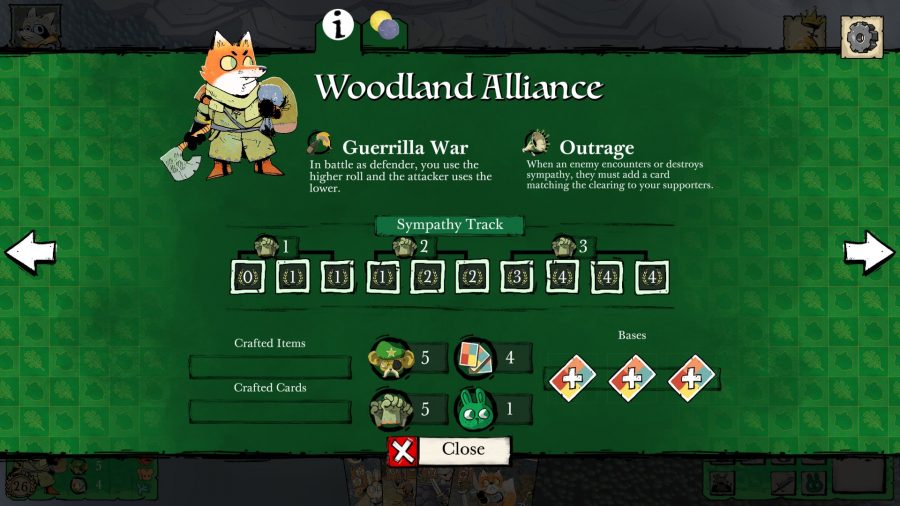 The Art of Asymmetry

With each faction playing in such a fundamentally different way, Root feels like three chess games being played on top of each other. The first layer of conflict is the conventional war between the Marquise and the Eyrie. In this, the Marquise will inevitably be pushed back by the explosive potential of the Dynasty and will be forced to protect its industrial base – while the Eyrie attempts to unseat its rivals without pushing its luck to the breaking point and forcing a collapse.

Once the Alliance hits the board, clearing them out is difficult

Beneath this wrestling match between the major powers is the Woodland Alliance’s growing insurgency. For most of the game, the threat of the Alliance’s revolt ability looms menacingly over the woods. This allows it to wipe out all the pieces from a clearing where it has support and place down its own troops, preventing the conventional factions from falling into a Risk-style border build-up, in which both sides amass all their forces directly on the narrow frontline.

Once the Alliance hits the board, clearing it out is a difficult and pyrrhic prospect. Its faction ability to reverse the game’s normal dice resolution turns the built-in attacker advantage on its head. 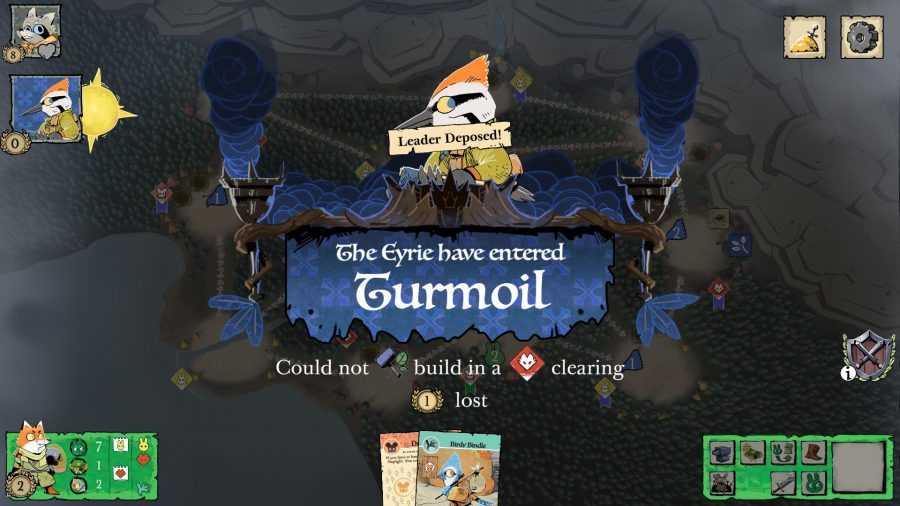 While all this is happening, the Vagabond is playing a different game entirely, searching out items, and moving across the map. But his mechanics interact with the other factions so that he plays like a kind of middleman, operating between the traditional lines of the forest, working towards his own objectives in ways the other factions cannot – occasionally trading, occasionally harassing.

Give the gift of war: These are the best wargame gifts of 2020

When these layers intersect and the factions begin to interact with each other, Root takes on a frantic tempo. Each faction scrambles to try and take control of the unravelling situation, making gambles based on how hard to push their unique advantages and drawbacks, and how fast. By the end of the game, each player will be trying desperately to cling to their own little forest fiefdom, while racking up as many points as possible, as quickly as possible. The chaos makes for an engrossing – potentially friendship ending – multiplayer experience. 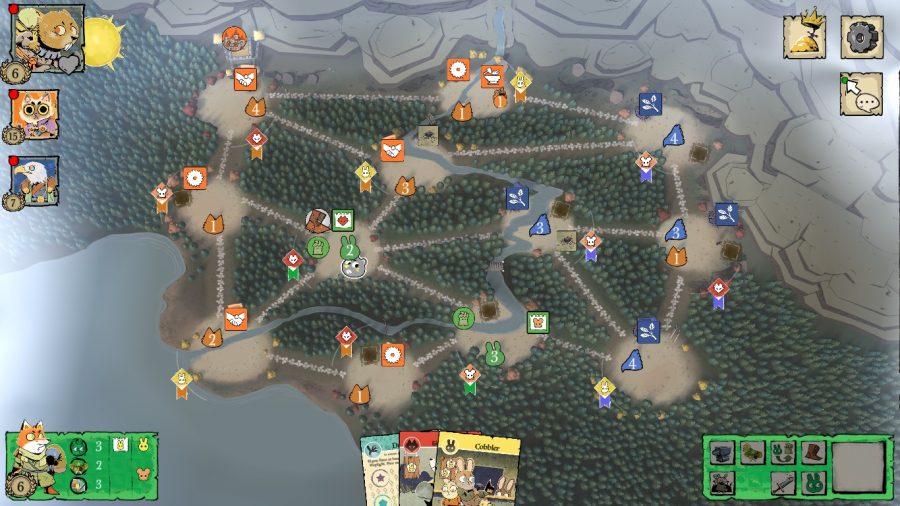 Even though the digital port fails to capture the eye-popping aesthetic of the original, Root is just as fun on Steam as it is on the table. With two expansions for the physical game, there is a strong possibility we will see updates and potential add-ons later down the line.

If you’re a grizzled grog, don’t overlook this one just because of the storybook-like facade. In fact, lean into it. Root’s greatest strength is that it doesn’t look like you need a graduate degree in late 19th-century warfare to enjoy it. So, get your foot in the door and trick your friends into playing this fun, short, and lightweight wargame.