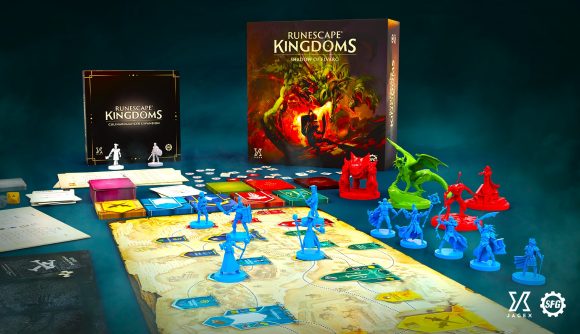 A press release from Steamforged says the Kickstarter campaign will be “gamified”, and backers will be able to unlock Kickstarter-exclusive cards through a voting system. This system involves exploring Gielinor, the world in which most RuneScape is set. The Kickstarter will also reportedly offer exclusive content across three pledge levels: ‘core’, ‘gameplay all-in’, and ‘deluxe all-in’.

The core pledge costs $80 / £65, and it offers the core game’s “replayable 12-hour campaign” – along with the Kickstarter-exclusive ‘Culinaromancer’ expansion and all the unlocked Kickstarter cards. “Players will explore the kingdoms of Asgarnia and Misthalin as an open world over multiple sessions”, the press release says, “embarking on quests and side quests, levelling up skills, and encountering iconic bosses like TzTok-Jad and Elvarg.”

The ‘gameplay all-in’ pledge adds three additional expansions to the core pledge – the TzKal-Zuk expansion, the King Black Dragon expansion, and the Kalphite Queen expansion – to create a 24-hour-long campaign. Unlike the Culinaromancer expansion, none of these will be Kickstarter exclusives.

Steamforged also says the expansions will also include “iconic videogame NPCs, such as the infamous Wise Old Man” and “new game mechanics in the form of new skills”. Adding the Kickstarter cards on top, this pledge level will cost $150 / £122. 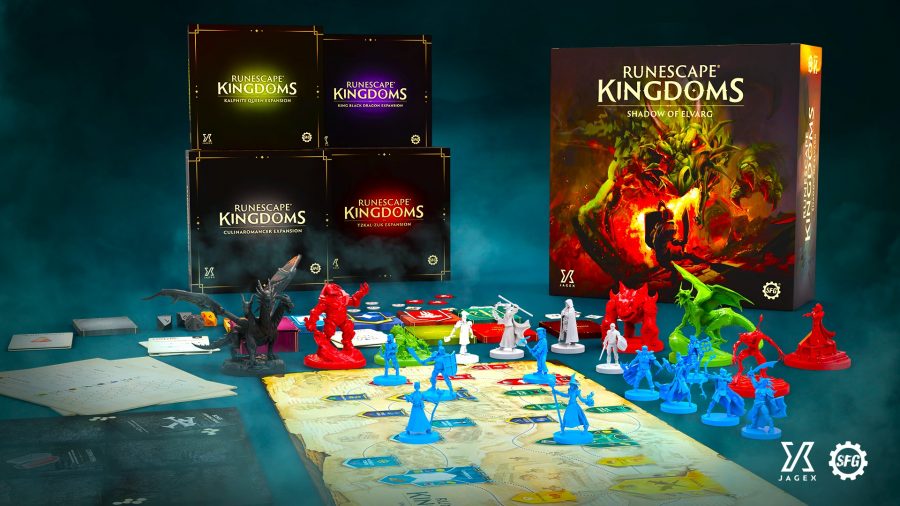 When trying out the board game, Wargamer learned the game is designed to be run in several campaign sessions, with each taking around three hours to complete. Project lead Jamie Perkins and lead developer Fraser McFetridge explained players will spend around 75% of a campaign exploring the world, and the rest will focus on a boss encounter.

Simply the best: These are the best board games of 2022

The board is designed as a world map that lets you travel between RuneScape’s most famous cities, collecting resources and exploring. Many of the game’s memorable quests and characters can be found here in side quests, random events, or simply woven in as design elements. Death may steal your things and leg it to the other side of the board, or you may get a surprise visit from the Sandwich Lady – all while the haunting face of the Gnome Child stares at you from atop a deck of cards.

The 2000s RuneScape graphics have been used in several places in RuneScape Kingdoms – it’s a fun nostalgia trip injected into an otherwise streamlined visual design. Additionally, some of the gameplay mechanics have been used for more ‘meta’ purposes, such as recreating the feeling of meeting another ‘noob’ player. 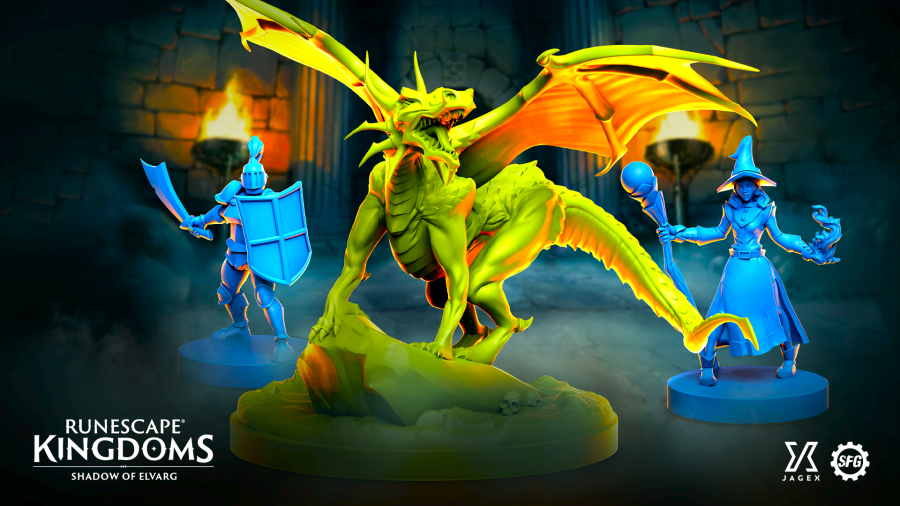 On the flip-side of the board is a boss room, divided into nine squares you (and the big bad) move around in during combat. While the miniatures-focused boss fights echo other Steamforged titles like Dark Souls: The Board Game in ways, there are several unique features.

For example, you won’t just need your combat skills for a boss fight – other skills provide benefits that can change the initiative order of combat or solve a specific problem faced in a boss’ unique, multi-phase cycle. When Count Draynor jumps into his coffin mid-fight, you’ll need more than just a sword and shield to get him out.

You have my bow: Here’s the best common DnD weapons 5e

In the preview, Perkins and McFetridge said RuneScape Kingdoms aims to be accessible for new board game players. This means, instead of a crunchy combat simulator with a checklist of baddies to take out, the RuneScape board game feels driven by its narrative.

The few changes to RuneScape canon that were made seem to reflect this. Perkins and McFetridge said RuneScape Kingdoms remains faithful to the original videogames, but details were tweaked to spend more time with popular RuneScape characters, as well as give a more coherent story to what was in the videogame, simply a string of unrelated quest lines.