There she is, a 15,000-ton beauty. It’s night time, and her escort has no idea we’ve been trailing them for hours. The distance between them grows as the late hour makes work sloppy. It’s now or never. Give her a full salvo, from the front and the rear tubes. Peering through the periscope, I try to track our shots. It’s difficult in the gloom. They should be connecting now…several hits…no detonations. I once again curse our shoddy torpedoes. No time to think about wringing the neck of those stiffs back home, it’s time to run. The escort is already closing. This could be a short patrol…

GMT and Gregory M. Smith’s Silent Victory is the second game in what is now a 4-game series of solitaire submarine war games. Silent Victory focuses on the US submarine service from the opening days of the war in the Pacific all the way through to 1945.

Take your captain and your boat through patrol after patrol, sinking ships, performing special missions and escaping escorts over a persistent campaign that only ends with the war, your death or – god forbid – your dismissal. As you play, different torpedoes, submarines, and equipment will be made available to your captain, giving a sense of progression to your campaign.

At the same time, the enemy changes along with you, and what might lead to success in 1942 could backfire in 1944. The large variety of boats (these are double sided) and captains, in turn, make Silent Victory very replayable, as long as you enjoy the core loop and narrative elements.

The main focus of the game is the campaign. You could play one-off sessions, but a lot of the charm is lost that way. The campaign brings weight to player decisions and allows for the game to change over time. This is a narrative wargaming experience, meaning that a great deal of the joy will be derived from the story you create through your unique journey though a campaign. There are interesting tactical decisions to make, but not enough to sustain the game as a simple stand-alone scenario playthrough. 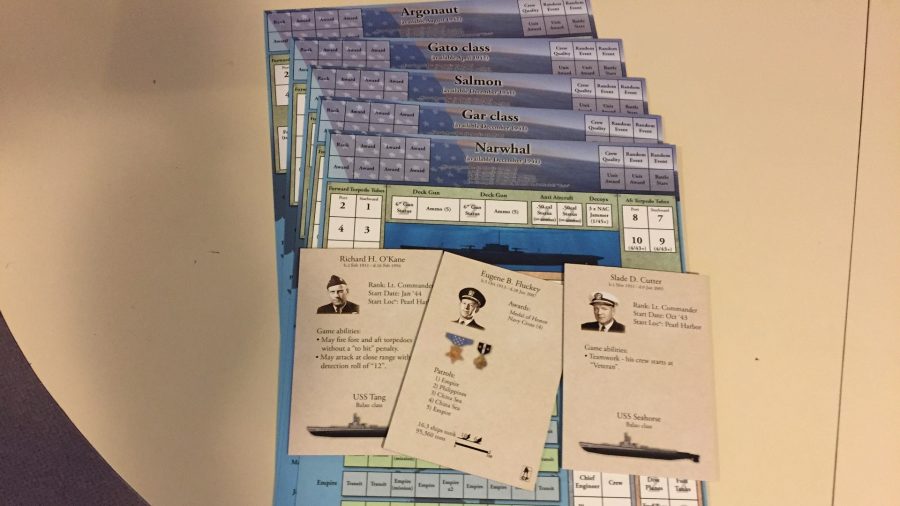 Luckily, the structure of the campaign, and the whopping 9 different vessels included in the box (and fan subs on BGG) there is a massive amount of replayability. If you’re the more competitive type, the game even includes several real life captains that you can take control over while attempting to outdo their actual records (I think you have it easier than them by a tiny bit, though).

The mechanics of individual patrols are straight forward. After initially selecting your boat, which dictates start date and other variables, you roll on a chart to see what patrol has been assigned to you. Performing the patrol has you moving your marker from location to location, rolling for potential encounters.

Select targets, select your attack, and hope that the dice gods are with you

If you should come upon some prime merchant shipping, or warships or air power for that matter, then the action slows down. The time of day of the discovery is taken into account, and you can try to opt to wait for night time to better your chances of approaching undetected. When you do approach, you select targets, select your attack, and hope that the dice gods are with you.

This is, of course, an accurate representation of early war American torpedo issues. As the war progresses it gets easier to hit as the weapons themselves improve. Some might find this to be anti-climactic in terms of game difficulty and progression, but I find it imparts a sense of accomplishment as the difficulties of the opening days recede.

There are other special missions like rescuing VIPs or mine laying, but the core gameplay revolves around the same patrol loop. There may not be much variety, but an overall campaign doesn’t last especially long. There’s plenty of opportunity to change up your vessel and start date, weapon load out, and extra rules. 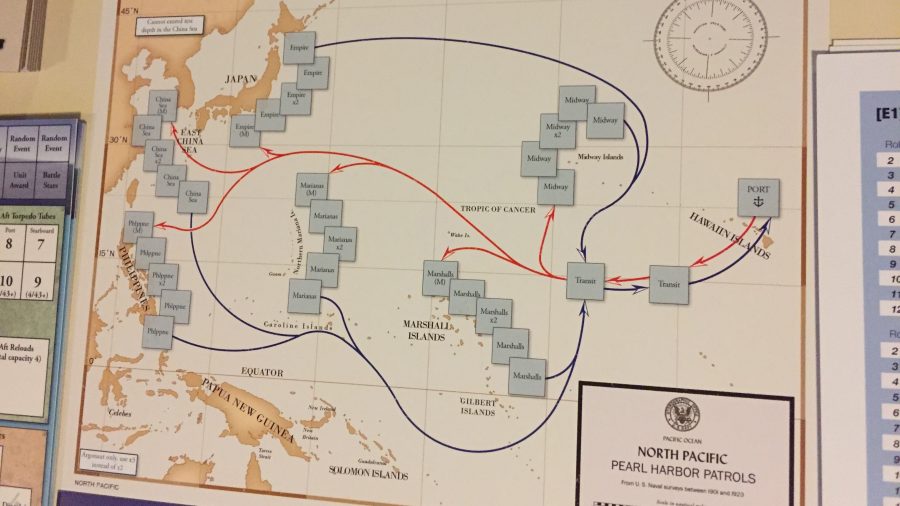 As a solitaire wargame, Silent Victory has to fight an uphill battle to keep players attention. Without an opponent or the complicated systems possible in a PC wargame, the underlying mechanics of Silent Victory must be easy to remember and enjoyable. Thankfully, it fits into that growing niche of narrative solitaire games; the core is not about tactically outsmarting an opponent (which relies on either intricate AI matrices, random luck, or playing both sides) and instead focuses on giving the player meaningful choices about how to approach a given static situation. In Silent Victory, that situation is usually (but not always) what to do with the enemy vessels you’ve just stumbled across.

All hands, battle stations: These are the best naval games around

The end result is a collection of encounters that, while relying on the dice, are ultimately the result of your own choices. In my experience, this led to many pauses and hums while I weighed my boat’s status against the number and quality of the enemy in front of me before deciding to jump into the attack. It creates a good story, and that’s the key point of a game like this. Just be sure you’ve thought it through before you spend minutes breathlessly explaining to your wife about your boat’s narrow escape despite losing an engine and the XO. 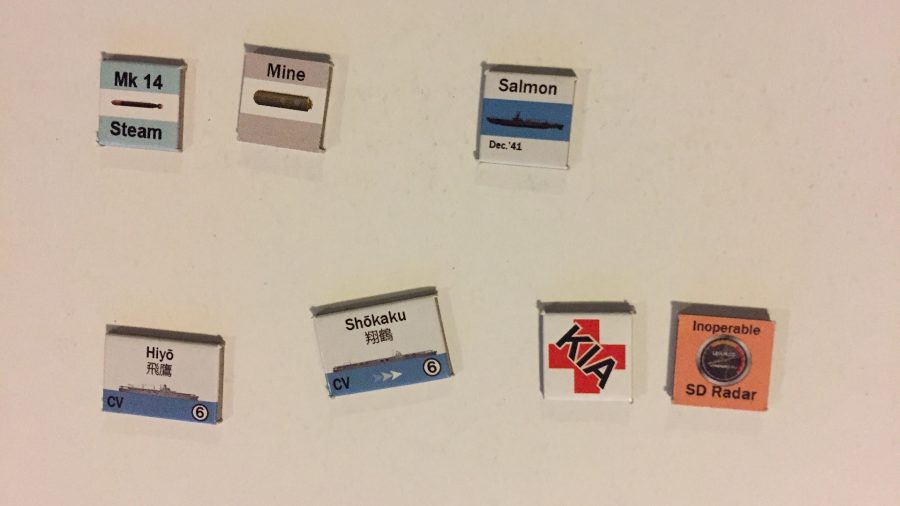 As a package, Silent Victory is very well done. The cards representing different submarines are a fine, hard cardstock, the tokens are easily readable, and the random tables are colour coded. It should only take a patrol or two before you know where everything is.

The box contents are high quality, the gameplay simple and enjoyable

Lastly, there are some fun details like full patrol maps that are technically superfluous and a combat tracker card to keep tabs on enemy damage and incoming attacks. It’s a wonderful package and I understand why Silent Victory and i’s sister games keep getting reprints.

Speaking of the sister games, I’m personally most interested in the Pacific Theatre (no surprise to long time readers) but my enjoyment with Silent Victory has got me looking at the others. The Hunters and The Hunted are two games looking at German U-Boats in the early years and late years of the war respectively, while Beneath the Med looks at the highly underrepresented and interesting Italian Submarines (guess where my money is going?).

Overall, though, the box contents are high quality, the gameplay is simple and enjoyable, and the narrative you craft about your voyage is personal and exciting. As long as you go in understanding what kind of game Silent Victory is, you should come away happy with the purchase. Smooth sailing, everyone.