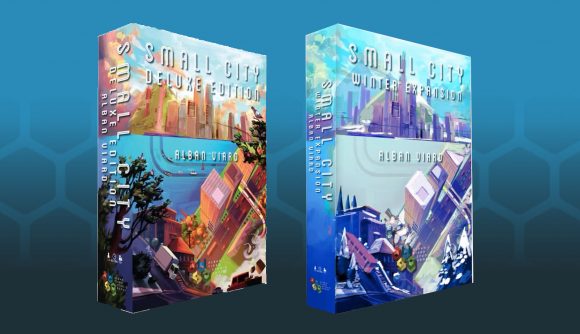 Small City: Deluxe Edition is a city-building board game – inspired by city sims like SimCity and Cities: Skylines – that launched on Kickstarter today. Described by French designer and maths teacher Alvan Viard as his “magnum opus”, Small City had a similarly small print run in 2015. The core game, which sees you developing a thriving city with residential, commercial, and industrial areas, has a “completely re-envisioned and re-created” look, revised game rules, and an expansion with eight new modules.

In an unusual move for a Kickstarter campaign, Viard’s studio AV Studio Games has opted to offer limited stretch goals for the project. “With the pandemic, it is very dangerous to add additional contents to the game without a good development plan in place,” says the Small City: Deluxe Edition Kickstarter page. Because of this, Viard says “I won’t add any Stretch Goals to the base game – but I am willing to add more components and game content to the Winter Expansion”.

According to board game retailer Zatu Games, the original Small City turns players into mayors of a city borough who, in eight turns, must secure enough votes to be successfully re-elected. 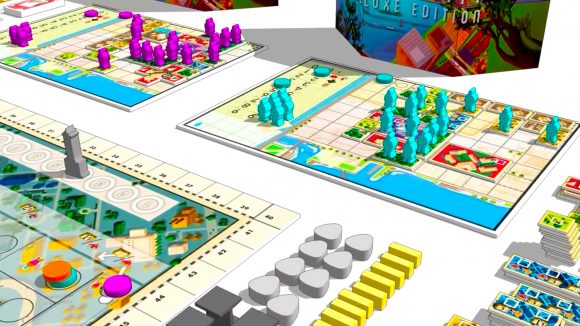 This means attracting citizens to the city, growing residential areas for them to live in, and expanding commercial, industrial, and cultural sectors that keep them happy – without causing too much pollution, of course, which has the opposite effect. If you can keep your electoral promises and grab victory points along with votes, you’ll be on track to win the game.

Looking to play some of the best board games of 2022? We’ve got you covered. You can also check out some more exciting board game Kickstarters.