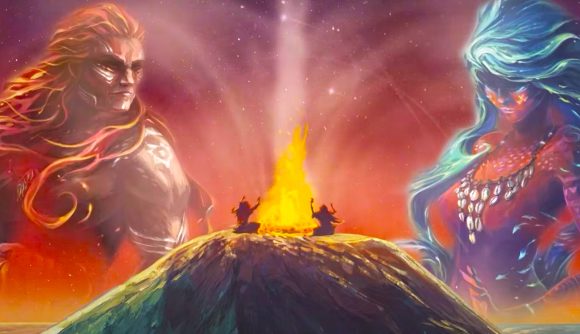 Tindaya – a board game its publisher Red Mojo calls “a theme-driven survival adventure with the soul of a eurogame” – launched on crowdfunding website Gamefound late Tuesday afternoon. The game revolves around a group of tribes living on the Canary Islands in the 15th century, and tasks you with developing new technologies, building settlements, and fending off European conquerors – all while appeasing the gods.

On its Gamefound campaign page, Tindaya’s publisher says its original vision for the game “was impossible to produce at an affordable price”, so it created two versions – a ‘retail edition’ that will be widely available upon release, as well as a grander (and more exclusive) deluxe edition that Red Mojo says is closer to the true “dream version of Tindaya”. Red Mojo confirms on Gamefound that the gameplay remains the same across both versions of Tindaya.

Red Mojo is only offering one form of reward for pledging towards Tindaya, which appears to be by purchasing the deluxe edition, at a price of $88.59 / £64.46. By pledging on Gamefound, you’ll get exclusive miniatures for the game, as well as storage trays for the box. There are currently only two stretch goals, which will add more settlements and forts to the base game, as well as wooden canoe components. Red Mojo aims to raise $31,773.92 / £23,497.42 before the crowdfunding campaign ends on Sunday, March 6.

A demo setup is already available on Tabletopia, and Red Mojo has included multiple gameplay videos alongside a full rulebook on the Gamefound page. According to a project timeline shared on the Gamefound page, Red Mojo estimates backers will receive copies of Tindaya as early as November 2022. 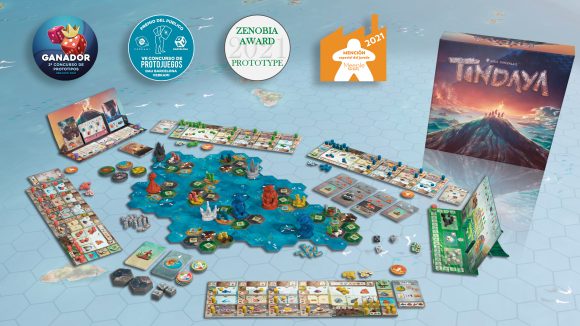 Tindaya’s Gamefound page promises a wide range of gameplay options. The game has competitive and cooperative modes of varying difficulties for one to four players, as well as a solo mode. Red Mojo also lists a “learning campaign for less experienced players”. Perhaps most impressively, Tindaya claims to have “infinite combinations of set-ups, missions, objectives, and catastrophes” for long-term replayability.

The game’s tribal, mythological, and anti-colonialist themes are most closely comparable to the board game Spirit Island (one of our favourite solo board games of all time), but Tindaya also uses mechanics from Eurogames – a genre that often puts players in the shoes of colonisers instead. Interestingly, Red Mojo stresses that theme is as important to Tindaya as gameplay. According to the Gamefound page, the game has mechanics designed to prevent resource-hoarding and promote Tindaya’s “eco-friendly ethos” as well as “[prompt] eurogamers to play against their nature” by considering new strategies. 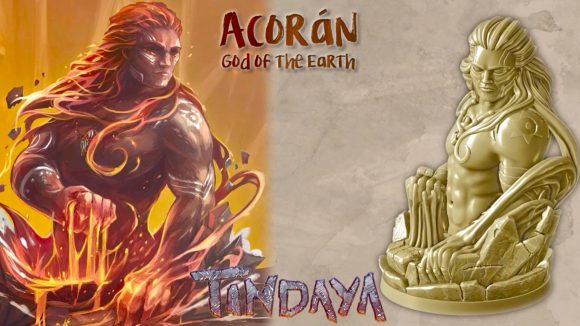 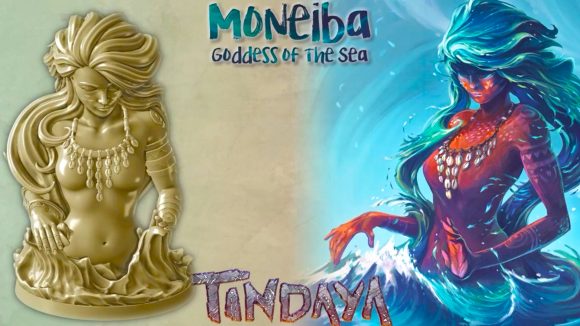 Red Mojo is a Spanish board game publisher founded in 2018. Tindaya is its first release – a game the Red Mojo team says it’s spent three years developing. According to its mission statement, Tindaya and future games from Red Mojo will be designed to “provide different experiences, innovative mechanics, and refreshing designs”.