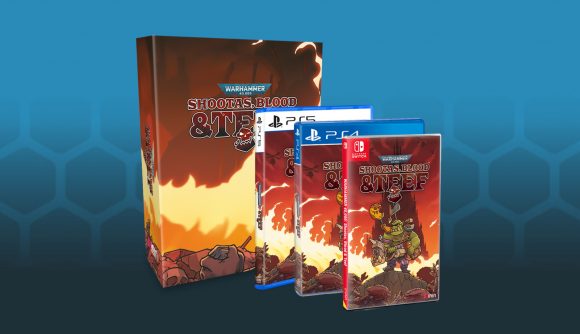 According to the press release, the ‘limited’ edition of Shootas, Blood, & Teef “includes a unique cover artwork and colourful game manual”. Copies will retail for $34.99 / £28.41. The press release adds that this edition “is limited to 3,500 individually numbered copies for Nintendo Switch and 1,500 for PS4 and PS5 each”.

The ‘Collector’s’ Edition’ of the game will sell for $65.99 / $53.59, and it’ll include significantly more extras. Referred to as an “orktastic edition for real collectors” in the press release, the box will feature an “acrylic diorama with four Ork Boyz”, an original soundtrack CD, a metal keychain, Ork Boyz cardboard standees, stickers, a poster, and a skull fabric patch – all on top of the collector’s edition box and the game manual. “The Collector’s Edition is limited to 2,500 copies for Nintendo Switch and 1,000 for PS4 and PS5 each”, the press release adds.

The 2D side-scrolling run-and-gun game, which is set on the planet Luteus Alpha, tasks you (plus three friends in co-op mode) with retrieving your beloved hair squig, who was cruelly squig-napped by the great Warboss Ogruk Gutrekka. 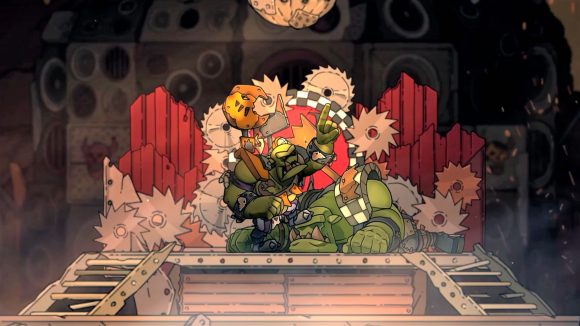 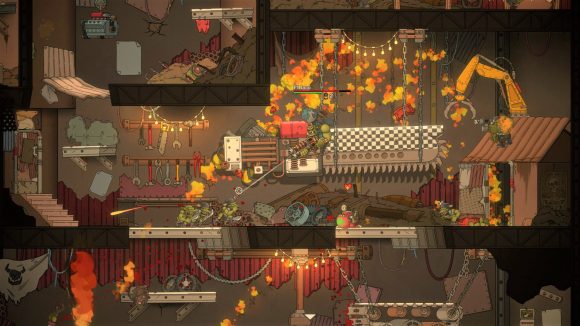 It’s not quite the imperial grandeur of Warhammer 40k Chaos Gate: Daemonhunters, but the press release promises Shootas, Blood & Teef will offer “a wild ride full of intense action, funny one-liners and tons of explosions”.