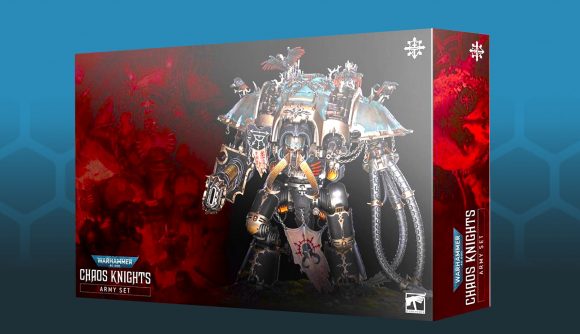 Fans of Warhammer 40k won’t have missed the new Chaos Knights codex and army set announced at Adepticon, but more information about the savage War Dog minis included in the launch kit dropped over at Warhammer Community on Monday. As well as the already revealed War Dog Karnivore, we’ve now got a good look at the War Dog Stalker and the War Dog Brigand – and none of these dogs seem in the mood for petting.

The War Dog Karnivore sports a reaper chaintalon to dole out some devastating melee attacks. According to Warhammer Community, the Chaos Knights launch set also caters to players who prefer ranged combat, as the other War Dog varieties come equipped with “some properly scary guns”. The War Dog Stalker has an avenger chaincannon, and the War Dog Brigand dual-wields two ranged weapons.

“All three varieties also come with a classic carapace-mounted havoc launcher for additional firepower”, WarCom says, “which can be traded for a diabolus heavy stubber should the mood take you”. And while the dog days definitely aren’t over, it seems there are more gameplay options included in the Chaos Knights kit also. Knights Abominants will also reportedly be included, and their corrupt psychic powers combine with a volkite combuster to deal damage.

The launch kit will also come with the parts to build a Knight Rampager or Knight Desecrator, depending on whether you prefer close or ranged combat over psychic abilities. Overall, Warhammer Community highlights the “flexible build options” of the upcoming kit. 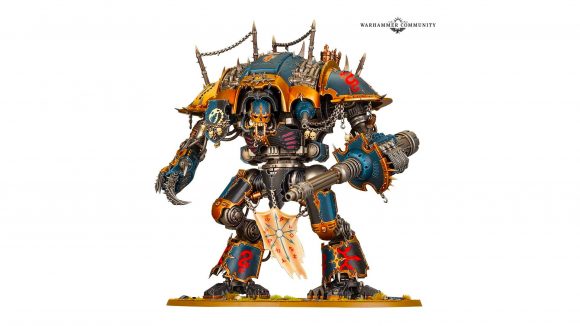 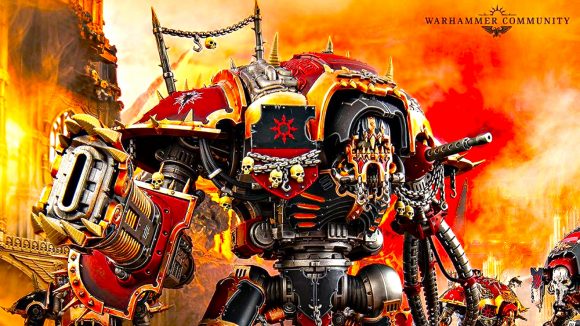 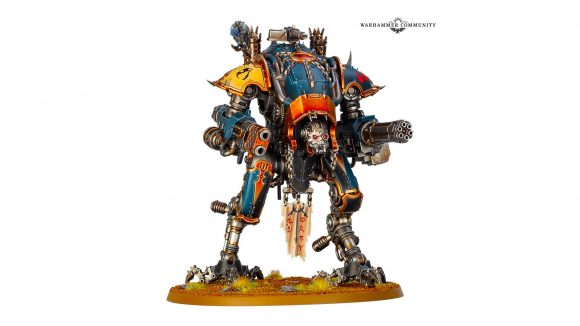 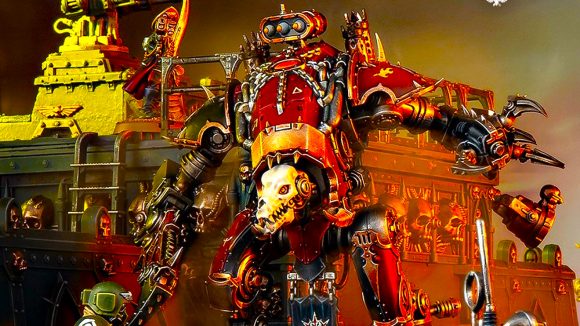 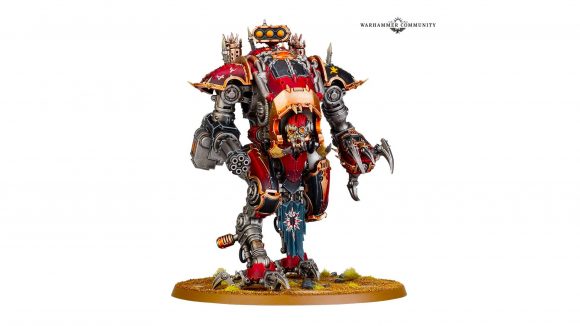 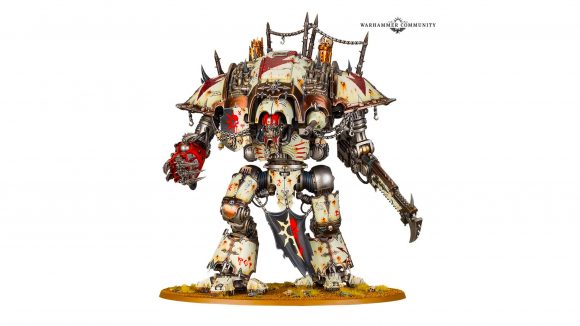 Check out an earlier announcement for the Chaos Knights codex and army set for more information. Or, if it’s more chaos you want, here’s a Warhammer 40k Chaos factions guide.