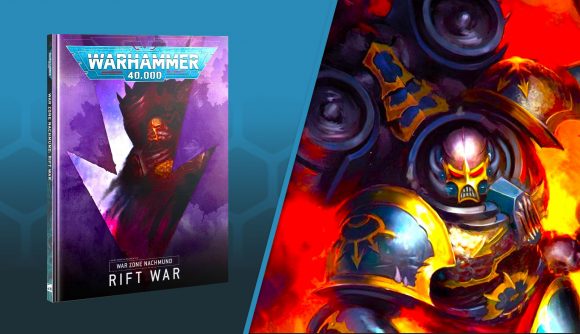 Cast your mind all the way back to December 2021. It was likely very cold, perhaps your Christmas shopping still wasn’t done – oh, and Games Workshop announced Warhammer 40,000 seasons for the first time. A six-month campaign exploring specific stories from the 41st millennium, the first 40k season kicked off with Warzone Nachmund: Vigilus Alone. And now, some four months later, the Vigilus saga continues with War Zone Nachmund: Rift War.

Warhammer Community officially announced Rift War on Monday, saying the next instalment in the saga is “coming soon”. The book’s cover is revealed in a lovely cosmic shade of purple, and it reportedly “has all the lore and maps you’ll need to follow the conflict – plus tons of ways to spice up your games”.

According to the announcement post, Rift War also includes new Armies of Renown and a Codex Supplement – as well as a War of Desperation campaign system that’s compatible with “all modes of play”. There’s also talk of new alliance rules, crusade rules, and special rules for the supplement’s three different war zones – no doubt we’ll learn more of these in the lead up to the as-yet-unmentioned release date.

GW apparently promises additional narrative content in Rift War to keep you clued in on which Warhammer 40k factions are doing the battling. 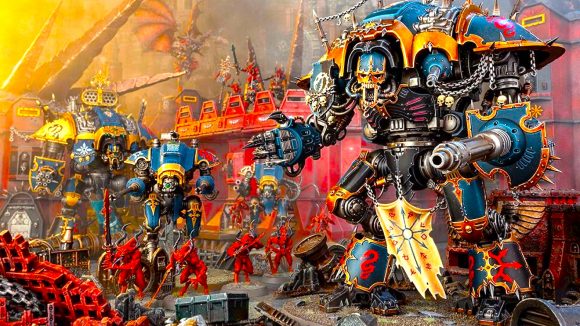 Space Marines and their Chaos counterparts are naturally on the scene, but you can expect the Drukhari to pick fights with both sides amidst all the – well, chaos.

Want even more chaos? Check out this Warhammer 40k Chaos factions guide. If not, perhaps a Warhammer 40k Xenos guide is more to your taste.