Arma 3 is showing its age now, coming up on eight years since its initial release. Now that I’ve had time to soak in the ray-traced sunbeams and shadows of Metro Exodus, the flat textures and low-polygon models of Bohemia’s military simulation sandbox can feel a bit like sitting amongst so many cardboard boxes. But it’s that very shabbiness that somehow sells the approach into Pleiku Air Base, located in the II Corps Tactical Zone in South Vietnam.

SOG Prairie Fire is the latest piece of ‘creator DLC’ for Arma 3, the line of add-on packs developed by external studios, and published by Bohemia Interactive. It’s also an instant contender for a slot on our list of the best Vietnam War games, adding a frankly staggering amount of new thematic content to Arma 3’s sandbox toolkit. It’s just a shame that it leaves solo Arma 3 players out in the cold.

Running through the back-of-the-box stats provides a decent sense of the scope of this expansion. SOG Prairie Fire includes an all-new 300-square-kilometre map called Cam Lao Nam, where you’ll run missions out of six forward operating bases connected to the Pleiku US Air Force base.

In terms of hardware, you’re getting five new helicopters, two gunboats, two light tanks, four new civilian vehicles, the iconic F-4 Phantom 2 (with 22 weapons), 32 static weapons, plus a smattering of small watercraft and bicycles. All of these have a range of variants and liveries. There are a whopping 55 new era-appropriate weapons to outfit the US joint service MACV, US and South Vietnamese armies, Viet Cong, and PAVN factions. 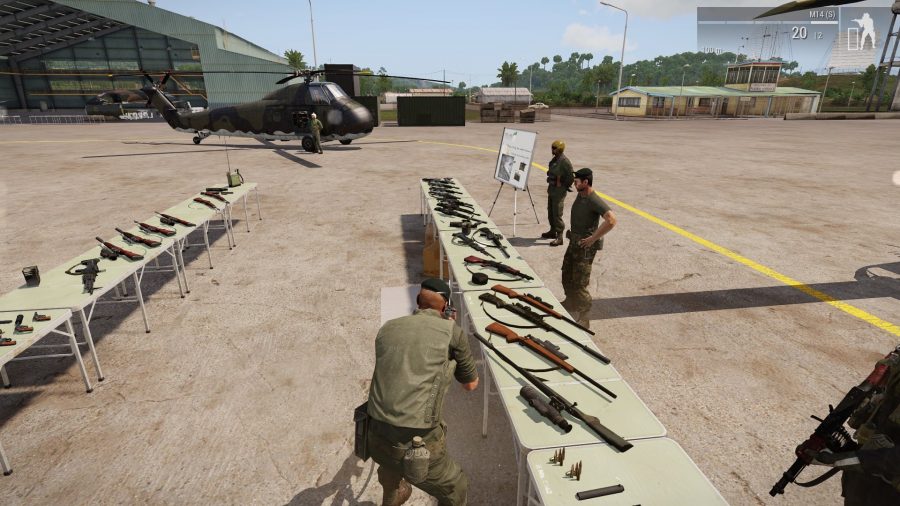 The best introduction to what SOG Prairie Fire has to offer is the six-scenario co-op multiplayer campaign, which Savage Game Design says was written with guidance from “former recon team leaders from the US Special Forces elite MACV-SOG.”

Missions convey the scale of recon ops in the Vietnam jungle

Using the new quick-play menu in Prairie Fire’s custom front end, you can easily drop right into a server running one of these missions, as one of up to 14 members of a team. The missions take care to convey the scale of recon ops in the Vietnam jungle. You’ll start at a FOB, draw equipment from the S-4 shack, and hop on a Kingbee transport helicopter for a ride to the Ho Chi Minh Trail. Missions range from planting booby-trapped ammo boxes on PAVN trucks to rescuing captured pilots held in tunnel networks, and you’ll constantly feel pressure from LZ spotters and trackers, who will be hunting your squad from the moment you swing your mesh jungle boots off the chopper’s deck and hit the dusty ground. 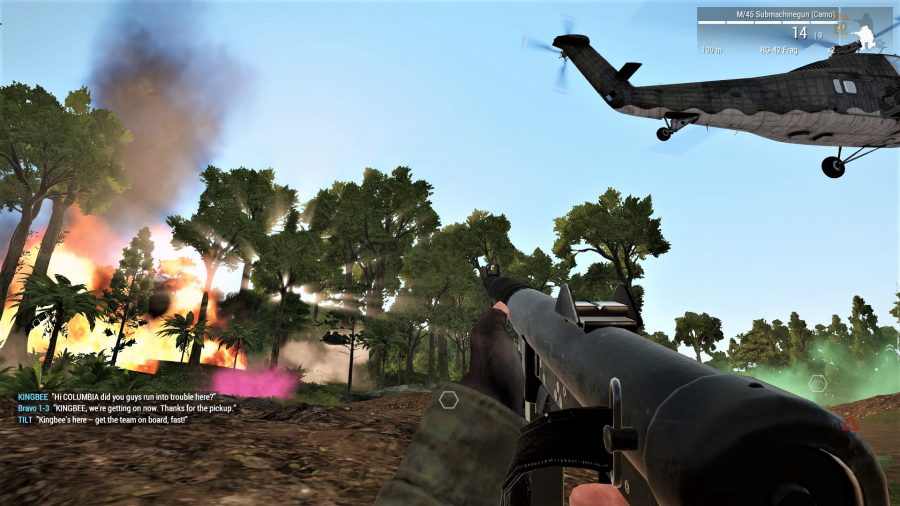 Much more than in other Arma PvE I’ve played, engagements in SOG Prairie Fire put me on a knife’s edge of tension between needing to clear an area of hostile forces, and worrying about getting bogged down under increasingly terrible odds.

Keep it tight: These are the best tactical shooters around

The longer your MACV recon squad stays in one place fighting VC, the more reinforcements make their way into the area. Communication is crucial, and making sure your whole team is ready to hoof it back into a treeline, or down the opposite side of a hilltop, can mean the difference between life and death. 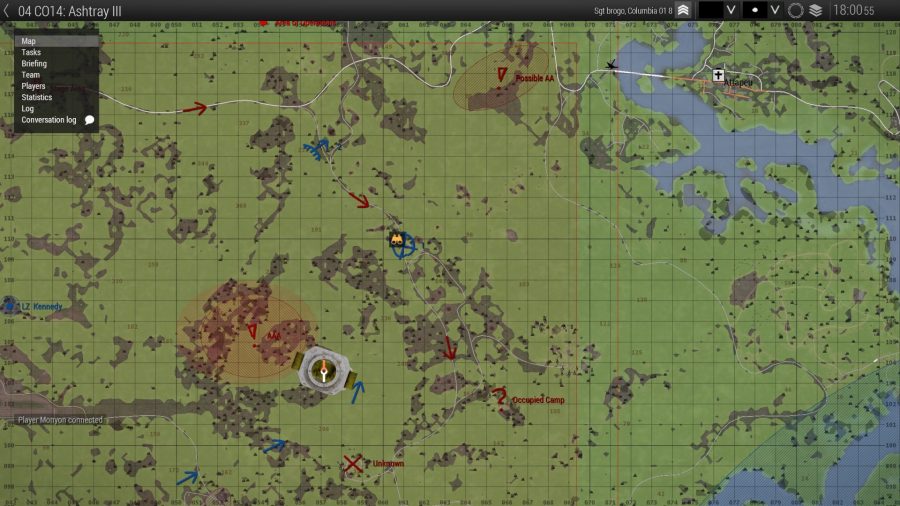 As is so often the case with Arma 3, you’ll be doing a lot of hoofing it. Missions take place over literal miles of difficult terrain, and it’s enough to make each gear decision at S-4 a bit sweaty – you’ll definitely be feeling each extra claymore you decide to pack, but you’ll also miss them dearly if you start hearing tracker teams’ signal gunfire starting to close in from behind you out in the bush.

Run through the jungle: The best Vietnam War games

“I like how everyone’s seen enough Vietnam movies to know to form a column,” someone remarked in a session I played over the weekend, as we trekked up toward a troublesome AA site that command had marked for elimination. 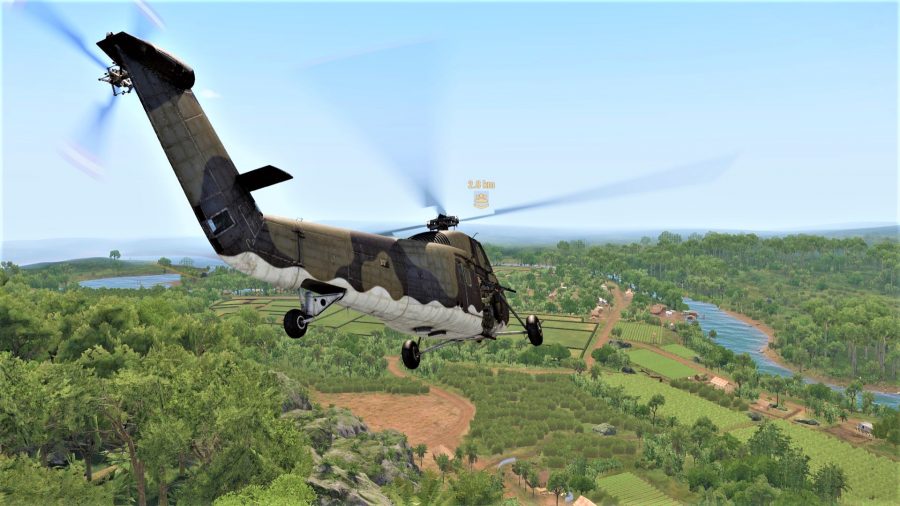 That’s a good way to understand SOG Prairie Fire – there’s some historical context provided by the ex-special forces advisers who contributed to the writing, but what’s being simulated here isn’t the Vietnam War – it’s more a recreation of the sense you get from Vietnam War movies.

Savage Game Design has even included an original soundtrack, featuring noodly guitar solos that evoke Creedence Clearwater Revival, the Doors, and Jimi Hendrix – all the classics you remember from every time a film has shown a squadron of 1st Cavalry Division Hueys coasting just above the tops of Vietnamese palm trees. The granular historic stuff will no doubt come later, since SOG Prairie Fire is so generous with its supply drop of vintage thematic content. Arma 3 is now a formidable platform for scenario creation, and having this many new bits and bobs to toss into it only makes it more robust. 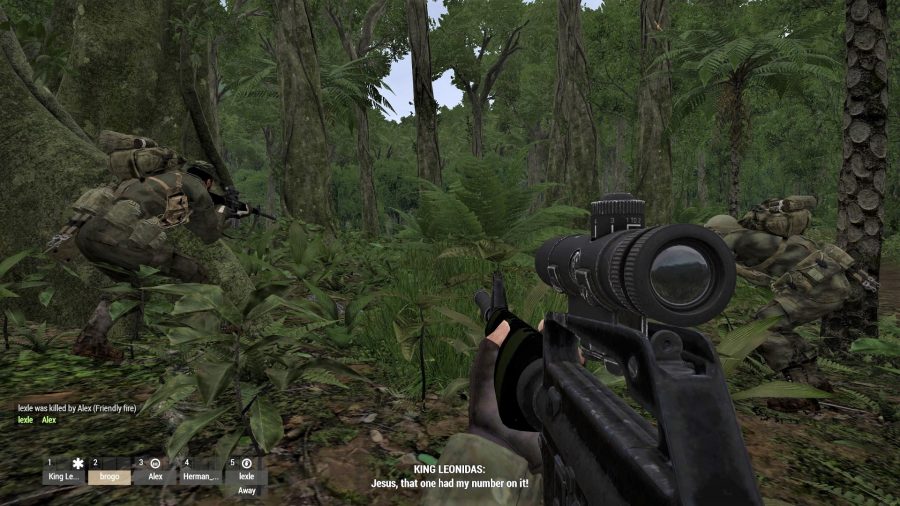 That dreary cardboard shabbiness I mentioned earlier, which now clearly marks out Arma 3 as an eight-year-old game, often plays to SOG Prairie Fire’s favour – the freakishly good aim NPCs have, for instance, seems right at home as you tentatively creep through the foreign jungle.

Arms race: Our guide to the very best Arma 3 DLC 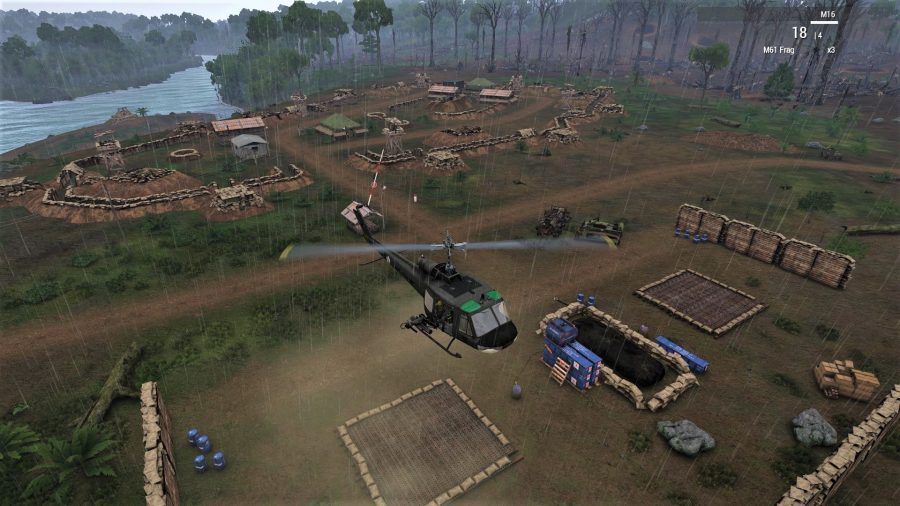 And that’s as it should be. Even the noticeably low-res textures in some areas of the new vehicles convey a sense of age-worn weariness that just feels right for the beat-up military equipment they’re meant to represent.

With friends or in a quick-play co-op match, SOG Prairie Fire is the most entertaining Arma’s ever been. On your own, you’ll find very little to do: a handful of showcase content, really, and an introduction to the AO. That’s a bit of a shame, because there are good reasons to avoid Arma 3’s multiplayer – many public players seem to feel the setting provides license to try out every racial slur they’ve picked up from war movies or veteran uncles, and it’s an ugliness that doesn’t elevate the experience whatsoever. 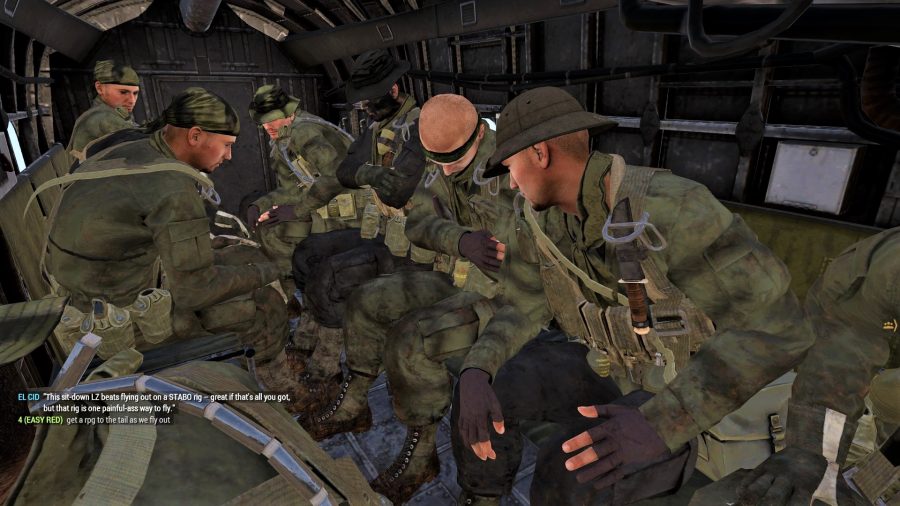 As ever, the options for circumventing this consist of putting together your own multiplayer team, or joining a members-only server with some basic community standards in place.

That’s an unfortunate reality of playing games online in 2021 – but the recent uptick in anti-Asian hate, combined with Prairie Fire’s subject matter, makes this a cause for concern, and something that could easily ruin someone’s first experience with the multiplayer modes.

Modified warfare: These are the best Arma 3 mods available

If you’re willing to work around that particular issue, and aren’t anticipating a thrilling single-player campaign, SOG Prairie Fire is a terrific addition to your Arma 3 arsenal.

It’s the best showcase yet of Bohemia’s Creator DLC programme, and I’ll be eagerly looking forward to whatever Savage Game Design sets its sights on next.

SOG Prairie Fire may not have a lot of ready-made content for solo players, but, as a multiplayer experience, it's Arma 3 at its very best. This is the Vietnam game you've been waiting for.