Tactical shooters are the adrenaline-seeking wargamer’s bread and butter. These games drop you and your teammates directly onto an intense, unforgiving battleground where robust teamwork and a keen aim become a matter of life or (sometimes sudden) death. Unlike other shooters, they have a unique, highly-strung playstyle that forces you to use both your motor skills and your strategic brain.

Tactical shooters are often confused with (or compared to) faster-paced, multiplayer-first FPS games, like Call of Duty or Battlefield. But they have their own appeal that makes them stand strong as a sub-genre, offering a more realistic, slower-paced, and tenser type of gameplay, in which the increased lethality of each bullet sees careful movement, cover and concealment – not map memory or mouse speed – reigning supreme.

There’s nothing quite like a well-done tactical shooter that throws you into realistic firefights, forcing you to think on your feet and react quickly – and, with their current resurgence in popularity, these high-stakes, deceptively cerebral gameplay experiences are more accessible than ever, if you have the patience and trigger discipline to try them.

Well, we’ve got a lot of ground to cover, so check your weapons and gear, and let’s get started.

The best tactical shooters are: 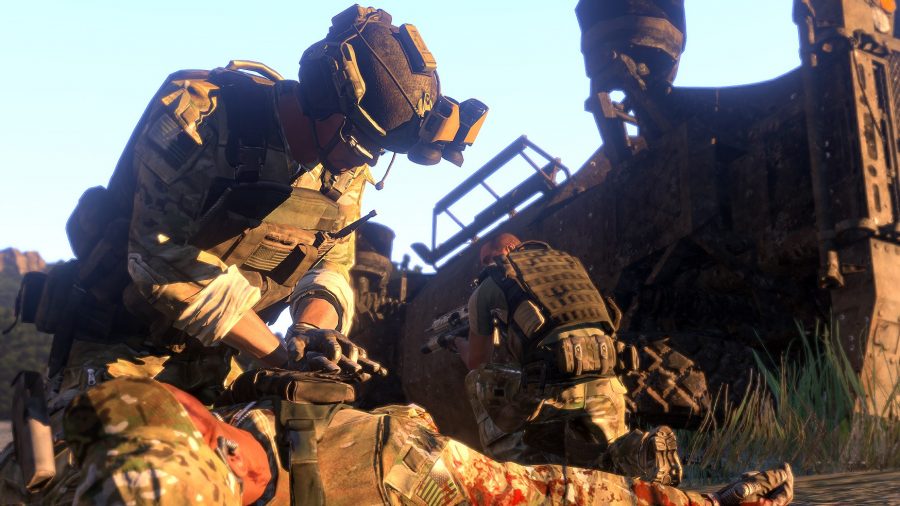 At the top of our list is the acclaimed open-world military simulation Arma 3. In terms of realistic operations and gameplay, it is as close to the real deal as you can get while sitting behind a screen, and has set the bar for titles in the genre. In fact, nowadays you can’t even bring up tactical shooters without mentioning Arma 3, it’s just that good.

With its ultra-detailed simulation systems, top-notch gun physics, and massive arsenal of realistic military equipment and vehicles, it stands as a solid FPS that is simple enough to entice new players, while offering enough complexity to satisfy seasoned strategists. Overall, Arma 3 is a must-play for any wargamer and tactical shooter enthusiast. 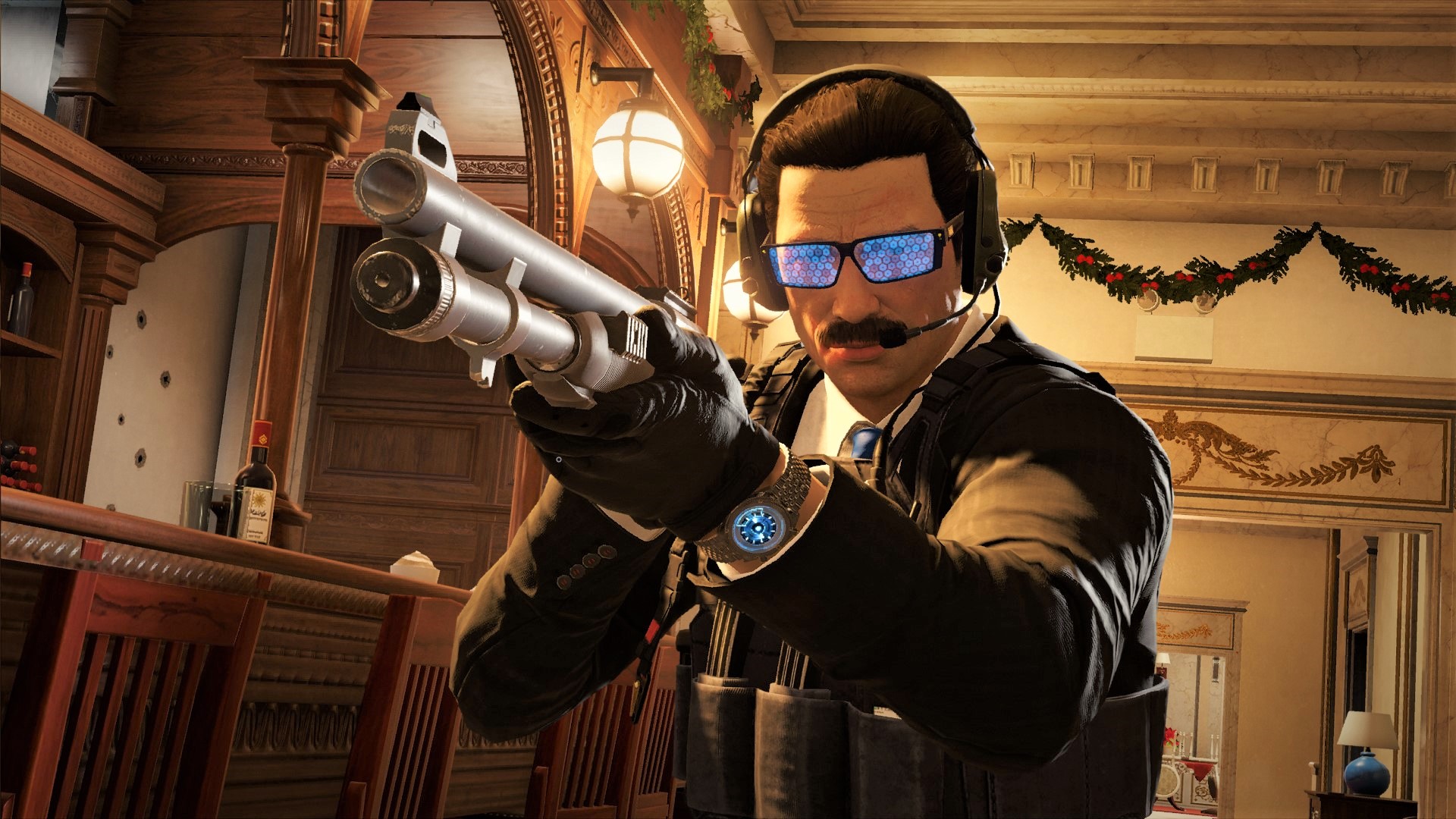 Planning and strategy are what makes Rainbow Six Siege stand out from other shooters. Teams face off in 5v5 matches that require team discussion and tactical planning before you can start testing your aim and reactions in-game. With content frequently added, it’s also a shooter that keeps you on your toes, making sure that there is always something different for you to try.

The variety of playable character classes (called operators) and their in-game skill sets offers tons of strategic depth and replayability, making Rainbow Six Siege one of the best multiplayer FPSs in existence. Its small-team engagements can also make a refreshing change of pace from the classic war settings typically seen in most shooters. 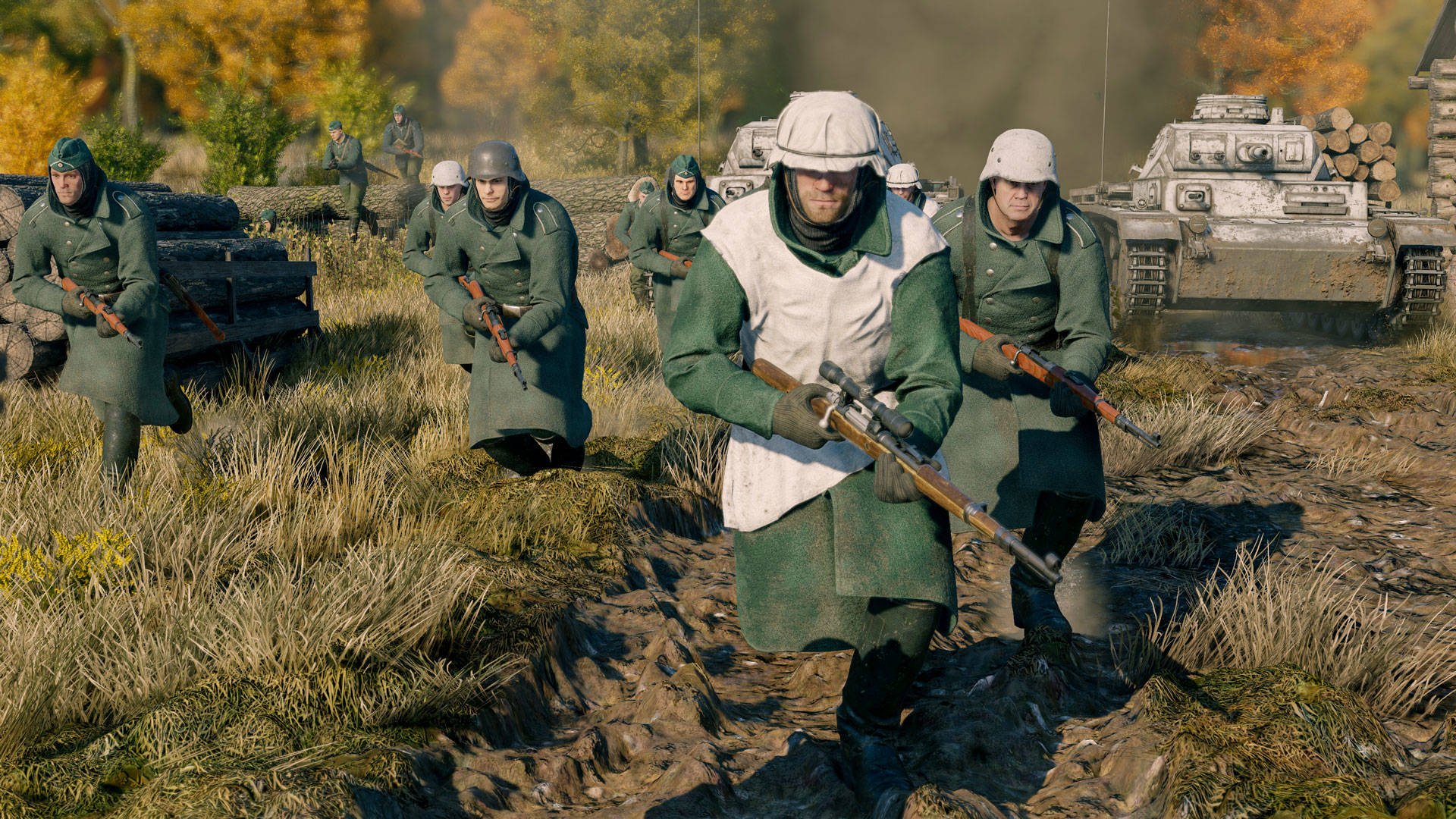 If you’re after a free-to-play option, look no further than Enlisted. A squad-focused, multiplayer, first-person shooter from War Thunder developer Gaijin, it drops you into the frenzied skirmishes of the Second World War. But unlike other shooters, Enlisted stands out for its squad mechanics. Lead a personalised group of infantry to storm strategic objectives. If you get killed during the fight, you’ll take control of one of your squadmates to continue the battle, eliminating downtime.

There’s a ton of upgrades to unlock, and the game’s various squad types each bring distinct combat specialities, from fortification-building Engineers to plane-driving Pilots. Multiplayer maps are categorised into thematic ‘campaigns’, offering different military forces, weapons, and vehicles, so you can dive into a new experience each time. It’s well worth a try. 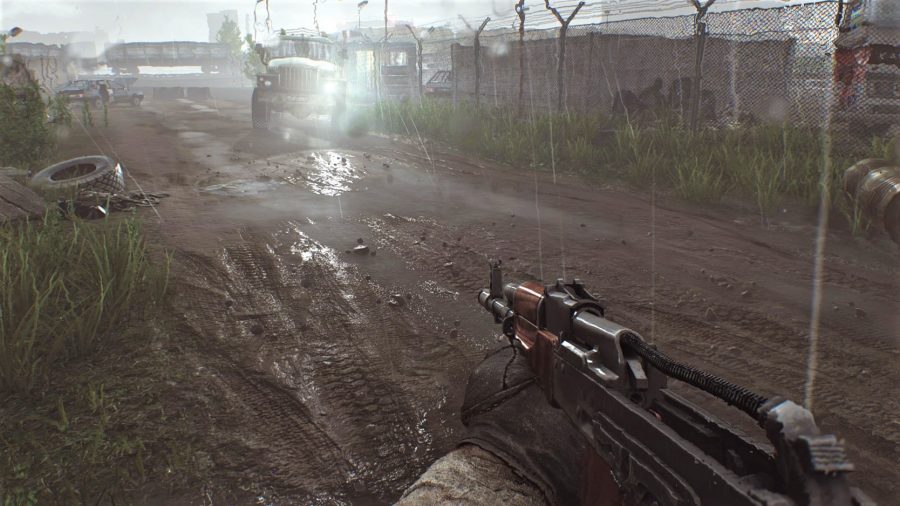 Escape from Tarkov has skyrocketed in popularity over the past two years, introducing many new players to the addictive gameplay of the tactical shooter genre. Its hardcore gunplay, looting mechanic and realistic ballistics model propel tension and realism to a whole new level.

Fight them on the beaches: These are the best WW2 games

The game is still in beta, so be prepared for server wipes and lost progress until it gets an official release. In the meantime, the game is a great choice for players who love challenging shooters that force you to get better at surviving with each death. 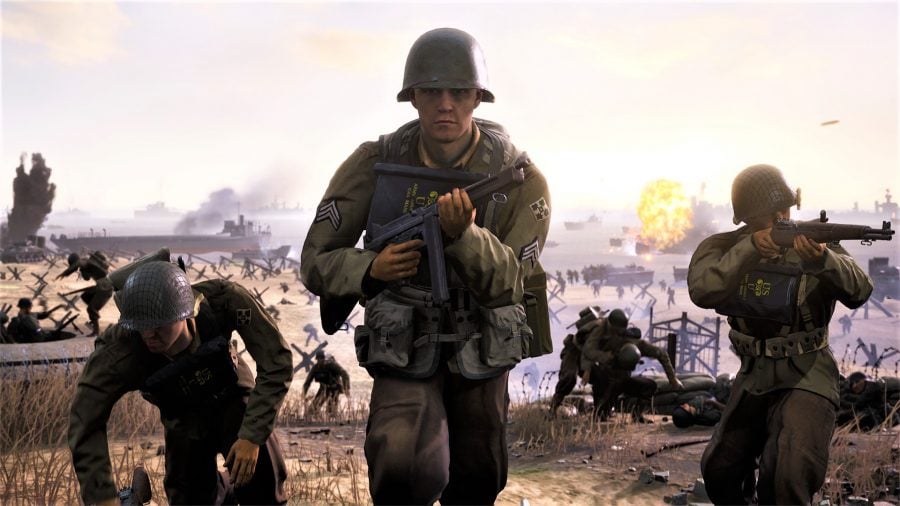 Who doesn’t love a good WW2 FPS? Post Scriptum focuses on bringing a historically accurate, full-on battlefield simulation with its 80-player servers and strategic gameplay. Requiring a lot of communication amongst teammates, the game puts coordination and tactics at the forefront, making it a challenging but rewarding shooter.

Though it is a slower-paced choice than others in our list, Post Scriptum feels incredibly authentic compared to many other second-world-war shooters, and is worth your while to give it a try. 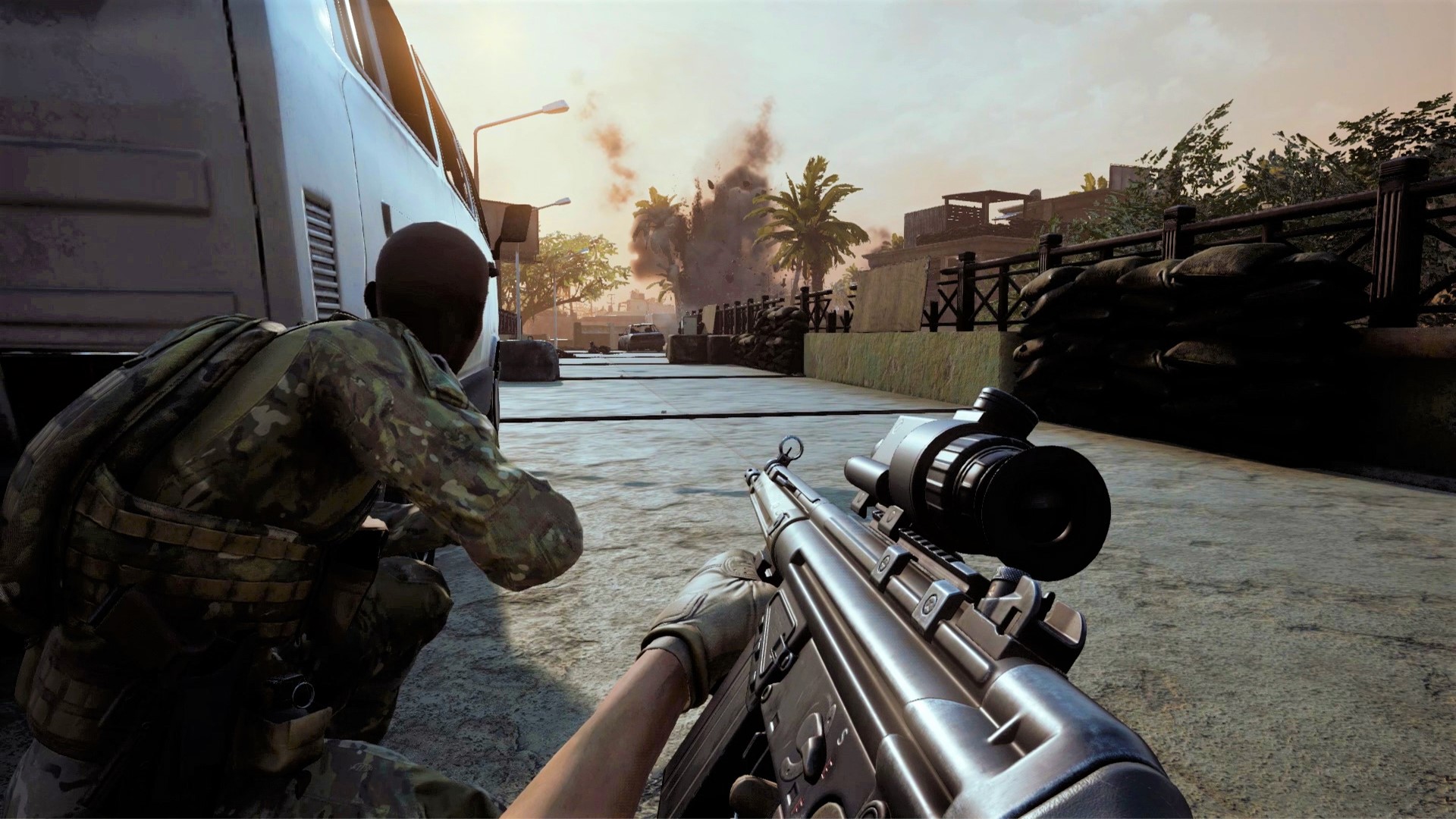 Insurgency: Sandstorm is a hard-hitting, realistic mil-sim set during a fictitious Middle Eastern conflict. The close-quarters combat, atmospheric gameplay and emphasis on skill combine to immerse you perfectly into the modern war setting.

The game also offers an extensive range of customisability (seldom seen in tactical shooters) that makes it feel distinct, becoming more rewarding as you log in the hours and building it into a more personal experience. Acclaimed as one of the most atmospheric shooters today, Insurgency Sandstorm is a must-have for tactical and FPS fans. 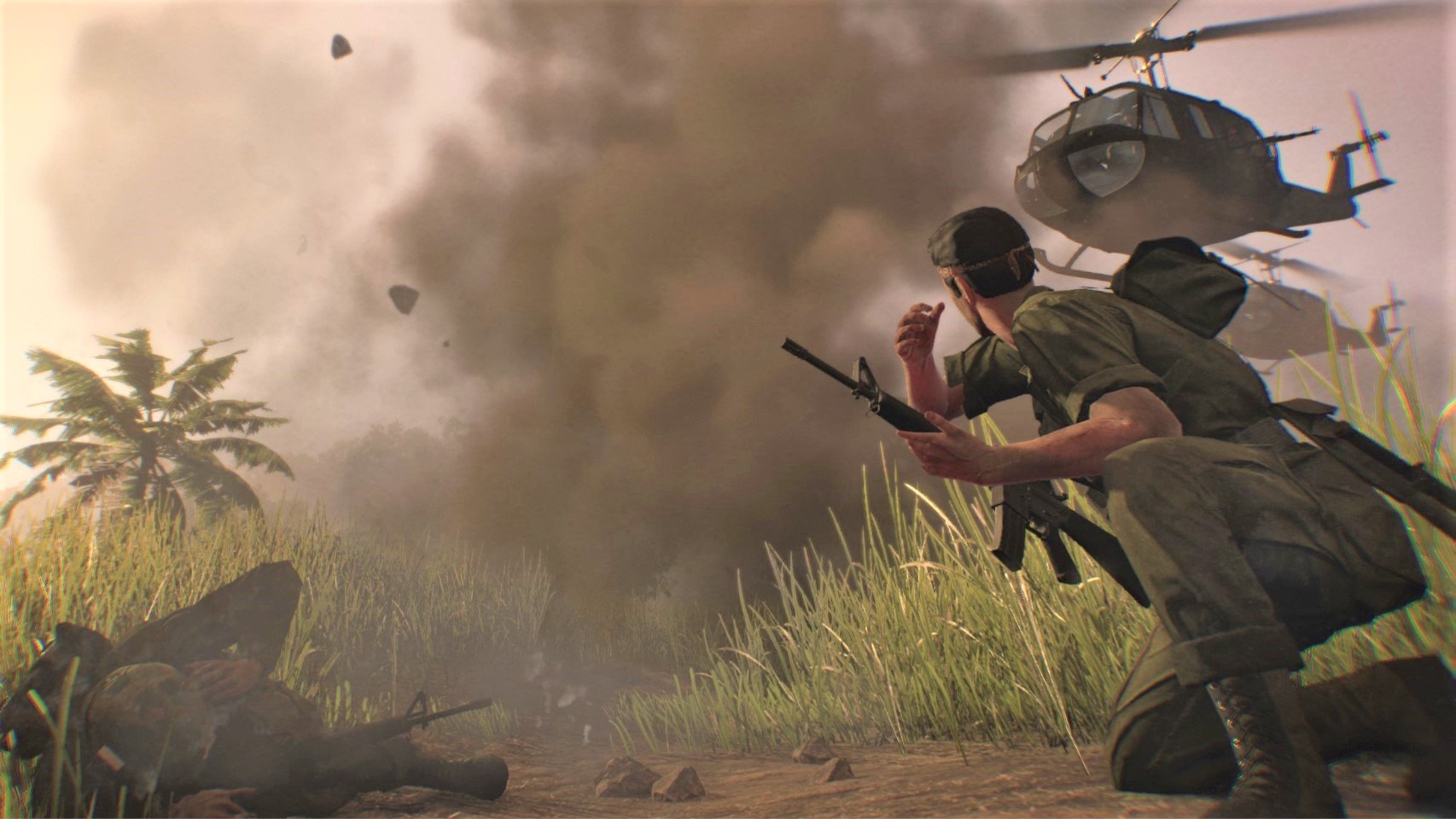 Rising Storm 2: Vietnam is a stand-out title in Tripwire’s series and one of the best multiplayer shooters set during the Vietnam War. Dropping players into massive 32v32 player battles among the jungles, hills and villages of wartorn southeast Asia, Rising Storm 2 offers fierce room-to-room fighting and vehicle combat, with a bevy of historically accurate details included.

As a shooter, it also strikes a balance between tactical challenge and casual fun, making it a cracking time all round, for both new players and seasoned wargamers. 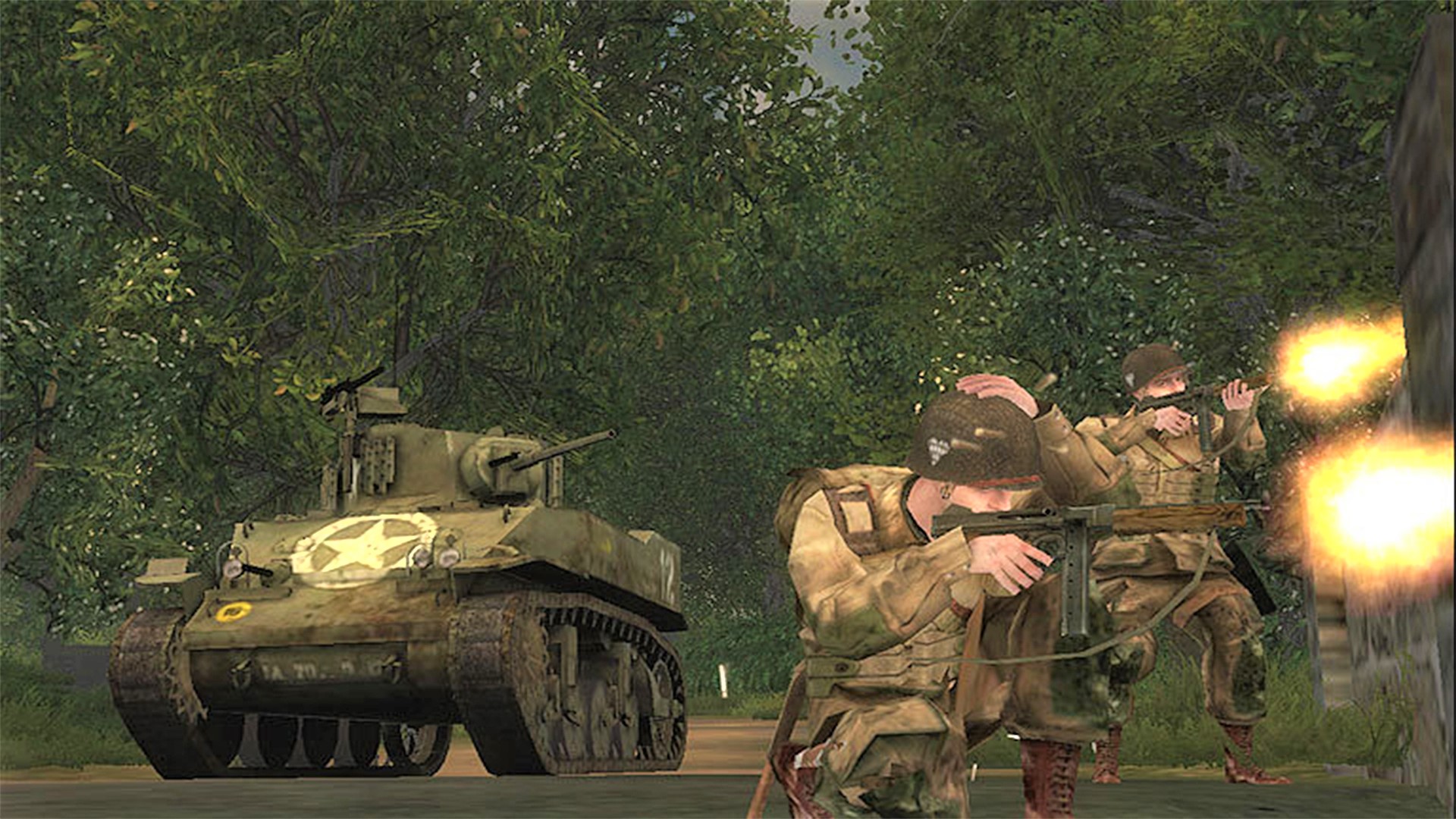 Brothers in Arms: Road to Hill 30

Moving away from all the multiplayer shooters, let’s talk about the single-player WW2 classic Brothers in Arms: Road to Hill 30. Based on a true story set during the intense airdrop invasion of Normandy, this 16-year-old game still stands up as a great tactical shooter to play today.

Call in armed backup: Check out our Arma 3 DLC guide

Its unique squad-shooting mechanics, detailed characters, and involving story all make Road to Hill 30 memorable, and a title worth revisiting. Buckle up for a tale of comradery and endurance, told through frenetic firefights across varying levels. 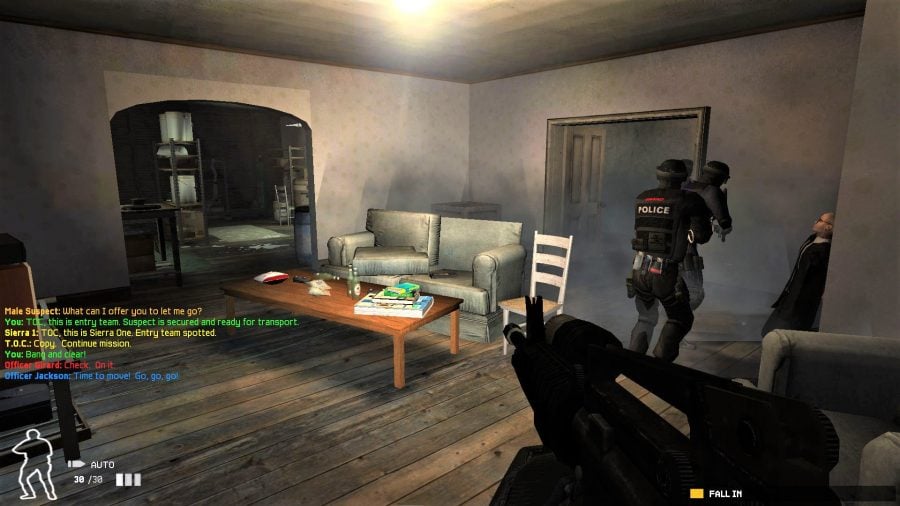 This time you’re not a soldier, but a cop – part of a SWAT team that obeys and upholds the law. Unlike other shooters, you can’t jump into a level wildly spraying bullets without facing consequences. SWAT 4 brings a sense of responsibility to the tactical shooter genre; its command system keeps players in check, and makes every decision feel meaningful and tense.

On missions, players will be wielding both lethal and non-lethal weapons, securing hostages, defusing bombs, and more – all while abiding by police procedure. With its unique concept and emphasis on responsibility, SWAT 4 feels unlike any other tactical shooter out there. 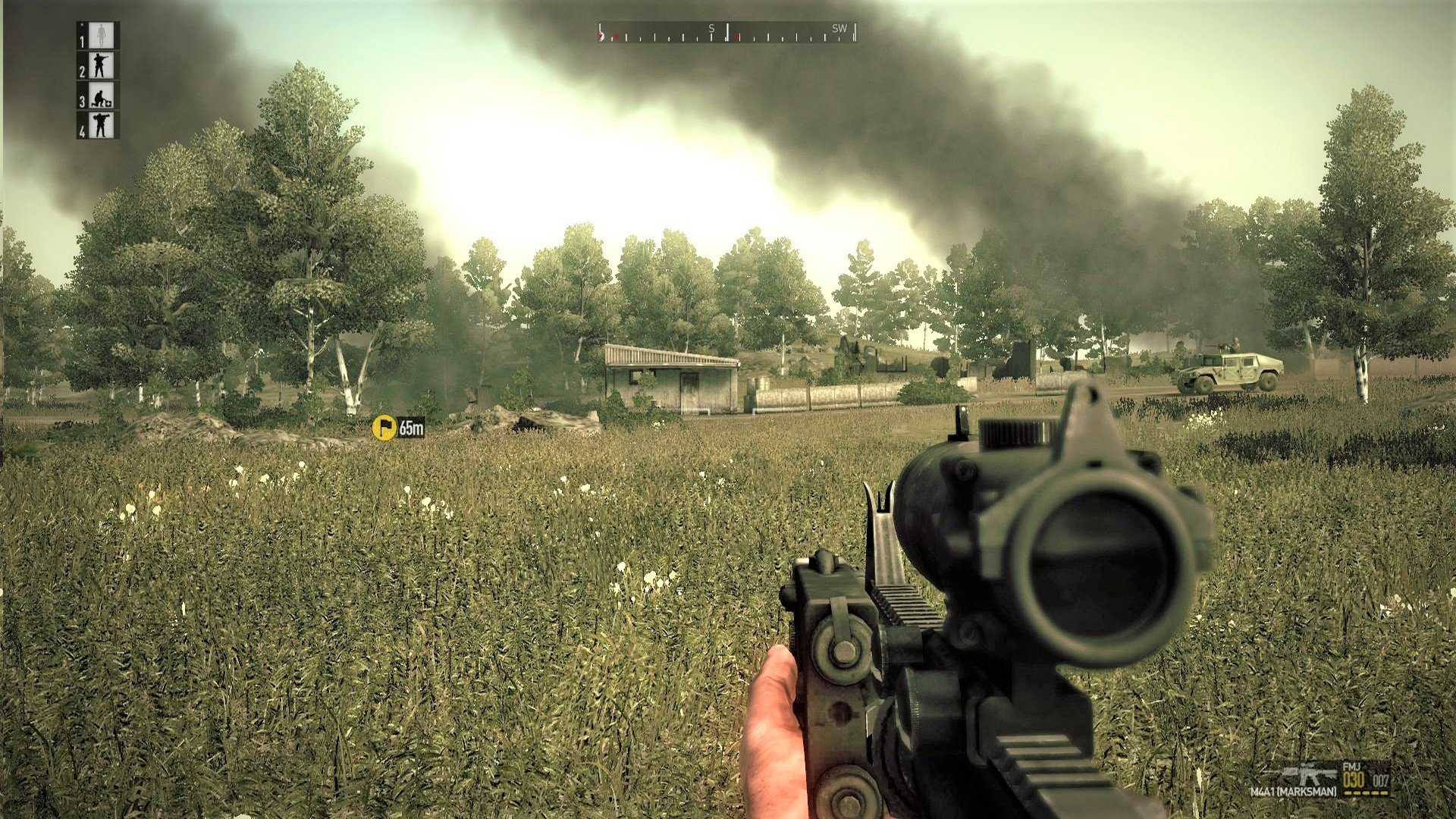 Publisher: Codemasters
Buy it on: Fanatical

First released in 2009, Operation Flashpoint: Dragon Rising features a campaign of tense, involving, and authentic-feeling military operations, accompanied by a brilliant soundtrack, all couched in a somewhat believable story about US troops heading off a fictitious Chinese invasion of the Sakhalin islands, north of Japan.

While the AI is notoriously finicky, this Codemasters title is one of the best mil-sims out there and is a great – if more graphically dated – alternative to ARMA 3, feeling more relaxed, but still realistic and deadly in its gameplay. Another single-player-only choice (PC servers have shut down, eliminating co-op and multiplayer) Dragon Rising still stands as a quality tactical shooter for both PC and console players. 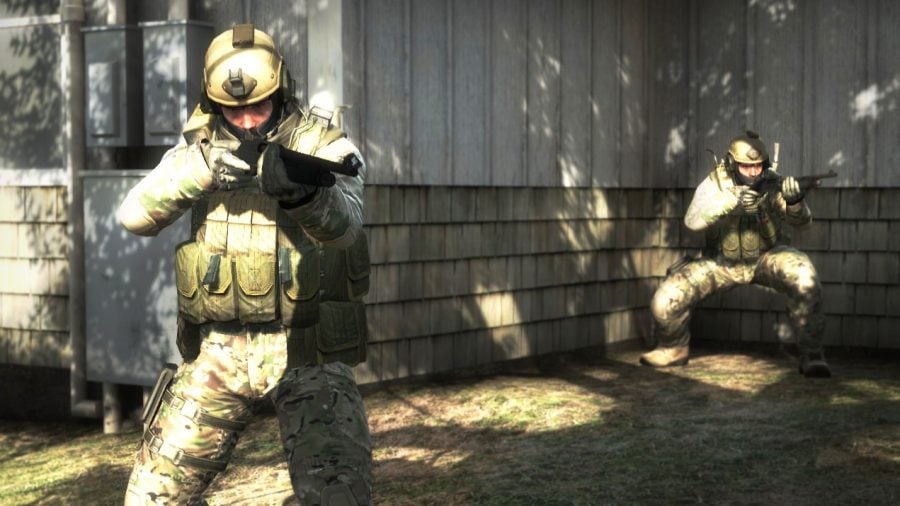 Counter-Strike: Global Offensive (CS:GO) is the most popular modern tactical shooter there is. The fourth instalment of Valve’s Counter-Strike series, CS:GO takes the best elements of previous games and distils them into a fast-paced, meticulously-balanced demigod among FPS games. Two teams face off in one of nine competitive game modes and must use coordination, tactics and sharpened instincts to pull out a win.

Although its tactical shooter ‘genre status’ is often debated, you can’t deny that the game requires teamwork and tactical thinking – and generates realistic tension from players being unable to respawn (especially during a particularly close match). CS:GO is undeniably fun and free to download.It’s easy to see why it is one of the most-played tactical shooters to date.