The best medieval warfare books are required reading if you want to fully immerse yourself in the finest wargames of the age. Field of Glory II: Medieval first graced our screens in February 2021, featuring 29 nations and factions, 57 different army lists, over 100 3D-rendered, historically accurate units and a sizeable roster of pre-programmed historical scenarios covering key battles. Yes, Hastings 1066 is one of them. Yes, we're excited too.

But in our collective experience, we have found the most constructive way to channel our hype for big release like this is – you guessed it – reading up! So here is a modest reading list to get you prepared, but one that deserves a small read ahead for clarification. Scott’s newest computer game in the FOG2 product line is a near-direct port of the Oath of Fealty, Feudal Europe at War army list expansion book for the original FOG tabletop game.

As such, it follows in the long tradition of WRG (Wargames Research Group) Ancients-Medieval rules in covering all the heads being cleaved in Europe and environs between 1066 and 1300 AD, except for the Crusades going on in Palestine. In both WRG and FOG-land, that slug-fest was a different expansion book and will likely be a future DLC for this newest PC product.

Unfortunately, historians are not necessarily wargamers, so finding weighty tomes for those exact dates can be difficult. With that said, here is our best shot: 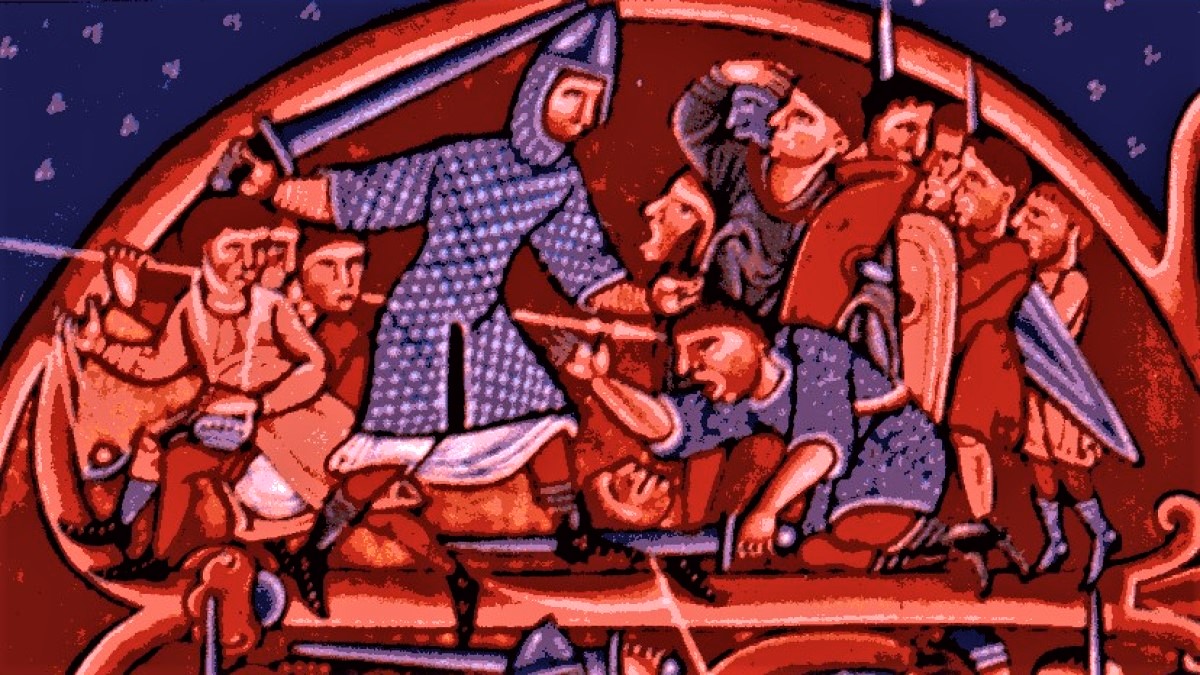 Remember WRG mentioned above? This is their historical reference book on the period in question, not only combat dress, but details about campaigns, unit organization, weapons and tactics, but no actual wargaming stuff. Its what Oath of Fealty is based on and before you dismiss its quality, remember Heath, Phil Barker and the gang who did these books personally took part in living history events, translated rare primary source documents and went on archaeological digs to get it right. 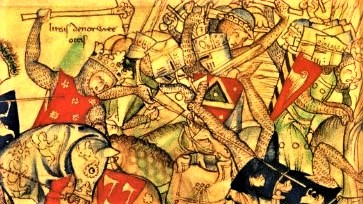 This book starts with a discussion on the history of the era up to the Renaissance in chronological style. It continues with brief biographies of the most celebrated leaders during the period, then a huge discussion on references followed by an exceptional Miscellanea section where one can find out how prisoners were treated or indulge in commissary operations.

There is an excellent index and the whole shebang is heavily illustrated. 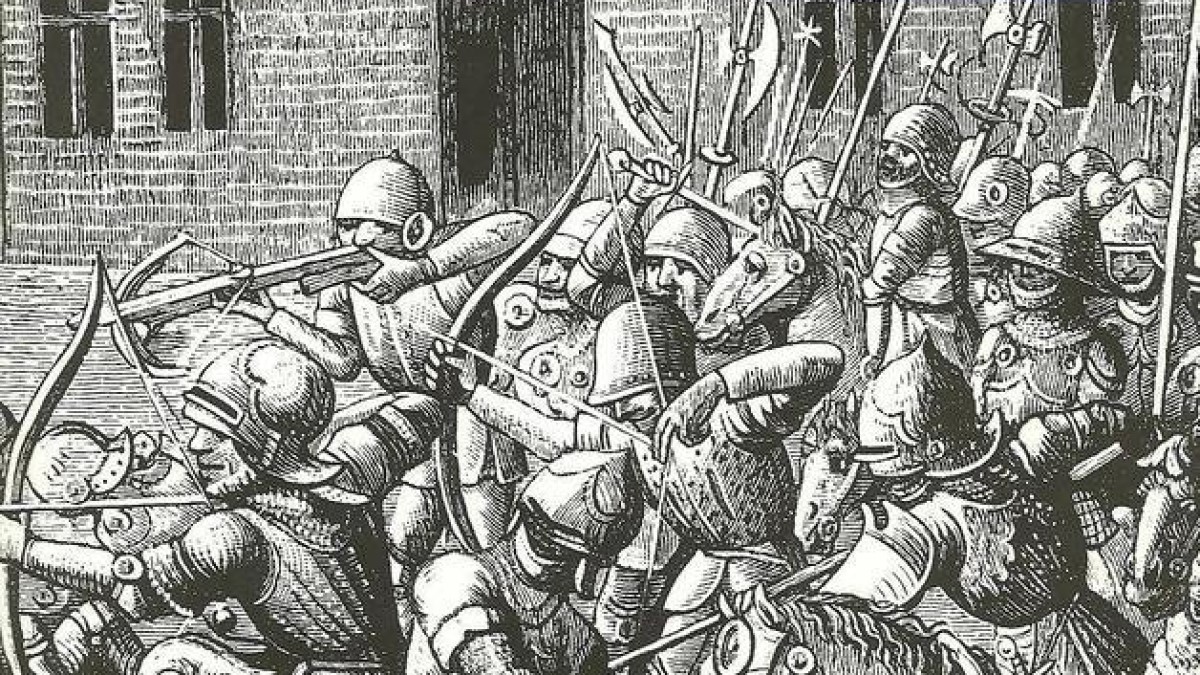 This is the other book you should pick, another classic, this time from one of Britain’s most famous military historians. This is the first volume of a two-book set covering the subject, very battle and tactical analysis oriented, from the fall of Rome until the battle on the Marchfeld in 1278.

Osprey has long been known as the wargamer’s research go-to for anything, so it shouldn’t surprise anyone that the venerable firm lists 223 books in its Medieval product line. Although there are not as many books for this specific chunk of time as I thought, it should also come as no surprise that many of these are authored by the University of Edinburgh’s finest, Dr Nicolle, same gent as above.

Most books are between 48 and 64 pages long, cost between $8 and $19.00 (a Kindle edition is often available) US and are chock full of pictures. However, be advised that Nicolle’s writing style is very detailed and scholarly. Here are some of his best, with emphasis on the more esoteric: 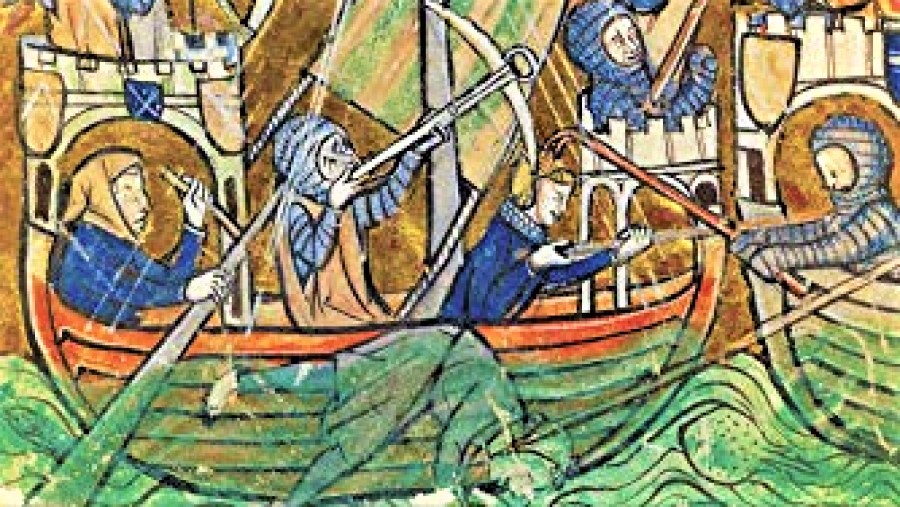 This just released work is included because it covers a subject rarely seen in books covering warfare in the Middle Ages. The author recounts the changes that occurred in naval warfare from the fall of Rome to the beginning of the Renaissance, to include battles fought in the “Mediterranean by the Byzantines, Ottomans, Normans, Crusaders, and the Italian maritime republics, as well as those fought in northern waters by the Vikings, English, French and the Hanseatic League.”

The book is 632 pages long and goes for $34.95 US in paperback although there is a less expensive Kindle edition available. 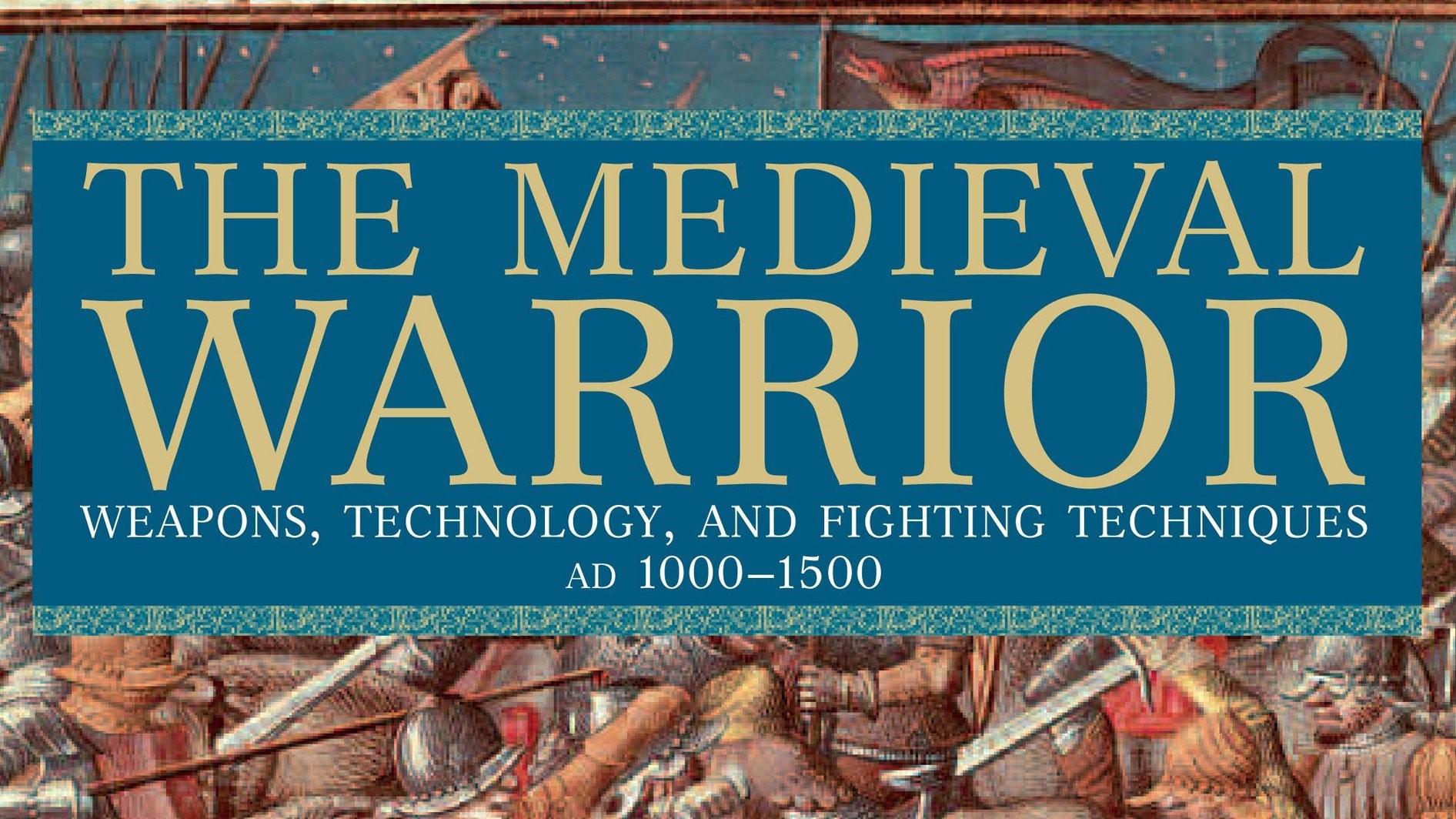 This is a lavish, full color illustrated introduction to warfare during the Middle Ages, looking at weapons, tactics, technology and how they changed through the lens of specific types of soldiers.

In other words, Norman knights, Milanese crossbowmen, Saxon Huscarls and peasants with pikes. The book also examines what a typical battlefield looked like and – this is prima, folks – provides step by step diagrams for many period fighting techniques such as forming a shield wall, firing a longbow or fencing with a sword and buckler. The book is 224 pages long, sells for $19.95 US on Amazon. 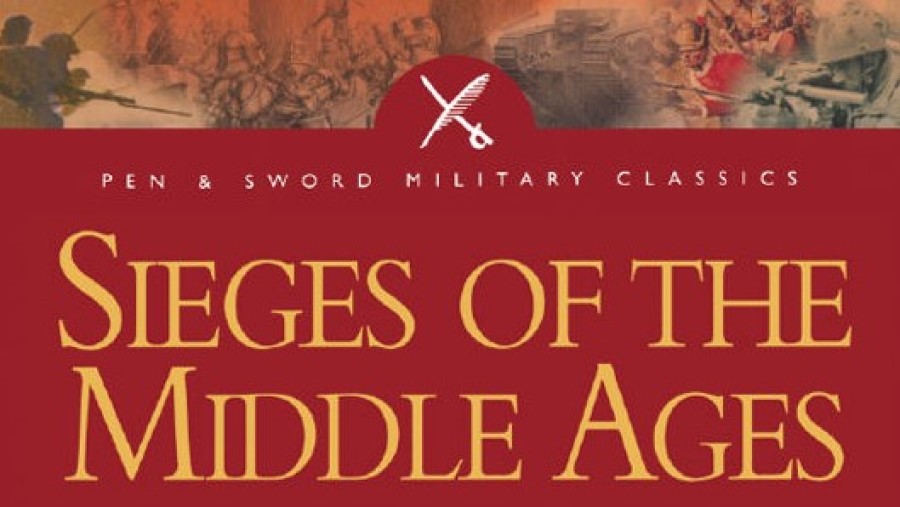 You simply cannot discuss Feudal warfare without discussing sieges and leave it to ubiquitous UK military history publisher Pen and Sword to provide a solution. Part of their Classics product line of affordable yet data heavy books, this work’s only downfall is that it concentrates mostly on English castles and investments. That said, a heavy counterweight is provided by the book’s emphasis on detailing the duties and responsibilities of the technicians – the architect, engineer and miner – involved, as well as the author’s own personal inspection of historical siege sites.

The book is 277 pages long and Amazon sells it for $9.28 US with a less expensive Kindle option available. 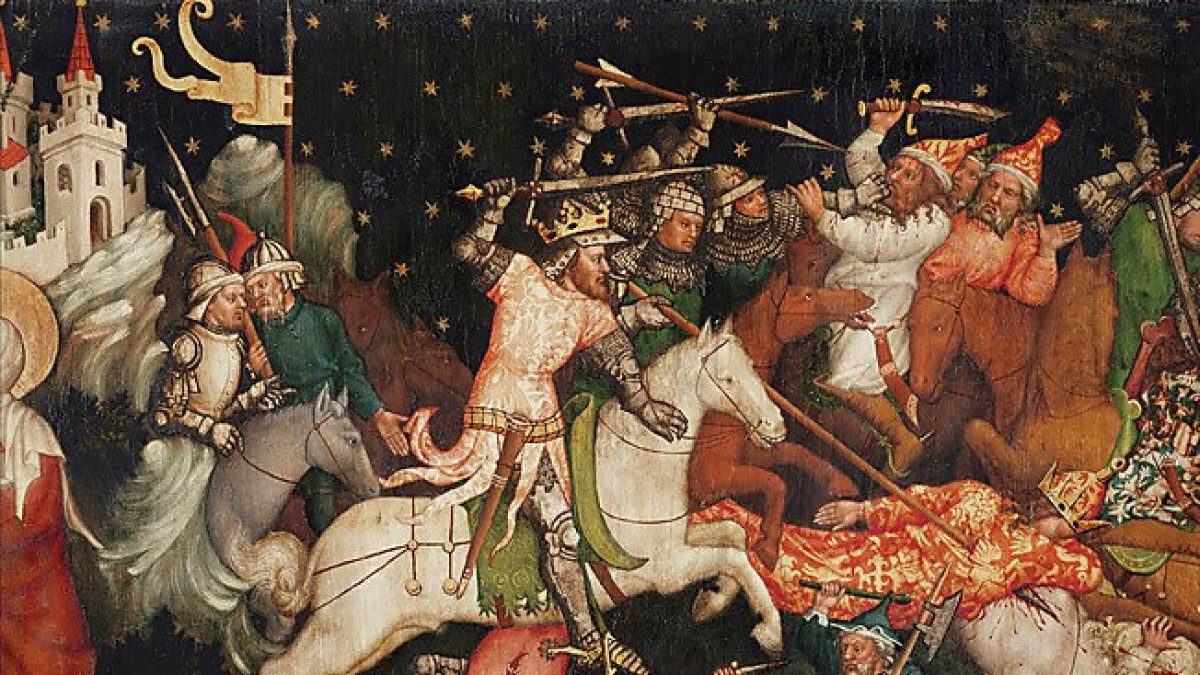 Well, someone has to grab the Oriflamme and lead the troops forward, right? OK, while including Hernando Cortez may be a bit of a stretch, I really like the concept behind this book. It consists of 25 articles, each 3000 words long, all written by distinguished historians in the field, covering 25 different field commanders. From our period there are folks like Friedrich Barbarossa and Alexandr Nevsky (grab your Eisenstein DVD and pop on some Prokofiev with this one), plus a whole lot more behind pithy discussions of their exploits and what made these men great.

History of the Art of War Vol III, Medieval Warfare (1920)

This edition of Delbruck’s classic weighs in with 712 pages and sells for $45.00 on Amazon Prime, though some Amazon partners may have it cheaper but add in postage. Delbruck was known for his controversial and revisionist views, the most important of which was that the Medieval soldier was an independent warrior incapable of fighting in a drilled formation.

Thus, he drew a distinction between knights and cavalry, the latter trained to fight in units. If you want a good general military history of the period, Delbruck is probably one of a couple of books you should pick.