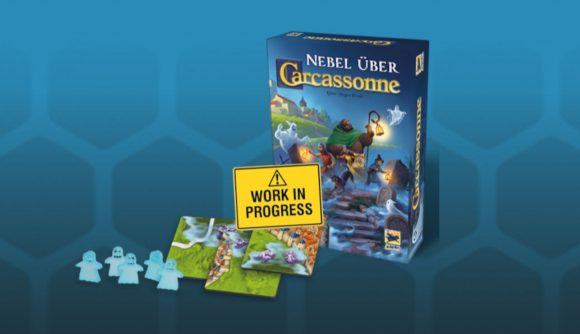 Classic tile-placing board game Carcassonne will have a new version for 2022 – and it’s stuffed full of more ghosts than an episode of Scooby Doo. According to an announcement from publisher Hans Im Glück on Thursday, ‘Fog Over Carcassonne’ – a “completely independent game that introduces a cooperative mode to Carcassonne for the first time” – is “scheduled to be released in the fourth quarter of 2022”.

Hans Im Glück says Fog Over Carcassonne will use the same core mechanics as the original game – that is, “placing tiles and collecting points”. And, while the game works on its own, it can reportedly also be used as an “extension” of existing Carcassonne games. Carcassonne’s original creator Klaus-Jürgen Wrede is also apparently back on board as designer.

The original Carcassonne – a permanent fixture in our guide to the best historical board games – sees players compete for points by filling the Mediaeval French landscape with roads and cities. In the new, foggy instalment, this same region is now overrun with the ghosts of the Cathars, a 12th-century religious sect reborn as adorable, spirit-shaped meeples. According to Hans Im Glück, players must work together to save Carcassonne and “work together to keep as few ghosts from appearing as possible and survive three days”.

As part of the announcement, Hans Im Glück has also revealed a few features of the new Carcassonne game. These include meeples “in two new forms” – one of which may be the ghost meeples pictured – as well as “different levels of difficulty” that could add further variety to the game. 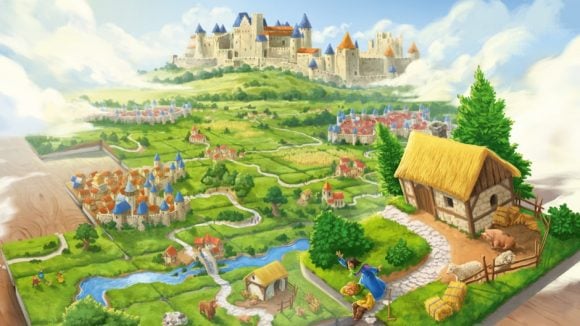 Hans Im Glück says it will continue to announce details about Fog Over Carcassonne throughout the year before its release in quarter four of 2022 – with any luck, perhaps the game will be with players in time for Halloween.

If skulking round cemeteries isn’t your thing, check out this fan-made Pokemon edition of Carcassonne. While you’re here, you might also want to check out our guide to the best board games ever to find out why we included Carcassonne on the list.