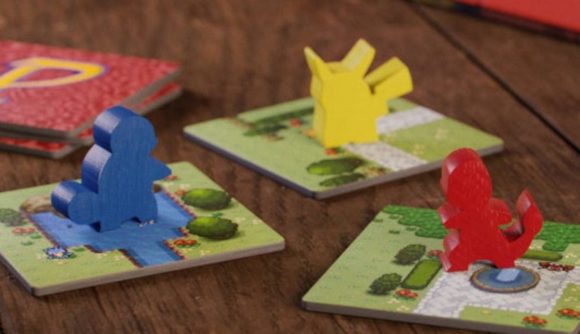 The ever-popular, tile-laying board game Carcassone has received the Pokémon treatment in a new fan-made reskin. Posting their creation to Reddit yesterday, user FiammaFenice’s punnily-named Pokesonne comprehensively re-themes the board game and several of its expansions, replacing gallic fields and medieval cities with the pixelated world and characters of Pokémon. The creator has shared the re-themed graphics for free, for you to print and play.

A cosmetic re-skin that plays almost exactly like the original game, Pokesonne replaces the game’s visuals for Pokémon-appropriate imagery. Cities are replaced with tall grass, monasteries become Pokecenters, coat of arms are replaced with a trainer encounter character sprites, and numerous first-generation Pokémon (001 to 151 in the Pokedex) dot each land tile – including Pikachu, Rapidash, and everyone’s favourite fish, Magikarp.

FiammaFenice uploaded the files of their original re-theme to BoardGameGeek at the end of March, but has now updated the project with Pokémon reskins of various Carcassone expansions. The free-to-download graphics sheet says the project aimed to “keep the mechanical simplicity of Carcassonne, but add in some thematic flavor of Pokemon,”.

Carcassone’s Traders & Builders expansion has been re-themed as the ‘Trainers & Professors’ add-on, letting you capture Pokémon for extra points, instead of the wine, grain, or cloth in the original. The rarer the pocket creature you nab, the higher your points, and capture entire evolutionary sets for big scores. 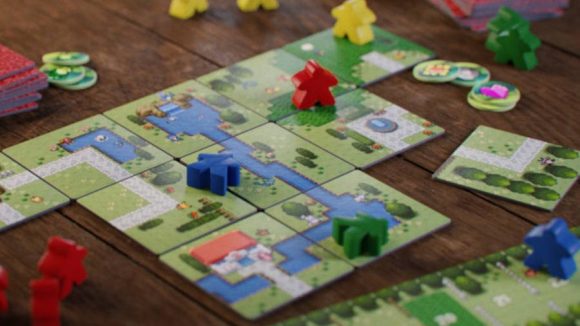 The ‘Gym Leaders’ add-on apes Carcasonee’s Fruit-bearing Trees mini-expansion pack, adding eight Kanto gym tiles, and letting you challenge their leaders to grab some of the much-coveted badges. The number of gym tiles has been increased to eight, from the six trees in the original game’s expansion, to thematically fit with the gym leader theme.

And the Inn’s and Cathedrals expansion has been re-worked as a ‘Poke Marts and Pokepark’ add-on. A road with a Poke Mart on it scores double points, while areas of tall grass containing a Pokepark score three points per tile, instead of the usual 2. 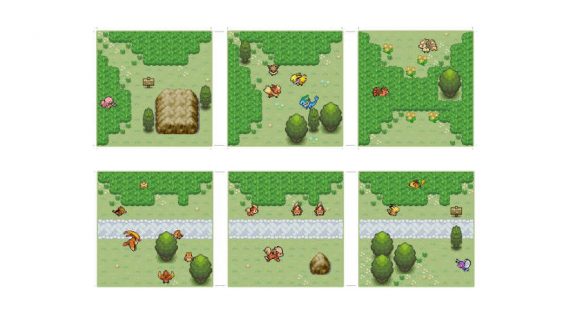 The graphics sheet also includes numerous notes for first-time players, suggesting which Pokémon to use when adding the Trainers & Professors expansion, highlighting slight rule modifications made to the original Carcassone that you may wish to revert, basic rule explanations, and clarifications for all the new symbols and artwork on each tile.

FiammaFenice also shared a few 3D renders of the re-theme on Reddit, showing off the reworked land tiles, as well as some gorgeous Squirtle, Bulbasaur, Charmander, and Pikachu-shaped meeples. 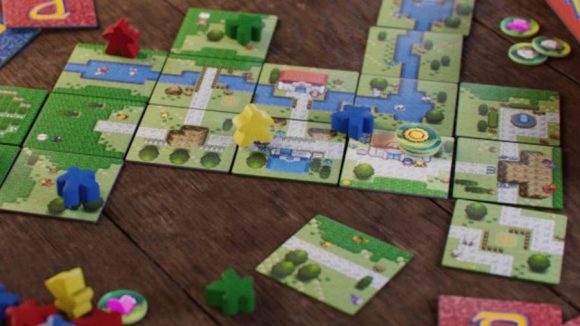 If you’re a Pokémon fiend, read our guide of the rarest Pokémon cards, and find the very best Golden Pikachu or shiny Charizard to drool over.