Knowing the poker hand rankings is essential when it comes to scoring poker games. But memorising every Texas hold’em hand can be tricky. That’s why we’ve listed every hand by their ranking in this tidy guide.

You’ll find our list ranking each hand highest to lowest, followed by a short description of each poker hand that tells you exactly what cards make a set. Remember, not all poker games reward the highest-ranking hands. In ‘high’ games, such as Texas hold’em, hands that rank highest will win, while ‘low’ games, including razz, will give the pot to the lowest-ranking hand.

When you know the Poker hand rankings by heart, check out our pick of the best free card games that you can play online. From classics like Solitaire, Blackjack, or Rummy, to modern wonders like Dominion, you’re sure to find something that excites you. Plus, they’re all completely free, so can be played in no time.

These are the poker hand rankings from highest to lowest: 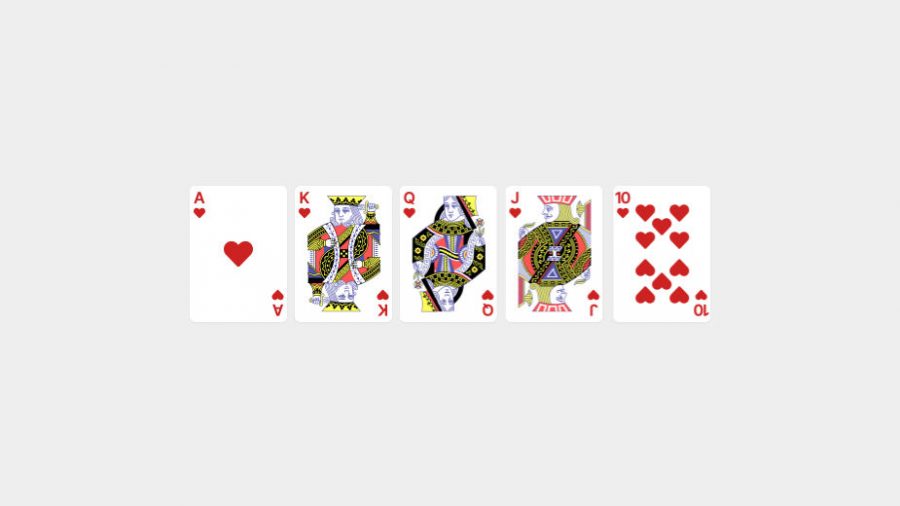 A royal flush is the best poker hand possible. It’s made up of five consecutive cards of the same suit, running from ace to ten. That means you’re looking for an ace, king, queen, jack, and ten – get all of those, and you’re in for a winner. 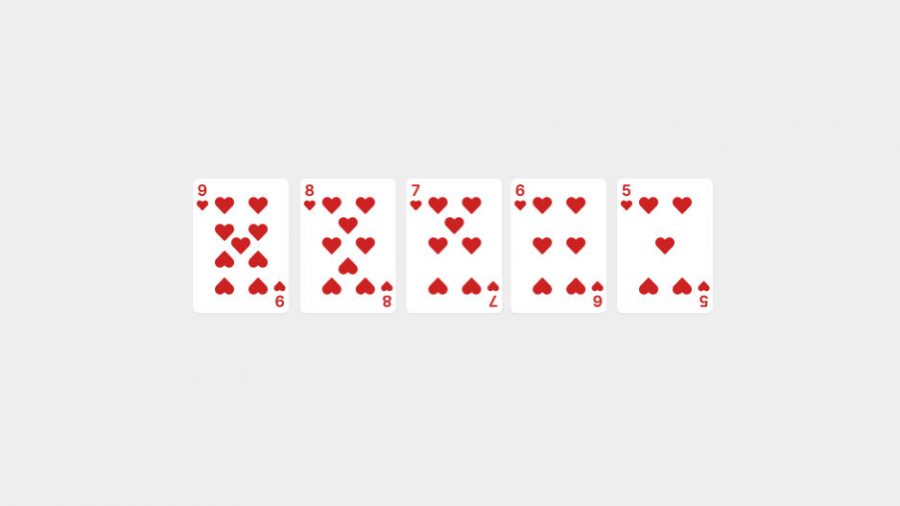 A straight flush consists of any five cards in sequential order, all of the same suit. For example, that might be 3, 4, 5, 6, and 7 of spades, or 9, 10, jack, queen, and king of hearts. A straight flush can be beaten by a royal flush, or another straight flush that contains cards of a higher number. 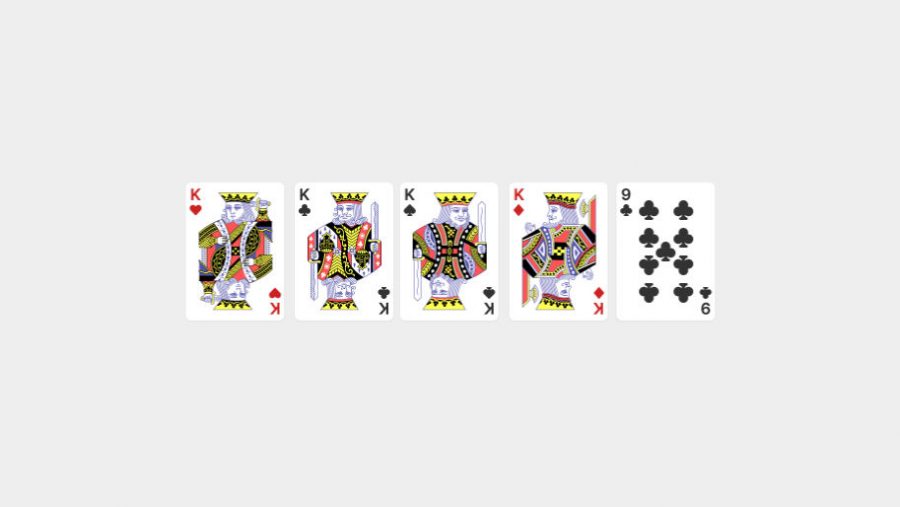 Four of a kind

Sometimes known as quads, four of a kind consists of four cards of the same value, such as four kings. If two players both have four of a kind, then the player with the higher value quad wins. 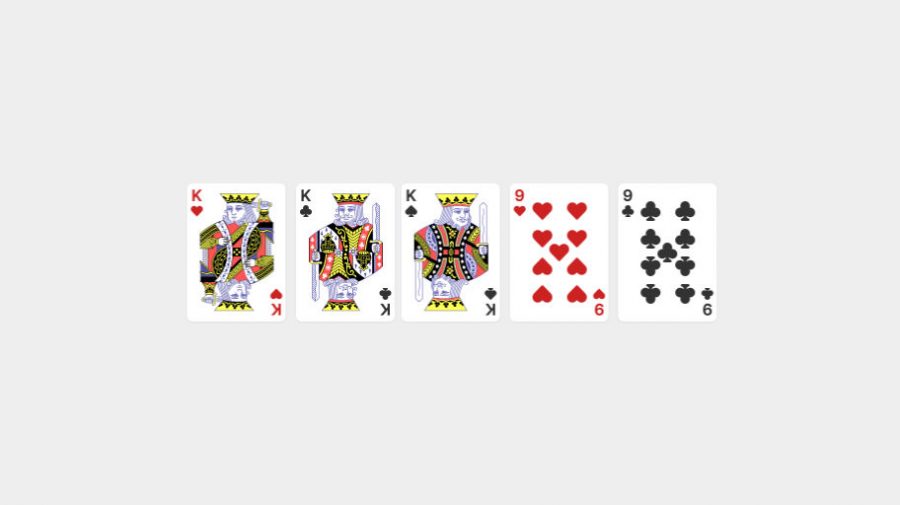 A Full house contains three cards of a single value, and two cards of another value. This poker hand effectively consists of three of a kind, plus a pair. So, that could be three jacks plus two fives. A full house can be beaten by another full house that contains a higher value three of kind. 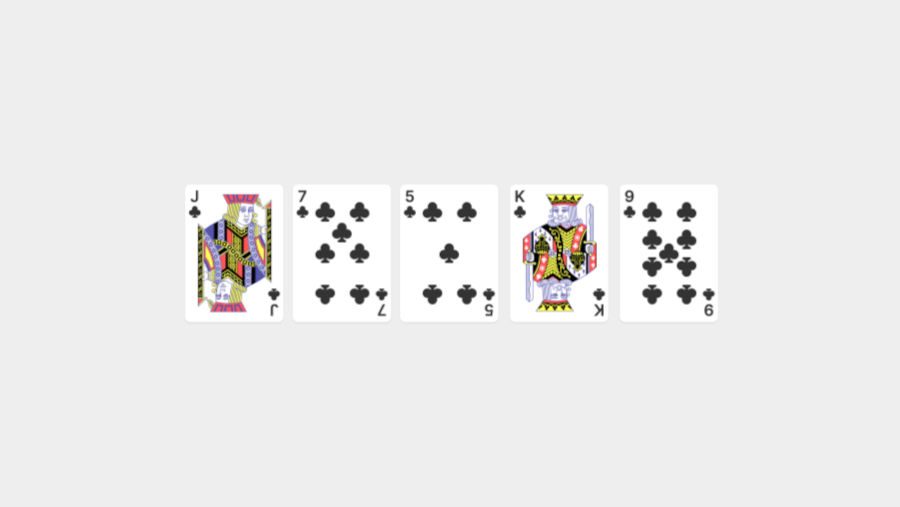 A flush is comprised of five cards all of the same suit. They don’t need to be sequential in value, so something like a jack, seven, five, king, and nine of spades would qualify. If two players both have a flush, then the flush containing the highest value card is the winning poker hand. 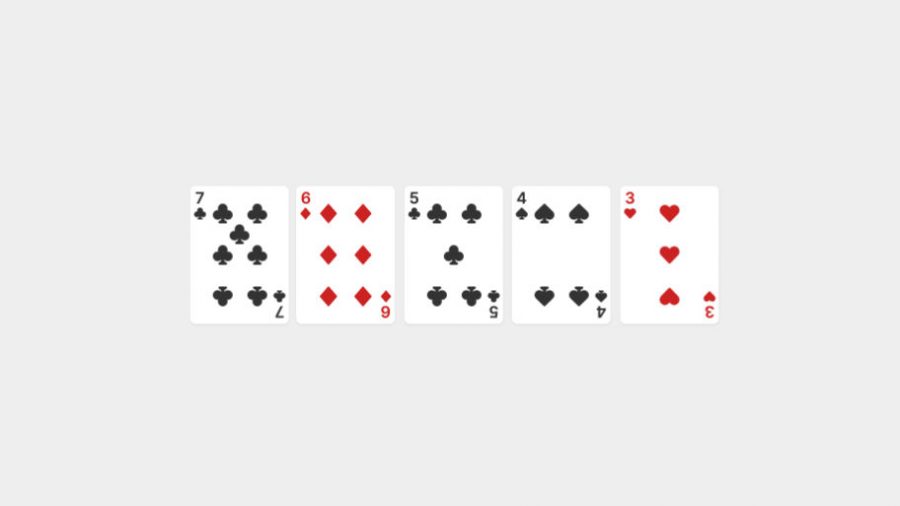 A straight is a poker hand that contains five sequential cards that are not all of the same suit. For instance, five, six, seven, eight, and nine of diamonds, hearts, and spades all mixed together counts as a straight. An ace can count either ‘high’ – which means its value is above a king – or ‘low’ – in which case its value is below a two, but can’t count as both simultaneously in the same poker hand. That prevents you from creating a straight that wraps around the card values from a king to a two. 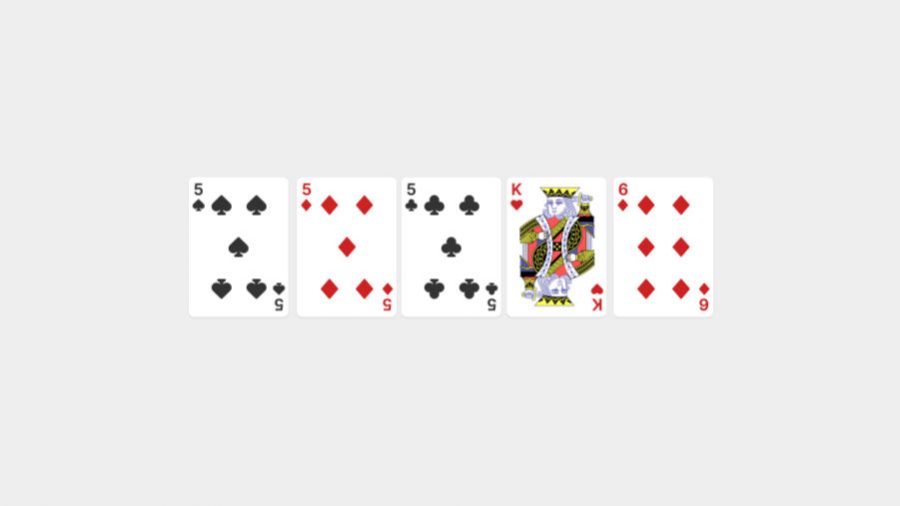 Three of a kind

Sometimes known as a set, three of a kind consists of three cards of the same value. For example, three sevens. When two players both have three of a kind in their hand, the player with the higher-value set will win. 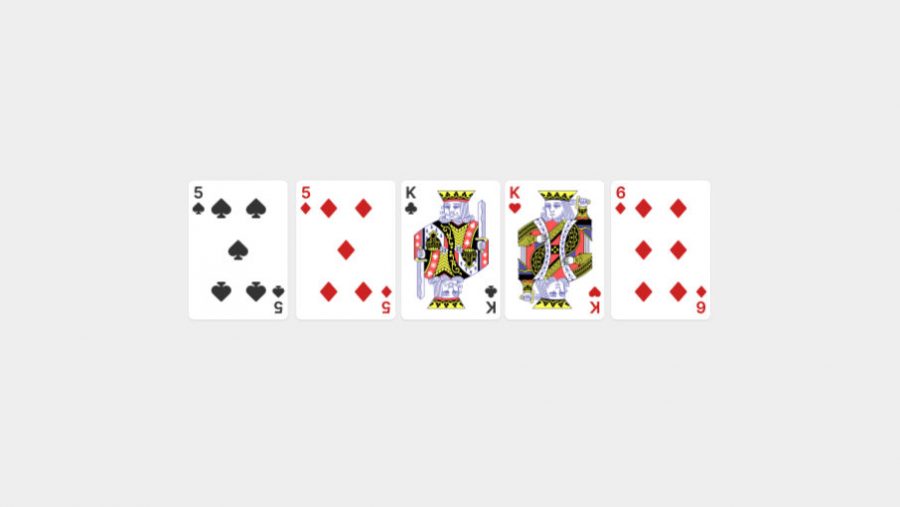 Two pair is a poker hand that contains two cards of a single value, plus two cards of another value. That might be two queens alongside two eights. If two players both have a two pair, then the player with the highest value pair in their hand wins. If, by some chance, both players have the same highest-value pair (such as, if they both have a pair of aces), then the player with the higher second pair will win. 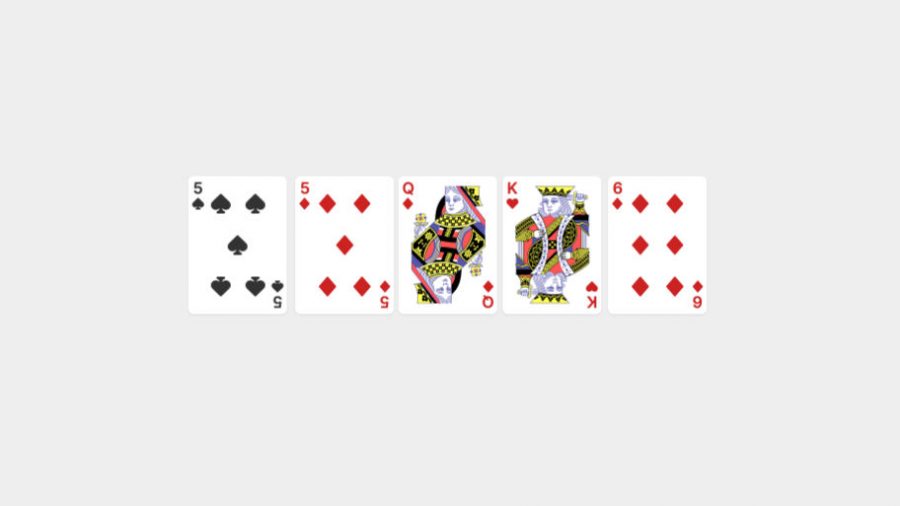 A pair is two cards of the same value. The rest of this poker hand is comprised of three cards of other values. A pair can be beaten by another pair of a higher value. If two players both have a pair of the same value, then the player with the next highest-value card wins. 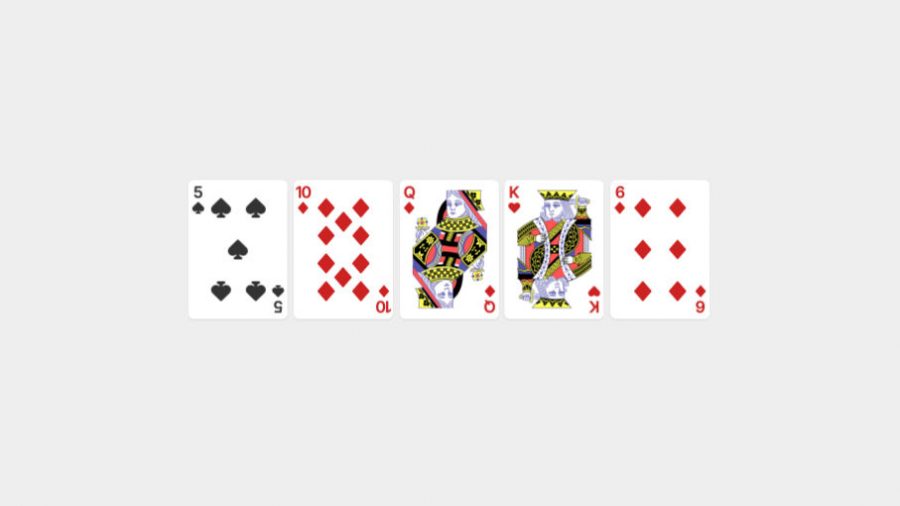 A high card is a little like having no poker hand at all. If you don’t have a hand that falls into any category above, you’ve got this. If two players have a high card, then the player with the highest-value card in their hand wins.

Not every game treats the poker hand rankings the same. In ‘high’ games, such as Texas hold’em and Seven-card stud, higher-ranking hands beat lower-ranking ones. However, in ‘low’ games, such as razz, the opposite is true: the hand that ranks the lowest will be the winner. That means a two pair will beat three of a kind. In a final variation, called high-low split games, both the highest-ranking and lowest-ranking hands win, with that game’s winnings often divided between the two players.

When it comes to forming a poker hand, make sure you know if you’re playing a high, low, or high-low split game when you start.