Want to learn how to play poker? There’s some good news: despite what professional poker players might claim, and what many films might indicate, poker rules aren’t nearly as complex as they might appear. Poker is one of the most popular card games in the world, and can be easily picked up by casual players.

We’re here to help you learn how to play poker, so you can start throwing down chips and raising your bets in a jiffy. We’ll be running through the basic poker rules, poker hand rankings, the rounds of a game, and some of its variants. We’ll be focusing primarily on Texas hold’em, the most popular variant of poker in the world, although most of the core rules apply the same to all the forms of poker out there.

Once you know the rules of poker like the back of your hand, check out our guide to the best free card games to start testing out your newfound skills. Also, a word of warning, we recommend learning poker with some friends or on free online games in which no real-world money is involved. Poker is just as fun when no money is at stake.

This is how to play Poker 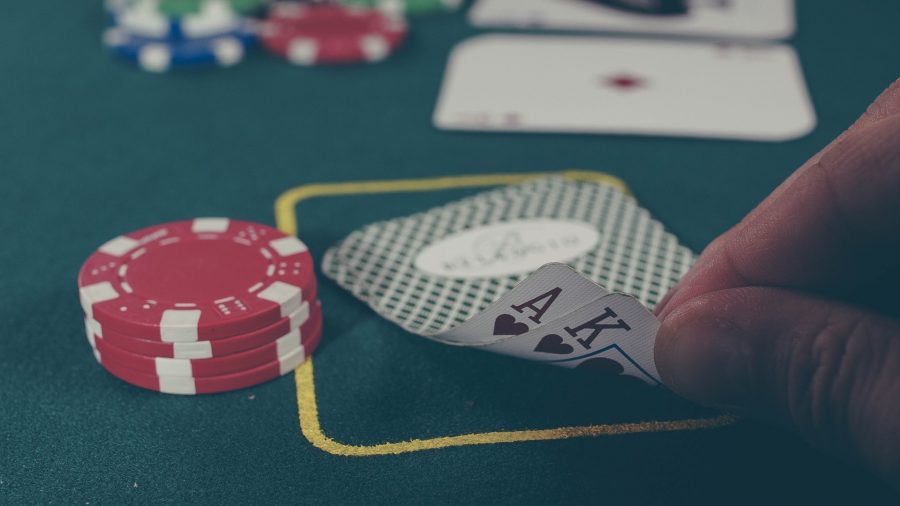 Poker is a game of bluffing, betting, and building. You’ll be trying to construct specific card combinations (called hands) that outrank your opponents’, while keeping your cards close to your chest and bluffing about the strength of your hand to win the pot at the centre of the table. After several rounds of betting, raising, and card dealing, if you’re the last player left in the game, or have the strongest hand out of every player left, you’ll take all the winnings for yourself.

Poker games are split into a series of rounds, in which a pair of cards are dealt to each player, several more cards are dealt in a pool on the table, and players are given opportunities to raise their bets or bluff their way to victory.

Card strength: These are the poker hand rankings

Before you start playing, however, make sure you have the right number of players. Games of poker generally find their sweet spot at six to eight players, although higher and lower player counts aren’t unheard of.

As well as the players, one person should also be the dealer, responsible for dishing out the cards. In casual circles, players usually take turns dealing, passing a ‘dealer’ token around the table. 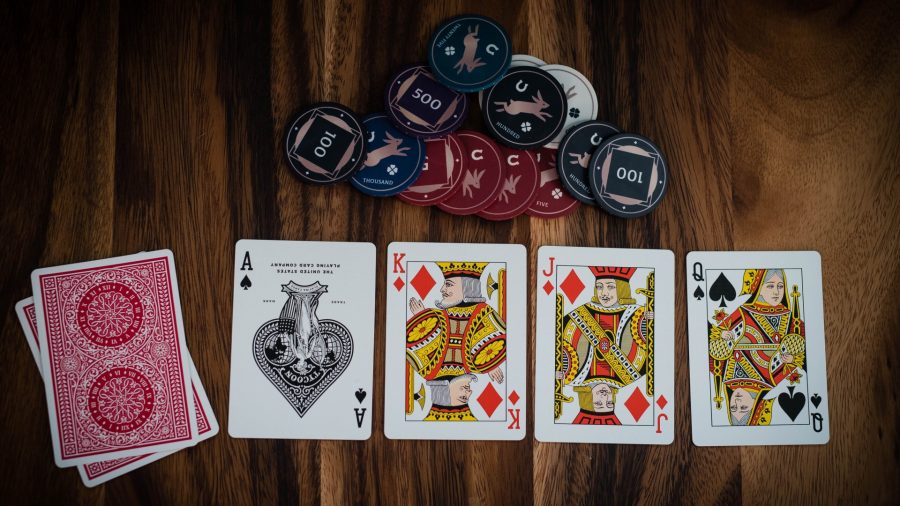 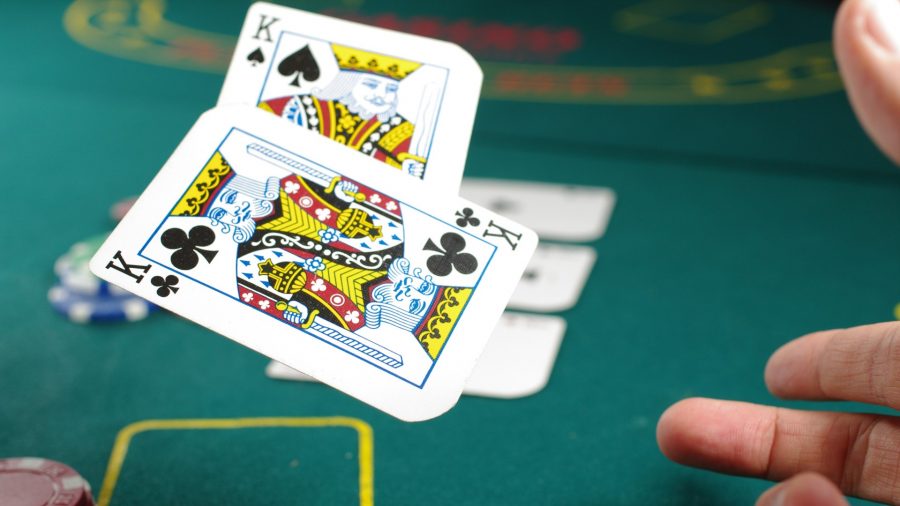 In many games of poker, particularly those played in casinos, limits are imposed on the size of bets players can legally make. These limits take three main forms:

Fixed limit – Players can only raise by fixed amounts. This prevents huge bets being made to massively increase the pot.

Pot limit – Players may only raise by an amount that’s less than or equal than the total pot. Again, this prevents huge bets, but gives more leeway.

No limit – Players can raise as much as they like. 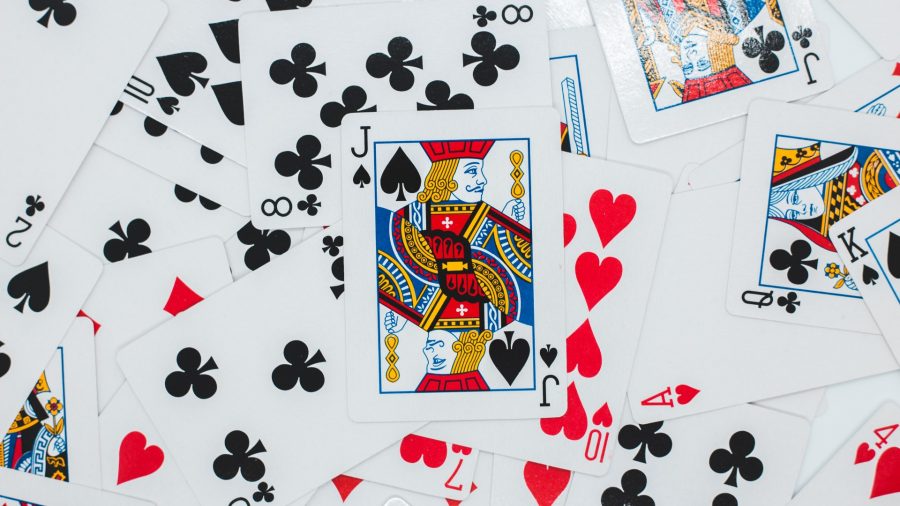 In the showdown, the final round of the game, all remaining players will compare their hands to determine which of them has won. All players simultaneously reveal their cards, before assessing which of them can create the strongest hand using their holecards and the community cards in the centre of the table.

Poker hands consist of five cards, and are ranked according to their relative strength. These are the poker hand rankings from highest to lowest.

For a more detailed rundown, read our poker hand rankings guide, in which we walk you through what makes up each hand. 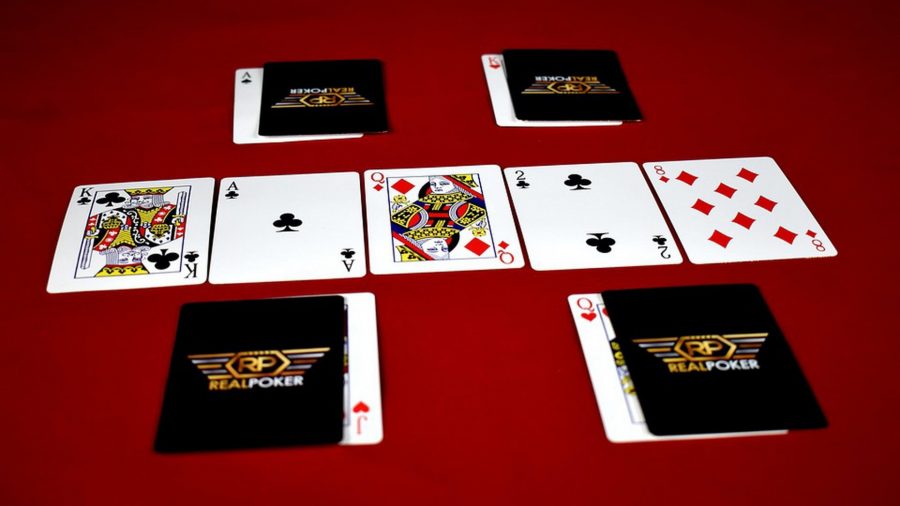 Remember, poker is just as much a game of bluffing as it is a game of careful hand building. Even if you hold a weak hand, projecting an air of confidence through the manner in which you present yourself and cast your bets might win you the game. Manipulate your opponents into folding so you won’t even reach the showdown, eliminating them from play before you’re even in a position to reveal your weak hand.

Not all games of poker play the same. While we’ve laid out the basics of Texas hold’em here, there are plenty of other poker variations that introduce subtle rule changes. Here’s some of the more popular variations:

Stud poker – There are several ‘stud’ poker variants (for example, seven-card stud, six-card stud, and razz), in which players are dealt a combination of face-up and face-down cards between betting rounds. This provides more information to the opposing players, and removes all shared community cards.

Draw poker – Also spanning many poker variants (such as five-card draw), in draw poker, players are dealt a complete hand before the first betting round begins. Each player develops their hand in later rounds by drawing replacement cards, trying to curate the highest-ranking hand possible.

Community card poker – The most popular form of poker, this is the category that Texas hold’em falls into. This variant involves a number of face-up cards being dealt in the centre of the table, which every player can use to form their hand. Omaha hold’em also falls into this category. In this game, players are dealt four holecards, instead of two as in Texas hold’em,, and must construct their final poker hand using exactly two of these cards plus three of the five community cards.