A 52-card deck of playing cards is an invaluable tool. Playing card games can be fantastic fun, and you just need the one deck to unlock every single one of them. A standard deck of cards is cheap, portable, and easy to find. If you carry one with you, you’re walking around with a pocket filled with hundreds of games, spanning every genre under the sun.

As so many modern card games are made every year, often featuring beautiful custom cards and engaging themes, it can be easy to overlook classic card games that rely on a standard deck. But even if you’re a diehard trading card game player, it’s a huge mistake to write off the classics. For one thing, you can’t carry your entire card game collection with you, whereas playing card games are the ultimate in portable fun. You ought to learn at least the very best classic card games, the ones that have stood the test of time for good reason.

If this is a facet of tabletop gaming that’s passed you by thus far, it’s high time we changed that. In order to facilitate your playing card game education, we’ve gathered together this list of card games. You’ll find each one within is well worth your time. These are: 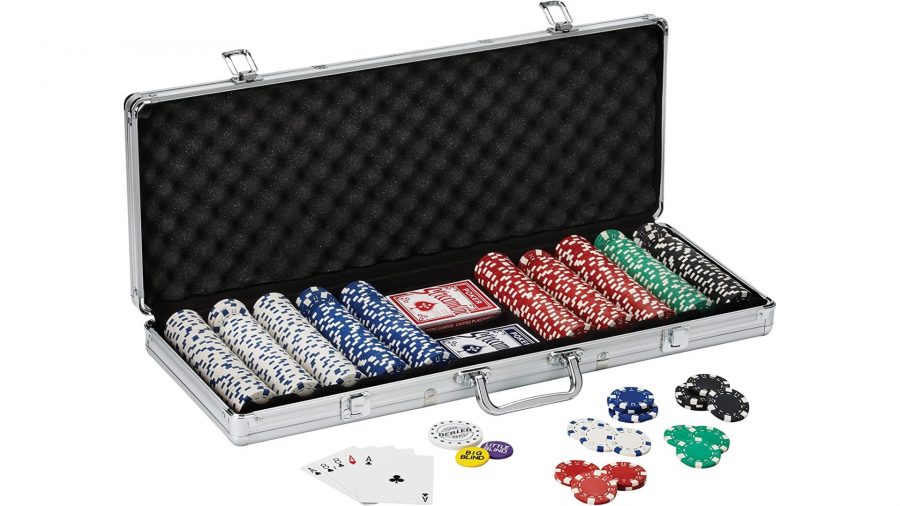 Poker is easily the best game you’ll find at a casino, though admittedly that’s not a very high bar to clear. While not necessarily the top playing card game of all time in terms of the actual gameplay, Poker often provides some of the best fun you’ll have with a deck of cards. It can quite easily sustain a raucous evening of gaming all by itself.

We’re kicking off our list of card games with Poker because it’s a fantastic place to start when you’re trying to introduce friends or family to the world of classic card games. That’s mainly because Poker is a generation-spanning cultural touchstone. We’ve all seen Poker games in movies like Casino Royale and Oceans Eleven, so we can all imagine ourselves playing, coolly pushing a handful of chips across the table, or fixing an opponent with a steely gaze as we call their bluff. There’s a certain mystique surrounding Poker, which makes it a doddle to persuade your friends to get a game going.

Another great thing about Poker, which only further improves its beginner-friendliness, is that a complete novice will often win out against seasoned pros – at least in short games – as the experts will be unable to predict their moves. It’s pretty fun to play the role of underdog succeeding against all the odds, and Poker enables this more often than you’d expect. 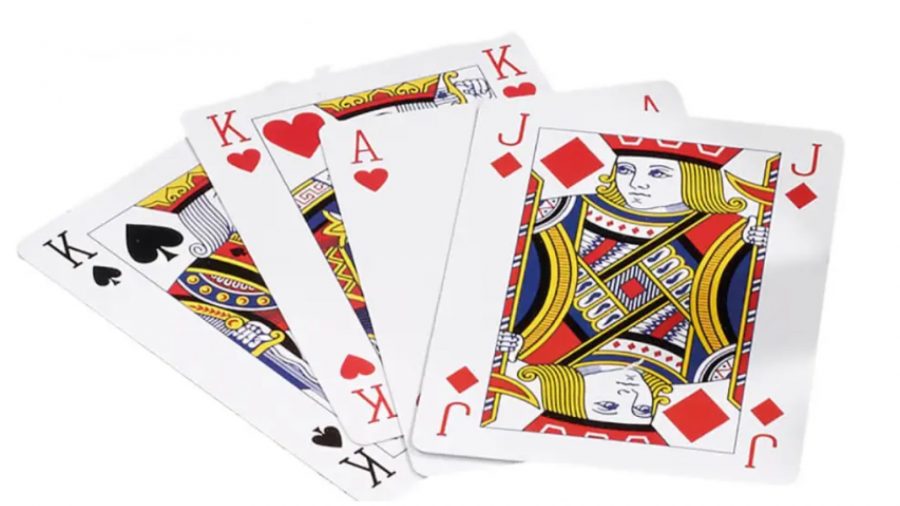 Kemps is a playing card game that entirely does away with the concept of ‘turns’. You’re trying to gather four-of-a-kind, and you do this by snatching cards up from the middle and throwing unwanted ones back. Its frantic card-grabbing gameplay and collect-em-all objective is pretty exhilarating, but the real excitement in Kemps comes from secret signals.

You can’t play Kemps with an odd number, because this card game is played in teams of two. When you’ve got a winning hand, you don’t actually win unless your partner declares ‘Kemps’, so you have to signal that you’ve finished and get them to claim victory. There’s a delicate and subtle art to this, however, as if an opponent spots your signal first, they can win right away, simply by shouting Kemps instead. 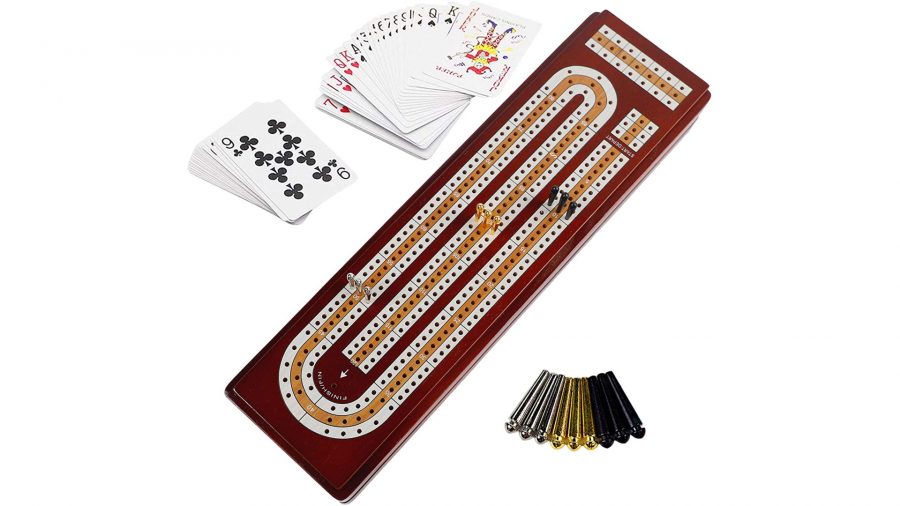 Cribbage is a classic two-player card game which dates back to ye olden days (the 1600s to be more, though still not very, precise). It remains immensely popular to this day because it’s highly compelling, simple as that. Cribbage is all about scoring certain combinations and earning points to race pegs around the Cribbage board until you reach 121. Its rules take some learning but are not overly complex, and you can whizz through a game in under half an hour. As a bonus, Cribbage is also packed with a glossary-full of excellent terminology like nibs, nobs, and, our personal favourite, double skunk.

Even if you’ve never played this traditional card game, we bet you’ve seen a Cribbage board in person before; you may even own one! If you enjoy a good couple’s board game night, you should absolutely track down the nearest Cribbage board and dust it off for a round or two. There’s also a version for three players, so you can even bring a third wheel along.

You can technically play Cribbage without the board and just keep track of your scores with pen and paper. You might want to try this when testing this playing card game out, but we very much advocate picking up your own Cribbage board if you turn out to be a fan. They’re just such lovely objects, it’s hard to describe exactly what it is about them – we just think they’re neat. 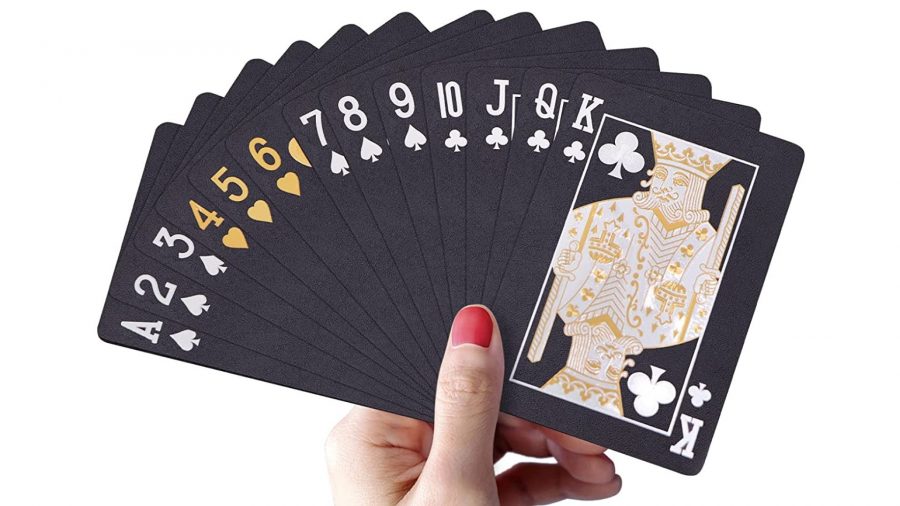 Cheat is dead simple. You lay cards down on a shared discard pile to deplete your hand, and sometimes you lie about what’s on them. Get caught, or call someone else out who was being truthful, and you have to pick up the whole pile. A major setback.

Because it’s so easy to pick up and play, Cheat is a fab classic card game for families, well-suited to younger audiences not quite ready for more complex social deduction games. However, it’s not just for kids; Cheat can be enjoyed by players of all ages.

Cheat is a good game to try out if you’re looking to hone your lying abilities (for board gaming purposes only, of course). You can often get by simply by double-bluffing, looking guilty when you’re not. This means Cheat can be an enjoyable game, even if your art of deception is more like the messy scribblings of unscrupulousness. 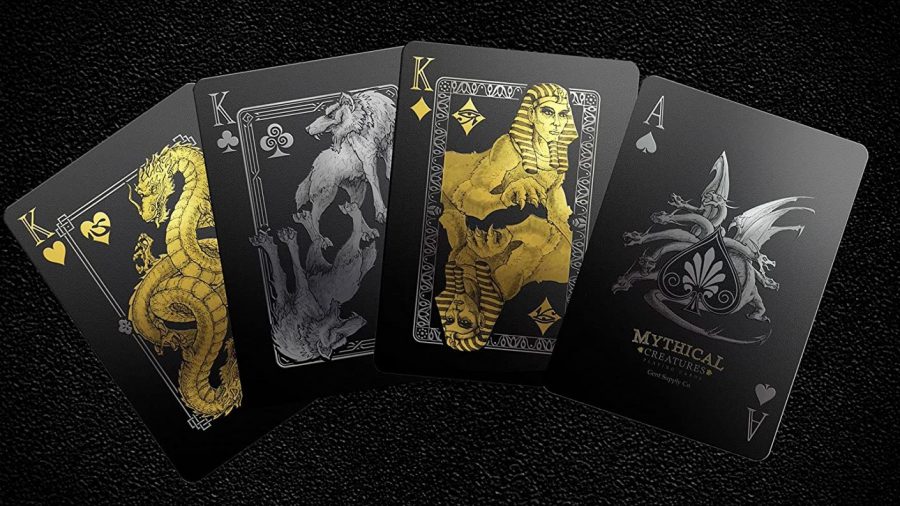 Most playing card games with a traditional deck don’t have much in the way of story, but that’s certainly not the case with deduction game Eleusis, a card game from the 1950s that recreates the scientific method. More or less…

Gods and prophets, Eleusis is not your typical card game

If one of your friends is a bossy dealer – you know the sort: “Don’t touch the cards yet!”- you should introduce them to this game because, in Eleusis, the dealer takes on the role of god. The way it works is god must come up with a rule such as “alternating red and black cards” which the other players have to try and figure out by laying cards in a sequence, devising new hypotheses and slowly whittling down options until someone cracks the code.

You’re trying to get rid of your whole hand, and if you lay a card that breaks gods rules, you have to pick up two new ones. So the first to understand the commandments ought to win. There’s a little more to it than this, as scientists can become prophets, predicting the laws of god, and as the game goes on, incorrect guesses can result in elimination as god gets grouchy, but hopefully what we’ve shared here is enough to pique your interest in Eleusis- a very atypical, thematically rich playing card game. 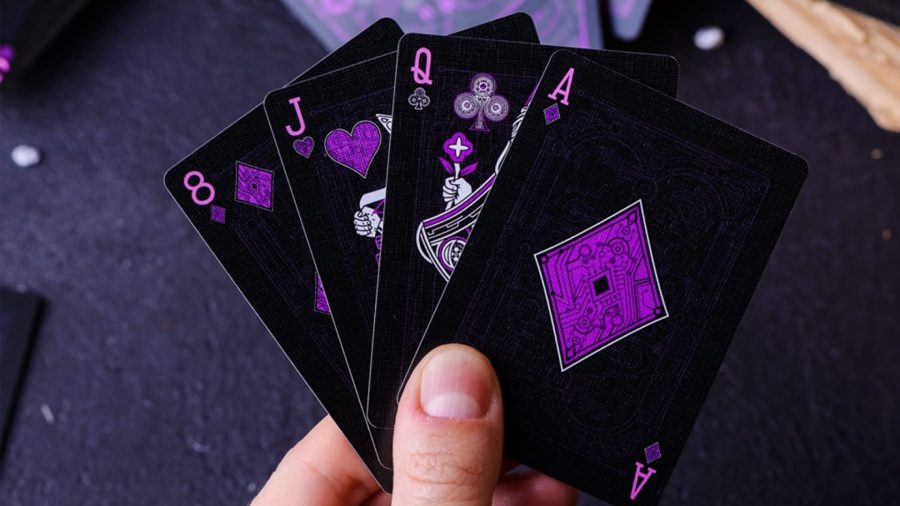 Are you lonely, (so lonely)? Do you have nobody (nobody) for your own? Well dry those eyes, at least you can still play Solitaire! You’ve probably clicked around on a free online card game version of the archetypal solo game Solitaire before, but we here at Wargamer are of the firm opinion that, when it comes to playing card games, you can’t beat the tactility of the physical versions.

When your eyes are going square from staring at screens, or you’re burned out from work, laying out the cards for Solitaire can be nourishment for the soul. The process of sliding cards around, whiling away a quiet evening with a few games of Solitaire is both calming and fun. The game’s not just meditative, it’s also enjoyable and addictive to improve and increase the number of wins you achieve. There’s roughly a gazillion different Solitaire variants, from Spider Solitaire to Pyramid, but we’ll leave it to you to figure out your favourite.