Looking for the best drinking card games? There’s plenty of ways to spice up a merry evening with a pack of cards. Whether you want to add some extra fun to your night, or are looking for an easy excuse to down your pint, drinking games will bring the party.

We’ve rounded up the best drinking card games you should try. They’re all easy to learn and require virtually no preparation, so will have you shuffling a deck and pouring another glass in no time. We’ve included some classics that all university students will be familiar with, alongside lesser-known games that deserve a go. Bust out that 52-pack and give them a spin.

Remember, though, to drink responsibly. You wanna have fun, but you’ll be able to enjoy yourself a lot more knowing everyone is comfortable and safe. Learn the basics of each game, so you can turn up to any party ready to play, and add some house rules to each game for more variation.

These are the best drinking card games: 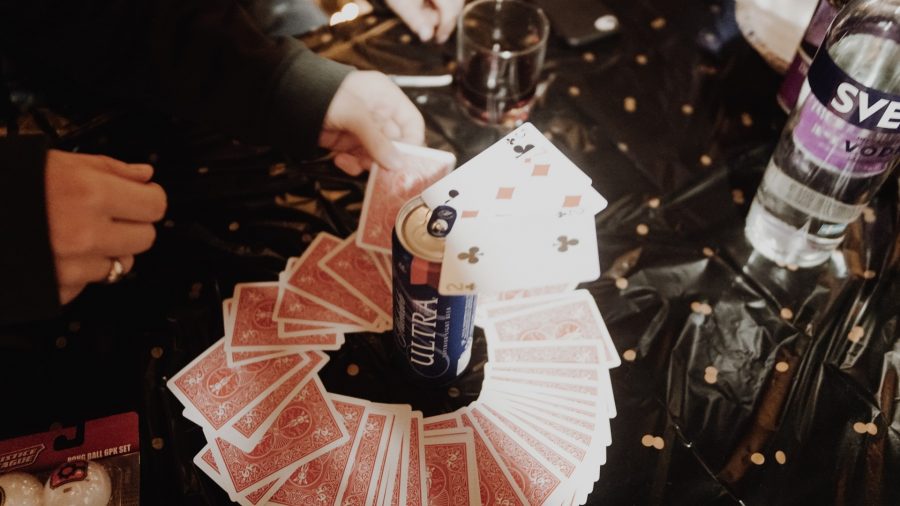 A classic drinking card game, King’s Cup is a staple of university kitchens everywhere. Place a glass in the middle of the table, surrounded by a pack of face-down playing cards laid out in a ring – the ‘ring of fire’. You’ll take turns drawing cards from the ring and performing specific actions based on their value:

Ace – Waterfall, every player starts drinking, and can’t stop until the player to their left stops

4 – Floor: the last person to touch the floor drinks

5 – Everyone who identifies as a man drinks

6 – Everyone who identifies as a woman drinks

7 – Heaven: the last person to raise their hand drinks

8 – Mate: choose a player to pair up with. Whenever you have to drink, they also have to

9 – Rhyme: pick a word and take turns saying a word that rhymes. The first person that can’t come up with a rhyming word drinks

10 – Categories: think of a category (animals, theme parks, French political parties of the 1970s) and take turns naming items in that category. The first player who can’t think of an item drinks.

Queen – Questions: anytime you ask someone a question, they must respond with another question or drink. Continue until someone else draws a queen.

King – Pour some of your drink into the glass as the centre of the table. The person who draws the fourth, last king in the deck drinks whatever’s in the middle glass.

As an added rule, if you ever break the ring by drawing a card, take a drink. Once you’ve learnt the rules with a few games, create your own house rules for even more shenanigans. 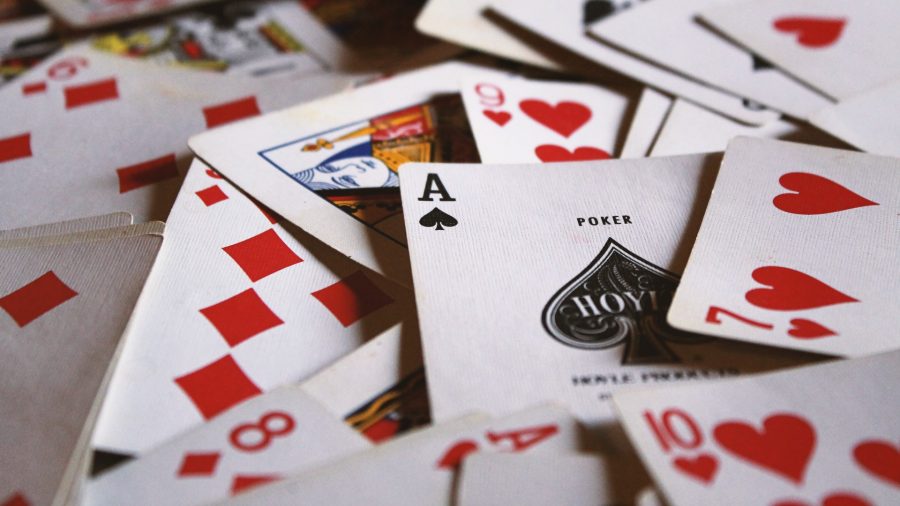 Ride the bus is a drinking card game all about guessing. The whole game is split into four separate rounds, in which players take turns blindly guessing which category a card belongs to. To get started, sit in a circle, deal a face-down card to each player and play through the following rounds. Deal each player a new card at the start of each round:

Red or Black – each player guesses whether their card belongs to a red or black suit. If you guess right, pick a player to drink. If you’re wrong, take a drink yourself.

Higher or Lower – guess whether your second card is higher or lower than your first. If you’re right, you get to pick another person to drink. If wrong, you’ll be sipping.

Between or outside – guess whether your third card will be between the values of your first and second. You can probably guess what happens if you’re right or wrong.

Suit – finally, each player guesses the suit of their fourth card. Drinks are handed out the same way as the previous rounds.

That portion of the game can work well by itself, but as a final hoorah, move on to the ‘pyramid’ part of the game. Construct a face-down pyramid of cards in the centre of the table – one card in the top row, two in the second, three below that, four after, and five in the final tier – and take turns flipping over each card from the bottom row to the top. Anytime you have a matching card in your hand to the one that’s just been flipped, pick a player to take as many drinks as there are cards in the row. Replace the flipped card with another from the pack, adn keep on going. 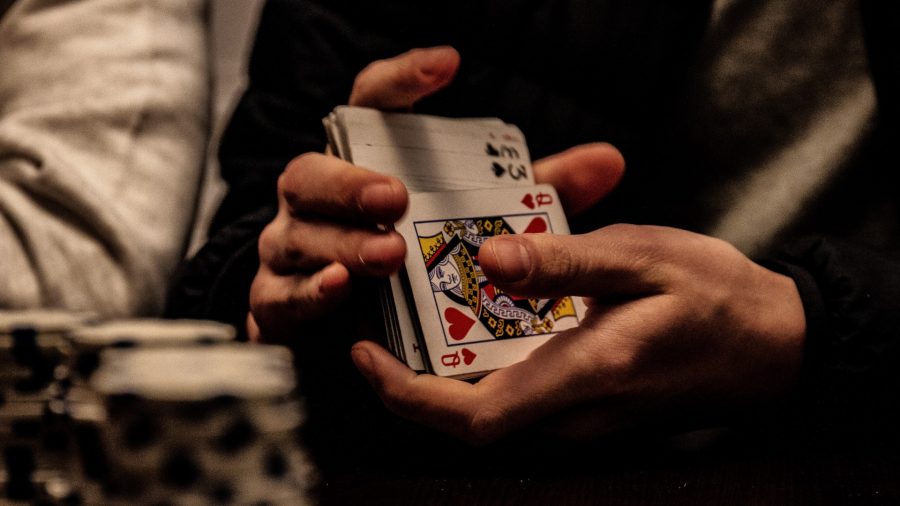 This drinking card game will get the whole group drinking very quickly. One player, the dealer, grabs a deck of cards, and reads out the value of the top card. The person to their left then guesses whether the next card dealt will be higher or lower – aces are high in this game, so higher than a king.

If they guess correctly, the dealer takes a drink, and the game continues with the next person in the circle taking on guessing duties. If you ever guess wrong, you’ll take a drink and become the dealer.

When you want to add an element of murder mystery to your drinking card games, play killer. To start, deal out a black card to each player, but include one red card among them. Make sure the deal is random, and no one knows who got the red card – that player will be the killer.

The game proceeds in two phases: in the first, everyone closes their eyes while the killer discreetly gets up to tap one other player on the shoulder. That player is dead, out of the game, and must take as many drinks as players have been killed. In the second phase, players use their shrewd detective skills to determine who among them is the murderer. They must make one guess (decided by majority vote). If they’re right, the killer kicks the bucket and must take as many drinks as there are players remaining; if they’re wrong, that player dies and everyone takes a drink. 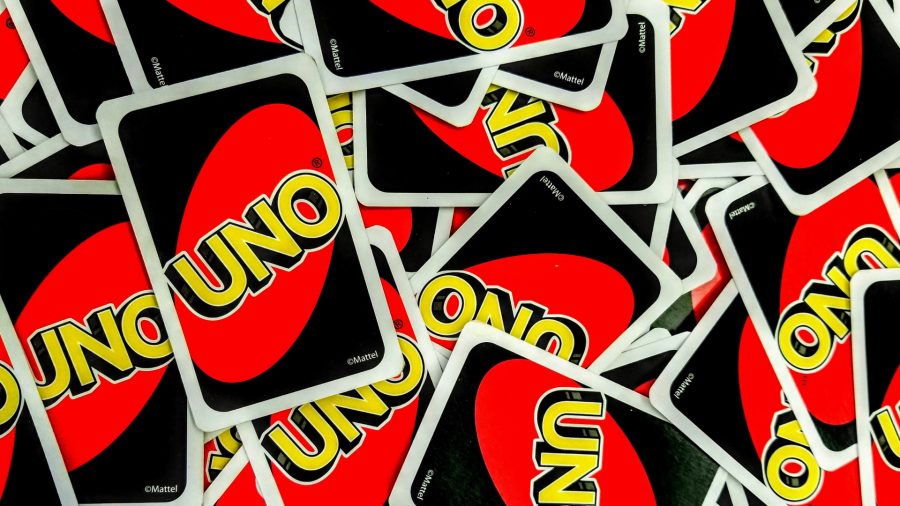 For this one, you won’t need a classic 52 pack of cards, but a pack of everyone’s favourite colour-matching, number-driven card game, Uno. Drunk Uno plays exactly the same as the normal game, with a few additional drinking requirements thrown in for good measure. Anytime the following happens, take a drink: