If you’re looking to spend some quality time with that special someone, picking up a two-player board game is always a great choice to deepen your connection while having unadulterated fun. Board games have the surprising ability to strengthen your relationship while also putting it to the test, pitching you and your significant other into a tense tug of war as you battle for a win.

Putting aside, for the moment, the potential for passive aggression or even heated competitive arguments, playing games together strengthens communication skills and creates great memories. It’s also a perfect date idea – especially during a global pandemic, when your options for a romantic evening excursion are otherwise limited to essential supermarket trips and walks round the block.

Thanks to 2020’s Coronavirus lockdowns, more and more couples have found themselves taking their first dive into the world of board games, or else taking the opportunity to share their favourite games with one another. However, with so many options on the market, finding your next boxful of two-player tabletop fun, frolics, and DIY couples counseling can be a long hunt.

Here’s our list of the best board games for couples, offering suggestions for both new and seasoned gamers for their next date-night activity.

THE BEST COUPLES’ BOARD GAMES 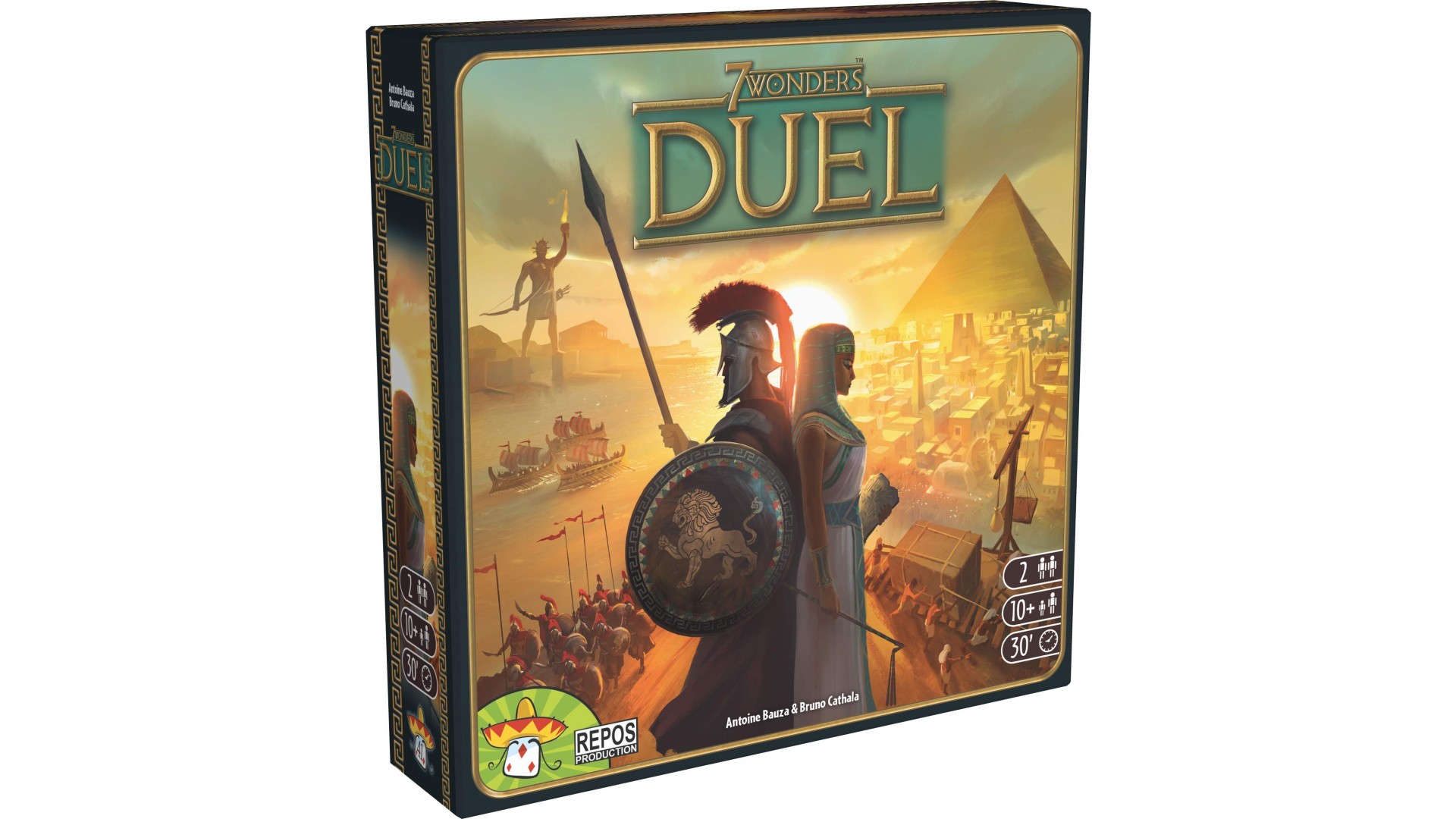 When you can’t travel for an exotic, romantic getaway, what better alternative than a city-building resource management game for two? VII Wonders: Duel is the two-player version of Repos Productions’ leviathan 2010 board game, putting couples in a tight race to build the most advanced civilisation and gather the most points.

Tons of variation and replayability make Duel a solid choice

Players will run through three eras, jostling to secure a win through either military or scientific development. You will also need to start building your four allotted Wonders, meeting all prerequisites, gathering resources and playing mind games for cards.

Although tallying up your points at the end of a match can sometimes  be a bit of a mood-killer, VII Wonders: Duel makes up for it by offering tons of variation and replayability in each game, making it a solid choice for repeat game nights. 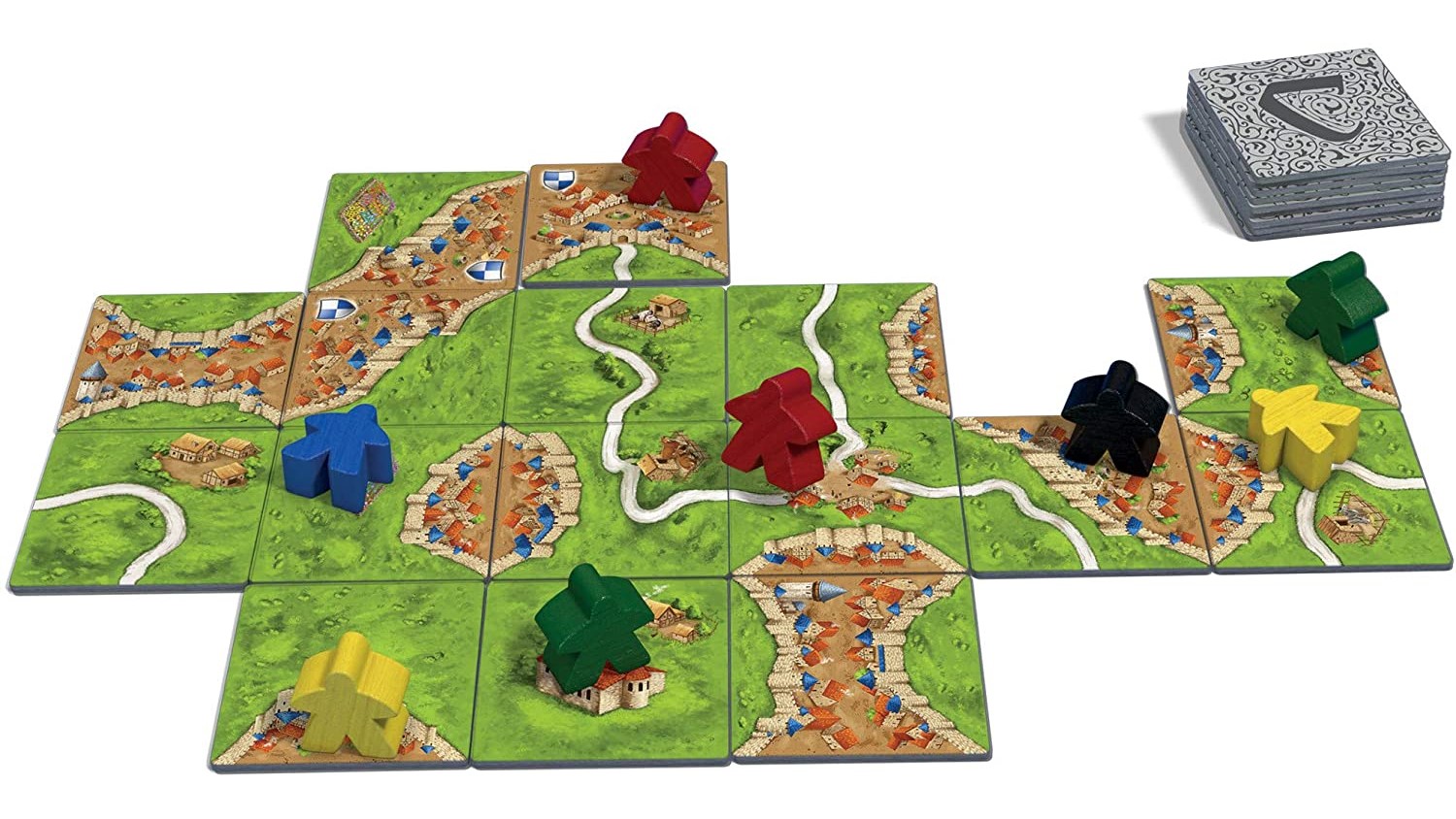 This two-to-five-player board game is a stone cold classic, known and beloved by many. Carcassonne is an incredibly easy-to-teach tile-laying game and an excellent ‘gateway game’ for couples relatively new to board gaming.

Even after 21 years, this game is hard to put down

Players start placing down tiles that depict parts of cities, roads or abbeys, building up a map of southern France with each successive turn. As you try to win through gathering territory, you can cooperate or purposefully muck up each other’s building efforts, claiming areas to block your opponent.

There is something incredibly involving about physically placing down tiles while bantering with your partner, making Carcassonne an excellent couple bonding choice. No matter if you choose to play together or a bit dirty, this game (even after 21 years) is hard to put down and is still one of the ultimate go-to board games for first date shenanigans. 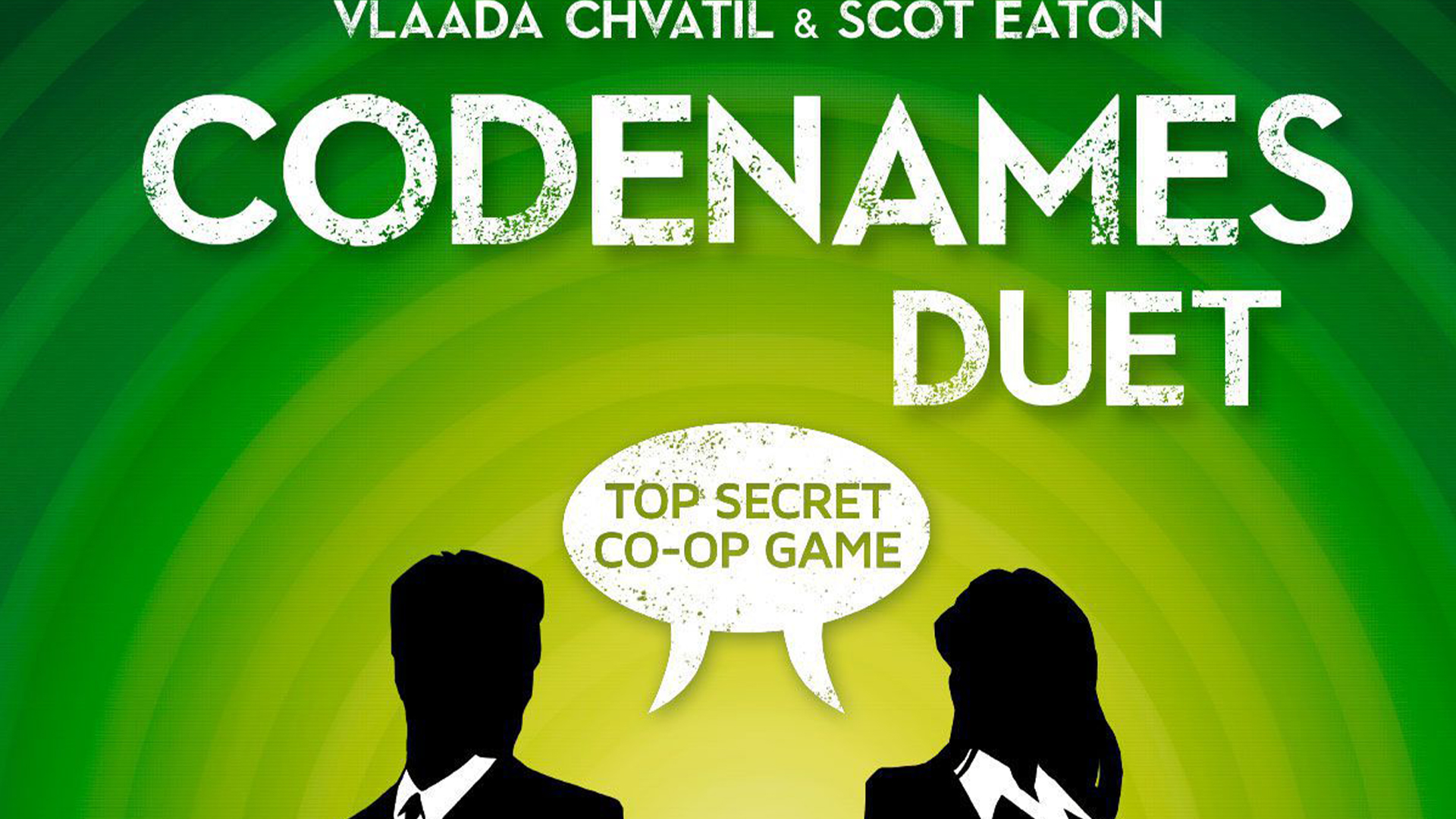 One of the best cooperative two-player games you can find, Codenames: Duet is a frequent favourite for many couples.

The two-player spin-off takes all the best elements from the Codenames series and squeezes them into a sleek, faster-paced team-effort structure.

Secret identities: These are the best games like About Us

As in the original Codenames, players must work together to decode messages, giving each other one-word clues and numbers to place down agent cards, while safely avoiding the hidden assassins.

The game also comes with 200 more cards, and a campaign option that adds a fair bit of replayability. The united effort to win, as well as the fun wordplay puzzle mechanic makes Codenames: Duet a winning choice for any pair of partners in their date night activity. 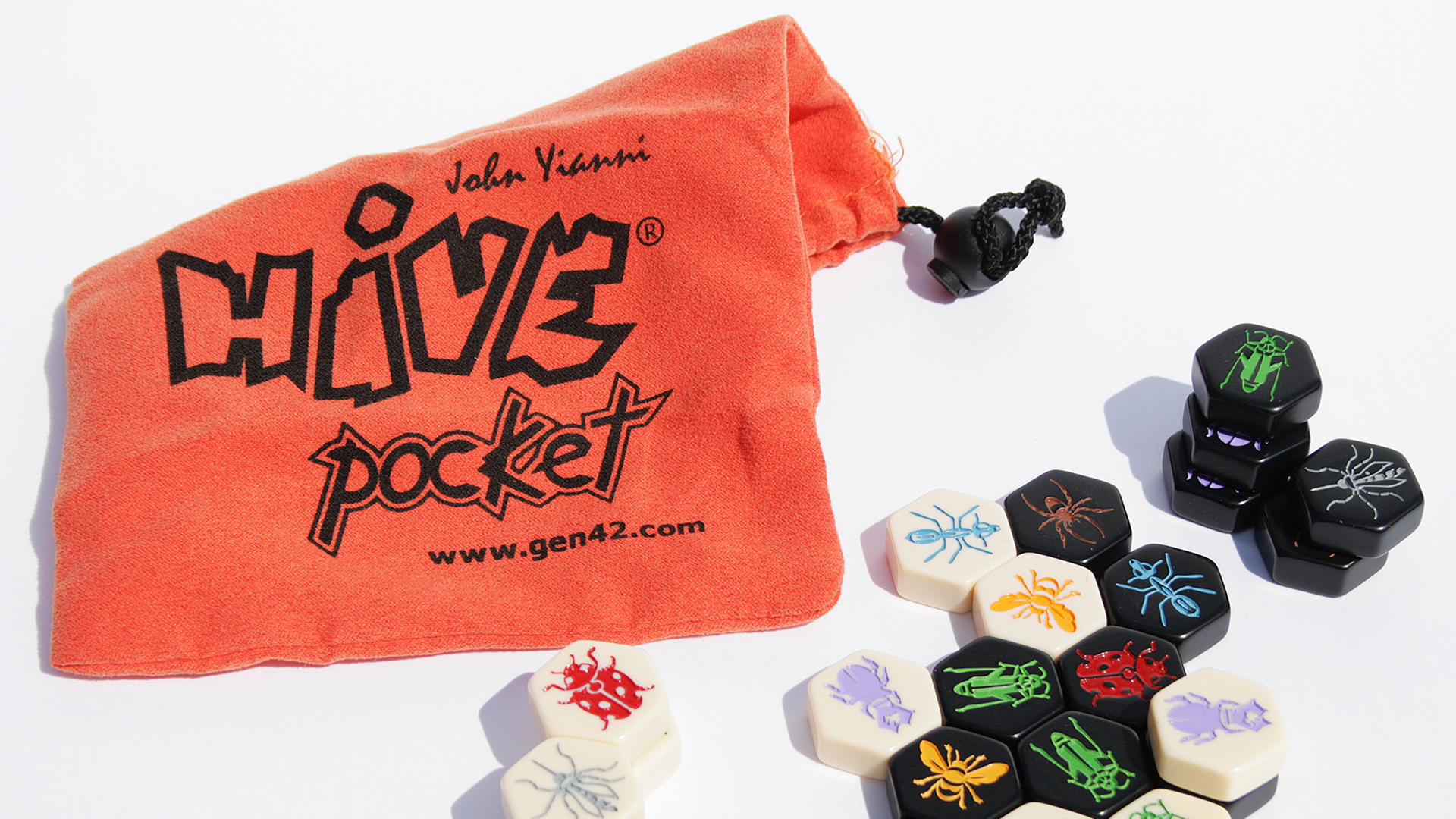 Hive Pocket is a battle of wits and a great alternative for partners who love Chess, Go, or other abstract strategic games. By laying down hexagonal tiles, the aim of the game is to surround your opponent’s queen bee without breaking up the pattern of tiles already laid down.

Hive Pocket, the portable version, is too damn cute

Each bug tile has its own moves and rules, and every play will leave you and your partner obsessing over possible new tactics – as well as all your previous mistakes. However, like Chess or Go, Hive Pocket is one of those games you either have the feel for or you don’t, making it a useful temperature-testing  choice when picking out a couples’ activity. If you and your significant other do get a taste for it, though, Hive will prove as addictive to you both as sweet, sweet nectar to a bee.

We’ve chosen to highlight the travel version, Hive Pocket, partly because Hive’s simple, compact design lends itself to the on-the-go tabletopper anyway- but mainly because it’s just so damn cute. 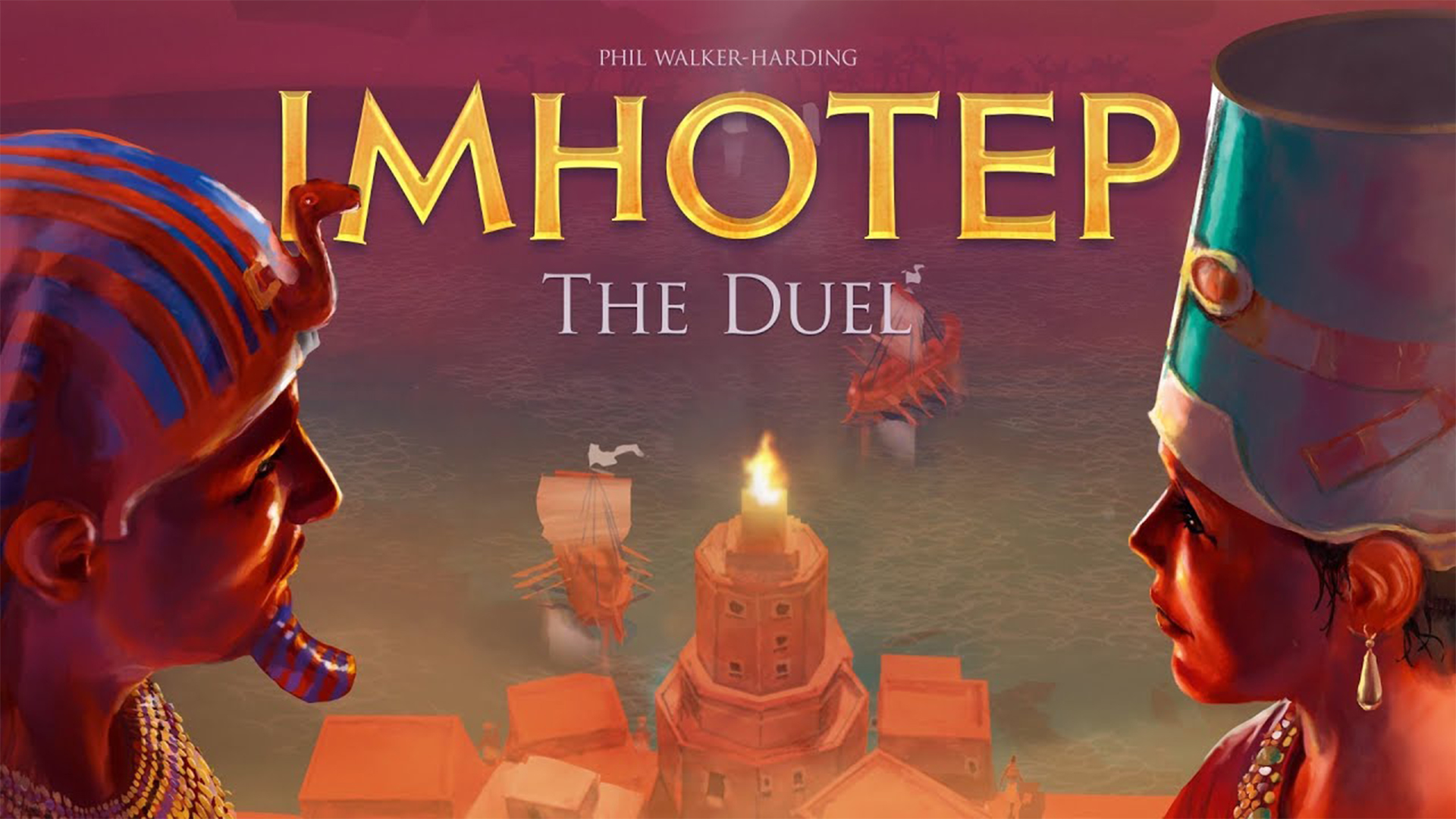 Each taking the role of one half of one of Egypt’s most famous power couples, you and your partner will rule as either Nefertiti or Akhenaten.

This quick, tactical game pits the two rulers against one another as they strategically unload six barges, in hopes of retrieving building materials and other tiles.

Just for grown-ups: These are the best board games for adults

The game is a less aggressive version of the original Imhotep, making it a better-balanced and more couple-friendly choice than its older brother. It feels casual enough for a light-hearted date but tactically deep enough to fully absorb players into a semi-competitive race, as you strategically place down pawns to gather those precious tiles.

Imhotep: The Duel strikes that fine line of being just right for any mood and any couple’s temperaments, all while offering gorgeous aesthetics and easily-grasped mechanics. 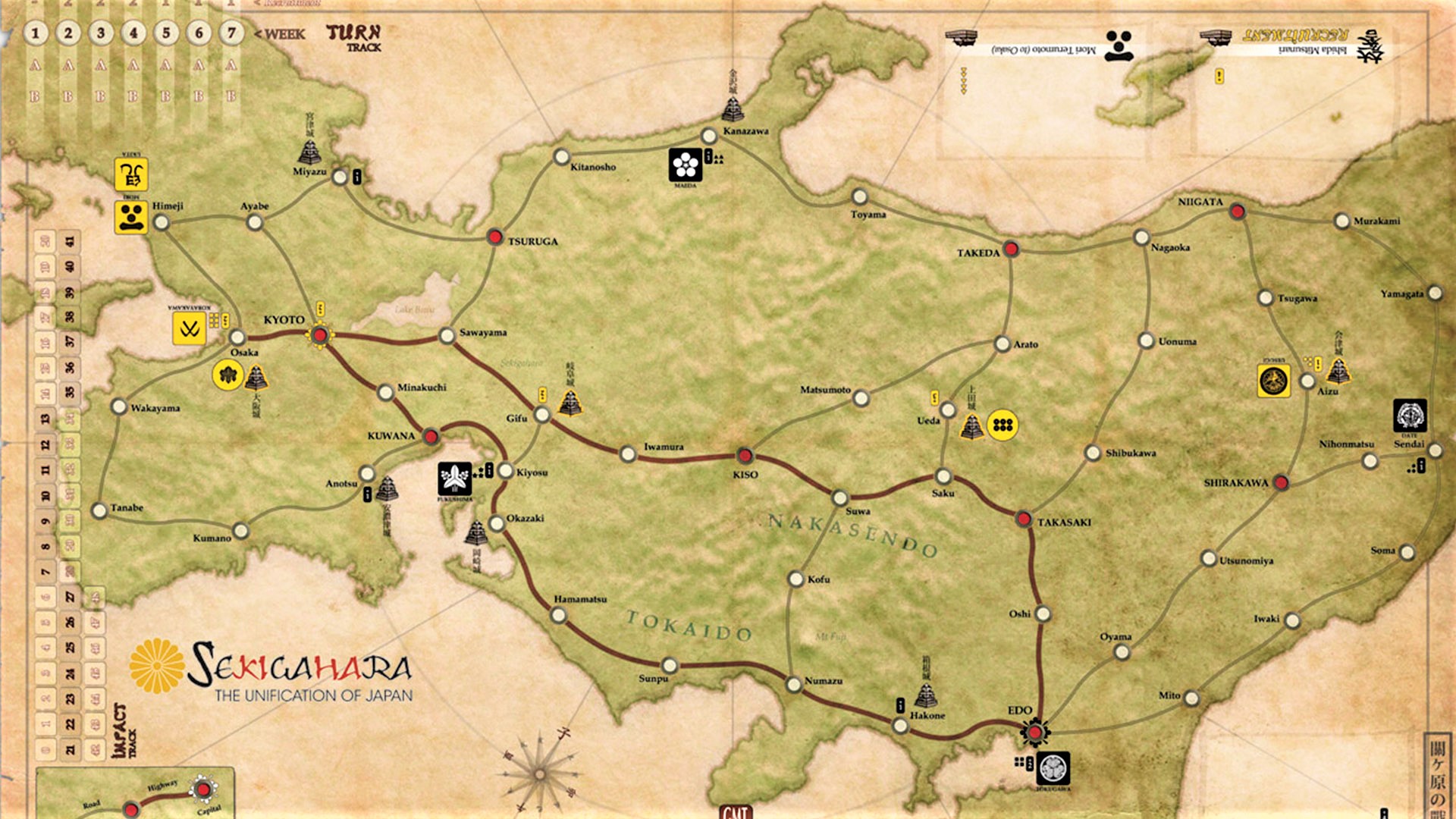 SEKIGAHARA: THE UNIFICATION OF JAPAN

GMT games’ runaway hit Sekigahara: The Unification of Japan, set in 1600, is a seven-week campaign designed for two players. Each player must battle for supremacy as either Ishida Mitsunari, defender of an heir, or Tokugawa Ieyasu, Japan’s most commanding feudal lord.

Over the course of the 14 game turns, players move their block units, use cards to engage in combat and pay for movement to increase their impact score. With mechanics for loyalty challenges, sieges and the different instant-win conditions for each player adding some balanced complexity, Sekigahara adds up to a great couples’ strategy game .

It is also a fantastic production; all its components are  of first-rate construction and perfectly capture the aesthetics of feudal Japan. If you are a couple that’s into wargames  or interested in world history, this is really a title worth your attention. 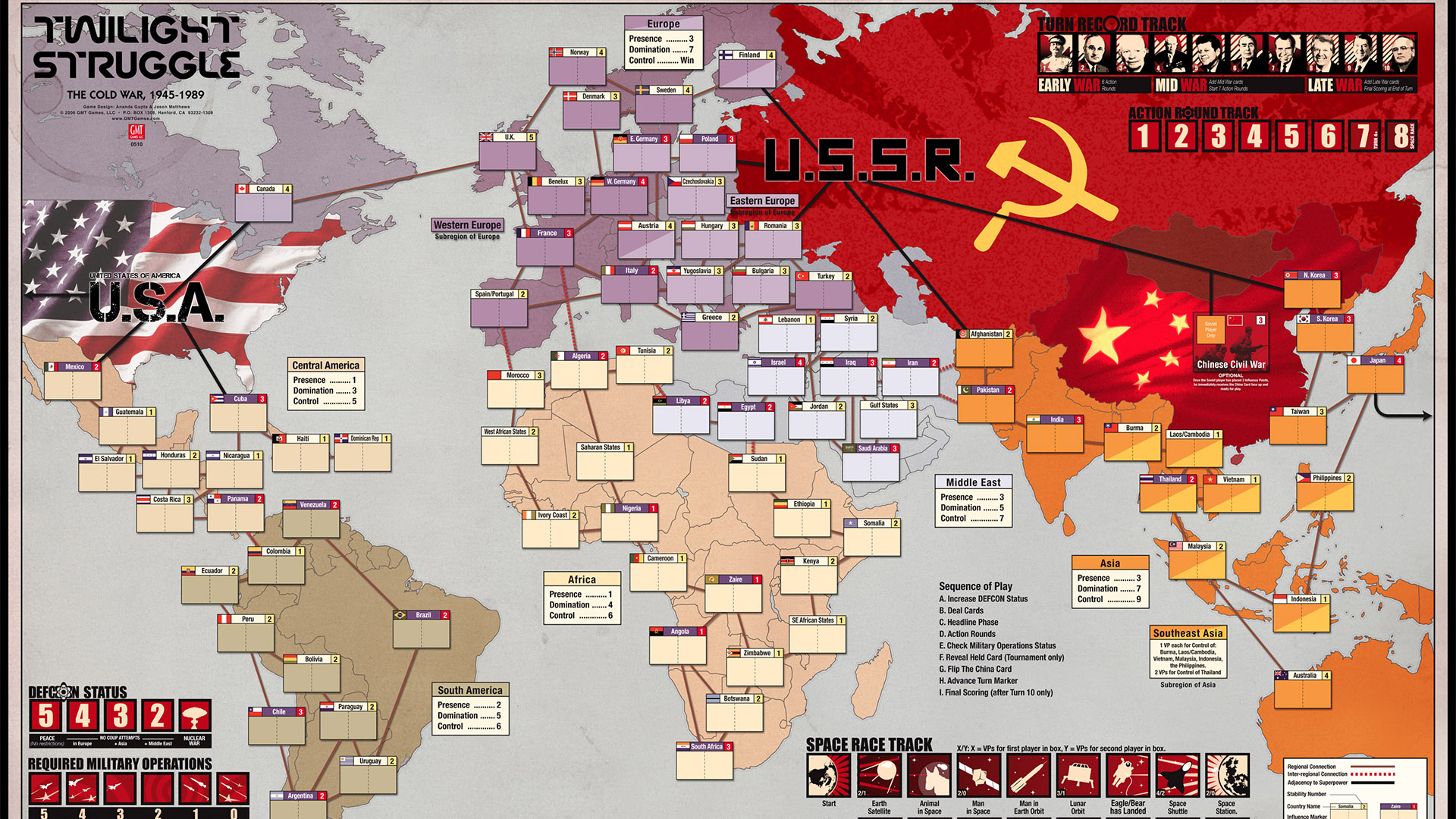 What is more romantic than the threat of nuclear war? Twilight Struggle is a well-known, loved and complicated game. Set during the Cold War, the Soviets battle the USA in a tug-of-war for control of territories across the globe.

Gameplay is separated into three phases, offers tons of difficult decisions and even has a Defcon track measuring the impending threat of mutual annihilation, making Twilight Struggle feel like a vast, moving story that neatly simulates the ideological tension between the two countries.

The complexity and depth of Twilight Struggle have rightfully made its name as one of the best two-player board games of all time.

If its reputation or gameplay don’t convince you of its date-night capabilities, just remember that a Cold War (while possibly leading to global devastation) is basically just another way for some good old fashioned strategic flirting. 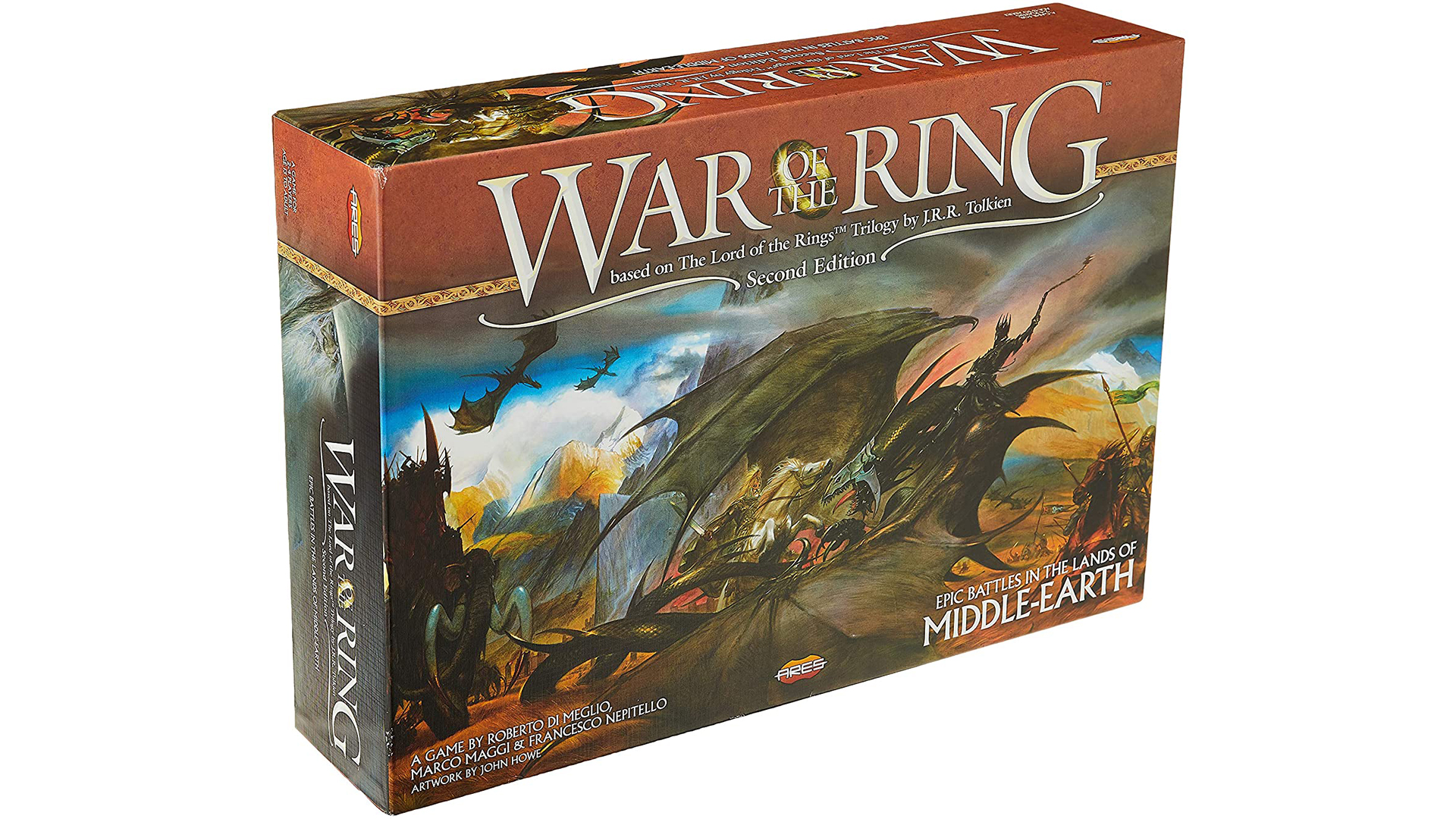 WAR OF THE RING: SECOND EDITION

War of the Ring is a revered giant among board games, with good reason – but this one is definitely not for the faint of heart. A complex, expansive two-player wargame, it is a perfect fit for experienced couples with plenty of free time, but – and we mean this – it ain’t for everyone.

Because, at its crux, War of the Ring succeeds by being an ingenious yet punishing experience that will keep you and your partner coming back for more even though the last game left you gibbering, scarred husks and your living-room floor covered with orcs.

In the battle of good versus evil, players fight for control of Middle-earth, moving forces (and/or hobbits) across a detailed board that will in itself be a visual pleasure to any Lord of the Rings fans. Its complexity and hard tactics may seem like too much at first, but soon you will realise these features make the game fun for partners.

After tasting defeat you will find yourself obsessed with finding different ways to win, staying up at night thinking about all the moves you could have tried to defeat Sauron’s forces, and ever more optimal ways you could (and should) have made your partner struggle harder.

If you can push through the first playthrough, and grasp the in-depth rules, there’s no better game than War of the Ring to shackle couples together as they continually puzzle out new ways to fight their way across Middle-earth. 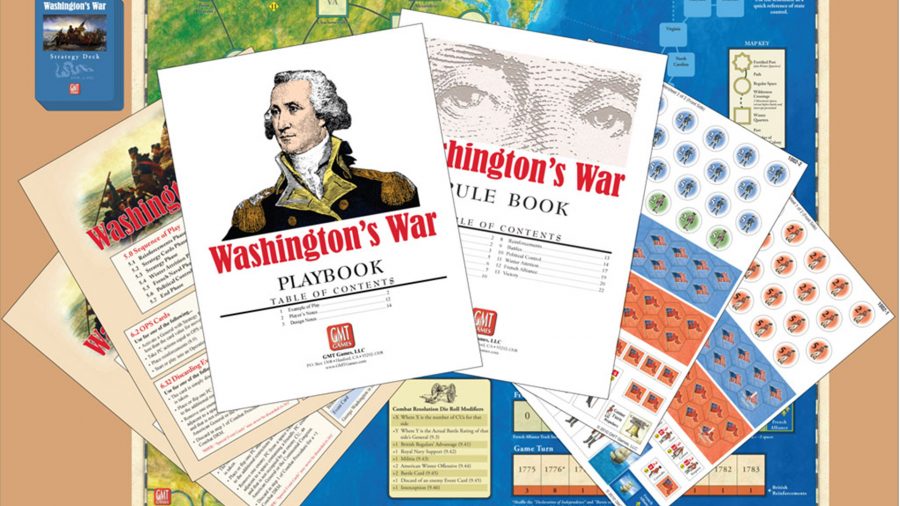 True, old-fashioned wargaming is often intimidating and hard to introduce new people to; however, if you find that special someone willing to give it a shot, Washington’s War is a superb choice for your first foray into counter-based campaigning.

This card-driven board game, set during the American War of Independence, lets players battle as either the British or George Washington’s revolutionary forces. Mechanically, it isn’t too complicated, and, with a little guidance, can be easy to pick up and understand.

Fight the good fight: These are the best war board games

The asymmetry of the opposing sides gives enough variation and balance to make each playthrough a distinct and satisfying fight for area control.

With tons of ‘ops’ cards, a few special events, well-done dice-driven combat and five cards that can give the war a totally different ending date at any time, Washington’s War keeps you on your toes. All in all, it’s an ideal title for any couple looking for an introduction into wargaming. 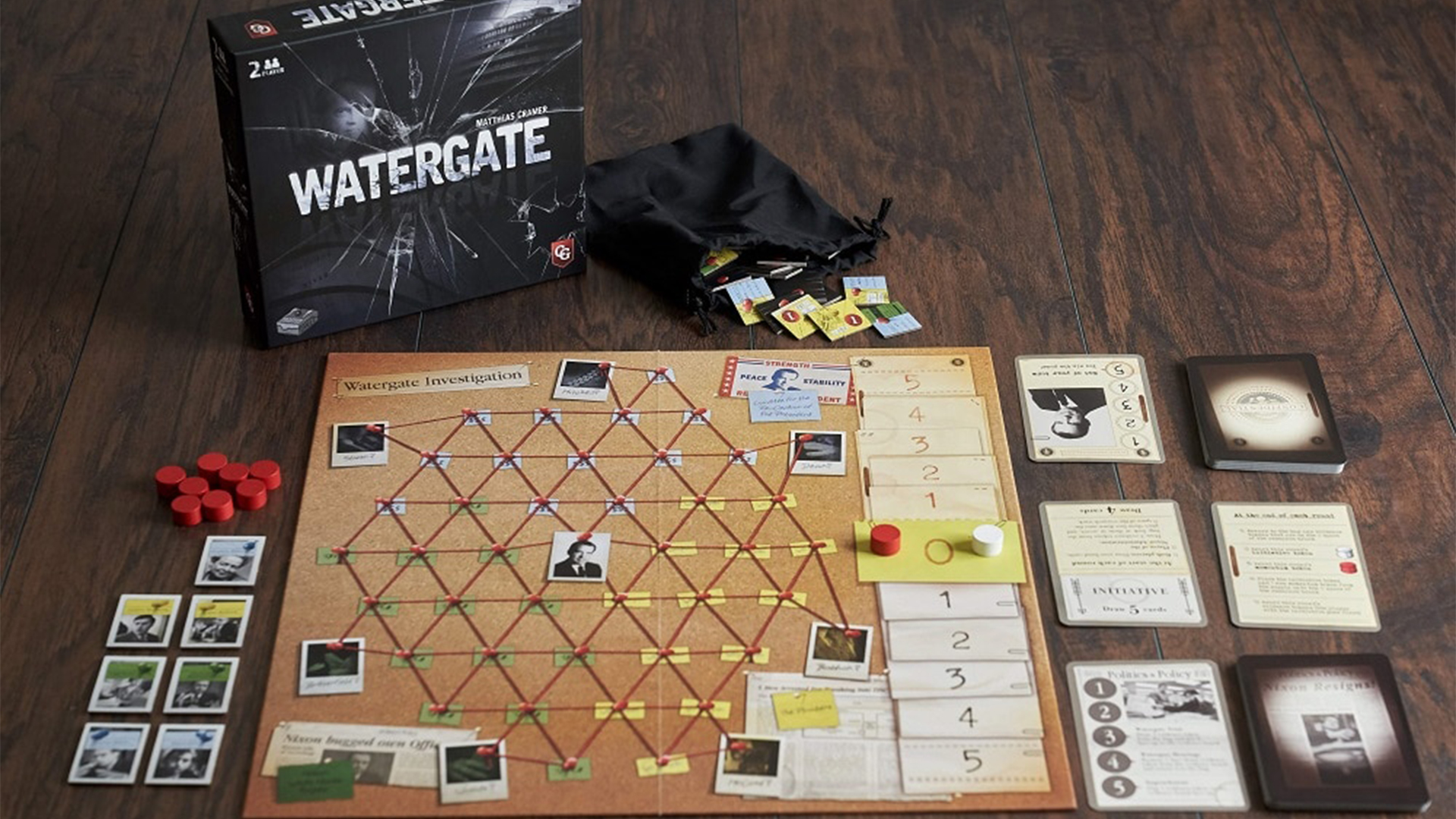 Probably the most addictive new board game on the market right now, Watergate throws you and your partner into one of the biggest scandals in American political history, represented in straightforward, yet very tense tug-of-war-style gameplay. One player plays as the Nixon administration, scrambling to conceal their dirty deeds, the other as The Washington Post on a mission to expose Tricky Dick to the eyes of the world.

Not only is this an incredibly streamlined game that’ll grab you straight away;  it’s also a brilliantly-produced, atmospheric experience that does a good job of capturing the 1970s setting. The linen-finished cards, spider-web pinboard and characterful artworks featuring the big names of the day will be appreciated by any history-loving couples.

Watergate is a short, simple and consistently enjoyable game that we’re prepared to bet will have many players hooked after their first round.

Best board game deals
Betrayal At House On The Hill