Tabletop games aren’t just for big groups. The best 2-player board games offer some of the hobby’s absolute finest experiences – regardless whether they pit you head-to-head with an opponent, or pool your brains together in a co-operative venture. Whether you’re playing with friends or a partner, there’s plenty of two-player board games around to fill your game nights.

And we’ve picked out the best. These are the finest two-player board games that you should add to your collection. Ranging across genres, themes, and complexity, there’s something for everyone on this list. Some are light games that can be picked up and played in a dash, while the more substantial offerings will engross you for days, weeks, or even years to come. A mix of themes and aesthetics should ensure all tastes are catered for!

In any case, we’ve picked out games that are readily available, and won’t cost a bomb to buy. If you’re after something perfect for a romantic twosome, try our guide to the best couples’ board games; otherwise, test these out for the next addition to your board game storage (or simply another way of spending time with friends and family).

These are the best two-player board games: 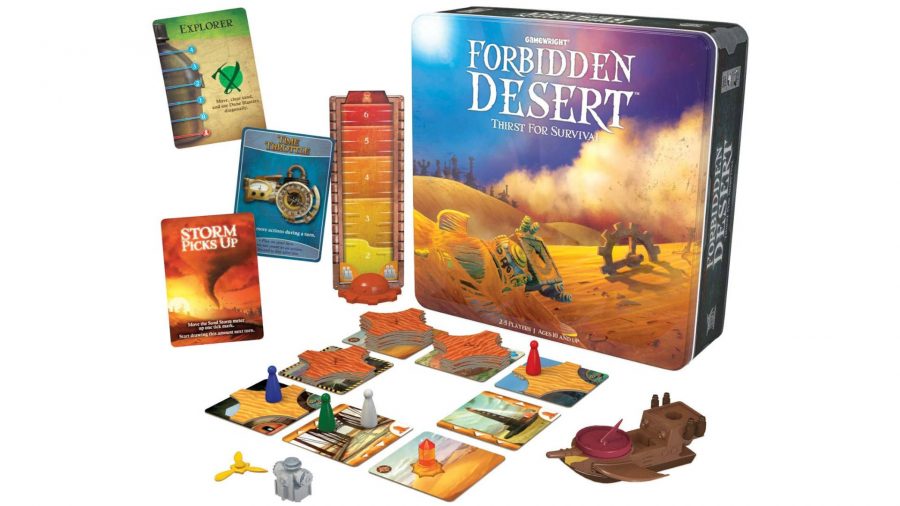 A super straightforward co-operative game, Forbidden Desert is perfect for those players who are new to the world of board games. In this exciting treasure-chasing adventure, you’re challenged with recovering a legendary flying machine from an ancient desert city. Band together with your team of explorers to excavate its crumbling halls, but don’t dally. If you take too long to recover the machine’s components, you’ll become trapped in the deadly sand below.

Special someone: These are the best couples’ board games

Its rules are simple enough. On each turn, you’ll move your pawn around a grid of tiles, before performing a few set actions. That could be picking up a part of the flying machine, revealing a face-down tile, or sharing valuable equipment with a fellow player. Everyone takes the role of a different adventurer, granting you unique abilities, which you’ll need to pool together if you’re to make it out of the city alive. Once you’ve mastered the game, try upping the difficulty for a new challenge. 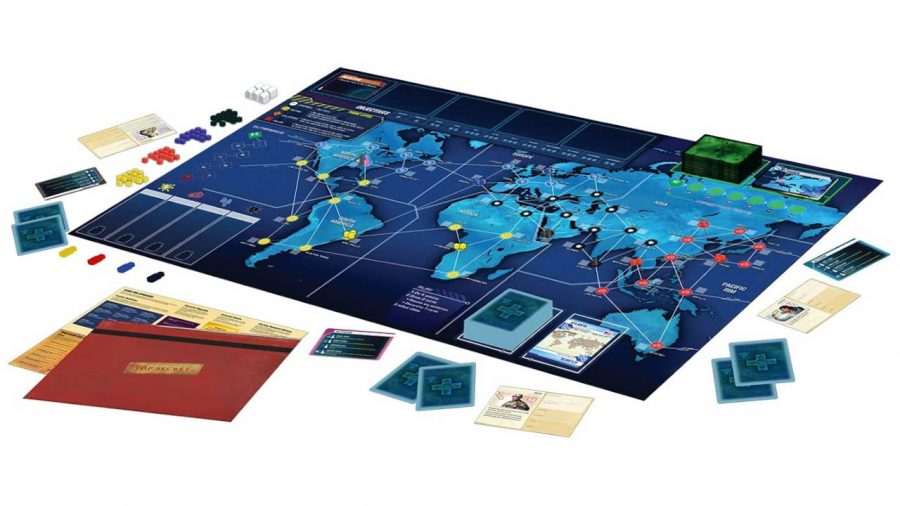 The legacy version of Matt Leacock’s acclaimed disease-fighting board game, Pandemic Legacy takes all the best parts of the original title and adds a tantalising element of narrative persistence. Your team of specialists must race around the globe to fight infections, conduct research, and administer cures before a bevy of plagues overwhelms you. Well-paced and highly intense, this is a game of close calls.

All the best parts of Pandemic with added narrative persistence

Played on a central map, you’ll be moving a pawn from city to city, before taking several actions each turn in an effort to suppress the spread of the virus. Make sure to leverage your specialists’ unique abilities in coordinated team efforts, though, because random ‘epidemic cards’ will spread the disease at the most inopportune times, handing you a fresh outbreak to contend with.

Where Pandemic Legacy ratchets things up is its persistence. Your decisions, successes, and failures, will follow you through your campaign. Characters will die, cities will perish, and new mechanics will be introduced throughout your playthrough, keeping you on your toes. It all adds a sense of gravitas to your situation, while lending the game an appropriately apocalyptic atmosphere. This is Pandemic at its best. 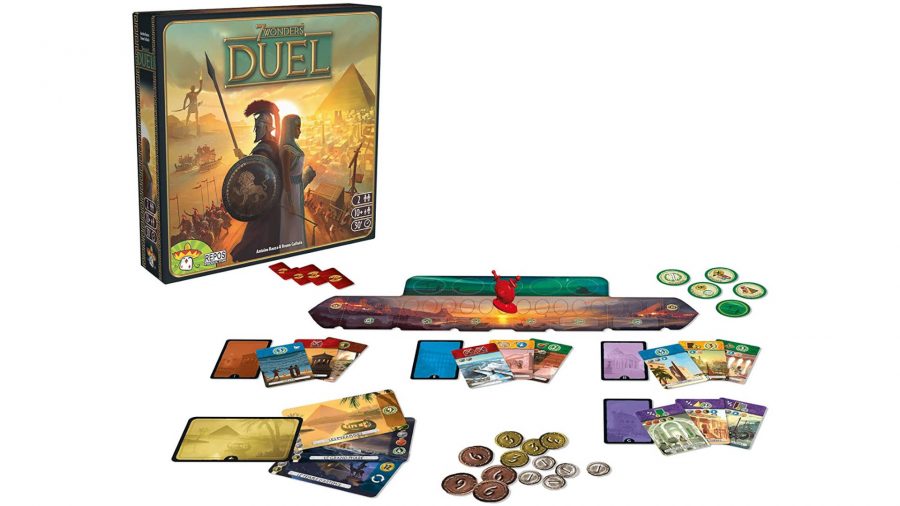 The two-player, standalone variant of its much-acclaimed big brother, 7 Wonders Duel will have you building a glorious civilisation to stand the test of time. Mixing card drafting and resource management, you’ll be expanding the scientific might of your empire, while bolstering your military to destroy your opponent’s settlement once and for all.

Top pickings: These are the best board games

7 Wonder Duel shines for its player interaction. Instead of simultaneously choosing cards before passing their hand to the adjacent player (as in the original 7 Wonders), in Duel players pick cards from a shared central pool. You’ll have to work your way to the most valuable cards at its centre, taking a risk on face-down options, while trying to snatch the best picks from your opponent. It’s thoroughly engaging and strategically deep, without being overwhelming. 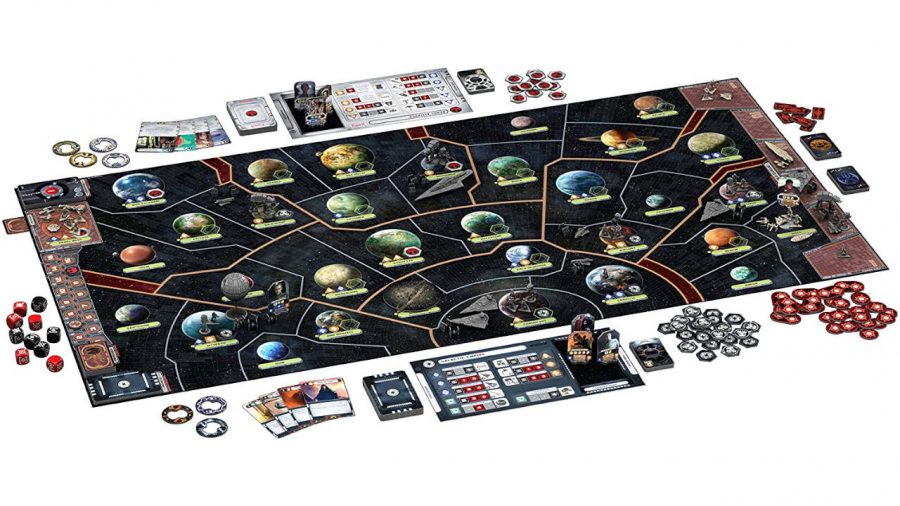 If you’re looking for a two-player board game and are a fan of George Lucas’s galaxy far, far away, you could do little better than Star Wars: Rebellion. A grand-strategy game that captures the epic conflict of the original trilogy, Rebellion plunges you into an intergalactic game of cat and mouse. One player commands the brave Rebel Alliance to sabotage the Emporer’s will, while the other will take control of the swarming imperial fist to route the rebel scum.

Rebellion plunges you into an intergalactic game of cat and mouse

Players take turns assigning missions to military forces spread across an intergalactic map. The Rebels will be looking to complete objective cards to secure victory. The Empire, meanwhile, must defend against the attacks and search for the rebel base. If they can locate and destroy the hideout, they’ll claim victory.

Packing reams of cards, mounds of tokens, a chunky rulebook, and over 100 miniatures, Rebellion can appear intimidating. This is no Risk, and you’ll likely have to refresh your understanding of its rules throughout your first game. But its rhythm of play is fantastic. Recreating the cinematic moments of the Star Wars franchise – as vast squadrons of starfighters battle in space, or legions of Stormtroopers invade a rebel stronghold – its asymmetry inspires moments of pure joy. 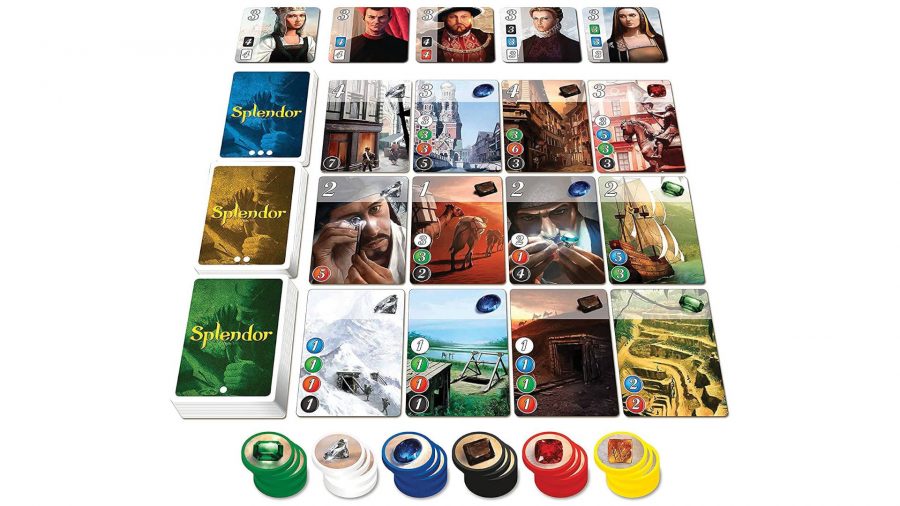 Try your hand at playing the gem market in Splendor, a competitive two-player board game that will challenge your thriftiness as much as you greed. On each turn, you’ll pick up a variety of precious stones that can be used to purchase valuable ‘development cards’ from the middle of the table. Costing different amounts, and spanning several colours of gems, you’ll need to think carefully about how to spend your resources if you’re to snap up the best cards available.

A good night in: Our pick of fun board games you should play

The trick is to find a balance. Purchase a card as soon as you have the funds, and you might miss out on a future windfall. But wait too long, and your opponent may already have taken the best picks available. Splendor is a game of speculation, but not only one for the commercial marketeers of the world. Fast-paced and constantly engaging, you’ll be looking to inflate your own wealth while curtailing your opponent’s portfolio. A perfect mix. 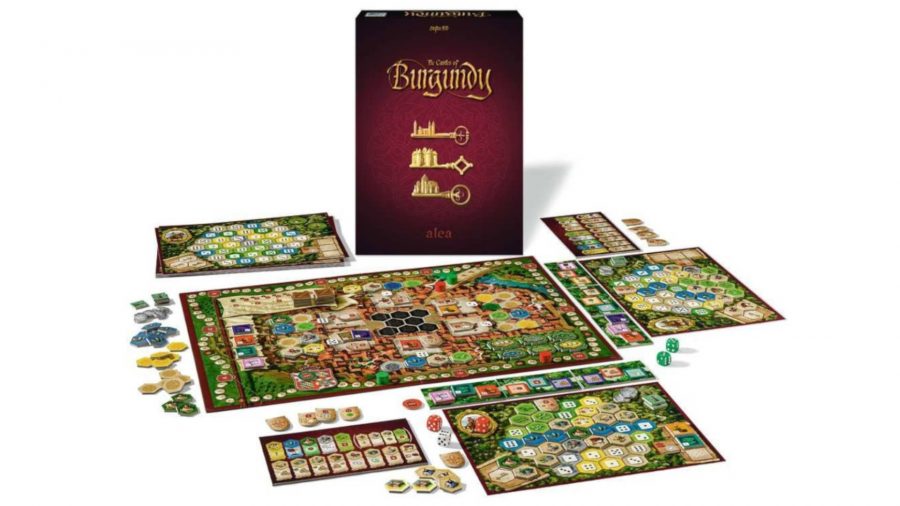 THE CASTLES OF BURGUNDY

Build your very own medieval princedom in The Castles of Burgundy, a dice-rolling tile game full of colourful tokens and French aristocracy. You’ll be looking to expand your settlement by picking up tiles from a central pool. But you can’t just go adding fields, castles, and taverns haphazardly. Each building is numbered, and only buildable after scoring the required dice roll that turn.

It appeals to keen strategists and casual board game players alike

Selling itself on its mix of luck and strategy, The Castles of Burgundy does a fantastic job of randomly determining your action options, before handing you the reins to make the best of the situation. Study the options at your disposal to make solid judgements on how best to go forward, and curse yourself later for missing something of vital importance.

Be prepared to handle lots of finicky tokens, while internalising the rules of its various components. Do that, though, and you’ve got a game that will appeal to keen strategists and casual board game players alike. 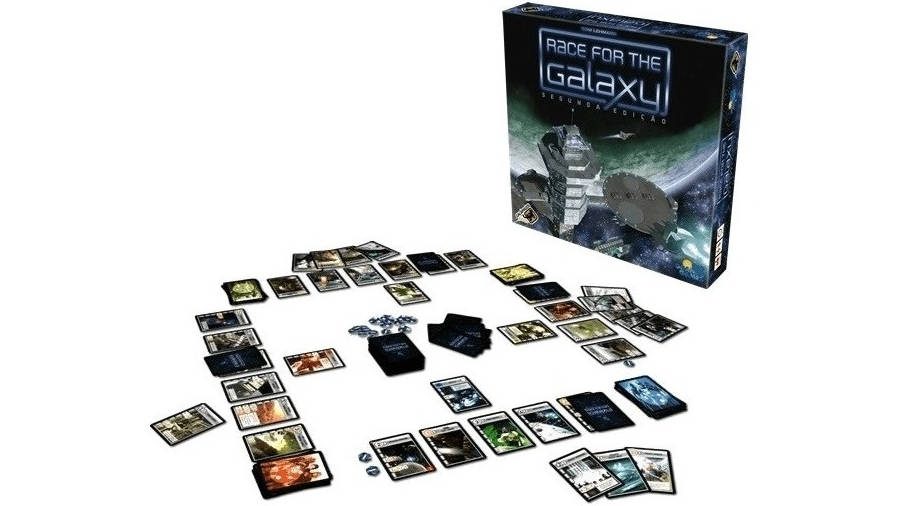 Race for the Galaxy

What’s more exciting than building a galactic civilisation? In this engine-building card game, you’ll lead an empire from nascent spacefaring to solar dominance, as players take turns playing cards to expand the base of their empire. Each turn follows a set phase order, in which you’ll play cards from your hand to grow your civilisation, balancing immediate gain with long-term profit. But don’t dally, the first player to reach a certain stage of technological advancement will be crowned the winner.

Suspicious sleuthing: These are the best imposter games

Bear in mind, Race for the Galaxy is tough on the old noggin. Be prepared to learn its thorny rules that span many intricate processes. Once you do, however, you’ll be treated to a superbly refined board game of civilisation expansion, that’s extremely quick to set up (far quicker than many other games in the engine-building genre) and can be done and dusted in little more than half an hour. 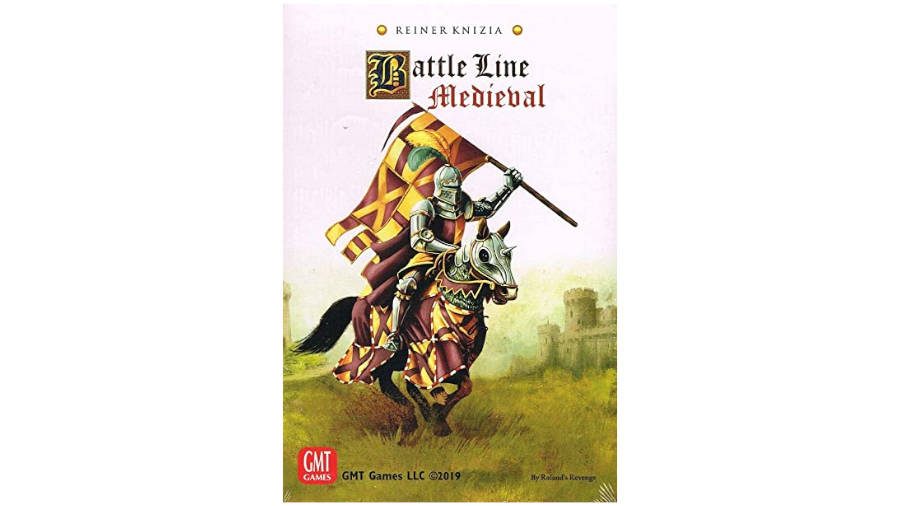 Played using a single deck of cards and a rulebook that’s only a single A4 page in length, Battle Line might be the best representation of a rules-light, strategically-deep card game. You and your opponent will take command of belligerent armies skirmishing for control of nine battlefields. If you can create the strongest formation on each location, you’ll win the game.

This game caters to everyone

Its cards are split into six suits and numbered one to ten. Each turn, you’ll place a card from your hand onto a battlefield. If you can place three cards on a single battlefield that meet the requirements of a formation – which match normal poker hand rankings, such as three of a kind, or flush – you’ll claim it for yourself. But if you’re opponent creates a higher ranking formation, victory will be theirs.

Extremely simple in operation, Battle Line provides endless scope for strategising. You could spend half an hour on one turn, as you furiously count cards and weigh up the probability of creating one formation over another. Or, play it as a quickfire card game that can be completed in less than half an hour. This game caters to everyone.