Every so often it falls upon the shoulders of Wargamer to make a list. Partly for the benefit of a public inundated with choice in a golden age of gaming, and partly to appease the eldritch god of enumeration that dwells in the caverns beneath head office, we present this list of some of the best war board games of the past decade.

Now with any list, there are caveats. These games represent what the author believes to be exceptional additions to the space of tabletop wargaming, either because they do something brilliantly well, or introduce new or interesting concepts to wargaming in general. To that end, we’re restricting the list to 2010-2020 releases, and focusing this small list on innovative and experimental wargames that succeed in breathing fresh air into the genre.

No mentions of Advanced Squad Leader (ASL) or other excellent traditional wargames that have stood the test of time, I’m afraid. There are always a number of beloved and noteworthy games that can’t make the cut, but, dear readers, such is the march of history.

Do bear in mind that any striking omissions are less the result of any ill feeling, and more because of the overwhelming abundance of excellent wargames. Also, we really don’t think ASL needs the kudos any more…

The Best War Board Games 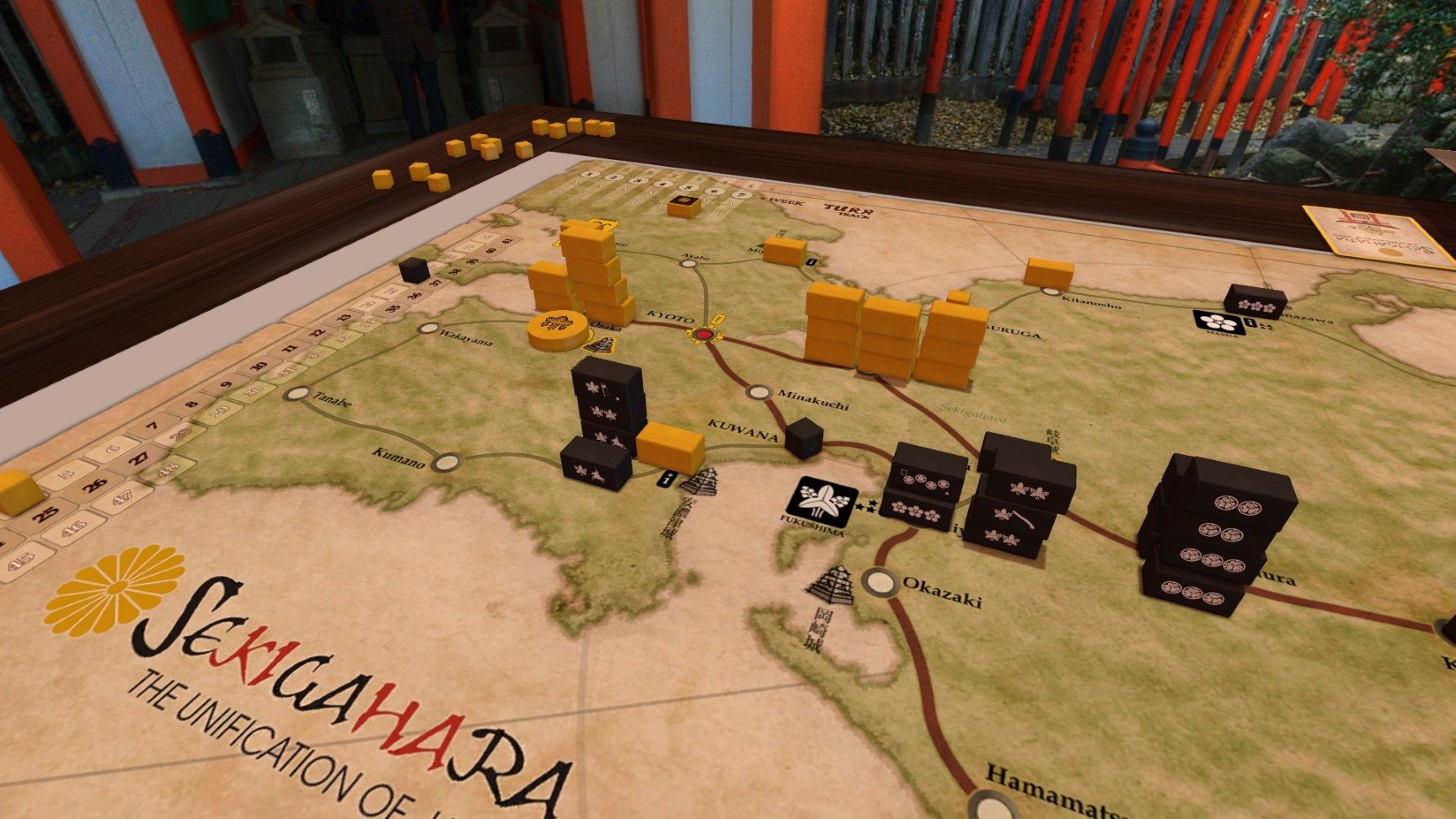 Sekigahara: The Unification of Japan

Matthew Calkins’ Sekigahara: The Unification of Japan, is an almost perfect example of bluff and daring wrapped up in a relatively simple wargame. Taking place in the seven-week campaign surrounding the Battle of Sekigahara in 1600, in which Tokugawa Ieyasu secured the shogunate from Ishida Mitsunari. A block wargame complicated by the draw of action cards that limit which units can fight where, the potential for traitors, and relatively bloody combat, Sekigahara quickly reveals itself as a life or death poker game.

War and peace: These are the best board games across all genres

Both players maneuver forces across central Japan, vying for important territories and positioning armies to draw their opponents into a decisive engagement. Managing your hand, and more often than not, bluffing with it, makes Sekigahara stand out. The rules are also not too complicated, making this an excellent purchase for two-player wargame fans. 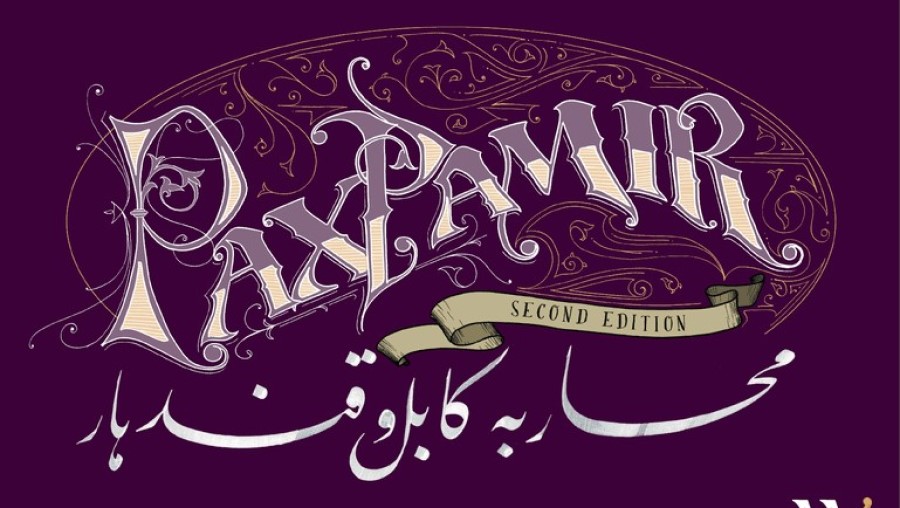 Pax Pamir is a beauty to behold and a beauty to play. Players take on the role of 19th century Afghan leaders trying to ensure they come out on top as their countrymen and the Russian and British Empires vie for local control. The main game is a tableau builder, in which players hire historical personages to add more actions and improve their standing with the three warring factions.

A beauty to behold and play

This is supplemented with area control mechanics and the end goal of aligning oneself with the currently winning faction. Players’ standing with the factions give them control over military units to use on the map, but alliances are fickle.

Pax Pamir’s excellently researched cards, a game system that separates personal position from factional positions, beautiful components, and an included optional solitaire bot make it an excellent addition to any game shelf. You might even convince non-wargamers to play it. 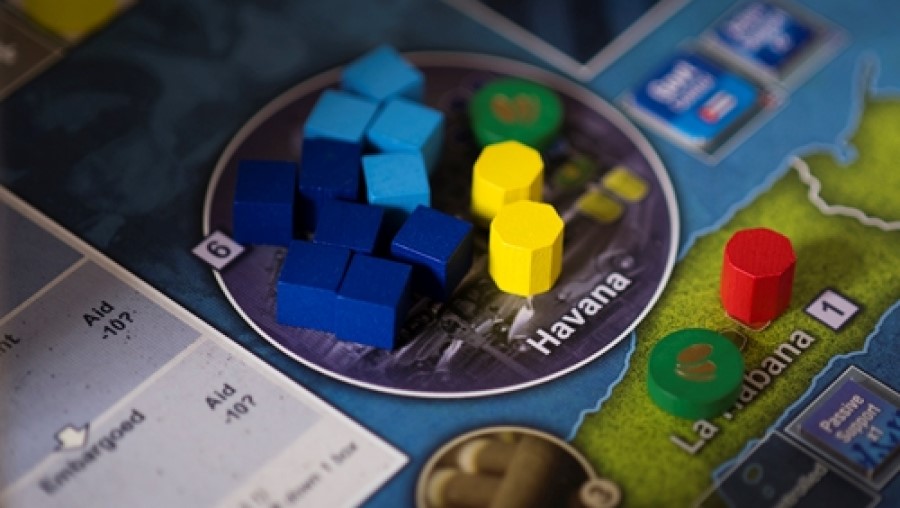 The Counter Insurgency game series, started officially in 2012 with Andean Abyss, deserves a mention on any list simply due to its ground-breaking and approachable model of asymmetric warfare. In Cuba Libre, this author’s favourite, players take on the roles of 4 different factions during Fidel Castro’s 1956 revolution in Cuba. Each faction plays differently and has different victory conditions.

The big one: These are the best WWII games

Gameplay generally flows along with event cards driving player decisions with an innovative system of descending player actions to keep decision making crucial. The COIN series is now in the double digits for entries, so there is probably a conflict modeled for everyone, from The War in Afghanistan to the Fall of Roman Britain. An essential try for all wargamers. 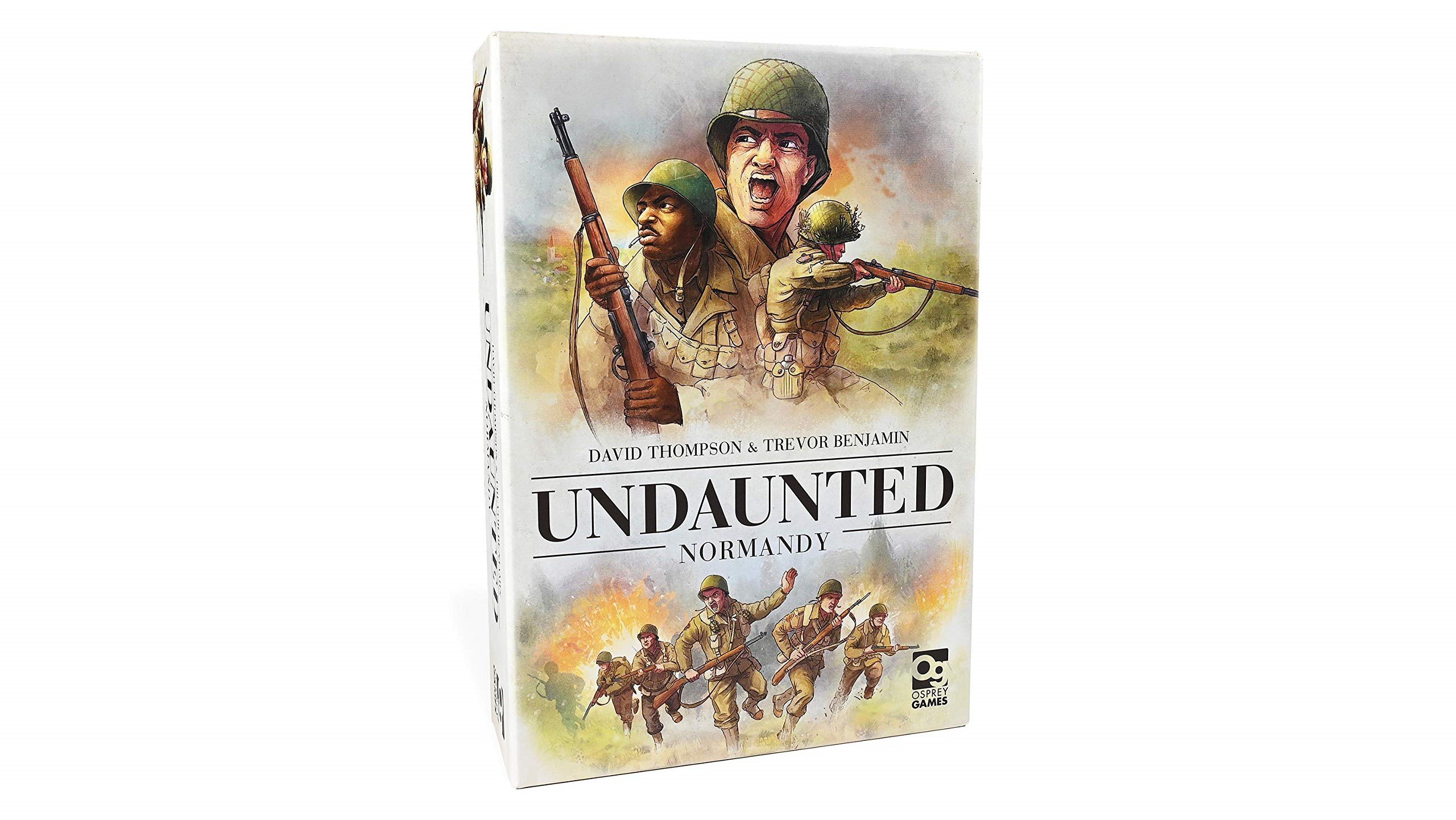 Undaunted: Normandy’s unique mixture of deck building mechanics within a more traditional squad-based wargame are truly fantastic. Expanding your area of control adds chaff cards to your deck, forcing players to interact with deck management in a reasonable abstraction of command and control. Similarly, the ability to use units in the field depends on playing their cards. As units take damage and their cohesion breaks down, cards are permanently lost, meaning the unit will act less and less.

Add in having to use officers to build up your deck, sacrificing cards to secure initiative, and dealing with a variety of mission objectives means there’s a lot to consider in this seemingly simple package. There’s an entire built in campaign with an expansion on the way, meaning there’s plenty of replayability, especially in the later scenarios. As a bonus, you’re likely to convince non-wargames to give this one a go with its ease of entry and recognizable deck building mechanics. 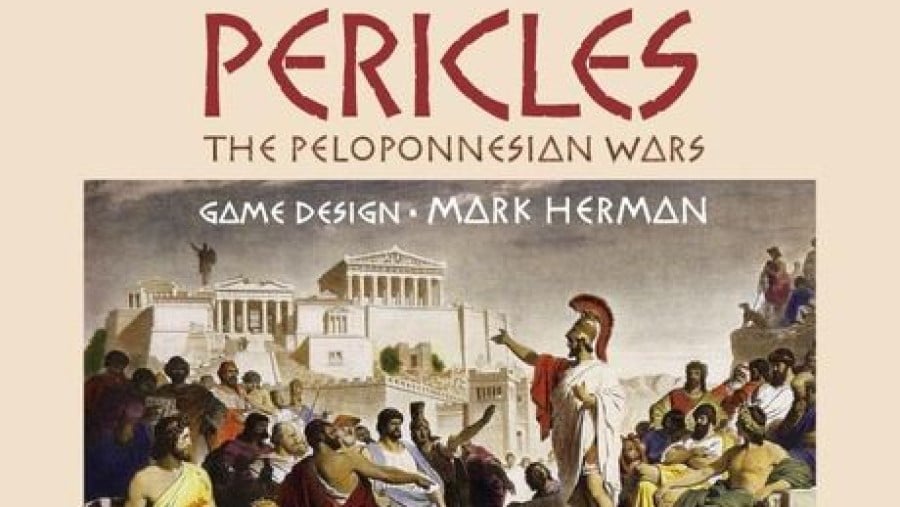 Based in part on Mark Herman’s previous game of war as politics, Churchill, Pericles takes the system to Ancient Greece and introduces a fascinating new semi-cooperative 4 player take on the formula. Two players control different factions within their city-state’s government. While each city-state pair is trying to win the wider war, they are also competing between the two of them to emerge first among equals.

Office clothes: These are the best board games for adults

There’s a lot to absorb in this game but there is nothing quite like getting four dedicated players together to wage war and politics across the Aegean. There is a detailed solitaire bot included for when you’re missing any players. 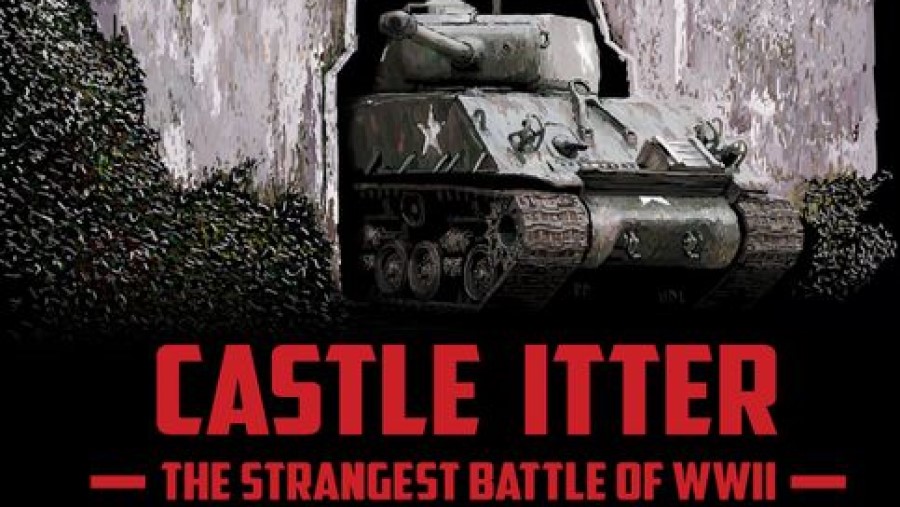 Leading the charge of excellent solitaire wargames that the past few years have given us, Castle Itter highlights a fascinating battle and wraps it up in an enjoyable package. A strange battle in which US forces, Austrian resistance members, Wehrmacht soldiers, and freed prisoners fought to defend a castle from attacking SS soldiers in May 1945. The clean presentation and manageable components make Castle Itter an excellent quick play game.

Players must defend the castle by outlasting an SS deck that regulates the enemy, earning more or less points depending on how many defenders remain. There are extra rules to change things up which, on top of the built in random factors, mean you won’t be solving the puzzle of Castle Itter for a long, long time. An excellent addition to any solitaire gamer’s collection. 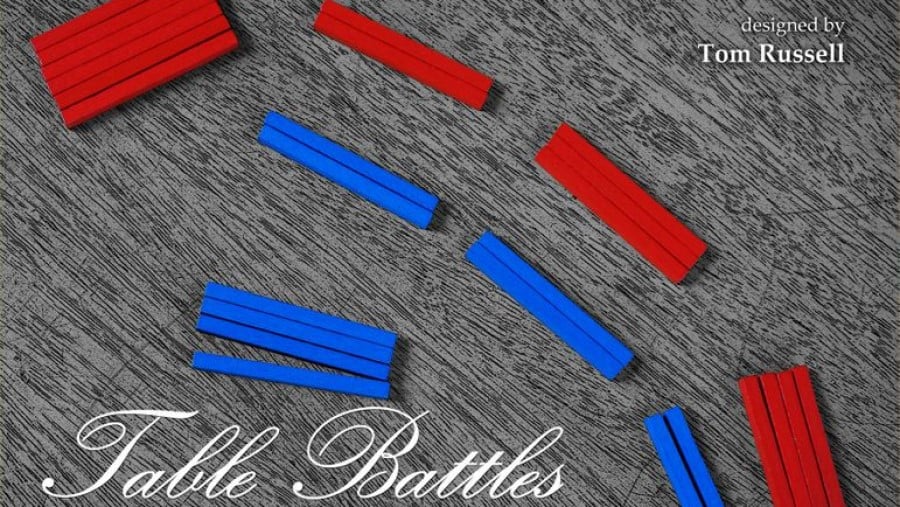 Table Battles is deceptive. At first glance little coloured sticks accompanying some cards and dice hardly feel like they’re going to set the world on fire, but Hollandspiele has managed something truly special here.

battles last 20-30 minutes, perfect to slot in between other games

Refighting key battles from the Hundred Years War to The American War of Independence, Table Battles manages to shove a lot of thinking and period chrome into a tiny box. Gameplay revolves around rolling dice and assigning them to cards for future actions, but the interplay between assigning limited dice, performing desired actions, and countering the enemy make for limitless tactical situations.

Add the caveat that a card’s reaction abilities must be played if triggered turns the game into a tense battle of wits. Scenario cards add period flavour and depth enough to almost forget you’re not physically moving tokens around a hex map. To cap it off, battles last 20-30 minutes, meaning there’s plenty of time to slot Table Battles in between other games. 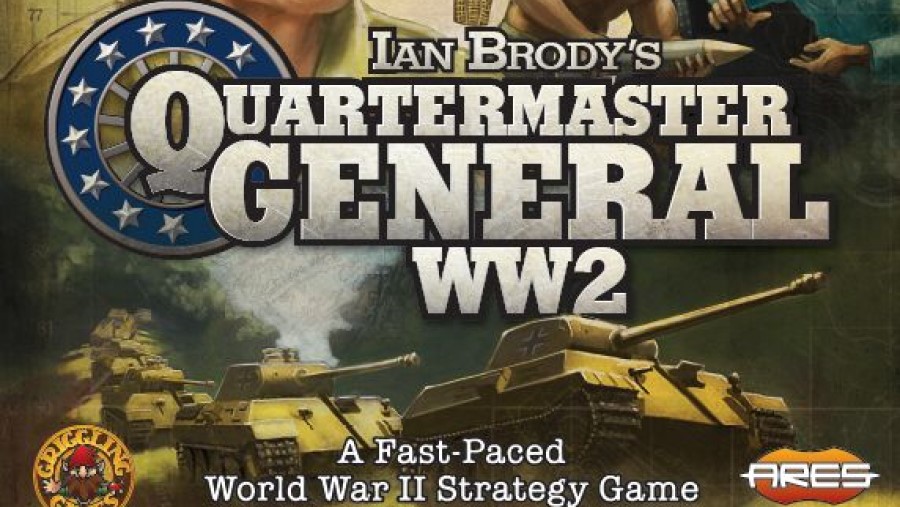 Each turn players use one card that either builds a new unit, performs some historical event, or hides a reaction on the board. Gameplay is quick and tidy while encouraging players to think logistically. A quick and experimental little title that has earned the support it has from fans. 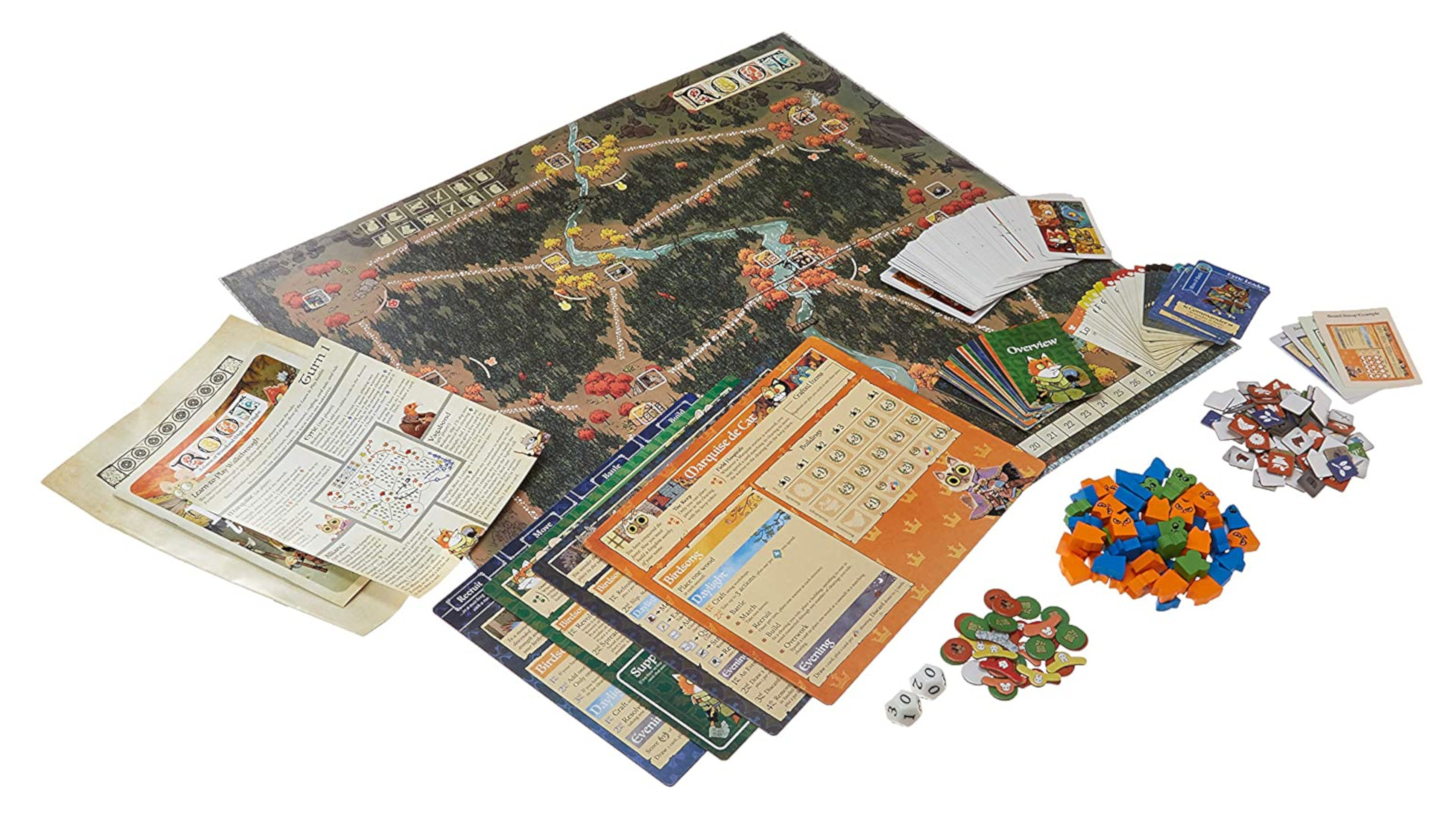 Bringing adorable asymmetric warfare to the masses, Root is notable both for its able transition of complicated wargaming to a more general audience, and for cleverly wrapping the entire package in beautiful art and excellent components. Each of the four factions vying for control of the forest must approach the board from a completely different perspective.

Games for thinkers: Check out the best strategy board games

The cats play most similarly to a traditional wargame, while the vagabond almost treats the game like an RPG. Now with a couple of expansions that really drive the asymmetry forward, Root is definitely worth checking out. There’s also a digital port available, which we thought was cracking – read our review. 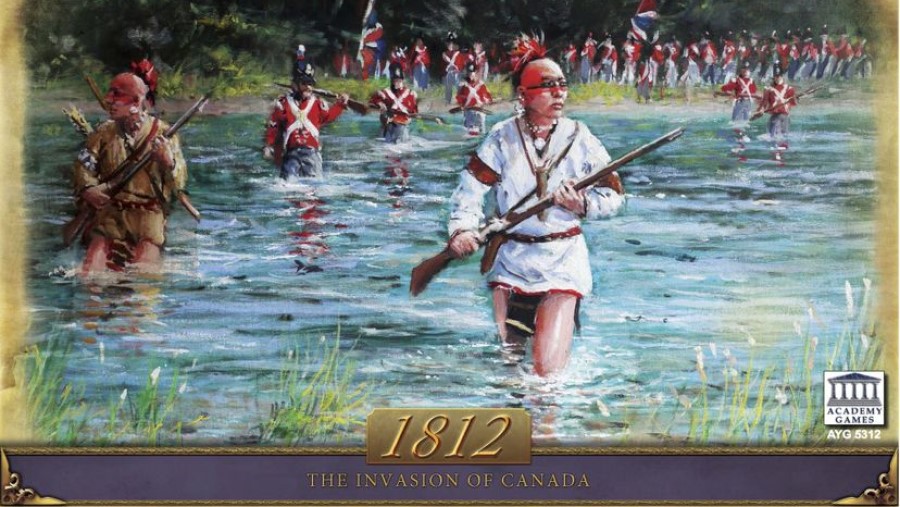 1812, and its sequels 1775 and 1754, deal with interesting and often underused settings (except 1775, of course). 1812, dealing with the American invasion of Canada began the series and introduced the unique gameplay features that set these games apart. Play is split between 5 factions with Great Britain, Canadian militias, and native forces facing off against the US army and US militias.

Play is split between five factions

Gameplay actions are done through cards that specify the number of units that can move and how far. Players can take their allies along with certain cards, so there is a good deal of negotiation among teammates to make sure a very limited set of resources are well spent. Additionally, to better simulate some of the issues with fighting in North America with a lot of untried forces, each faction has unique dice.

These dice have a variable number of hits, misses, and even special retreat sides, meaning you can lose forces before they even contribute to the action, simulating the lack of command and control and the inexperience of North American militias. Each subsequent game refines the concept more and more, so choosing a conflict you’re interested in is the best bet, but there is a lot of strategy wrapped up in a simple and elegant game.