The 100th anniversary in remembrance of the end of the Great War has now passed, but even though an important milestone is now behind us there’s never a bad time to talk about the very best tabletop games out there covering that tragic conflict. A time of clashing empires, nervous monarchies, surging nationalisms and terrifying new military technologies, the 1914-1918 war is still a culturally compelling and mechanically apt setting for tabletop warfare.

For this article, at least, “tabletop” is defined as cardboard and paper, because while miniature rules do exist on the subject, none of them have gained the popularity needed to properly represent that very special niche within a niche.

Also, for this little tome, I haven’t even touched magazine games such as those produced by Strategy & Tactics Magazine or France’s well-respected Vae Victis Magazine. Likewise, the list below only covers those games still available from the publisher, as it does little good to recommend something that can’t be found for purchase (though one can always try one’s luck in the nerdier corners of auction websites, naturally).

Disclaimers dealt with, let’s go over the top, shall we? 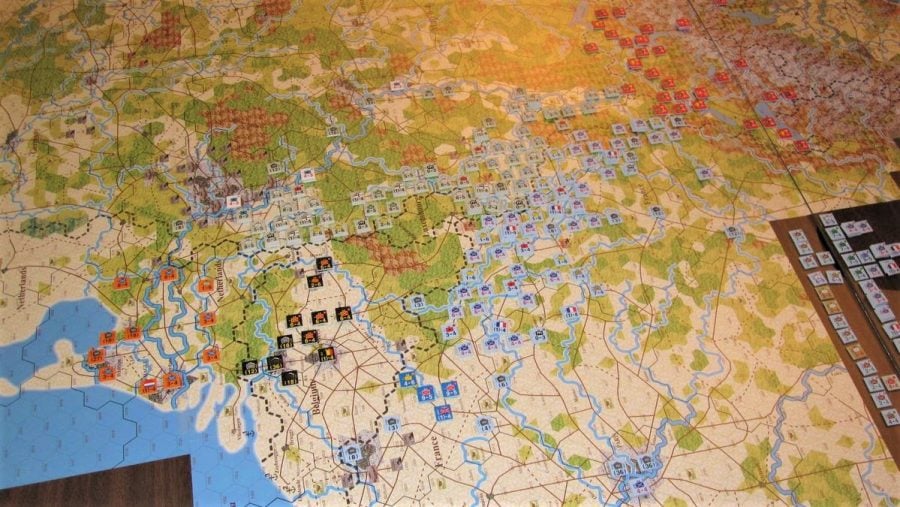 Units are company to division to army and everything in between, each hex is 20 km and each turn is a month broken down into eight phases. The game includes two 22 x 34 inch maps, two 11 x 17 inch maps and 840 counters. The entire package includes 16 maps and 5600 counters (no, really).

This product is an expansion module that adds the economic aspects into the mix for player to manage. As such it cannot be played alone but must be linked to the other four games (covering campaigns in France, Russia, Italy and the Middle East) to form a single simulation. For uber Grogs only and my personal favorite. There is an intro game on the battle of Tannenberg available. 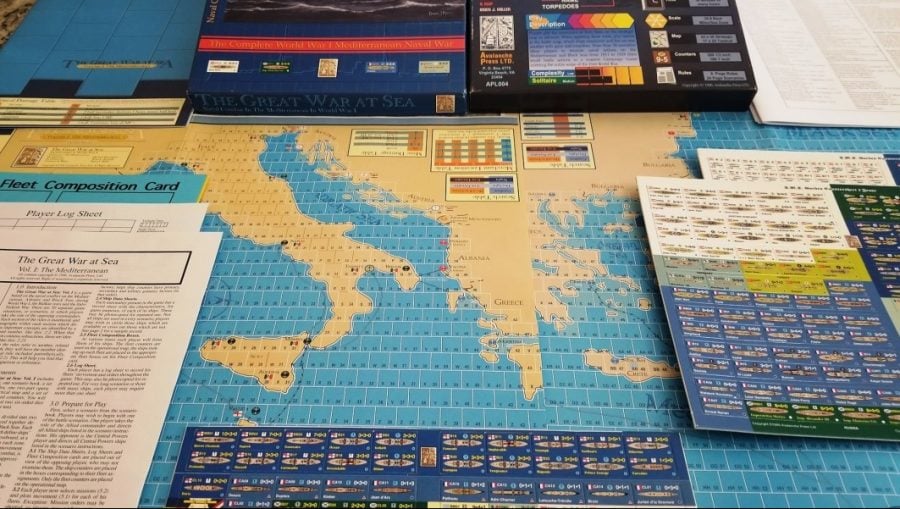 The Great War at Sea

The scale is individual capital or large ships, smaller ship squadrons (and aircraft, etc) played out on a strategic map where each rectangle represents 32 nautical miles and each tactical map hex is 8 km. Game includes maps for both and an average of 280 rectangular counters for the big ships, and 280 additional counters for everyone else. Players plot and maneuver their fleets across the strategic map on various missions, transferring to the tactical map for combat when the enemy is contacted. Counters are drop dead gorgeous top down images of the ship in question. Spawned a host of variants to include games on the Spanish-American War, the Russo-Japanese War and the US Navy Plan Orange. Only Jutland and Mediterranean are still in print for the Great War. 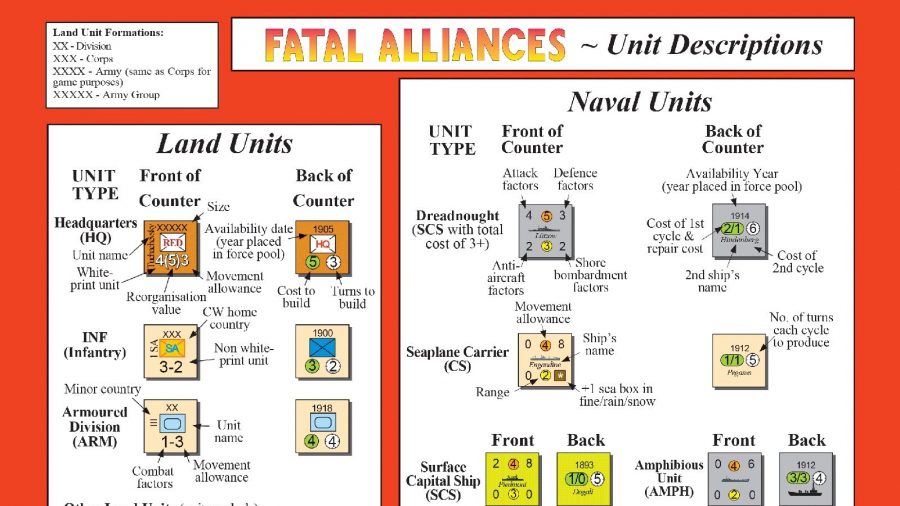 The scale is corps and army level units on a map where each hex is 100 km (Europe and Middle East), 600 km (rest of the world) and each turn is two months. Game includes two 22 by 32 inch maps and 1680 counters. This game is the World War I variant of the Australian designed, award winning World War II game World in Flames. As such it includes all the bells and whistles of the latter to include naval operations and military forces from nations not engaged historically, upgraded with diplomacy and civilian home front rules. Similar to Die Weltkrieg without the steroids, but with a more global reach. 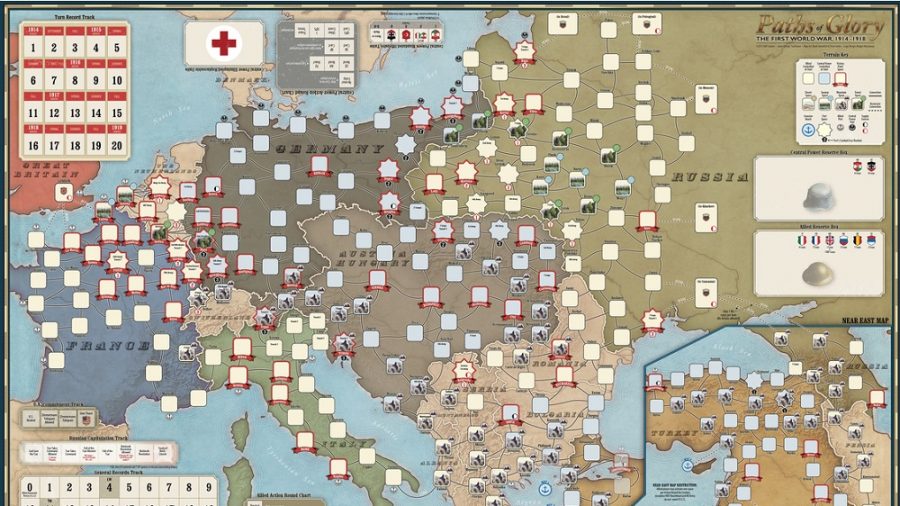 The game uses corps and armies as units, with each turn representing what seems to be a season. The game includes one 22 x 34 inch mounted map board, 316 counters and 120 strategy cards.

An award winning offering (hey, it’s being reprinted for the seventh time) from the dean of World War I designers, Ted Racier, the game’s claim to fame is not its point to point movement system, but rather its heavy reliance on the card deck to emphasize fog of war and reaction, vice planning. There is likely no other product out there that removes more control of the game from the player than Paths of Glory. There are two sister games; Illusions of Glory provides a detailed look at the Eastern Front, and Pursuit of Glory focuses on the Middle Eastern theatre.

Paths of Glory recently got a ‘deluxe’ second edition reprint with errata fixes and rule changes, which P500 backers received in the early months of 2019. 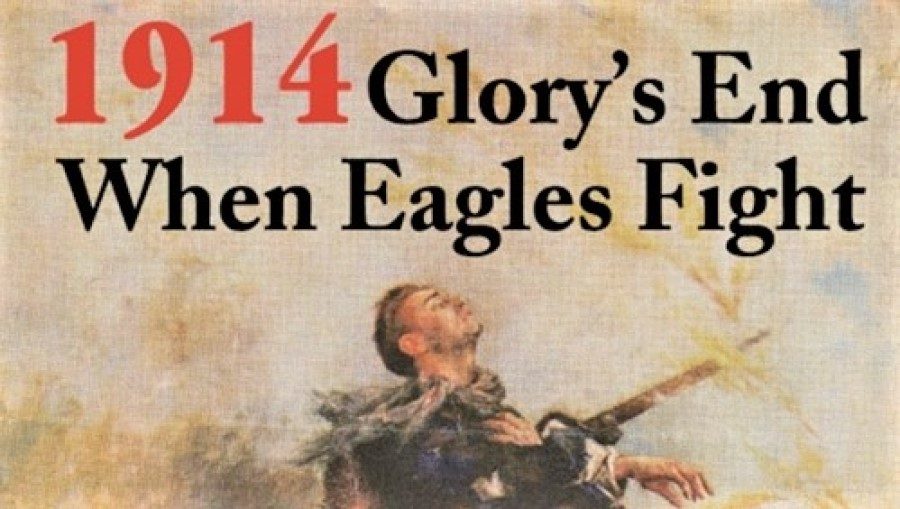 Units are corps, with each hex representing 25 miles and each turn one or two months. The game includes four 22 x 34 inch maps and four countersheets. A very old Ted Racier offering resurrected by GMT. Previously the two games were published by XTR (where German counters were always black) for Command Magazine, now combined into a single boxed set. Simple with traditional game mechanics, the perfect alternatives to some of the monster games above if you don’t have the time (or have a cat). 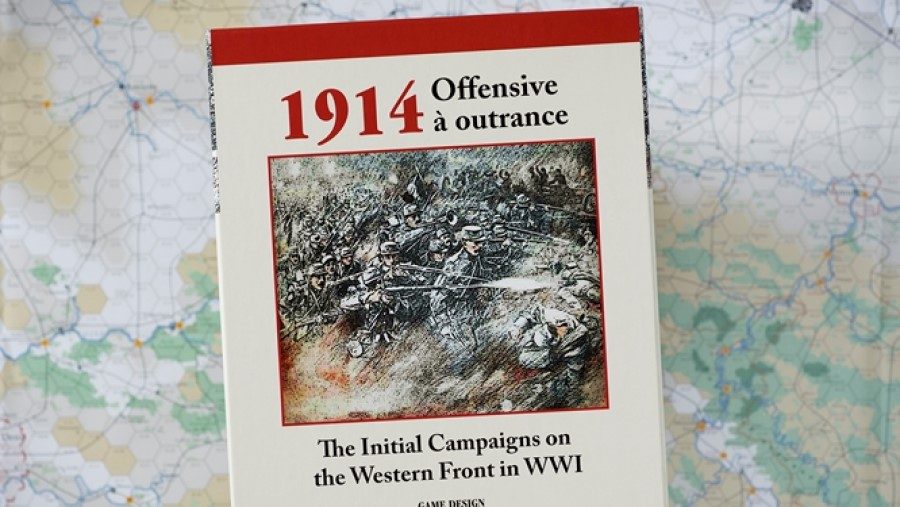 Units are corps and independent brigades, played on a map where each hex is 8 km and each turn is 2 – 4 days. The game includes seven and one half counter sheets and three map sheets. Yet another offering from Ted Racier (get’s around, don’t he?). Think Glory’s End but triple the detail, units and a corresponding increase in detail to go with it. The system spawned at least two sister products, one of which – Serbia muss Sterben (Serbia must die; Balkan campaign) – is still available. 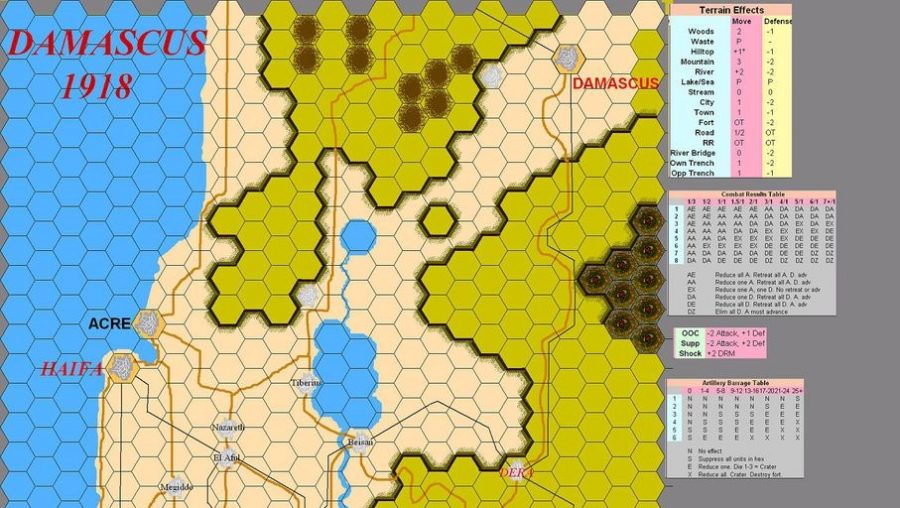 Units are regiments and brigades. Game includes two 22 x 34 inch maps and 560 counters. A simple quad game using traditional rules featuring the Brusilov Offensive, Riga, St Mihiel and Damascus, A battle from each front is included, and so are optional rules covering gas, Stosstruppen and different types of artillery fire for some good Great War chrome. This system has proven extremely popular with not less than eight $ 24.00 folio games created in its wake. Great for an evening’s worth of gaming. 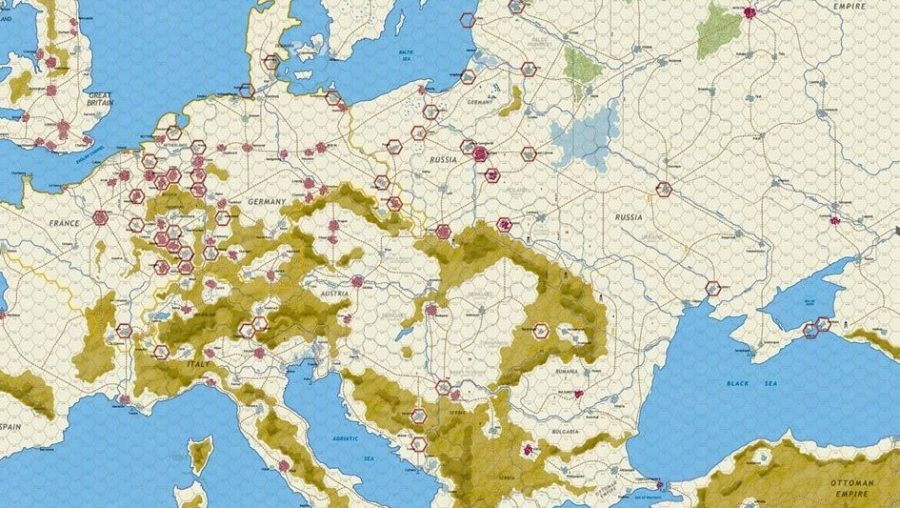 Units are corps for ground forces. Game includes three 22 x 34 inch maps, a 11 x 17 inch world display, 1400 counters and 100 cards, as well as the game’s expansion. This in many ways is Decision Games answer to Fatal Alliances with one major difference. The inclusion of random event cards gives this offering the ability to portray a bit more of the fog of war and unpredictability found in all conflict. The cards include variable campaign options, technology improvements and even the introduction of famous personalities such as Pershing or Lawrence of Arabia. 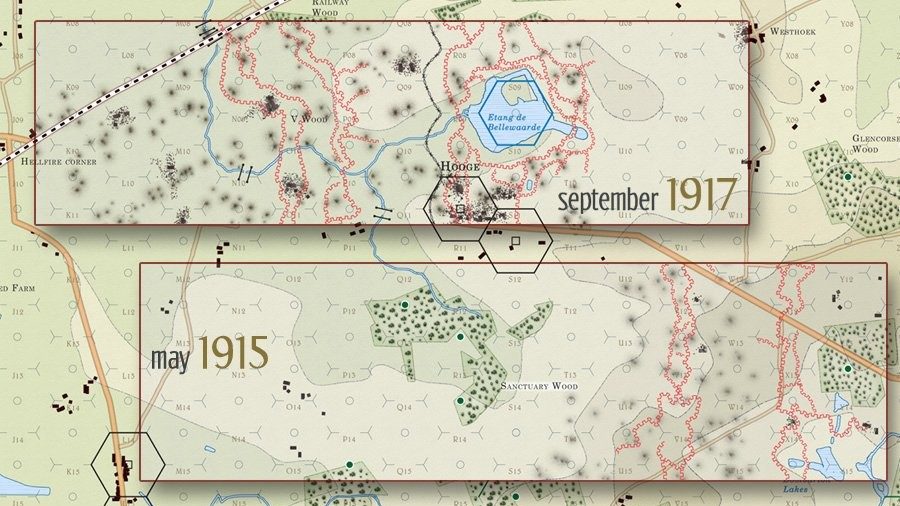 The scale is sections and companies played out on a map where each hex is 200 yards and each turn 10 minutes. Game includes three 22 x 34 inch maps and 500 counters. One of the few ‘grunt’ level games on this conflict, the game emphasizes both top down and bottom up control and the difficulties of maintaining same under battlefield conditions. Concentrate for movement and disperse for combat, with machine-gun rounds zipping around your ears, it’s not that easy. Each Map represents a different day at the butcher’s shop.

Now, with a bit of Blackadder Goes Forth as background ambience, you should be all set! What would your list of great WW1 table-top wargames look like?