The best online board games can be a lifesaver in times like these. Board games are best enjoyed in person – able to rejoice in your team’s victory, stare into the eyes of the player who’s just fallen into your carefully-planned trap, or hastily recoil from an outburst at your friend’s betrayal. But, in times when in-person meetings are difficult, or impossible, there’s no need to deny yourself such tabletop joys.

Online board games are here, letting you meet your friends on the virtual tabletop. There’s a formidable glut of possible board games to play digitally for free in your browser, without the need to download any pesky clients or fork out any cash. Even better, with none of the tedious setting up, packing down, food-buying, or snack-munching, you might find that playing board games online becomes a more efficient way to play.

We’ve selected the best bread-and-butter online board games around. They’re (nearly) all free, all available to play in a browser, and all provide rip-roaring fun. Some are staples of the genre, others classic family games, and a couple of nicher titles that should be taken for a spin. They’re sure to tantalise your tabletop taste buds.

So, check your wifi connection and message a friend, because these are…

The best online board games 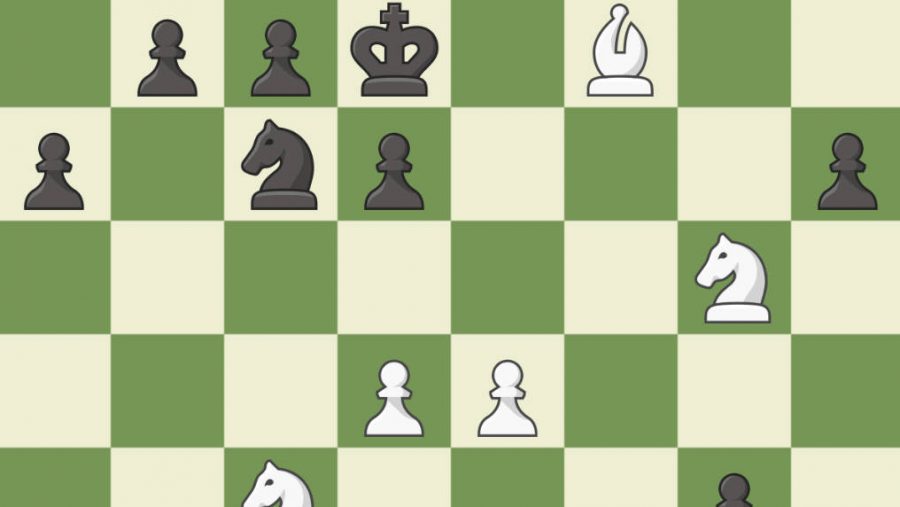 A classic of the modern tabletop, and a historic artefact that deserves all the esteem and romance of the medieval nobility from which it came; can any contemporary strategy game compete with the polish and refinement of Chess? The game is so popular that you’re guaranteed to at least partially know the rules, and if you don’t, read our handy guide on how to play Chess.

Study reams of esoteric Chess theory, and memorise a series of openers and shifting mid-game tactics, if you’re trying to put on your best grandmaster impression. Or quickly learn the basic rules, and jump into a match of abstract battlefield domination, as you furiously second-guess your opponent’s strategy, and somehow remove their Queen in a deft play that definitely didn’t have anything to do with sheer luck.

As you might expect, there’s a whole heap of free ways to play Chess online, but, in our books, the best is the excitingly-named Chess.com. Play against bots of various difficulties to hone your abilities, or face off against other players and friends. With casual games lasting anywhere from 10 minutes to an hour, online Chess is an easy way of passing some time in a quick board game bash that doesn’t require too much strenuous cognition. Alternatively, sink a whole six hours into a game, if you really fancy yourself a pro. 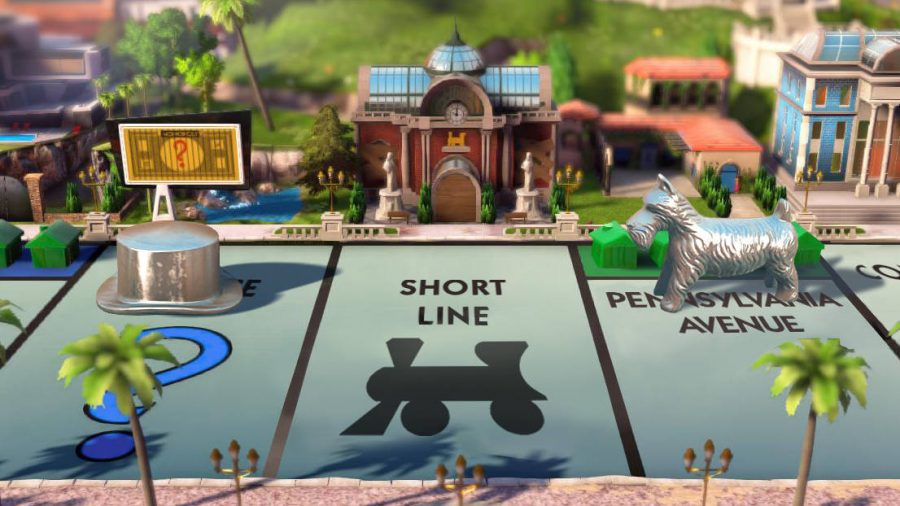 Don your dashing black top hat, put on your best morning suit, and slap on a thick white moustache, because you’ll need all the luck of Mr. Monopoly when entering the throes of unfettered rentier capitalist accumulation. A staple of every family household, we’re sure you’ve ventured into its streets of property-buying, house-building, and community chest-lucky-dipping many times, and might even have a few ill-considered table-flips to show for it.

Top of the pile: These are the best board games of all time

Monopoly has an unfair reputation as a game that takes masses of time to finish, but read the rulebook properly (have you ever actually read the original rulebook?) and dispense with any house rules you’ve been unwittingly injecting into your sessions, and you’ll soon find games can be wrapped up in a quick hour. Ubisoft has released a licensed Monopoly game, that’s sleek, doesn’t cost a bomb, and brings your burgeoning corporate empire to life in a cutesy 3D world. 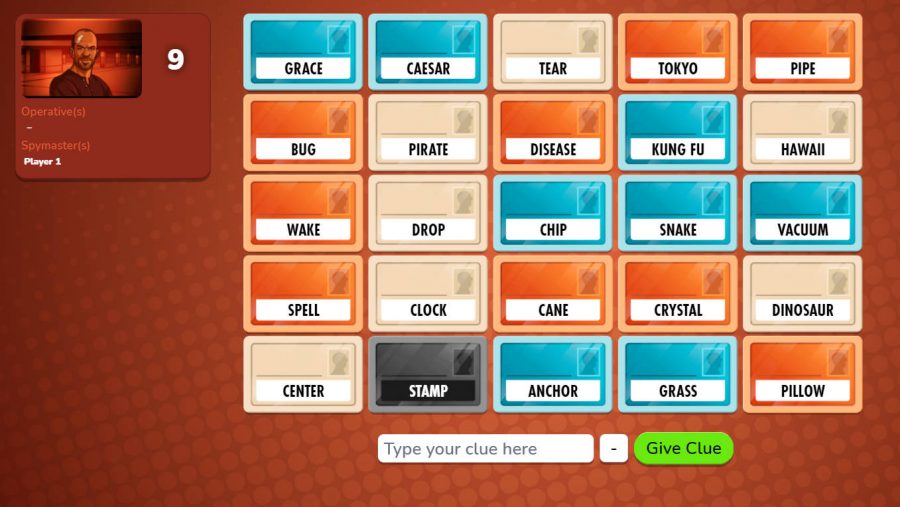 Something of a modern tabletop classic, Codenames is a game of astute word association, mixed with a hint of Minesweeper-like deduction, and wrapped in a thematic secret spy sheen. Split into two teams, players take turns guiding their teammates to identify secret agents hidden among a grid of codewords. The spymaster must hint at the correct codewords through providing one-word clues, while their teammates make the guesses, weighing up which word their pal is gesturing towards.

Play online with friends in a well-optimised browser interface

Try hinting at multiple codewords with a single clue, linking together related subjects to quickly uncover your agents before your opponent. But don’t be haphazard. If your teammate guesses wrong, they might reveal an enemy agent, providing your opponents with points, or, worse, might reveal the dreaded assassin, losing the game instantly.

And it’s never been easier to dive into this game of tenuous wordsmithery. Codenames’ publisher, Czech Games Edition, released an official browser version of the game, providing all the content of the original board game, plus extra word packs, alongside the two-player spin-off version Codenames: Duet. Play online with friends in a well-optimised browser interface. Plus, there’s a massive array of language options. 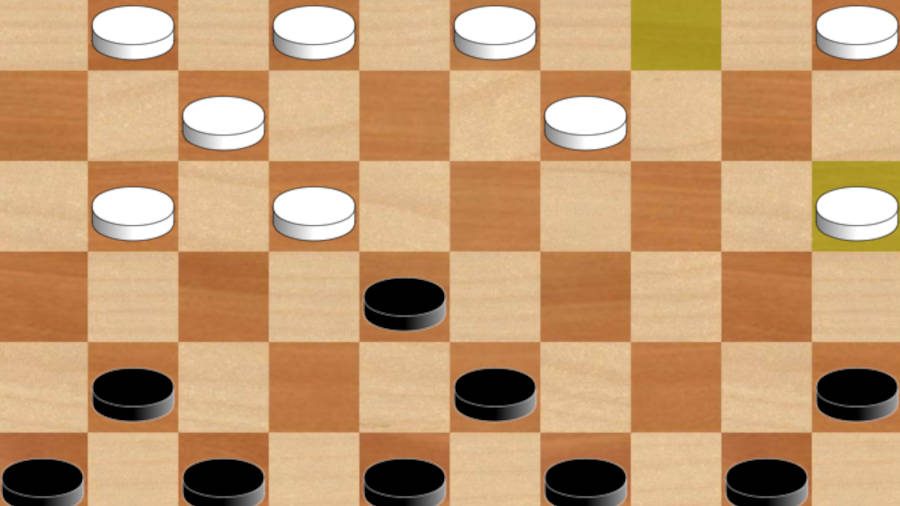 Another board game classic, we’re sure you have a faded Checkers board (or Draughts board, for the British folks) stuffed at the bottom of a drawer somewhere, or have at least hopped your way across its board sometime before. It’s simple to play, and is speedily finished, but doesn’t skimp on excitement for such a traditional board game. Don’t try and tell us you haven’t grinned in glee when you’ve successfully created a beefy king, or spun some glorious successive jumping move that takes out half your opponent’s pieces.

Grown up: Check out the best board games for adults

Like Chess, there’re a fair few ways of playing Checkers online, and we think the best is Lidraughts. You can play against a friend online, the computer AI, or create a public match to duke it out with a randomer who might fancy their chances. With a simple interface, no obtrusive panels, and the ability to impose time requirements to keep the game snappy, it’s perfect for times when you’re craving some instant Checkers. 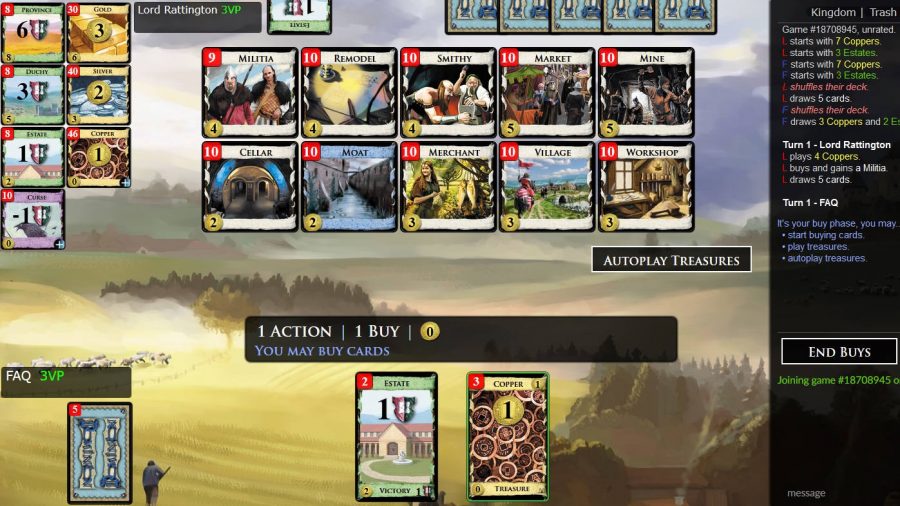 A modern classic that single-handedly spawned the deck-building genre, Dominion challenges you to gradually construct the biggest point-scoring deck on the table. You’ll start with a slim deck and acquire new cards on each turn, looking to accumulate valuable Victory cards, avoiding bad apples, and using Action cards to accumulate even more in your ever-growing pile.

The momentum of your expanding deck drives further accumulation

It’s a game of exponential growth. Don’t hang back, waiting for a second wind to push you through, but rather seek more, and more, and even more on top of what you already claim, always trying to acquire additional stock that will accelerate your growth. The game quickly reaches a tipping point, where the momentum of your expanding deck only drives further accumulation, and makes you butt- heads with opposing players keen on whatever card you’ve just nabbed.

Dominion online transfers all this accelerating action neatly to your browser. The base game can be played digitally for free, and the expansions unlocked through a monthly subscription. Set up a table to play with your friends, or use matchmaking to pose your deck-building prowess against strangers. It makes for a great introduction to the classic game, and a lovely adaptation for returning rulers. 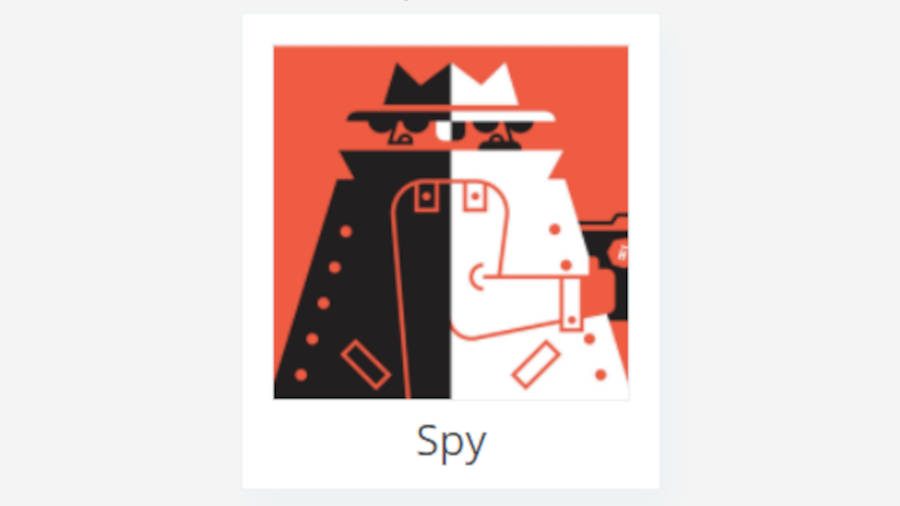 The FBI has a spy problem. An enemy agent has infiltrated the organisation, and firmly planted themselves in its midst, blending in amongst the employees. So much so, that the only way to root out the rat is if everyone questions one another. Each can only be sure of their own allegiance, and must slowly whittle down the possible suspects before time runs out.

Games of Spyfall follow a simple rhythm. At the start of each round, all players are shown a picture of the same location – such as a bank, a beach, or a circus tent – apart from one player, who takes on the role of the spy, and is blind to the match’s location. Players take it in turns questioning one another about the location they’ve been handed, trying to ascertain which players are providing accurate answers, and who is grasping at straws.

Social sleuth: These are the best games like Among Us

Meanwhile, the spy will be listening intently, trying to pin down the location so they can answer accurately and ask convincing questions of their own. If the spy correctly guesses the location before the round’s end, they win. But if the rest of the team can narrow down their treacherous comrade, they’ll take the winning title.

Playable for free in your browser, Spyfall translates wonderfully to online play. Taking its social-deduction gameplay from the living room to a remote zoom call sacrifices none of the shrewd deduction or frenetic suspicion. Pay close attention to the answers and questions of your teammates, and give strenuous thought to your own questions. Ask hard-hitting questions that will likely reveal the spy’s ignorance, but don’t give too much detail away, or they’ll quickly figure out your secret location. 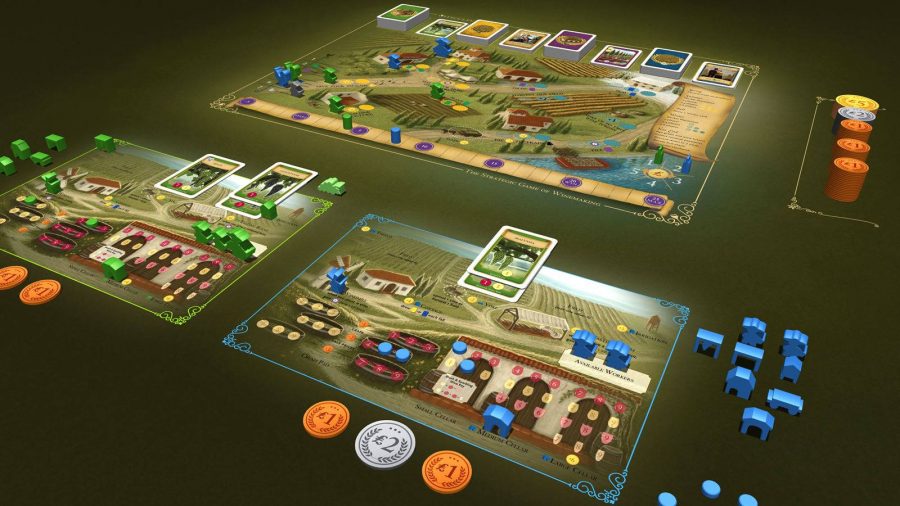 Maybe you’re not after a single game. The idea of playing only one online board game per evening might fill you with wry bemusement. No, you want all the board games to choose from, happily passing from one to the other in a jiffy, and choosing whichever catches your eye for a quick game.

In which case, check out Tabletopia. A self-styled “online arena” for board games, it functions as a more refined Tabletop Simulator, letting you play a huge variety of board games in a 3D sandbox environment. You’re handed the components of a game, given a digital version of the rulebook, and are able to freely move pieces around as you would on a physical tabletop. But unlike that much-loved engine of modding dreams, Tabletopia can be used directly from your browser.

And there’s a whole heap of games to dive into, from well-known titles, such as Carcassonne, Pandemic, and The Crew, to nicher games that you might have been dying to play, but haven’t been able to buy. Many of the games are free-to-play, but other ‘premium’ titles can be unlocked through a subscription service. Regardless, the vast library of free titles makes Tabletopia well worth a browse. 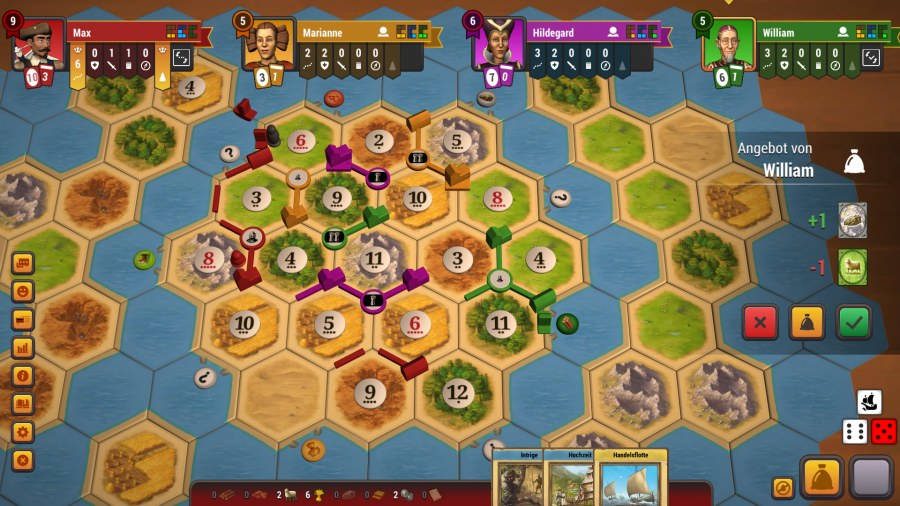 It’s difficult to find a modern board game that’s more widely played than the ever-popular Catan. Settle an uninhabited island, collect resources, and build roads and cities, racing to collect sufficient victory points before your competitor colonists. Carefully assess where next to expand your settlements, keen to grab scarce resources that will bolster your borders, and make for key ingredients in deft trade agreements with other players.

A staple of the tabletop hobby and many people’s first introduction to the world of board games beyond the family classics, Catan’s easy rhythm and deft blend of easily-visualised strategy and luck translate wonderfully to an online browser. Catan Universe is a faithful recreation of the original board game, bringing a bunch of its expansions to play, too. The free version lets you play with up to two other players across a selection of boards, but if you want to up the player count and increase the variety of your sessions, you’ll have to shell out some cash. Even the free version is sure to provide some of that classic Catan goodness.