There’s a lot of war games out there. Covering all manner of settings, spanning a vast array of time periods, and extending through a multitude of styles, there’s no end to the supply of wargames that you can dig your teeth into. But, oh boy, can they cost a pretty penny. Staying up to date with the latest military simulator, or keeping abreast of the hottest historical shooter is a surefire way to empty your wallet.

To save you some expense, we’ve created this list of the best free war games currently available on PC. Not only are they immensely popular with consistently high playerbases, but they’re also guaranteed to tickle the fancy of anyone with a hankering for historically reverent action.

And when we say free, we really mean free. Although the games on this list do include extra content that you can purchase with in-game and premium currencies, they can also be fully enjoyed without spending a penny. You may not have immediate access to the very best weapons, or have to grind a little longer than your paying counterparts, but as freebies go, these games are pretty far up on our complimentary scale.

So, put away that wallet, because… 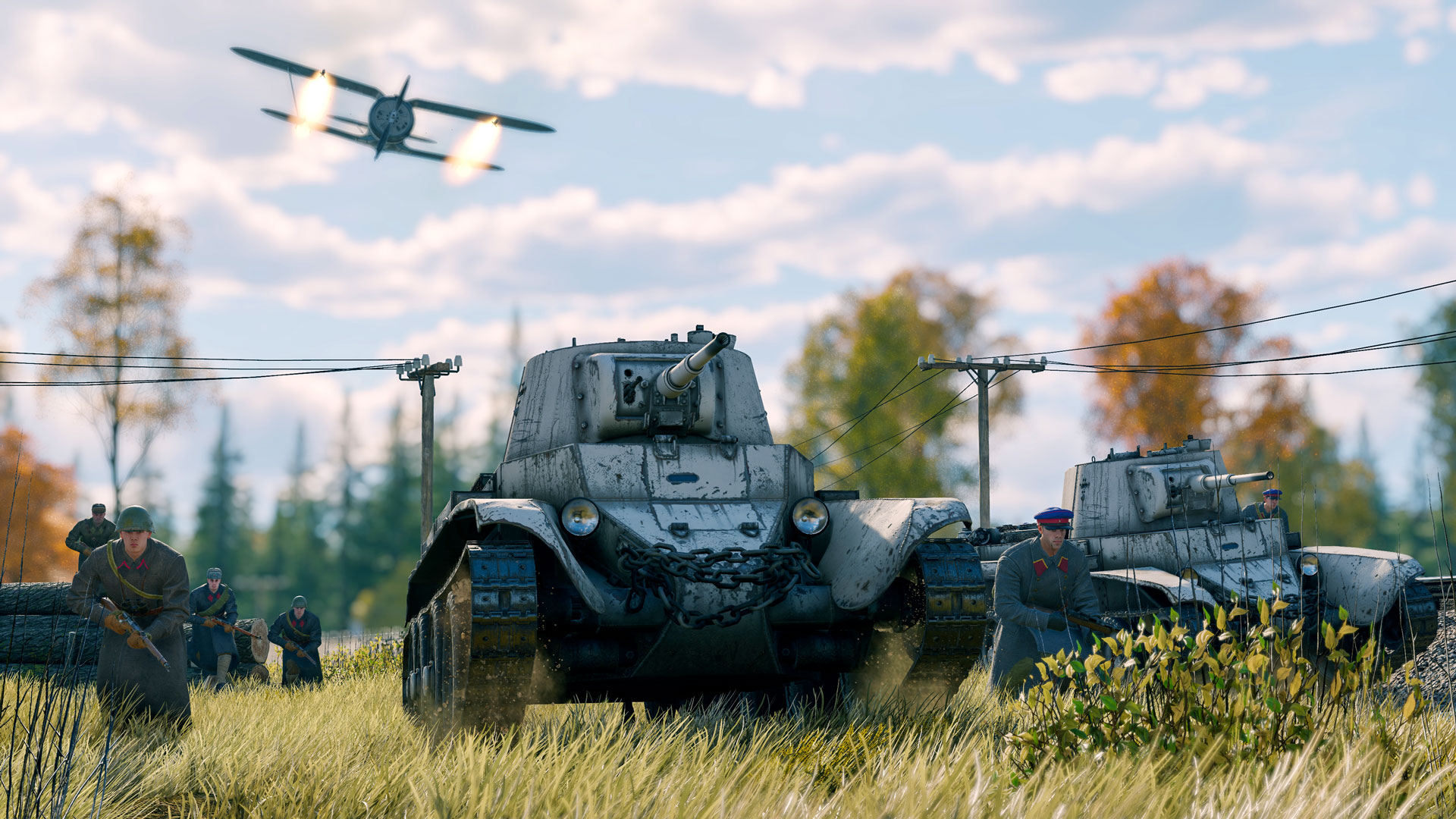 A newer entry in the free-to-play games space, Enlisted is a hardcore, squad-focused, multiplayer, first-person shooter that comes from War Thunder developer Gaijin. Drop into the muddy boots of a Second World War infantry unit, and shoot your way through tactical skirmishes, as you capture objectives, and dwindle the enemy team’s reinforcements.

When we say Enlisted is squad focused we really mean it. You’ll lead a personalised squad of AI infantry in each battle, giving orders and storming strategic locations to capture territory. And these squadmates aren’t merely decorative. If you get killed on the field, you’ll take control of one of your comrades, living on to continue the fight. It keeps you in the action, and ensures that a single mistake made in the thick of battle doesn’t cost you vast reload times. 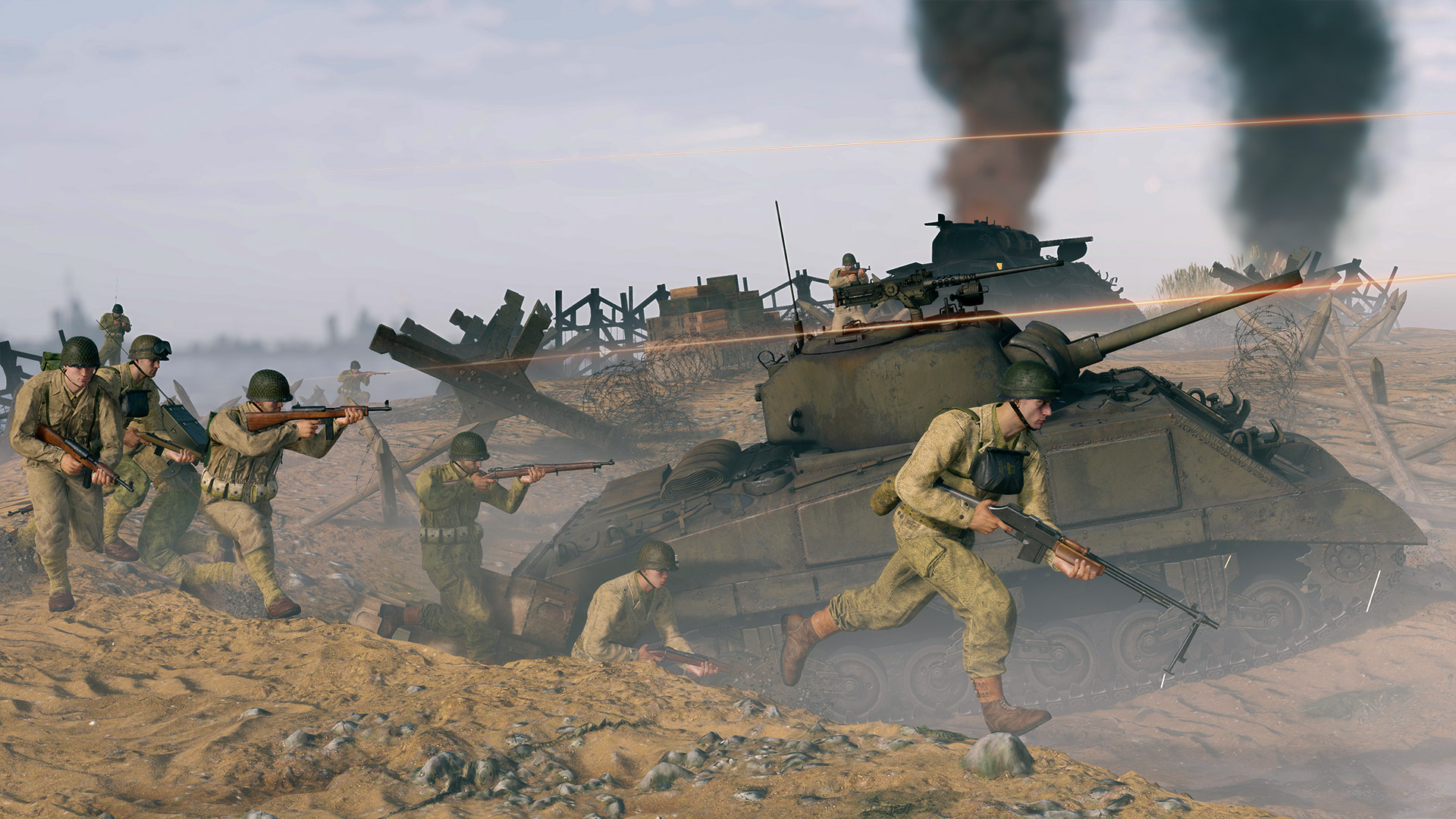 As in War Thunder, there’s a slew of gear upgrades to unlock, or purchase with premium in-game currency, as well as various squad types that bring distinct combat specialisations. Engineers are adept at constructing defensive fortifications, Radio Operators can call in air strikes, Pilots fly fighter and bomber planes, and plenty more to choose from. Individual soldiers within your squad can be upgraded and specialised with new weaponry or abilities, letting you create a truly customisable fighting force.

Second serve: These are the best WW2 games 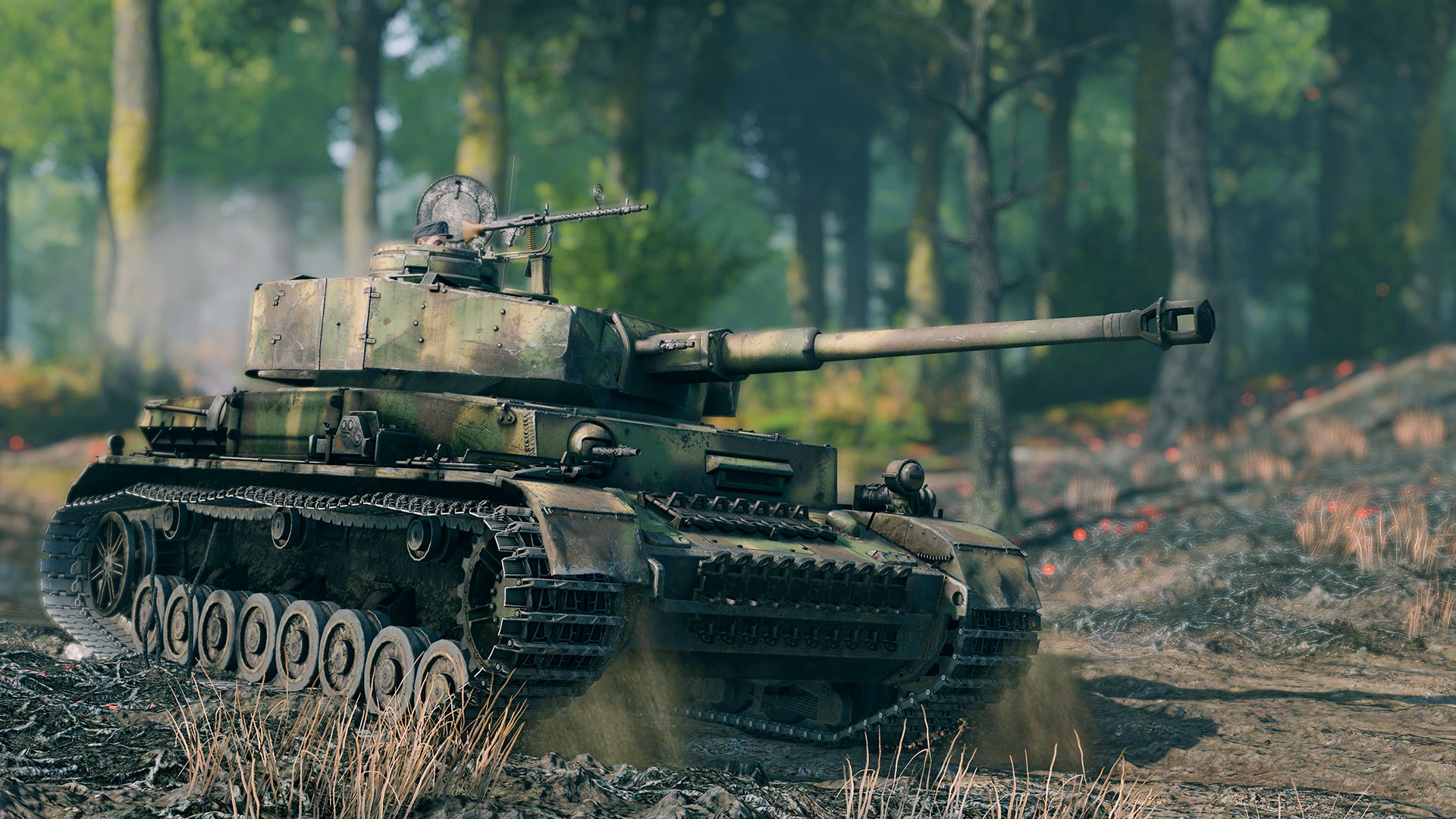 The currently released Battle for Moscow and Invasion of Normandy have introduced the Soviet, Nazis, and US forces, while the Battle for Berlin and Battle of Tunisia add British forces and more maps to the game.

A new release that could still use some polish, Enlisted stands out for its detailed squad customisation, rewarding progression, and commitment to authentic WWII realism. It might be another squad-based shooter, but it fully leans into that label to offer an enjoyably unique experience. 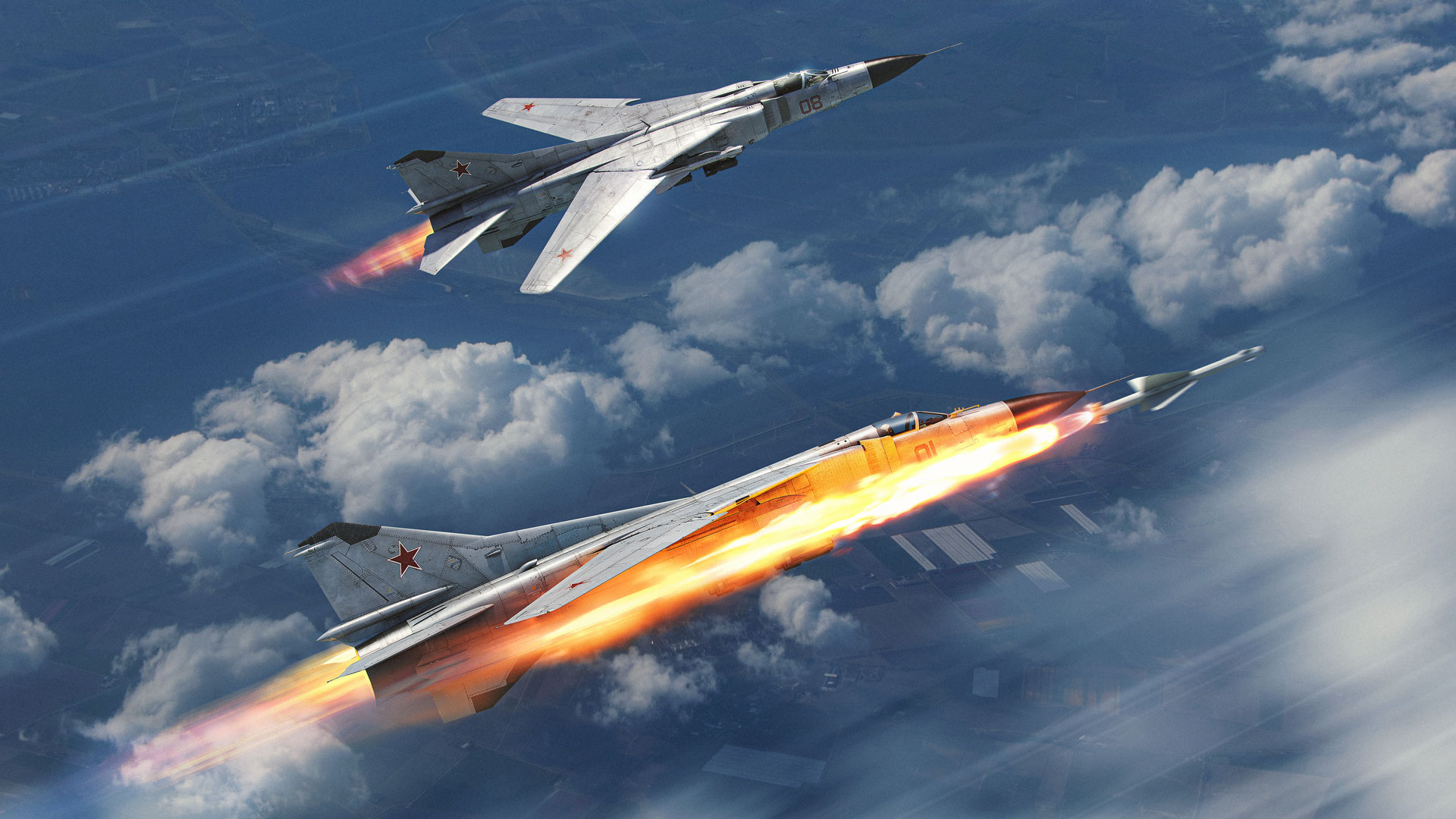 A competitive multiplayer vehicular battler, War Thunder might seem a little redundant next to the other games on this list. But it has one shining feature that sets it firmly apart: air, land, and sea battles all wrapped together in a single game. There’s no reason to choose one mode of warfare over the rest, you can dive into every method of vehicular fighting, and switch between them with ease.

Far from spreading itself too thin, War Thunder’s tank battles, warplane dogfights, and battleship skirmishes are some of the best in the action wargame space. As with World of Tanks, angling and positioning are of prime importance in land battles, but its armour penetration system is far more complex. Naval skirmishes, too, put greater focus on objective-based scenarios, as well as team communication. They’re quick to get to the action, but don’t expect any punches to be pulled when the shells start flying. 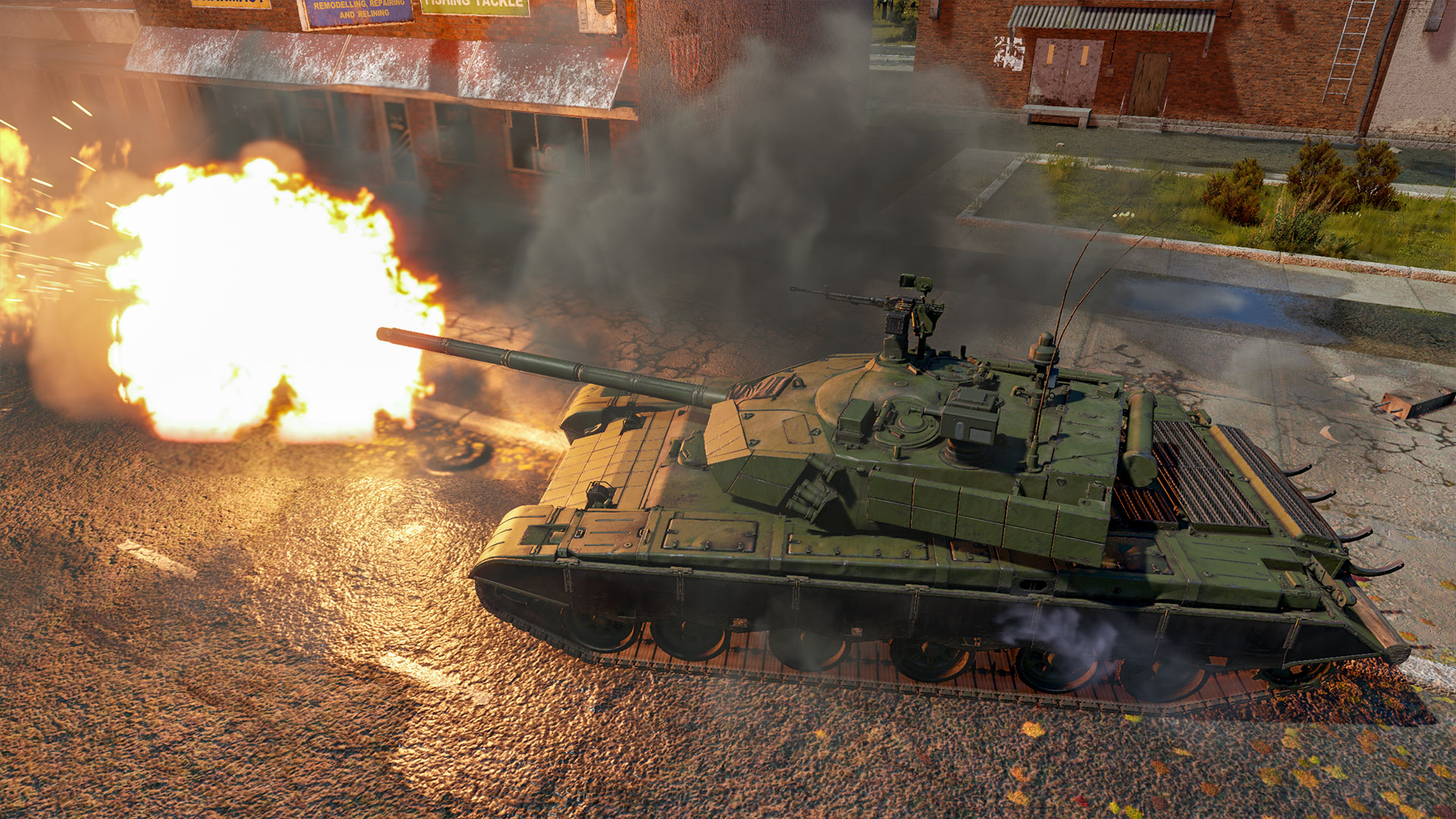 If you’re keen to take to the open air, you can do little better than War Thunder. Its aerial combat is unequalled in the free-to-play space. New pilots can jump into the cockpit for a quick firefight and feel the adrenaline rush fast-paced, free-flowing action, while flight sim veterans can enjoy its more demanding mechanics, or jump into a Simulator Battle for a fully immersive experience.

You’ll unlock more vehicles as you progress, while earning experience or purchasing in-game currency to upgrade their stats and features. Just in its sheer number of tanks, planes, and ships available to play, War Thunder’s wealth of content is bound to have something to offer. 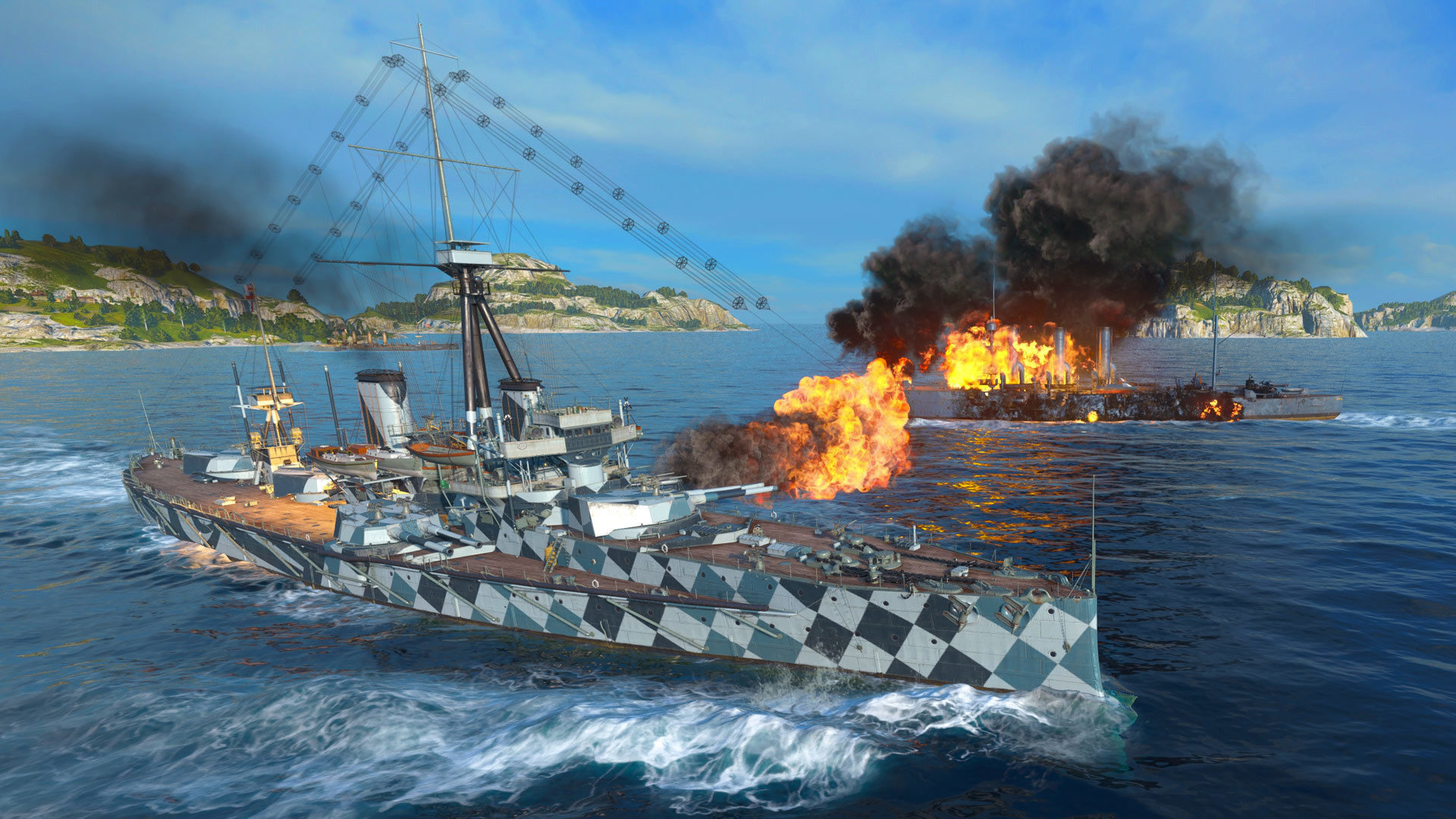 World of Warships takes the free-to-play arcade action of World of Tanks and transports it to the open ocean. Command a ship in team battles, as you fight to capture objectives and sink enemy vessels, leveraging teamwork and shrewd positioning to get a foothold over the enemy team.

You can enjoy World of Warships for its casual competitive multiplayer, in which you’re guaranteed a frenetic watery firefight. But look deeper, and you’ll find a more cognitively demanding game. 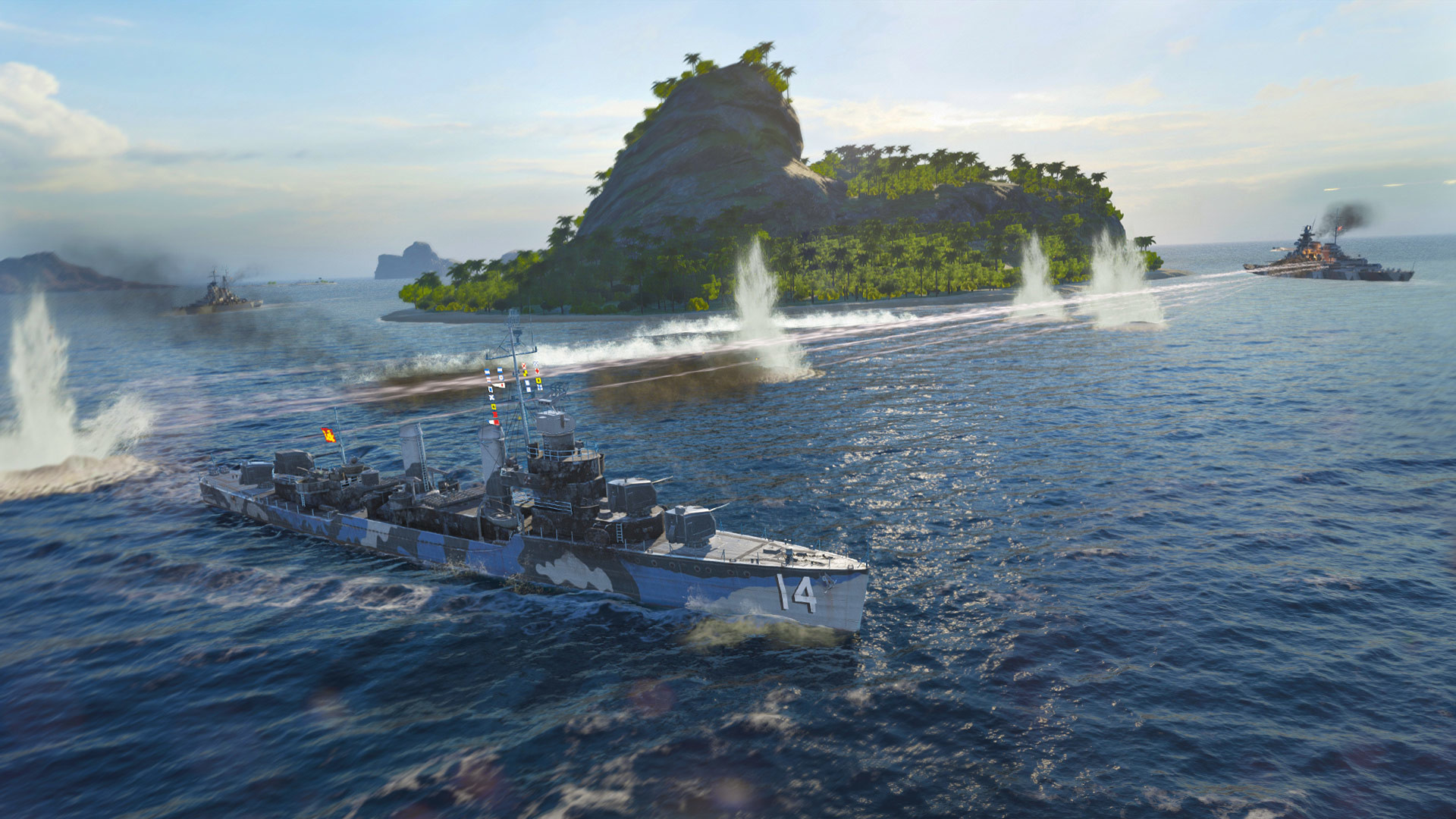 Planning the direction, speed, and course of your ship is vital to claiming a successful position on the battlefield, and simultaneously managing your ship’s pivoting and the lead-time of your shells makes for high-octane matches in which every shot counts.

Seafaring sallies: Our pick of the best naval games

Spanning destroyers, cruisers, battleships, and aircraft carriers, each ship brings particular martial strengths and moveability requirements, changing how you approach battle. Add to that over 450 ships from WWI right the way through to the early 1950s, and World of Warships is a joy for anyone keen to see their favourite naval vessels, both famous and niche, in action.

Play World of Warships for free 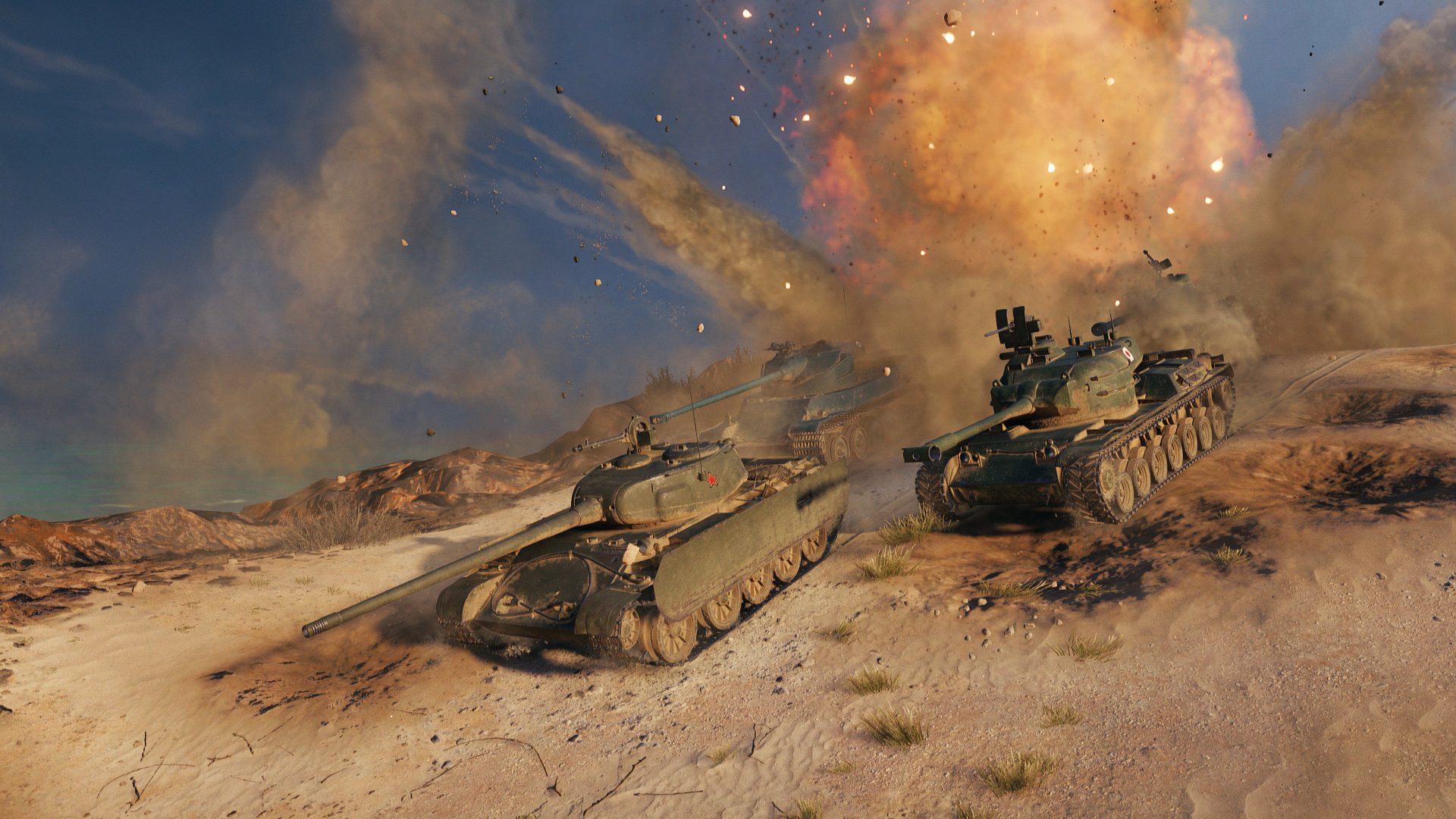 A free-to-play classic, World of Tanks is an arcade-style vehicular battler, with all the big guns, big explosions, and frenetic armour brawling you could hope for. Pick a tank, and plunge into fast-paced skirmishes, as you nip about gallic fields and tight urban landscapes, blasting shells at enemies in competitive, instant action battles.

Although World of Tanks isn’t the most serious of simulations, it’s not all dumb shooting. You’ll have to carefully angle your cannon to pierce the armour of opposing tanks, and tactically manoeuvre around the battlefield to flank and pincer enemies. Dive in for a quick gunfight if that’s your thing, or learn its gameplay intricacies to rise up the leaderboards. 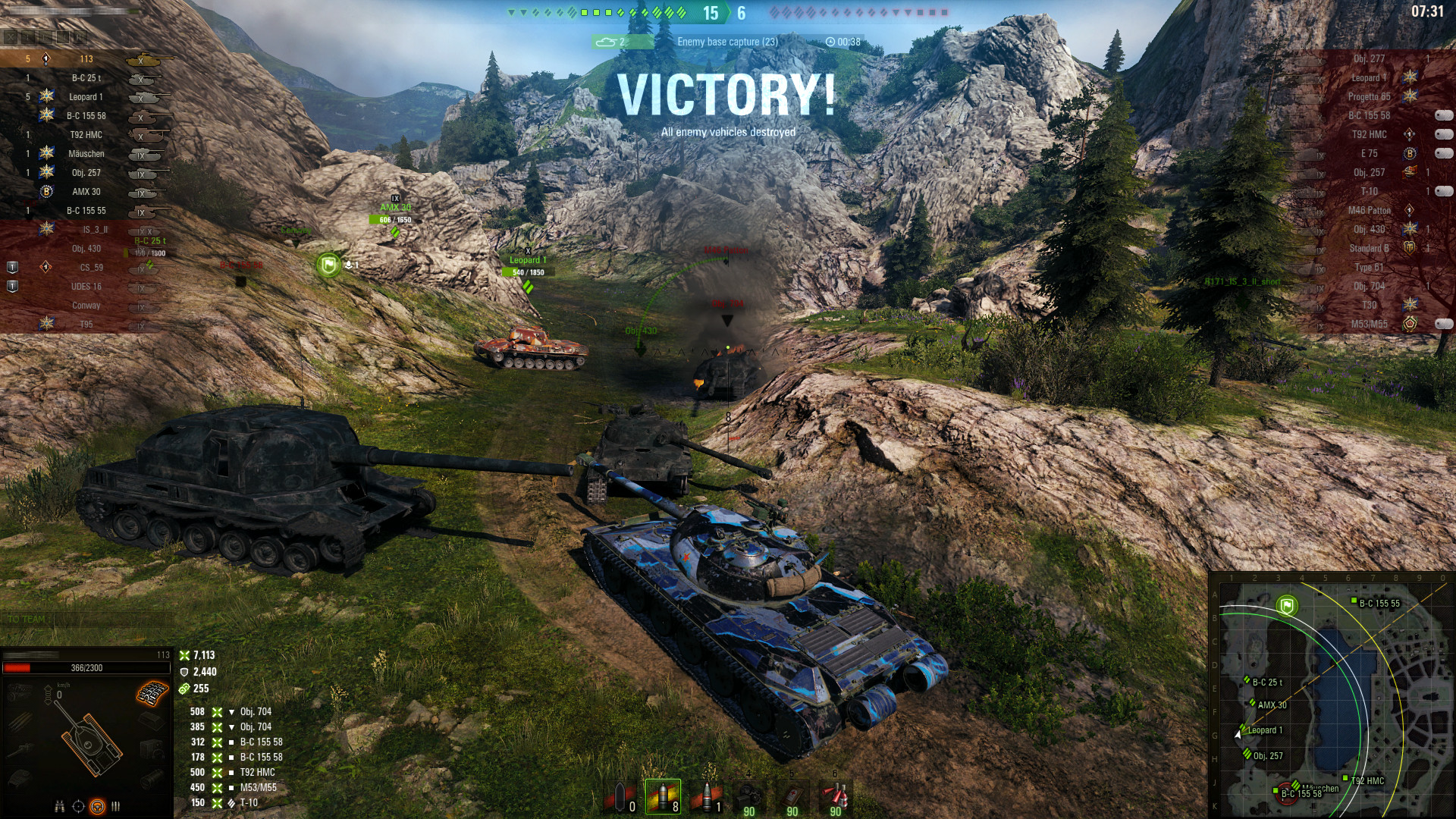 The game has spawned a loyal following of hardcore tankers that know its tech tree inside out, and can angle shells faster than you can say, ‘That’s a jolly big gun!’. But it’s also a treat for casual players that fancy a quick fight with their friends. Or, join a clan, and work your way up the regular clan tournaments for extra unlocks, and kudos.

Modular warfare: These are the best World of Tanks mods

World of Tanks is a treat for history buffs, too. With over 400 mid-twentieth century American, British, USSR, Chinese, and other tanks lovingly recreated with historical reverence, climbing up the game’s tech tree is a reward in itself. Put in a fair few hours of skirmishing and you’ll find a game that’s instantly enjoyable, and surprisingly cerebral.