Taking to the skies in War Thunder can be an intimidating prospect. While the basics of flight are simple to pick up, the game’s airspace is chock full of more experienced aviators just itching to fill your bird full of holes – which makes learning those advanced combat techniques for yourself feel like a tall order. But before setting out on a quest of aerial mastery, there’s a more immediate problem facing you – which plane should you pick?

Some players are drawn to fast fighters that dart across the skies, featherlight in their aerobatic performance but concrete in their firepower. Others will be besotted with the singular explosive potential of bombers, wreaking havoc on the ground forces that lie vulnerable below. Some may be struck by the sheer novelty of helicopters and their support functions in an aerial raid.

We’ve got you covered on all these fronts, with our picks of the very finest aircraft War Thunder offers collected here in one simple list. Take note, though, that success in a dogfight is not so much about the plane, but the player. A good pilot in a bad plane is sure to defeat a bad pilot in even the most over-powered aircraft. Use this guide to support, but not define, your piloting, and find out which aircraft is right for you. Look out for our expert combat flight sim guidance in the future.

Now that the ailerons are adjusted and the pre-flight checks complete, get ready for… 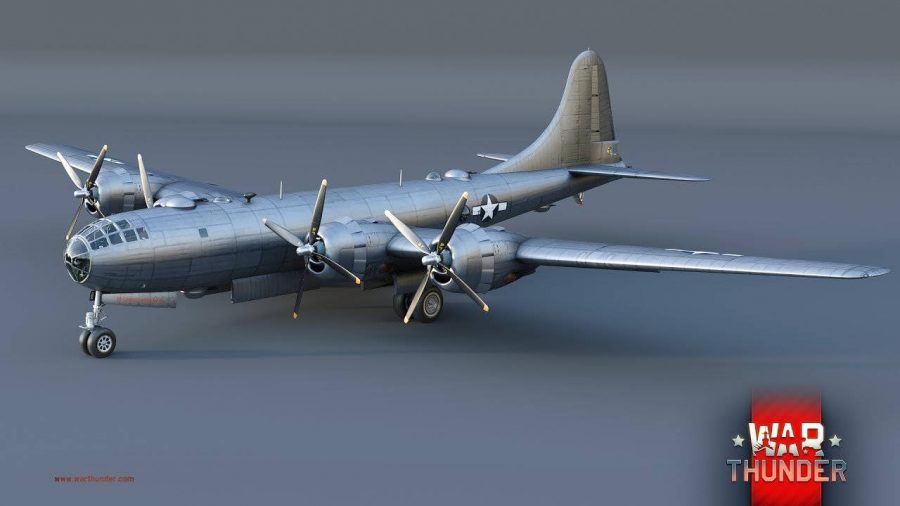 The B-29 is called the Superfortress for a reason. The propeller-powered big brother to the infamous B-17 Flying Fortress, this American bomber is among the most powerful in all of War Thunder, and designed with one sole function in mind – to drop huge payloads quickly from a great height. The sheer volume of bombs dropped on the battlefield is likely to cause rampant devastation, and a high cruising altitude provides a layer of safety from many weaker fighters.

A well-timed release can wipe out half the enemy team

Like all heavy bombers, its manoeuvrability is poor, and the weight of its payload means a long time will be spent climbing to its optimum altitude. Two Browning heavy machine guns offer some defences, but any competent enemy pilot will know to pick you off from afar rather than come into your range. Its massive footprint also makes it a stark target in the sky for fighter pilots and ground vehicles alike, tired of the rain of hellfire you’re unleashing from above.

But when you’ve reached the appropriate height, get ready to become the star of the show. A well-timed release can see half of the opposing team wiped out in a single bombing run. 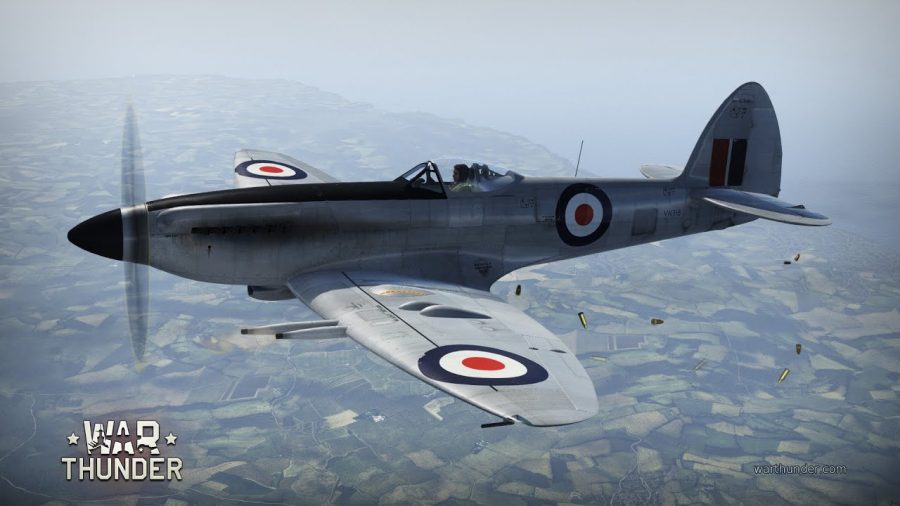 An instantly recognisable classic of the RAF, this British fighter’s greatest strength is its speed. Packing a Rolls-Royce Griffon engine that not only provides incredibly high agility and fast altitude climbing, but also brings a flair of style to the battle, opposing planes struggle to shake the Spitfire loose, and its high acceleration suits it perfectly to booming and zooming – diving on an opponent and opening fire from high altitude, before climbing back to a higher level for safety.

Stick to high altitudes where you can leverage the power of its engine, and maintain your speed at all costs. Slowing down will scupper its formidable turning speed and roll rate, leaving you susceptible to the higher firepower of other aircraft. When played well, the Spitfire Mk 24 is a regular scourge of the skies.

There’s something ineffably awesome about the words ‘jet fighter’. The speed, the power, and the engineering prowess all make this class of aircraft particularly tantalising. And no aircraft better meets your expectations of a jet than the F-4C Phantom II.

Fast altitude-climbing, and a top speed that pushes Mach 2

From the US, this jet opts for heavy armaments and speed to excel as a brute of the air. Excellent acceleration, fast altitude-climbing, and a top speed that pushes Mach 2, combined with a 20mm cannon, sidewinder rockets, and bombs, this plane can take on just about any role in the battle – and switch between them on the fly. Opposing MiG fighters tremble before its speed and collapse under its crosshair.

However, the aircraft suffers in its manoeuvrability. Large and heavy, its turn rate is poor and makes for an open target. Enemy aircraft will try to fly circles around you at low speeds and landing the aircraft can be a tricky feat in itself – keep in mind its quick deceleration. 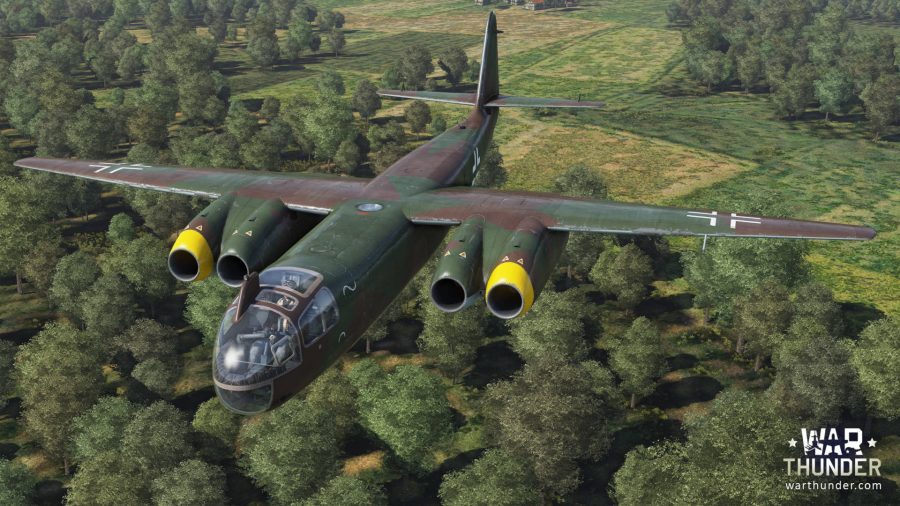 If you’re keen to jump inside the cockpit of a bomber, but aren’t impressed with the dawdling speeds of heavy brutes, the German Arados 234 B-2 is here for you. The first jet bomber to ever grace the world’s skies, the Arado is quick, compact, and easy to fly, thanks to intuitive elevator controls. Combined with a limited payload, it’s perfect for tactical bombing – quickly dropping above a target, before swiftly climbing to a safer altitude.

Wavey garms: These are the best War Thunder skins

With no armament to fend off attacking fighters, you’ll be relying solely on its payload for kills, so make effective use of them – the aircraft can carry a maximum of three bombs, and can only release them in two loads. Totally devoid of armour, this isn’t a bomber suitable for testing new tricks, but one used to rigorously perform a specific, swift plan of attack. 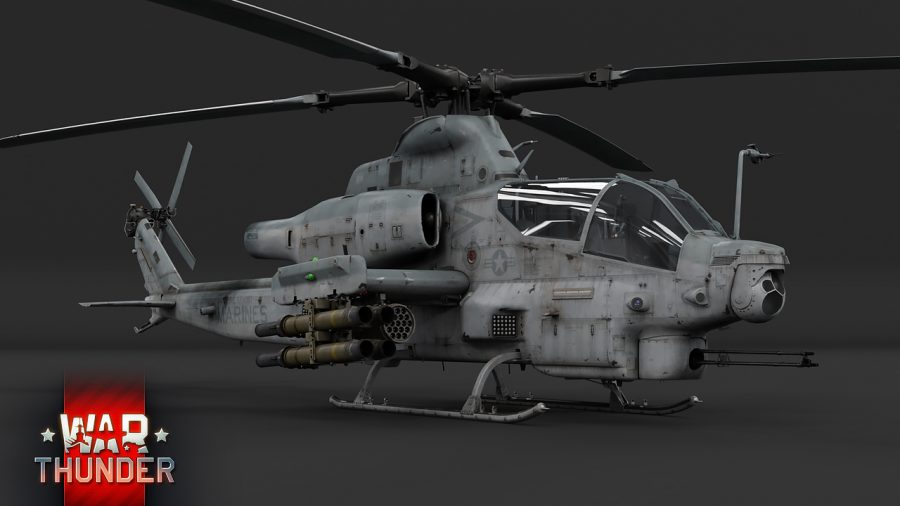 Helicopters in War Thunder get a bad rap. Some dismiss them as useless gimmicks that do more to upset the balance of a team than pull their own weight, while others claim they’re too often used in air battles rather than for the anti-ground offensives they’re tailored for. But if used effectively, helicopters can decimate enemy ground vehicles, clearing the way for allied forces to swoop in and push forwards. The best of them is the AH-1Z.

Miniguns, rockets, and Hellfire missiles can be combined into one loadout

This American attack helicopter is one of the fastest in the game and has a massive selection of arms to boot. Miniguns, rockets, and Hellfire missiles can be combined into one loadout to cause havoc at medium range, and unlockable flares and a missile approach warning system provide defences to help you evade enemy fire.

Like most helicopters, its biggest challenge is its ease of control. Keep its nose level during tight turns to avoid spinning, and remain at high altitudes to scope out a target. Its deadliness makes it a priority target for the enemy – so stay out of trouble. 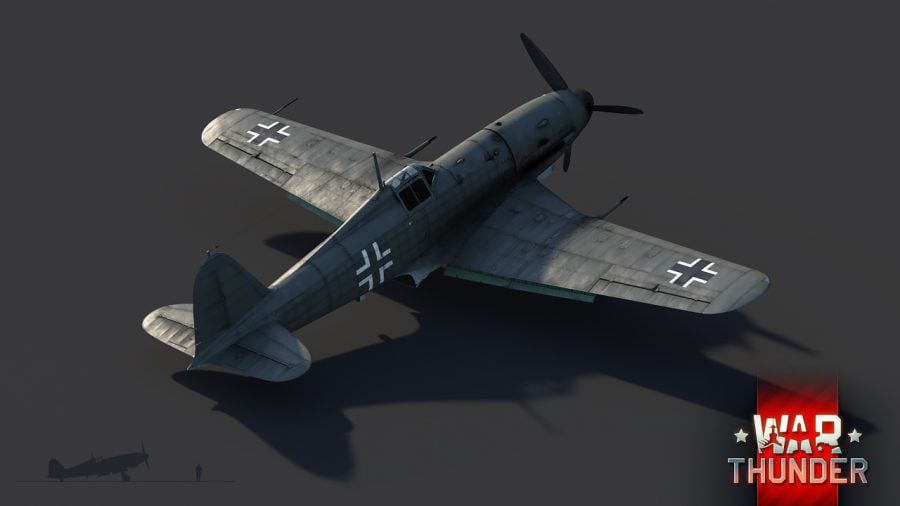 An increasingly popular choice, and a stalwart fighter amongst mid-tier aircraft, the Italian G.56 has a light frame fitted with a powerful DB 603 engine. Excelling in both boom-and-zoom fighting and turn fighting, at any altitude, it can quickly snap round to dip out of losing battles without losing speed. A humongous ammunition supply also means you can haphazardly spray while performing graceful manoeuvres at speed, without worrying about where the bullets for your next encounter will come from.

Blitzkrieg better: Check out the best World of Tanks mods

Without an altitude advantage with which to govern the speed and flow of the dogfight, you’ll struggle to leverage any of the G.56’s advantages. And make sure to make good use of the aircraft in combat. A massive repair cost will have you squirm each time its decimated husk makes its way back to your hangar. 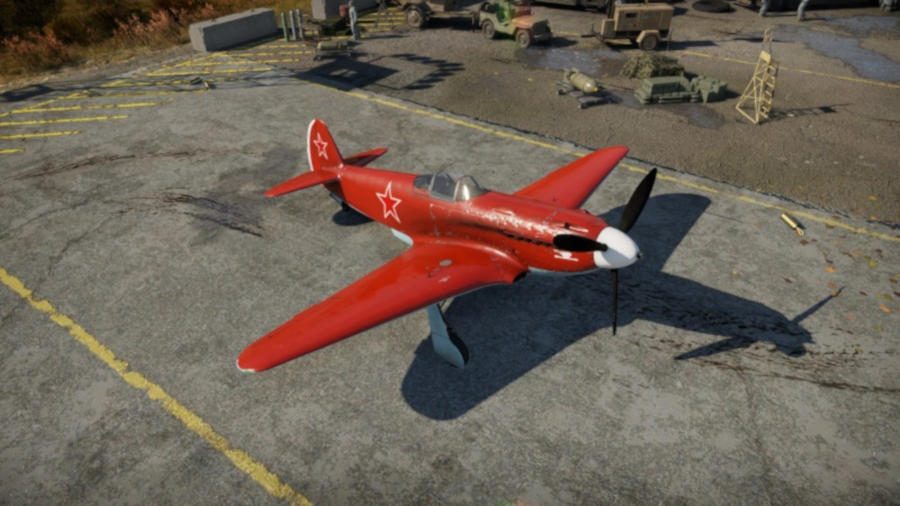 Among low-tier fighters, the Yak-3P faces little competition. The Russian aircraft’s three 20mm nose-mounted machine guns can rip through the sides of any aircraft that meets it, and high acceleration, coupled with significant energy retention, will see you performing manoeuvres that its British and American counterparts could only dream of. Climb high above the enemy to dive upon them, turn generously to evade fire, and attack targets at an angle to save precious bullets from your minimal ammo count.

The Yak-3P’s downfall is its durability. Easily catching fire, and rapidly diced to bits by the more powerful cannons of Spitfires, be wary of plunging headfirst into the fray. Adrenaline junkies will rip its wings apart performing more outlandish manoeuvres at high speeds, and its engine will overheat often.

Its bright red colour scheme not only looks dashing, but will inspire the revolutionary fervour of your Soviet comrades – although that’s probably less important than its bare-knuckled stats. 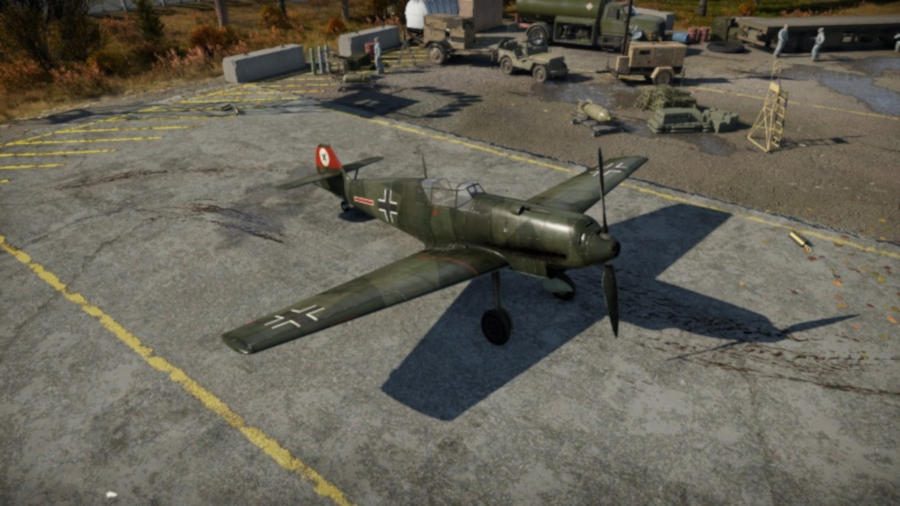 If you’re looking for a beginner aircraft to ease you into the mechanics of dogfighting, you can’t go far wrong with the Tier 1 German airborne icon, the Messerschmitt Bf 109 B-1. Agile and nippy, this plane can climb altitudes quickly and perform sharp turns with ease, using its great energy conservation to out-manoeuvre enemy aircraft. Maintain your speed, and lean into its forgiving stability to run circles around your opponent.

Peri-scoped: These are the best World of Warships mods

With no armour to speak of, the aircraft isn’t cut out for withstanding persistent damage, but can hold its own against the relatively feeble firepower of other low-tier planes. Its two 7.92 mm machine guns are unremarkable, and will require a good long spray to send down pretty much any target with body-shots, so aim for the pilot and use the BF 109’s stable shooting to focus your fire.

If talk of these metal birds has tickled your cravings for aerial combat, you can download War Thunder and play for free right now.