War Thunder skins are simply essential if you’re serious about the game. Imagine: you’ve downloaded War Thunder, played a few matches, and reckon you can take anyone who dares challenge your seafaring, aviation, or vehicular prowess. You understand not to silhouette your aircraft against the sun; you know the importance of studying the map for natural choke points; and you’ve mastered the bullet drop of your naval cannons to pierce enemy warship hulls at any distance. But can you do all of these things while remaining the height of fashion?

That’s right, the objective of War Thunder‘s infamous grind isn’t merely to achieve ultimate mastery of combat skill on land, sea and in the air – but also decking out your vehicles in sick new skins. A host of unlockable camouflages are included in-game, offering new colour schemes and options to better attune your war machines to different environments. Once you’ve tired of these, however, you’ll likely want to delve into the depths of War Thunder’s custom user skins. Fan-made and ever so chic, these offer the best solution to creating a unique appearance for your aircraft, tanks, and ships.

One thing to bear in mind: while the camouflages provided in-game by Gaijin or approved for sale on its Marketplace are visible to other players in a match, user skins are purely local. Only you will be able to see whatever visual spruce you lovingly give your vehicles. Doesn’t this defeat the purpose? Not at all! As with most aesthetic sensibilities, fashion only matters if it makes you feel good. They’re a great way to personalise your arsenal, without having to purchase or unlock new official camouflages.

Although you’ll find War Thunder skins popping up all over the internet, a handy collection can be found at Gaijin’s official War Thunder live portal. Fortunately for those of you who aren’t keen to wade through hundreds of possible paint jobs, we’ve done the hard work for you and collated a handy list of the best War Thunder skins below. Enjoy! 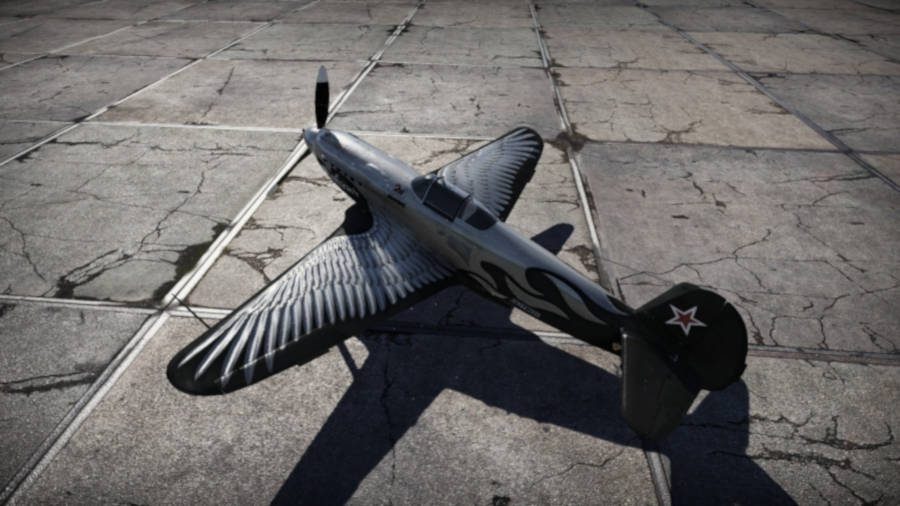 Spruce up the Yak3p by coating a silver phoenix design across the breadth of its wingspan, complete with flaming tail. No historical accuracy or practical use has been thought of here – it’s pure style, and inches you closer to flying a giant mechanical bird than a standard plane. A little gaudy? Well, maybe a little. But tell that to the enemy pilot you’ve shot out of the sky, as you gaze lovingly at your majestic feathers. 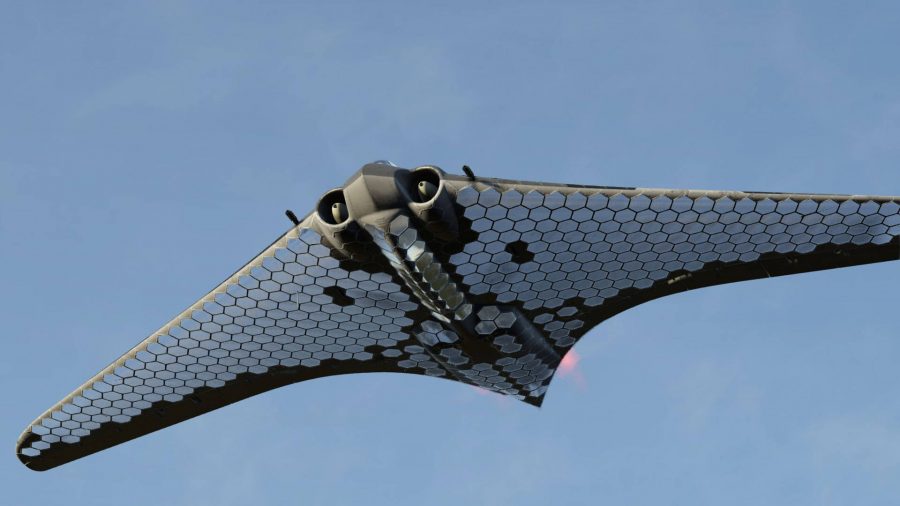 The distinct ‘flying wing’ design of the Ho 229 makes it stand out in any crowd, but what if there was a way to remain unseen? Say hello the latest development in true stealth technology – glass.

Modular warfare: These are the best world of tanks mods

Or perhaps some futuristic light-emitting material? We don’t know, but either way, this skin will have you looking directly through the wings of your plane, disguising it among the foliage below. Snazzy. 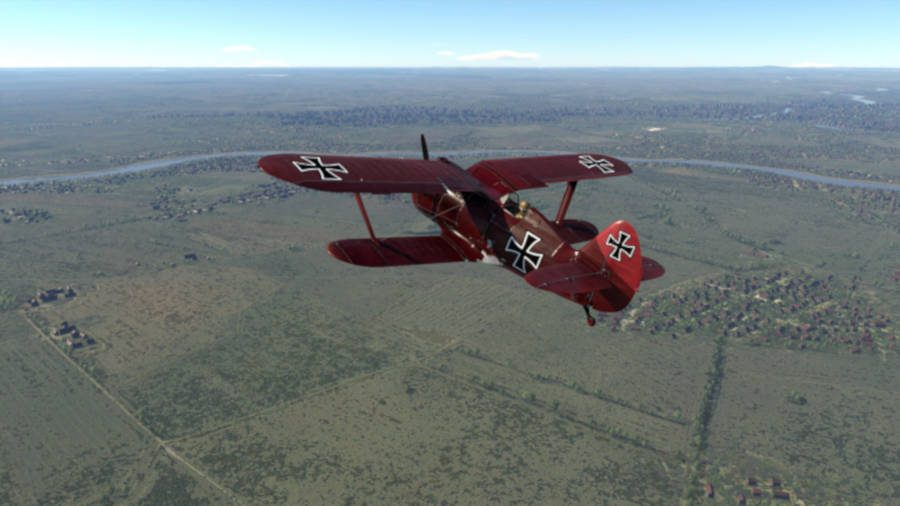 Is there any plane more iconic that Manfred von Richthofen’s Albatros D.V.? The Red Baron’s own biplane, that loosed so much fury in the skies of World War 1, is available to play in the game, but this adaptation of the I-153-P recreates its essence more purely – that is, a lot of red, with the infamous German Iron Cross pasted at the right locations on its tail and wings. Who knows, maybe some of the Baron’s flying flair will rub off on you. 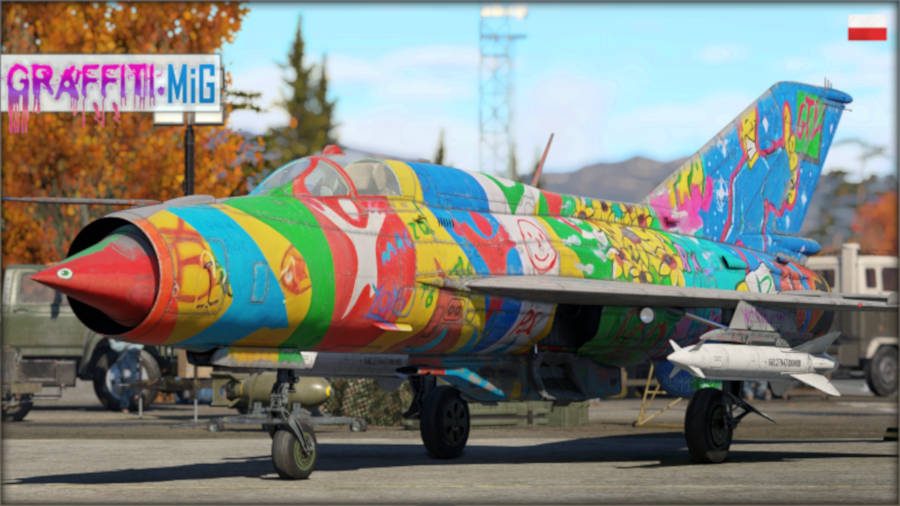 Sometimes the best artistic refinement is no refinement at all, as this graffitied MiG proves. Playful, colourful and all-round silly, not all skins need to prove your machismo or aerial superiority, but can embrace the lighter side of life – among the salvos of hellfire missiles raining down on the enemy.

Round two: Read our guide to the best WW2 games

Grab this paint job if you want to bring some colour to the occasional high-octane dreariness of modern (grey) aerial war. 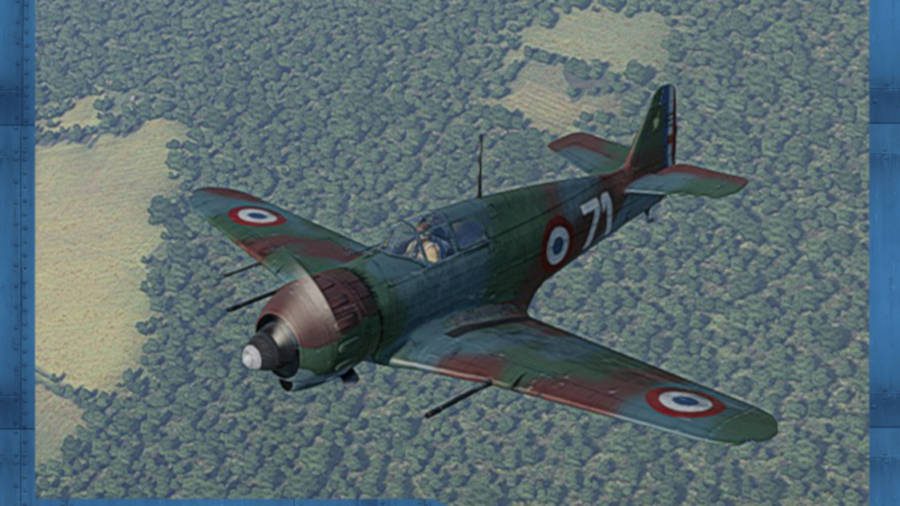 Perhaps you’re not interested in making aviation light and airy, but want to lean into the historical side of War Thunder – preserve, as it were, a veneer of authenticity. In that case, check out this 1940 reproduction of the Bloch MB.152 C1. Replacing the original brown-splodge paint job with blue and green hues, and adding decals in all the right places, you’ll be convinced you’re shooting down the Luftwaffe in no time. 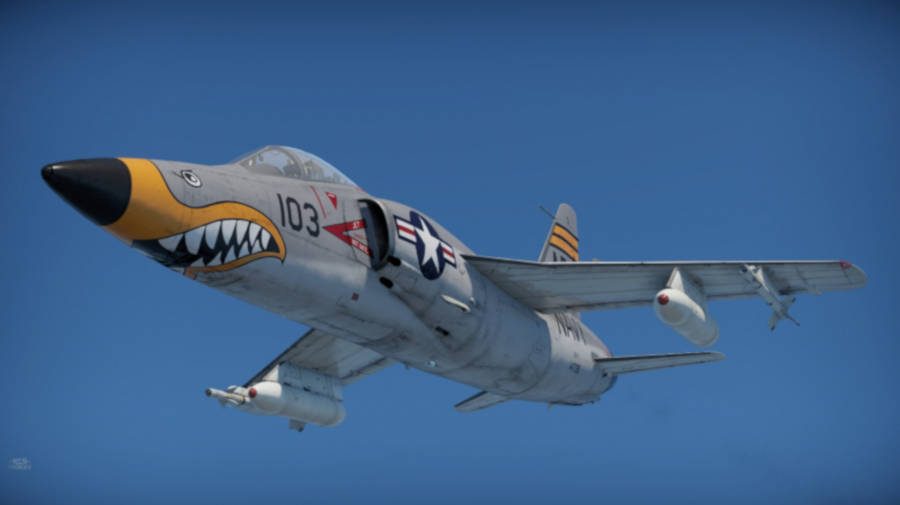 The Grumman F11 Tiger doesn’t need much visual adjustment to look cracking, but one sure-fire decal to spruce up any plane is some ‘shark’s mouth’ nose art. Killer of the ocean, become killer of the sky. A few more stars and stripes are added for good measure, too – this is a very patriotic fish. 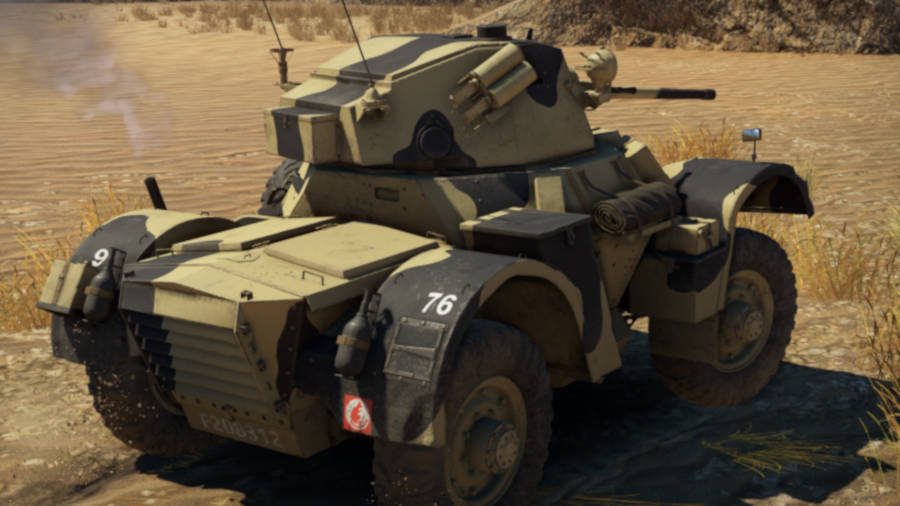 A famous British armoured car of the Second World War, the Daimler usually sports a tepid military green. But green is now considered passé in the inner circle of martial fashion.

Think ahead: These are the best tactical shooters

Replace it with a sandy colour scheme to add a little variety to your tanking experience and become the (miniature) desert fox you want to be. 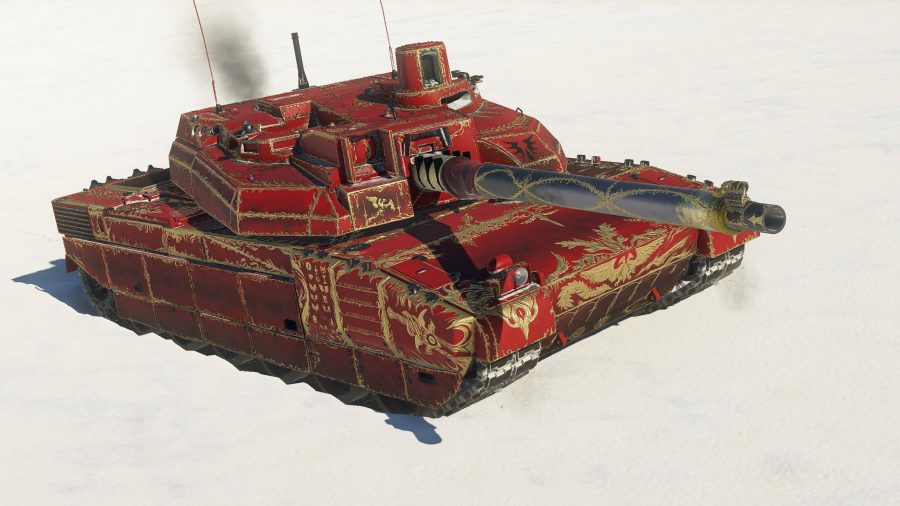 Mix universes with this Warhammer 40K-inspired tank skin. A crimson body decorated with gold leaf highlights fit for any marine of the gothic future, this custom skin lets you show your allegiance to the Blood Angels and their eternal hunt for heretics, xenos and garlic-free recipes. Tote your cannon knowing you loyally serve the emperor and visit his might upon those who defy you. 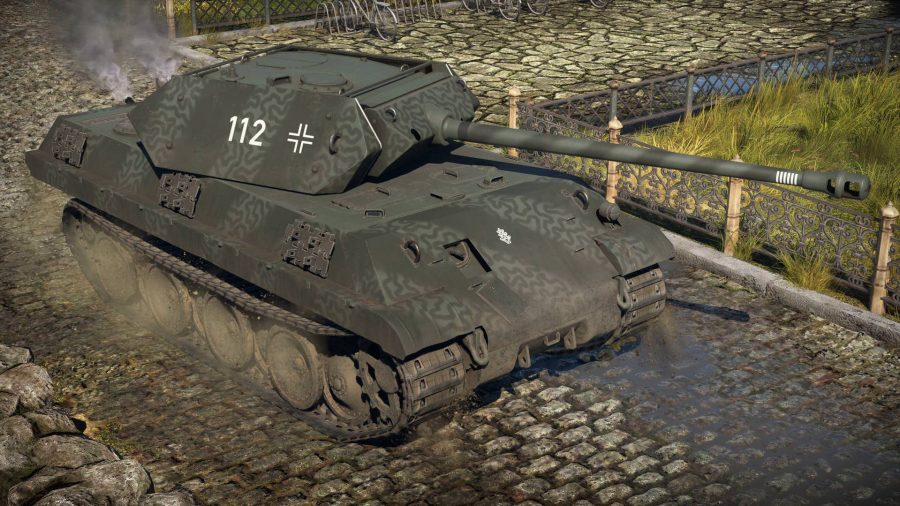 An alternate history skin that dresses up the Ersatz M10s like a Panther G. Some Panther Gs were, in fact, modified into Ersatz M10s and distributed across German forces during WWII.

Watery grave: Read our guide to the best naval games

This skin imagines one of these chimeras assigned to fight the Soviets in Hungary, providing a darker, stripped-down colour scheme with some subtle camouflaging in the form of squiggly lines. Not bold, not bright, but understated. 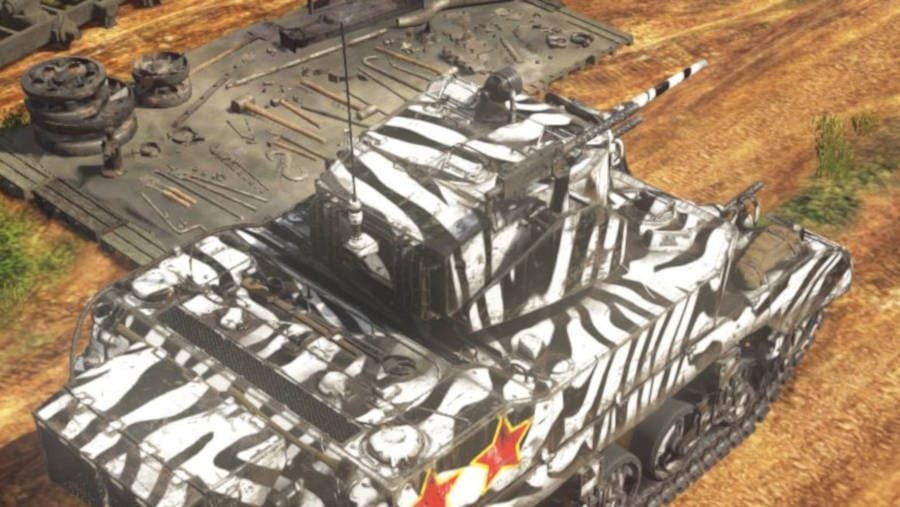 Say goodbye to subtlety with this zebra stripe skin. Everybody who’s anybody knows zebra patterns are always in vogue and give an air of respectability to an establishment, pair of legs or armoured fighting vehicle. Largely useless for blending into neighbouring terrain though –  it’s a good thing no one else can see your custom War Thunder skins. 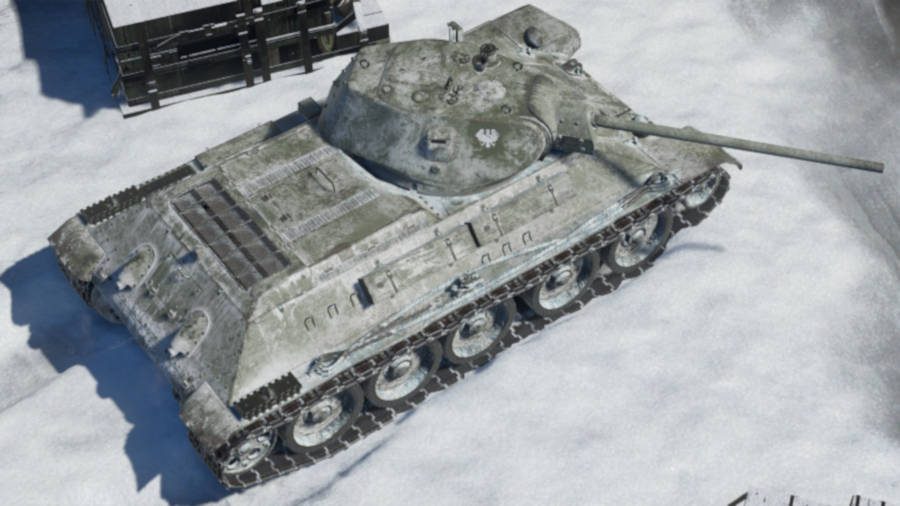 A semi-historical skin, this one gives the T-34-57 medium tank a whitewashed winter camo. The T-34 was used frequently by the Soviets in their frosty fighting, and a light dusting of icing sugar will make it blend in with the terrain. I’m kidding, it’s snow, but it will still blend in. 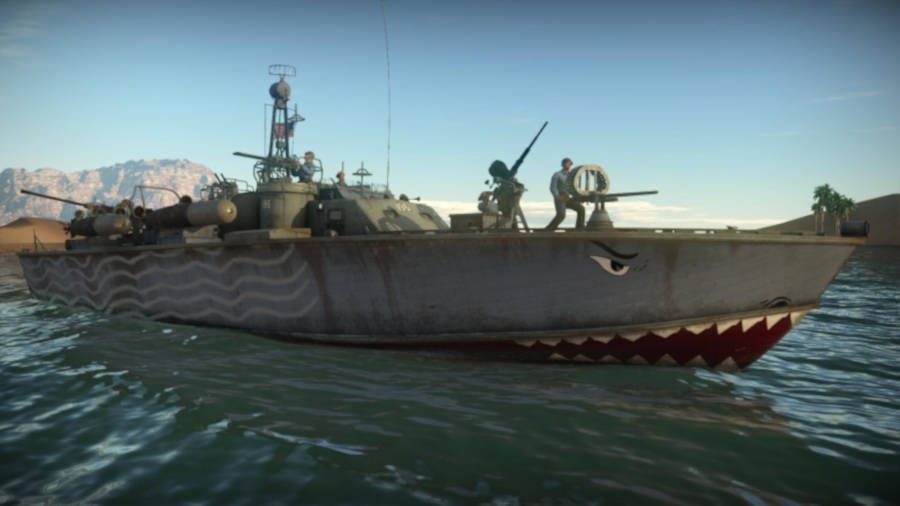 You know what’s better than a shark decal on a plane? A shark decal on a ship – it just makes more sense. Based on an experimental camouflage scheme tested in the Mediterranean and Pacific, this skin paints some evil eyes and gnashing teeth on the front of the Elco 80 ft PT-55.

Getting chilly: These are the best cold war games

Cruise across the water and gobble up enemy ships. Don’t be surprised when you find digestion difficult. 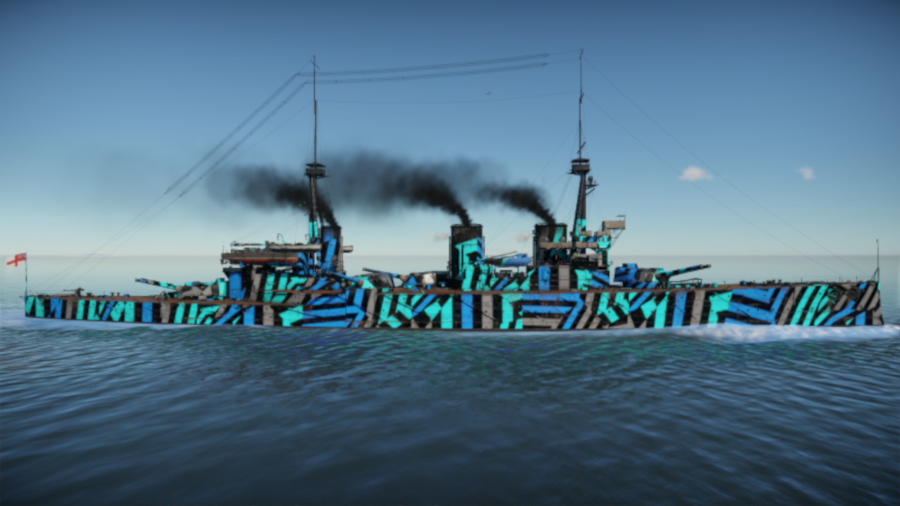 True to its name, this geometric dazzle skin sits closer to an optical illusion than a practical paint job. Deck out the famous British battlecruiser with bright blue polygons and pretend you’re at a 70s disco, floating precariously in the ocean-faring equivalent of platform heels. Maybe the angular patterns will disrupt enemy targeting systems? No, they won’t, because custom user skins can’t be seen by other players [but they damn sure hurt my eyes – Ed.] 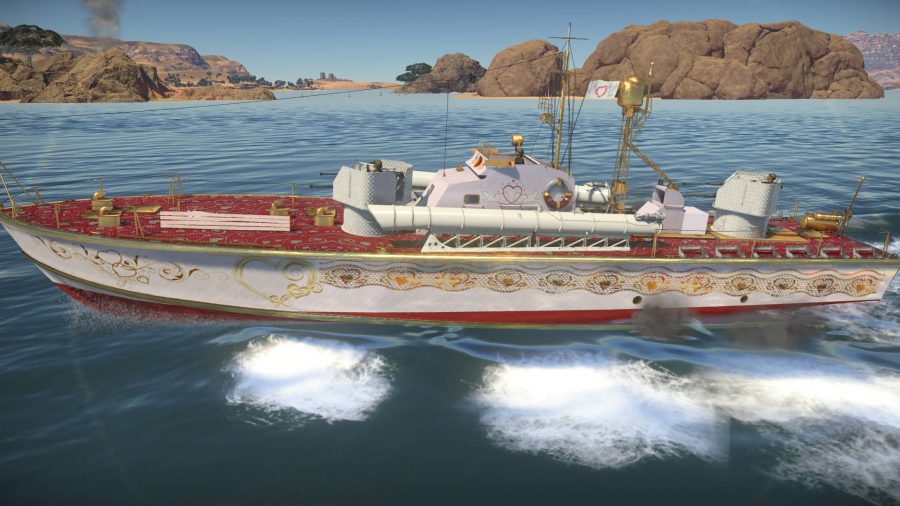 Amongst the war, the fighting, the pain, there’s one common thread that binds humanity – love. Start some early celebrations of humankind’s commitment to planetary pacifism with this wedding boat, kitted out with decadent red carpets, gold rims, and bridal white paint.

A big love heart sits at the rear too, so you won’t forget what life is all about. It is, as the Beatles taught us, all you need. 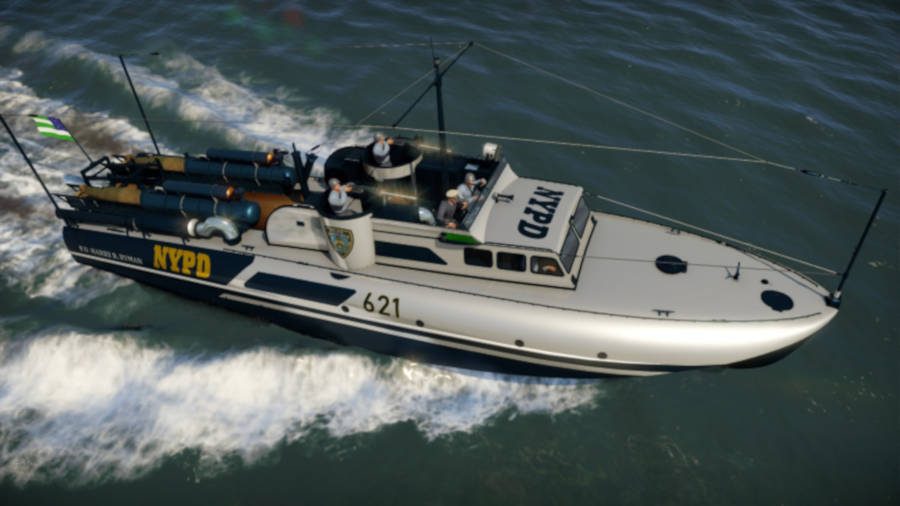 Switch uniforms for the day with this NYPD skin for the PT-3, complete with police badge decal, so you know it’s genuine. Closer in appearance to a yacht than a New York police vehicle (bar the two gun turrets on the side), you’ll be pretending to cruise around the oceans in search of rustlers and villainy, only to shoot them on sight.

If, for some bizarre reason, you haven’t yet sampled its highly-detailed martial-vehicle simulation delights, you can play War Thunder free right now.