Like many WWII games, Enlisted isn’t all about infantry. It features historically reverent tank gameplay that can form the focus of a battle if used effectively. Closer to the meticulous simulation of War Thunder than the arcade-style shooting of World of Tanks, Enlisted‘s tank driving is serious stuff. And to do it well, you’ve got to know the basics inside out.

We’ve created this list of tips and tricks to kickstart your Enlisted tank driving. Learning these rules will be essential if you’re to successfully clear the enemy ranks, both for new players and veteran drivers alike. Some are basic strategies, which you might be familiar with through your time driving caterpillar-tracked metal beasts in other free war games. But a tanking refresher couldn’t hurt.

To get in the driver’s seat, you’ll need to pick the, creatively named, Tanker squad. From there, you can select a tank, apply any upgrades, and spawn into the map, just as you would with any other squad.

Your squad is composed of five crewmen, each with a different role, that’ll take over one another’s duties should an unfortunate enemy bullet find its target. Generally, however, you’ll want to stick in the gunner position to drive and fire. 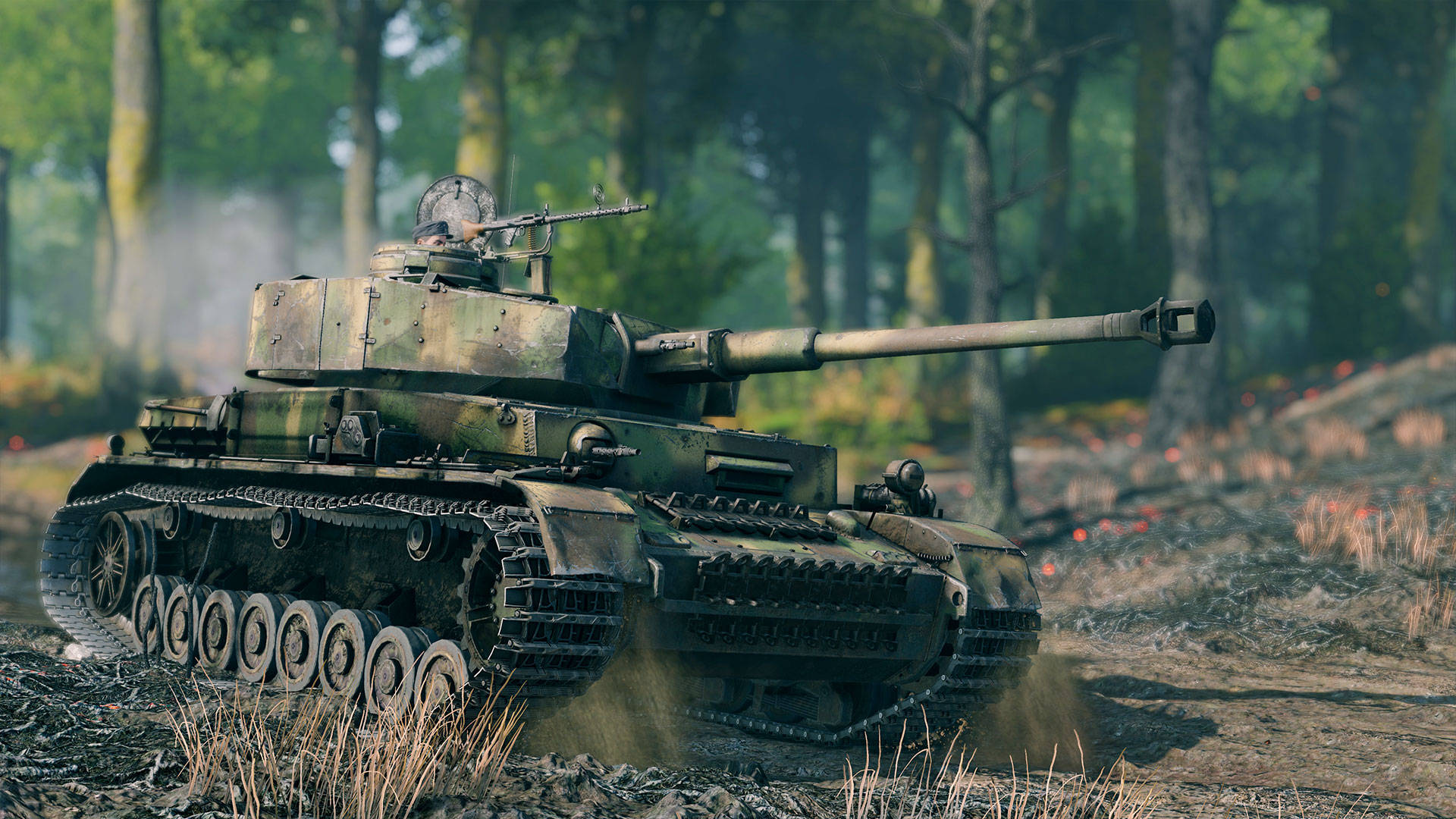 As in War Thunder and World of Tanks, the colour of your crosshair will change when aiming your tank’s main gain, indicating the effectiveness of your shot. A green reticle means the fired shell will penetrate the enemy’s armour, yellow indicates there’s a possibility of penetration, while red means there’s no chance at all.

Complimentary: These are the best free war games

Don’t waste shells on firing at yellow and red targets, especially when you’re in a tight spot. With long reloading times, it’s better to reposition your main gun, and locate the enemy’s weak armour spot. Look for those green areas, and memorise them, so you can land penetrating hits every time. 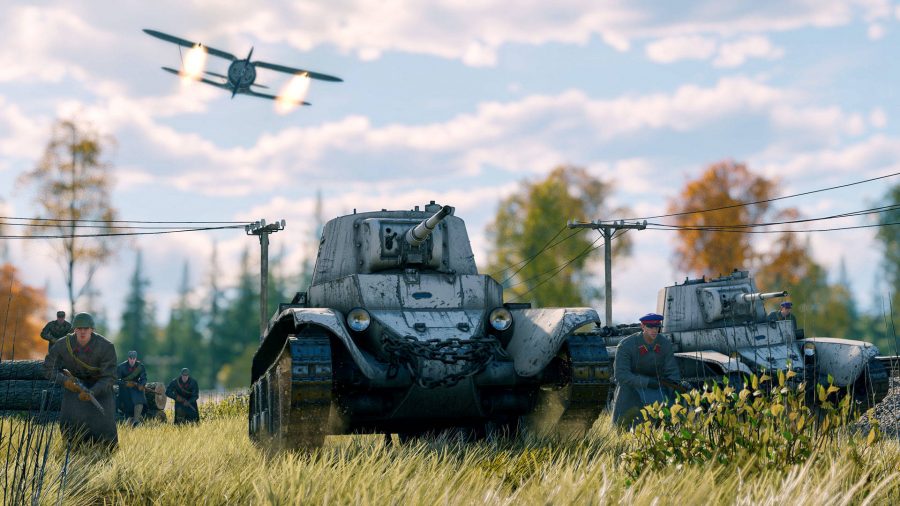 As fun as it is to chase down vulnerable infantry squads from the protection of your armour, in Enlisted, tanks are best used to fight other tanks. Clearing the battlefield of enemy ground vehicles will clear a path for your infantry, allowing them to capture objectives, and deal with enemy squads at an advantage.

When tackling enemy tanks, make sure to switch to AP (armour-piercing) ammunition, which is more effective at penetrating armour than HE (high-explosive) shells. And always take into account angling. Tanks generally sport their thinnest, flattest armour on their sides, which prevents them from deflecting your projectiles. An AP shell aimed square to a tank’s perpendicular will make quick work of the enemy. 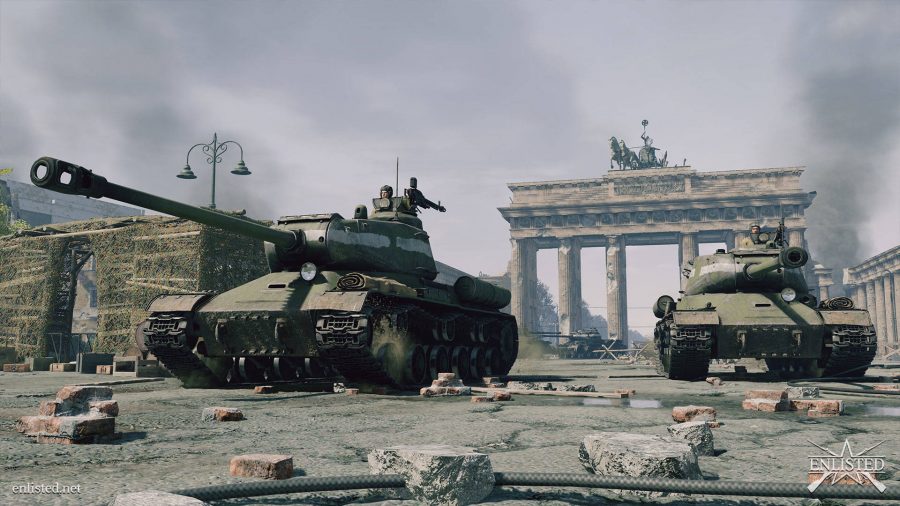 Whenever you’re facing off with an opposing vehicle, your first priority should be positioning. Always try to angle your front armour towards enemy fire. For most tanks, their front plating will be their thickest, and best angled to deflect incoming enemy shells.

Immersion: Read our list of the best tactical shooters

If you’re in a position where facing the enemy head-on is impossible, either reverse and come back at them at a different angle, or look for those green crosshairs. The faster you can take down the enemy, the safer you’ll be, so make sure every shot counts. 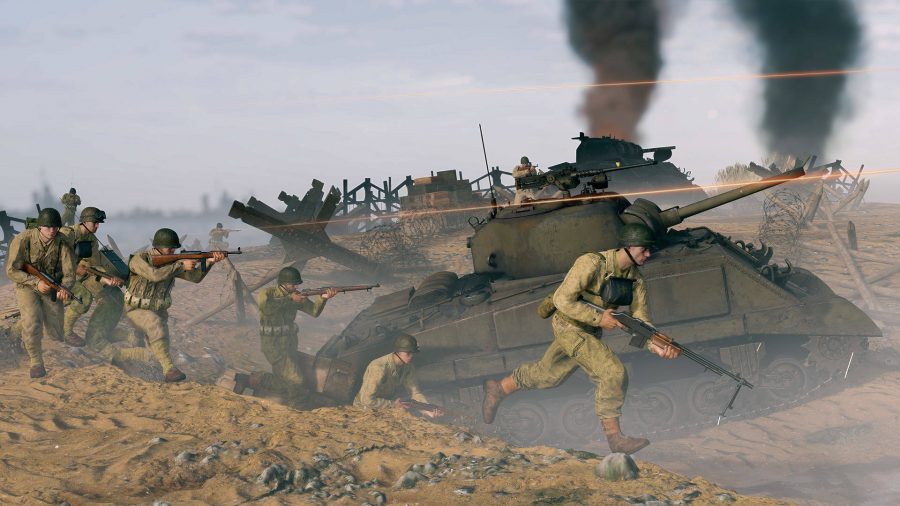 When the battlefield is clear of enemy tanks, or you’ve come across some easy pickings, use your top machine gun to pick off enemy infantry. Its high rate of fire lets you clear squads quickly, and nab them before they have a chance to run for cover. Watch out for overheating, however, and fire in short bursts.

If you do try to clear infantry squads with your main gun, switch to HE shells. Their larger area of effect is better suited to dealing with groups of enemies that are moving quickly. As always, it’s better to wait for the perfect shot with your cannon, rather than take a gamble, and curse yourself, as the enemy flees during your long reload time. 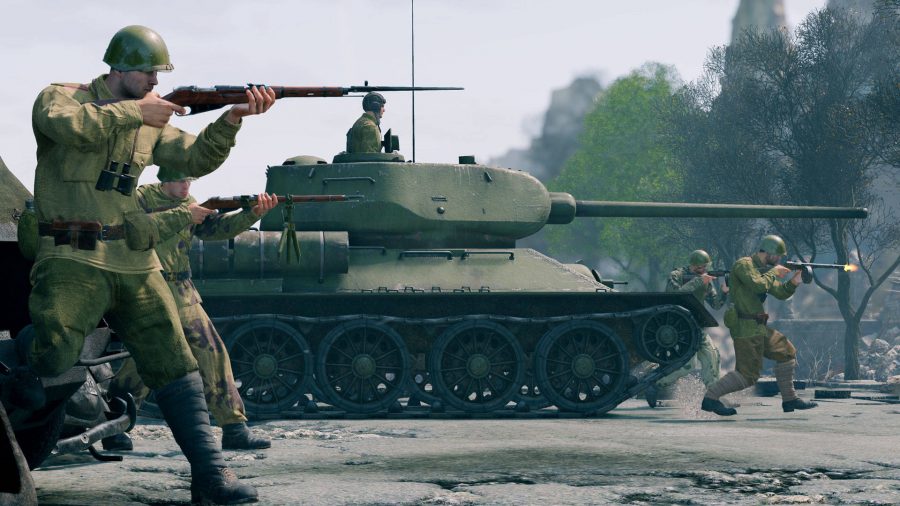 You could do little worse than drive your tank into a narrow street full of alleyways for enemy anti-tank crews to hide in. Stay out in the open to ensure no one ambushes you, and if you do detect an enemy force approaching, make sure you have a clear path for retreat.

When you’re out in the open, however, make sure you keep driving. Don’t be a sitting duck waiting for an enemy rocket. Patrol the area, looking for opposing forces and suppressing their advance.