What are the best free strategy games to play in 2022? Well, you know what, playing only free card games or free war games is a good strategy for saving money, so your mind is obviously well-built for these kinds of challenges. We’ve got a bunch of awesome game suggestions for you,  so buckle yourself up, and prepare to discover your new favourite.

The best free strategy games can often stand as tall as the games you pay for these days. Just because a game is free-to-play, doesn’t mean that it is also free from quality. Indeed, this list has entries from really well-known and respected strategy IPs in it, such as Magic: The Gathering and Fire Emblem.

But we’ve not just gone for the big names – oh no. It is also our humblest of hopes that we can introduce you to some cracking strategy games that you may have never heard of before – games which haven’t had as much opportunity to stand in the spotlight as some of their brethren.

The best free strategy games are: 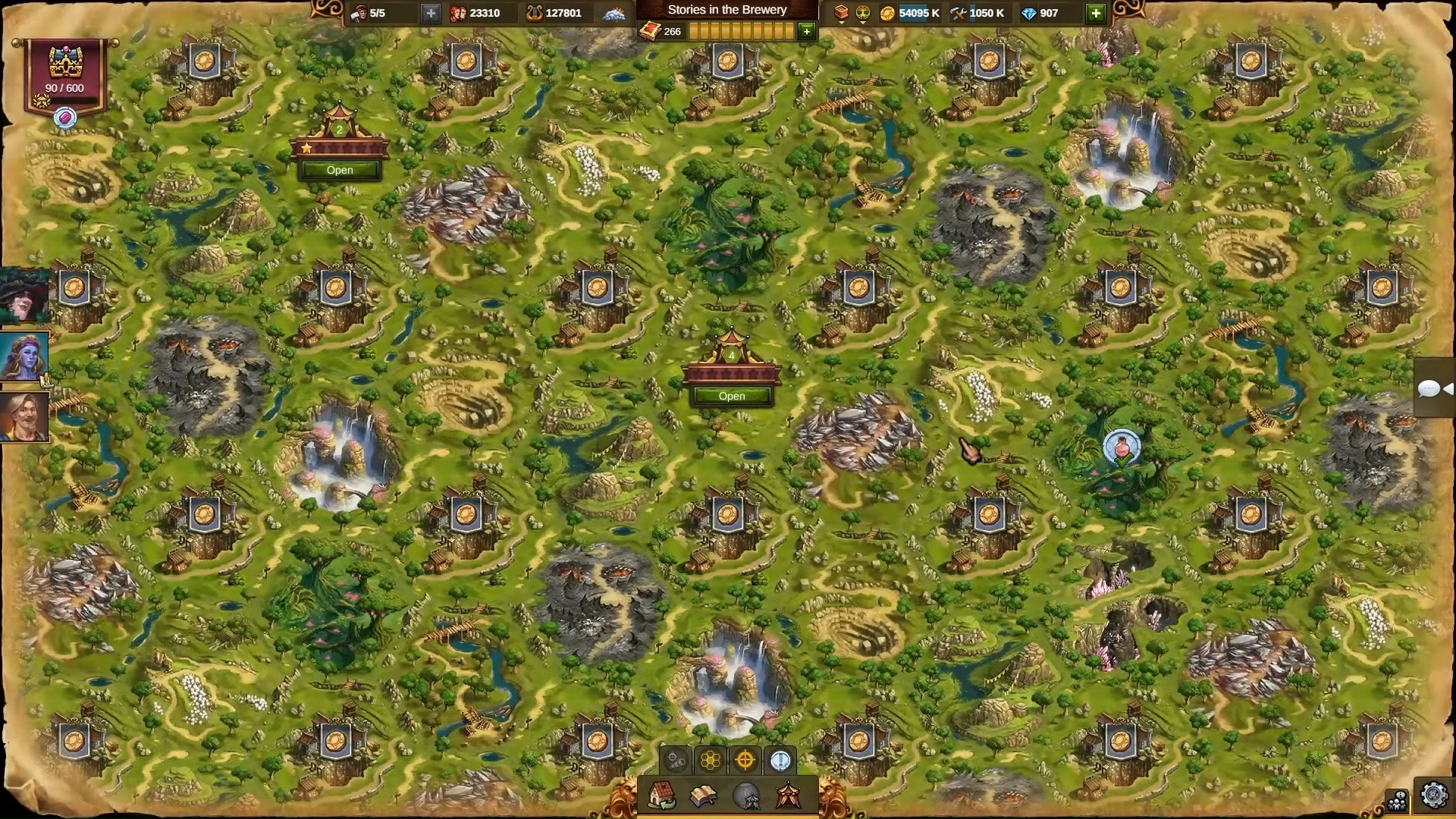 If you’ve ever wanted to build your own kingdom within a fantasy world, then Elvenar is a game you should download right away. When you start playing this game, you’re given a choice: do you want to play as an elf or a human? Choosing the elves will give you a chance to cultivate a civilisation which maintains a strong connection to nature, while the humans will do what humans do best – produce goods.

Watching your kingdom grow can be very rewarding, and the game scratches that strategy itch in two very distinctive ways. On the one hand, there’s the strategy inherent in any game based around city-building, and on the other, you’ll sometimes clash with others in the world, turning it into a turn-based strategy game. 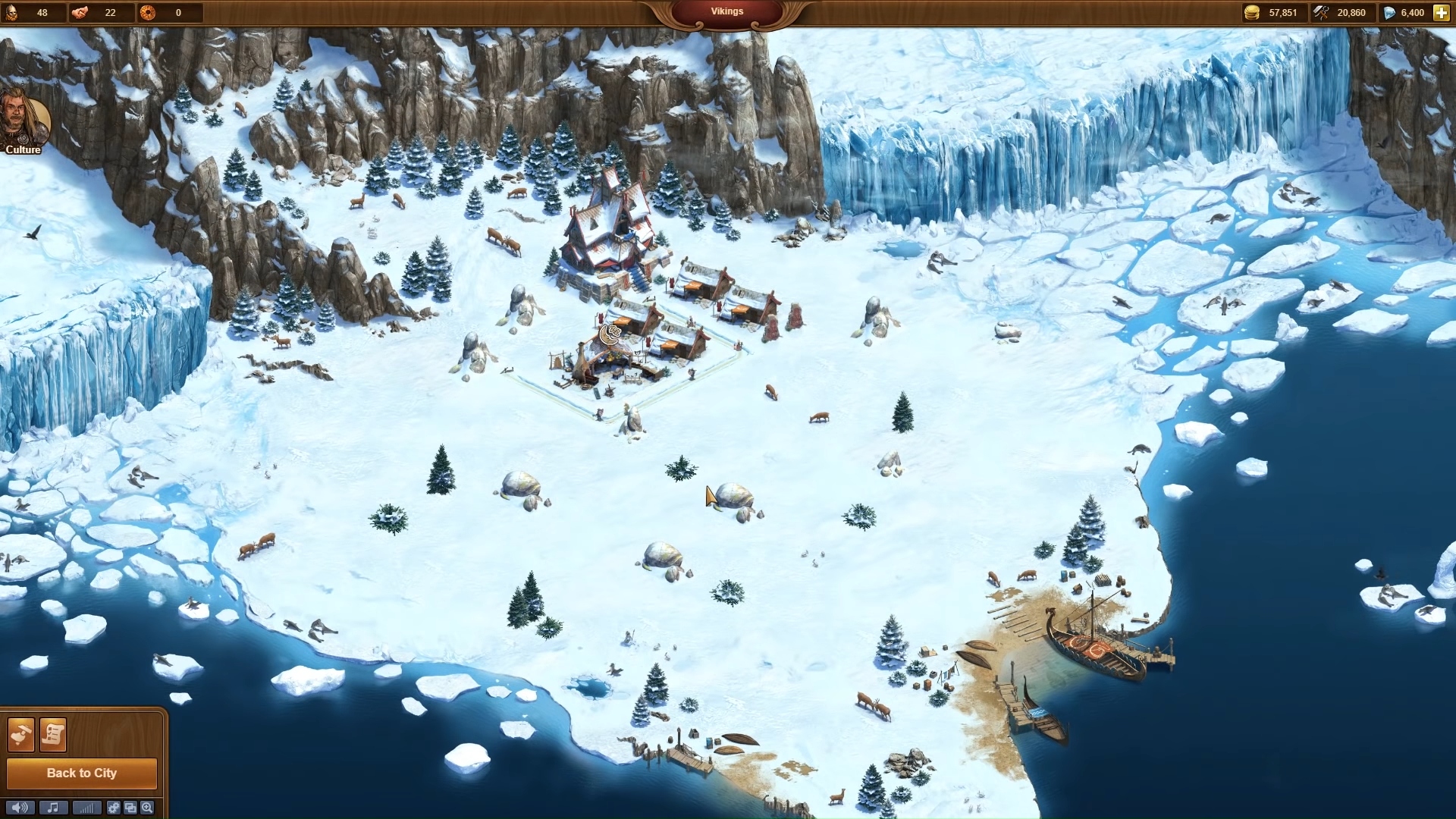 Did you find yourself reading about Elvenar and thinking to yourself, ‘as much as that sounds like a fun idea, I wish that it was more rooted in reality’? Because if you did, then you may want to give Forge of Empires a look. It’s another game from the same developer, but one that is more firmly planted in real-world history.

In Forge of Empires, you start by creating the most basic of settlements back in the Stone Age, but the more you play, the more time passes by in-game – and you find your settlement changing, growing, and evolving as the real eras of history pass you by. Before you know it, you’ll find that you’ve passed through into the Early Middle Ages, then a little later, it’s the Industrial Age. Time waits for no one, and Forge of Empires even lets you reach into the distant future for a glimpse of what tomorrow’s civilisations might look like.

Play Forge of Empires for free. 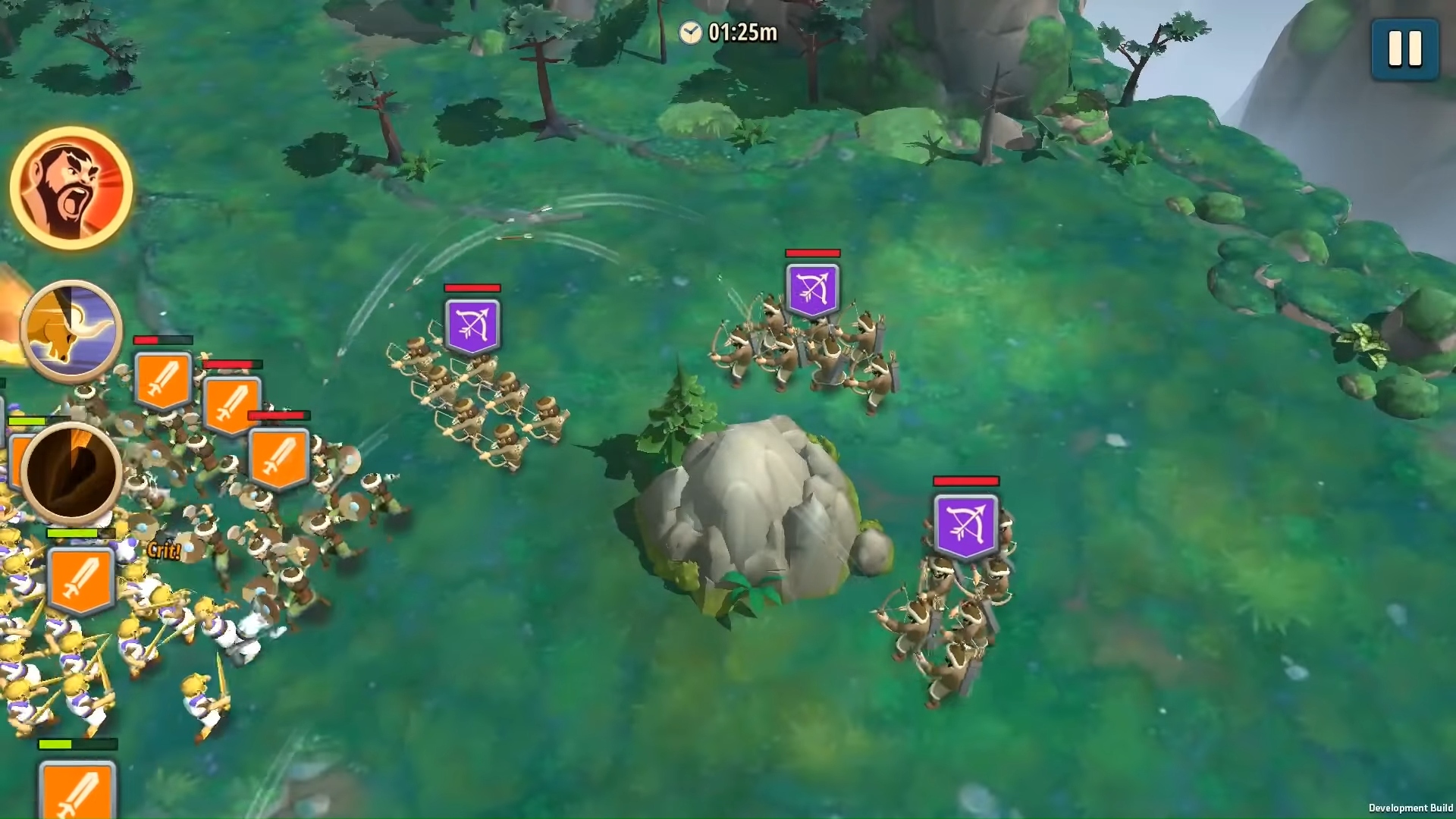 Guess what? This game was also developed by Innogames (the developer behind Elvenar and Forge of Empires) – but we’ll move onto other developers in a moment, we promise. Like Forge of Empires, Rise of Cultures is a strategy game that sees you developing your own civilisation within human history – so what sets it apart from the earlier game?

Well, anyone who plays Rise of Cultures will immediately see that it uses actual 3D models for everything, unlike the sprite-based art style of Forge of Empires. However, beyond mere aesthetics, this is a game where you have to keep your people happy – they are the backbone that holds up your entire kingdom, so it’s important to make sure that they have good living conditions, opportunities to rest, and sources of recreation. It’s a fascinating, human-centric approach to strategy.

Play Rise of Cultures on Android for free.

Play Rise of Cultures on iOS for free. 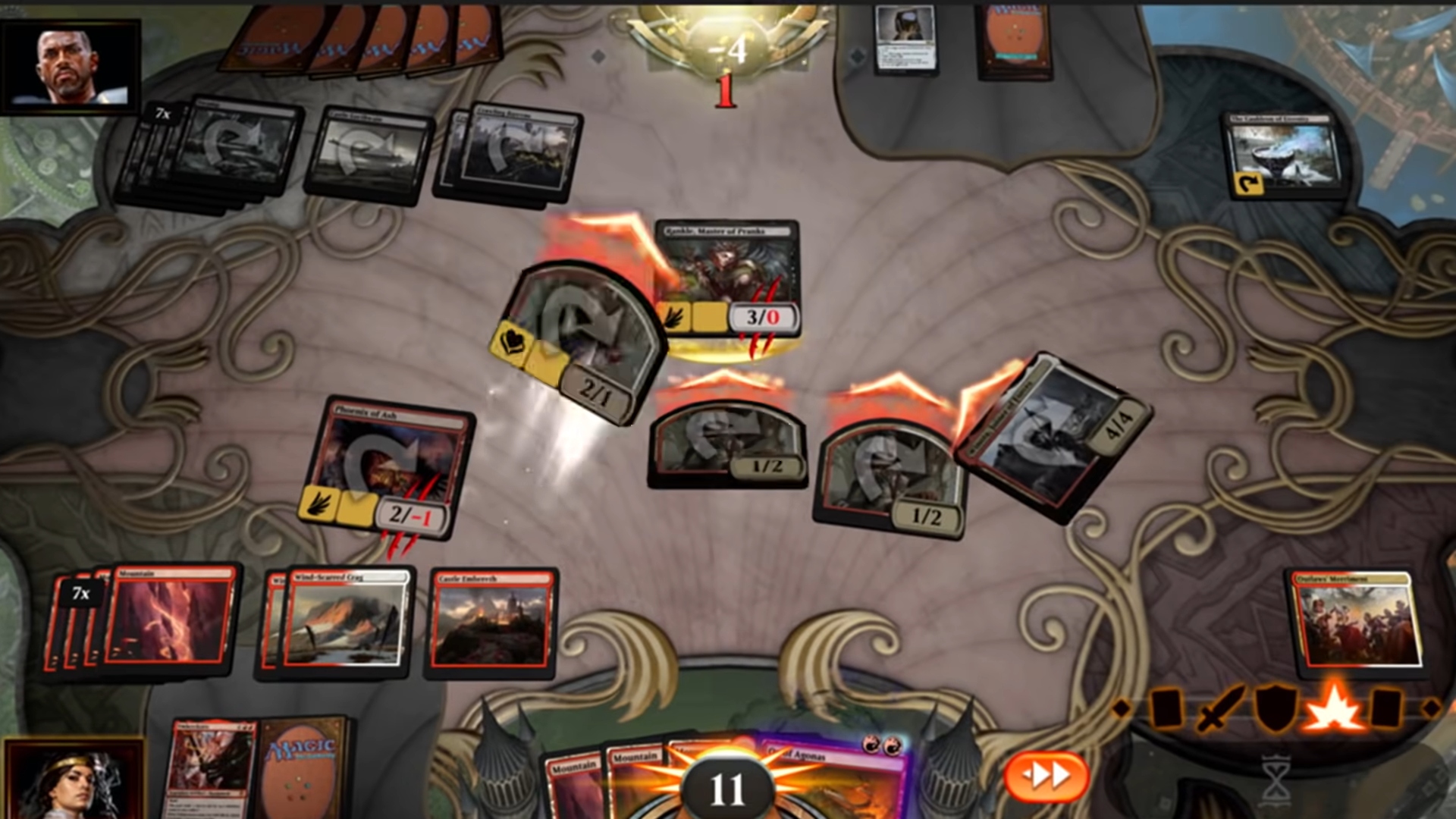 It’s time to talk about a very different type of strategy game. Magic: The Gathering has cemented itself as one of the best trading card games of all time. With the release of Magic: The Gathering Arena, this classic game has started to gain some prominence within the digital gaming sphere as well. Even if you don’t know how to play Magic: The Gathering, this could be a good place for you to start.

Essentially, it just gives you an opportunity to play Magic: The Gathering on your PC, Mac, mobile, or tablet. With options to play against computer players or human beings, it manages to capture all of the fun of this nuanced and strategic card game (with tutorials for newcomers). Plus, if you love the collecting angle of trading card games, that’s still there too – the more you play, the more cards you can unlock for your collection. 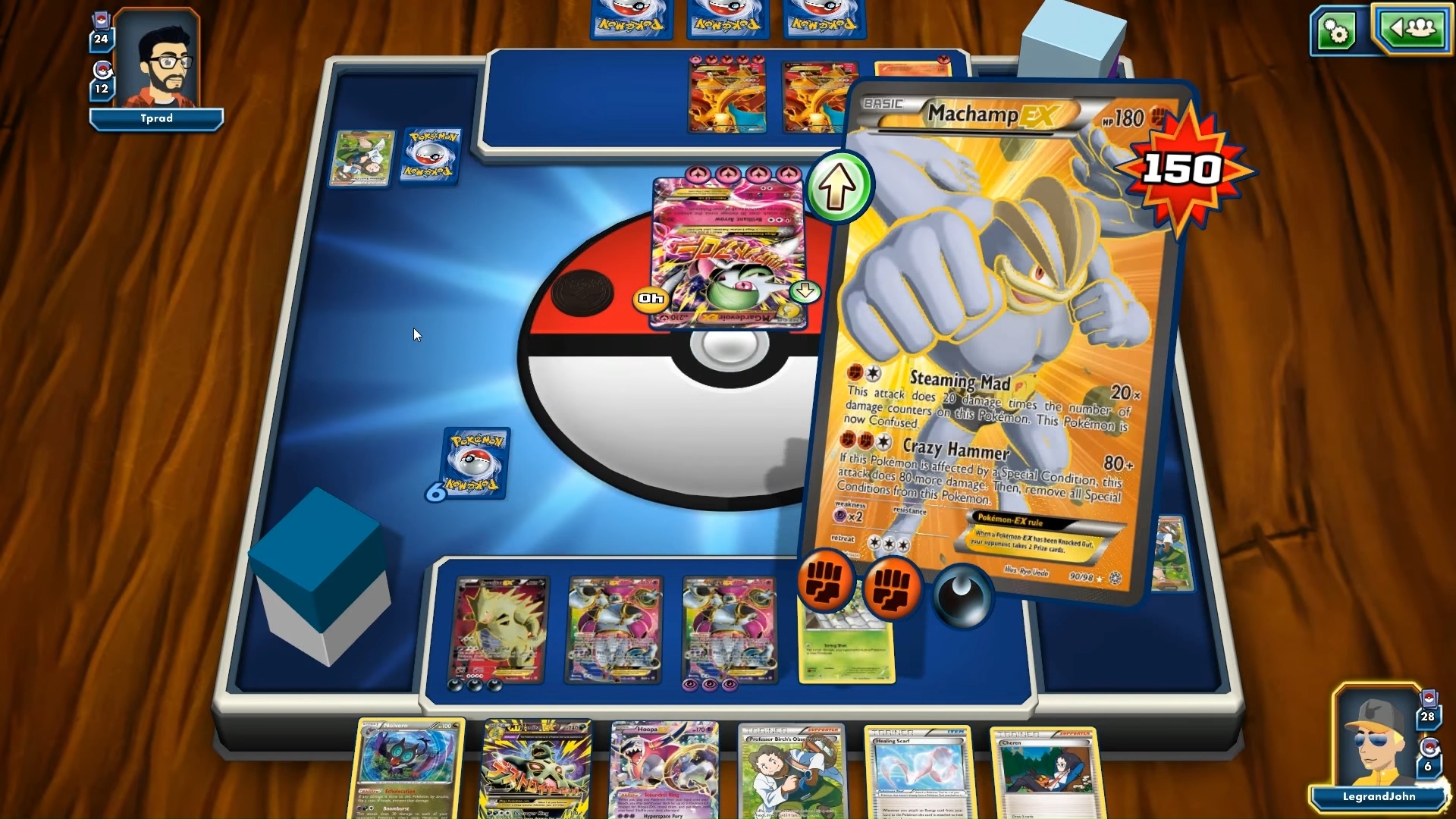 From one trading card game to another, Pokémon TCG Online offers a very similar sort of experience to Magic: The Gathering Arena, except, of course, that it focuses on the iconic Pocket Monsters. Back in 2000, there was a Game Boy Colour version of the Pokémon Trading Card Game, and we’ve come a long way since then.

While it may lack the Game Boy Colour game’s overworld, it’s been regularly updated with new cards for you to unlock since 2011.  How many Pokémon are there? A lot. So that generates huge amounts of variety for every game. On top of that, being able to play Pokémon TCG online against friends and strangers makes this well worth a download. If you’re someone who wants to revisit the childhood joy of Pokémon TCG, with the adult perspective of actually being able to appreciate the nuance and strategy in the game, then we recommend you download Pokémon TCG Online today. 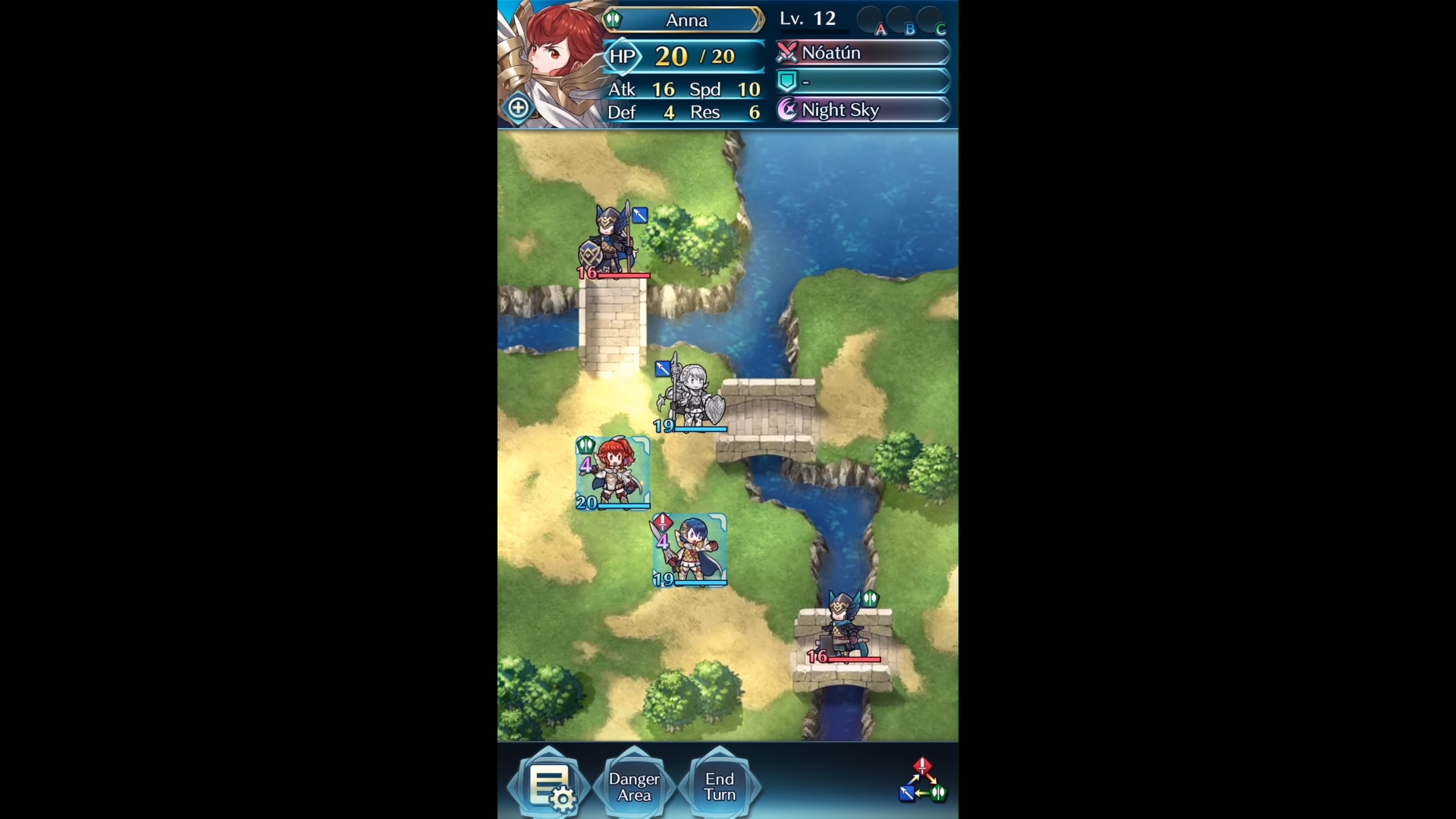 Would you look at that, it’s another Nintendo IP. For years, the Fire Emblem series has provided turn-based strategy experiences that are both challenging and engaging. Fire Emblem Heroes translates that onto mobile platforms, with turn-based battles that unfold on a grid no bigger than the size of your phone screen.

On the board: The best strategy board games

Though the scale of the battles may be smaller, that doesn’t mean that there’s any less strategic thought needed. Indeed, many have compared the gameplay to solving chess problems, and we think that’s a wonderful comparison. In addition to the top notch gameplay, this game boasts an enormous cast of characters hailing from every instalment in the series (including the Japanese exclusives), with chances to unlock more regularly as you progress through the story. 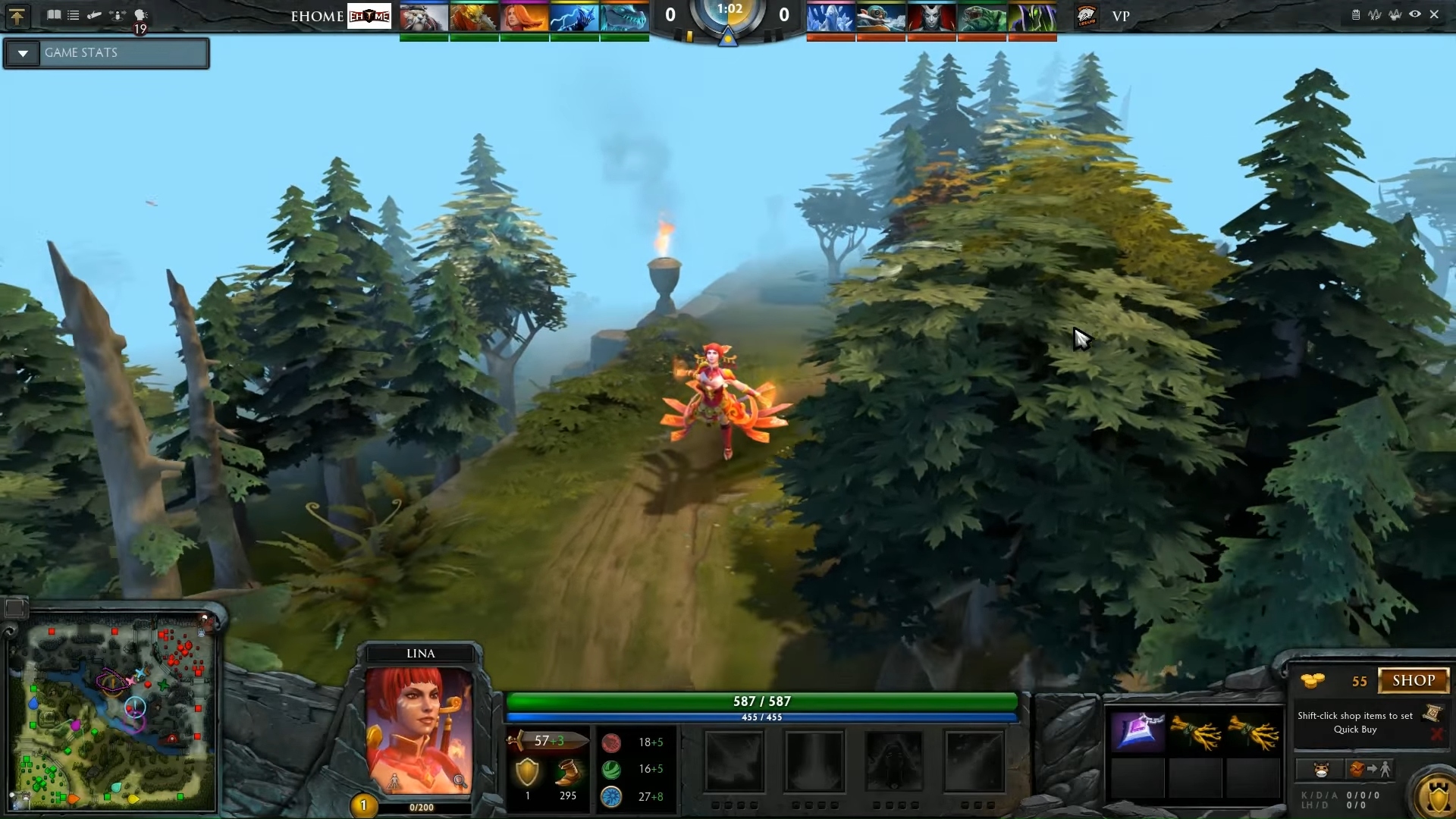 Here we have a game that should need no introduction. Just in case you’ve never heard of it, here we go: based on the community-created Warcraft III mod, Defence of the Ancients, Dota 2 is a real-time strategy game that pits two teams against each other as they each try to destroy each others’ ‘ancient’ structure. With a huge selection of hero characters to choose from, there are many different ways to play, and each game can be very different.

Keep it civil: These are the best Civil War games

It’s a simple premise, but one that has attracted an enormous number of players, to the extent that it is now one of the biggest games in the e-sport scene. If you’re after a strategy game that you can really sink your teeth into, with a vast pool of players to test your mettle against, then you should download Dota 2 today. 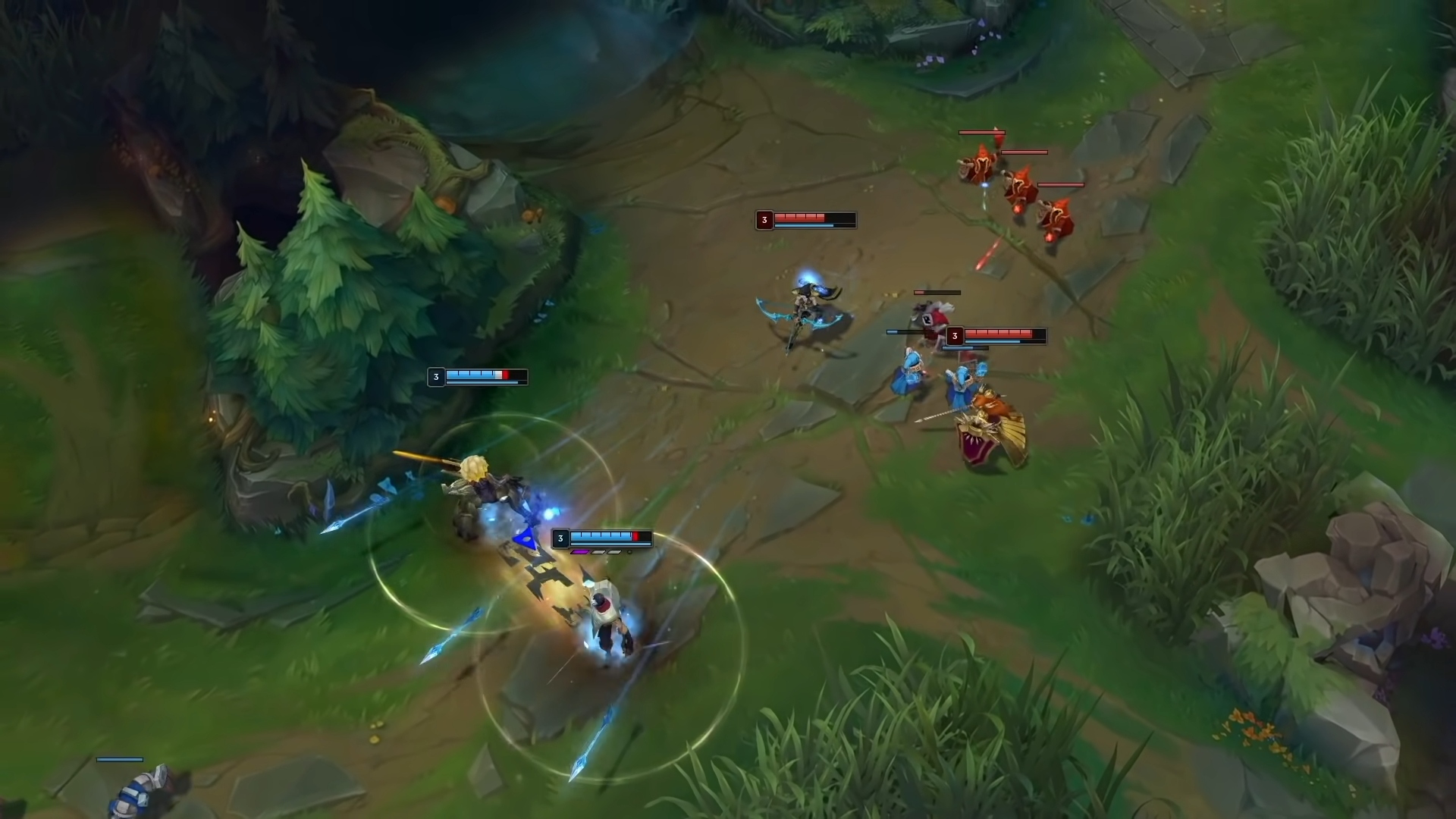 We can’t mention Dota 2 without mentioning League of Legends – they’re opposite sides of the same MOBA coin. Also drawing its inspiration from the original Defence of the Ancients Warcraft III mod, League of Legends has over 157 playable champions, each with their own unique set of skills.

So how’s it different from Dota 2? Well, for one thing, the maps are smaller and the matches are shorter, but also, League of Legends places a stronger focus on the different roles of each champion. This means that you have to think about your function within the team you’re playing on, and prompts a slightly higher level of strategic thinking. Some people are going to prefer Dota 2, some people are going to prefer League of Legends – the only way you’ll find out which one suits you is by playing both.

Aim high: These are the best tactical shooters

So those are the best free strategy games to play in 2022. Have you played any of them before? Are you eagerly downloading any of them based on our recommendation? We hope that you have been able to introduce you to a new favourite.

Read our guides on the best strategy board games and the best free war games for some more gaming recommendations.