Turn-based games are the sort of strategy game that you can really sink your teeth into. There’s no need to worry about actions per minute, to force yourself to keep up a relentless flurry of clicks and button presses, to break a sweat trying to remember your hotkeys. You can take your time. Plan things out. Consider.

There’s something extremely compelling about setting up the perfect strategy, clicking the ‘end turn’ button and watching to see what the AI makes of your move. The best turn-based games have incredible gameplay loops. They’re the kind of experience that can instil ‘one more turn syndrome’, that state of clicking through turn after turn, gripped by a brilliant turn-based strategy game, which can devour entire weekends whole.

There are a massive range of turn-based games available for PC, covering all different kinds of strategy subgenre. They range from 4x games, where you’re building a vast empire, to tactics games, where you’re controlling a tight-knit squad. Here we’ve gathered together some of the best turn-based strategy games in existence. We’ve tried to include a good mixture of crowd pleasers and exceptional hidden gems that are well worth trying out.

The best turn-based games of all time are: 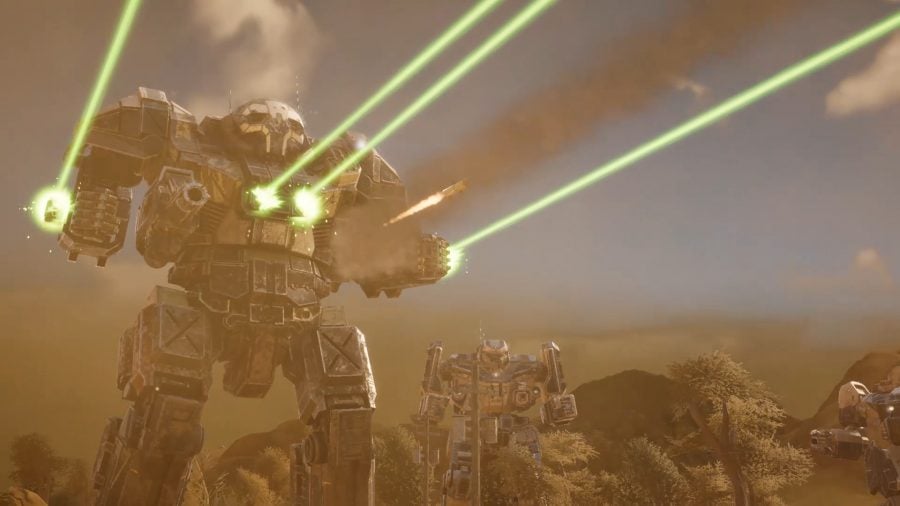 Modelled quite faithfully on the classic tabletop game, Battletech has you leading a troupe of mech piloting mercenaries through a series of giant robot battles. What could be finer? Outside of the battles themselves, tinkering with your own set of fully customizable mechs is a great time, once you get the hang of it.

There’s all sorts to consider once steel meets steel as well – positioning, speed, weather, it all matters. This is not the kind of turn-based game you can brute force your way through, at least once you’ve cleared the first few missions. But Battletech rewards you for patience with a smorgasbord of strategic options. You can strip armour away from afar, get up close and personal for some mecha fisticuffs, incapacitate pilots, or just overheat opposing mechs with flamethrowers

Blowing the legs off an enemy mech, or squashing puny vehicles never gets old, either. 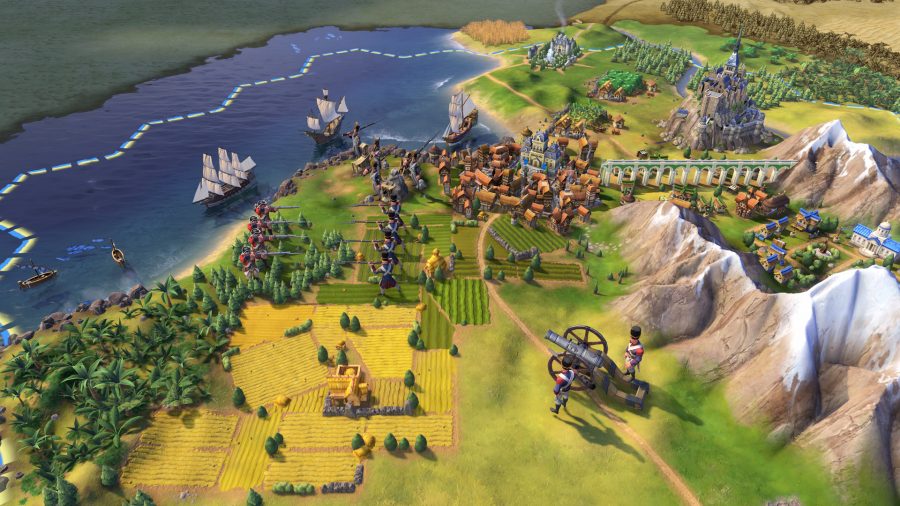 The latest (and perhaps the greatest) entry in the legendary Civilization series. Civilization VI is unquestionably among the best 4x strategy games ever. It doesn’t completely reinvent an already smoothly polished wheel, but does take the series in a new direction, adding a bunch of small but significant changes such as districts, governors, and a more involved research tree.

Bored of PC: The best strategy board games

This is the game series that coined the term ‘one more turn’ and indeed there’s something absolutely enthralling about guiding an entire civilization from cave dwellers to spacefarers. The fact that there’s always a new building or unit about to be built or a technology on the verge of being researched means there’s never an obvious stopping point. These days, with a job and responsibilities, I keep my copy uninstalled, for safety.

The more stylised presentation of Civilization VI compared to other games in the series may not be everyone’s cup of tea, but we dig it. If it’s not for you, then it’s fortunate that Civilization V still very much holds up! 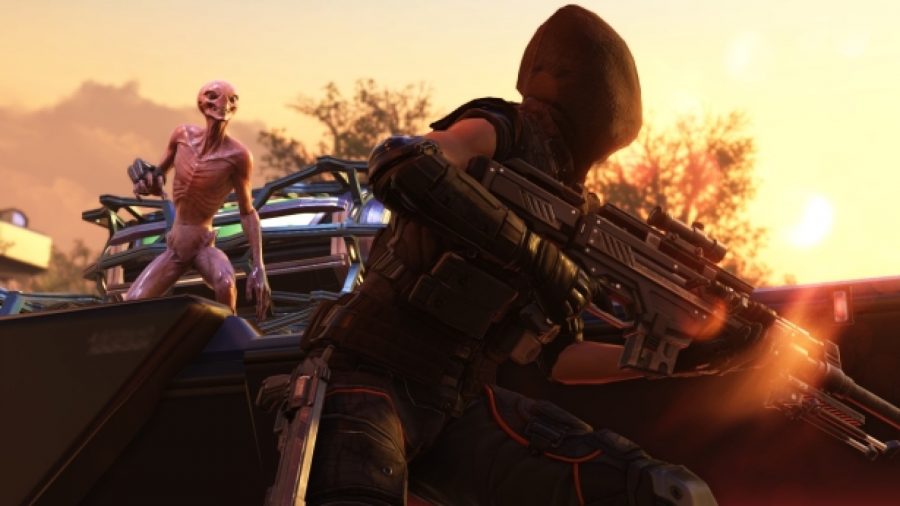 Remakes of older PC game series can go either way, especially when there are major changes to gameplay. But in the case of XCOM, Firaxis did an amazing job reimagining this PC classic.

In XCOM 2, you’re not defending from an alien invasion. The invasion already happened – humanity lost. As a result you’re leading a ragtag resistance team, fighting an already entrenched alien force. This is small-scale strategy at its best. Battles are extraordinarily tense when you know one wrong move could doom a character you’ve spent hours fighting with and gradually upgrading, and which you’ve probably named after your dog.

War of the Chosen deserves a shout out too, as it’s basically XCOM 3, adding a ton of content and extra complexity to the game. 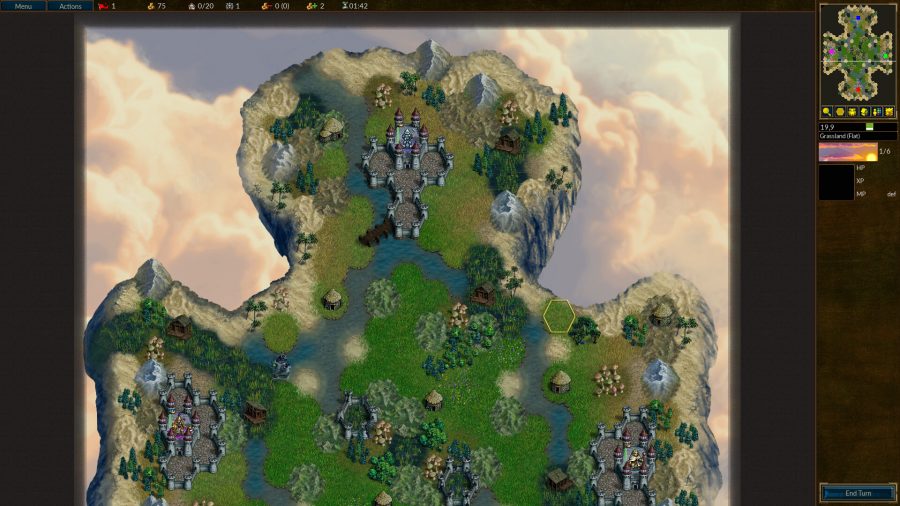 When it comes to free turn-based strategy games, we’re not exactly spoilt for choice. It’s not a genre that easily maps onto a F2P model. But luckily, we’ve got Battle for Wesnoth, which isn’t F2P, it’s just plain old free – obviously even better.

Yep, this fantasy turn-based strategy game is fully open source. There’s hours of great content within, with a ton of different campaigns to try, and loads of unit types to learn. The best part is your units recur throughout your campaigns, so while you’ll fight large scale battles, with units dying left right and centre, you still get the feeling of progression, as the survivors gain XP and upgrade. 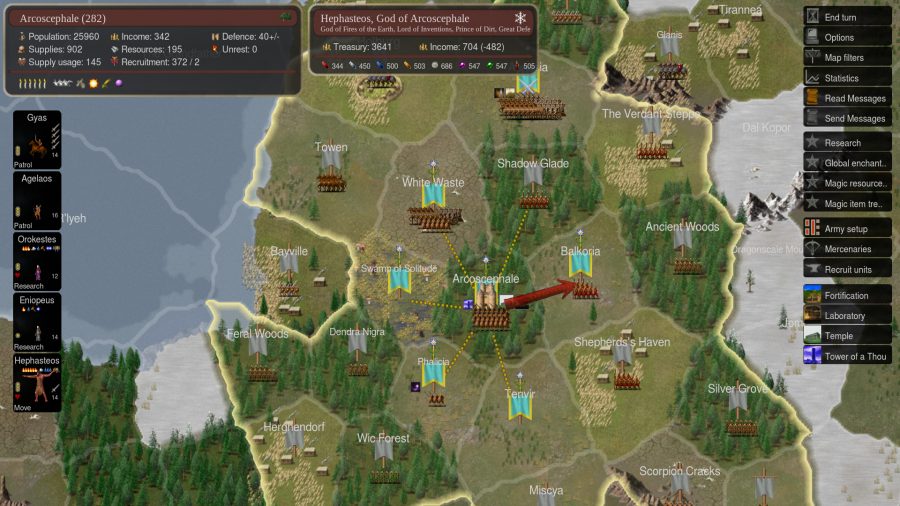 This turn-based game may not be a household name, and you would not guess from its rudimentary graphics that it came out just five short years ago, but Dominions 5 is still among the best turn-based strategy games, thanks to its astounding variety and the sheer scale of its conflicts.

Putting aside the fact that you get to design your own god, Dominions 5 is as much an enormous toybox as it is a turn-based strategy game. Within you’ll find 80 different nations, all based on literature and mythology, 900 spells, and thousands of distinct unit types. Mods expand the roster still further, letting you go to battle with any Warhammer: The Old World faction you care to name, or an army based around clowns.

Where the game really comes into its own is multiplayer, as it’s amazing to see how this massive toy box can be used effectively by a skilled player. There’s all kinds of plays and counterplays to be made. It’s like Rock, paper, scissors, if that game’s name was 3000 words long.