Looking to visit some of the best DnD cities? With more lore and adventurers coming out year by year, Dungeons and Dragons has several multiverses worth of locations for you to visit. However, your party are simple, mortal humanoids with only their two legs to carry them – how many DnD settings could they possibly visit in one campaign? Even with the help of a mount, an airship, or even a gem that grants you the power of multidimensional travel, you couldn’t see everything.

Wherever your campaign leads the party, they’re likely going to come across one of the many D&D cities along the way. Cities are an ideal place to pick up supplies, hear of a quest, or topple a political regime. With so much potential for roleplay, why stick to the country roads?

If you’re looking to cart your player-characters off to a city – but don’t want to lay all the groundwork by yourself – this is the guide for you. We’ve compiled a list of some of the greatest DnD cities, as well as the D&D books you’ll need to bring them to life.

Before we travel too deep into the inner bowels of each urban location, let’s summarise. These are the best DnD cities: 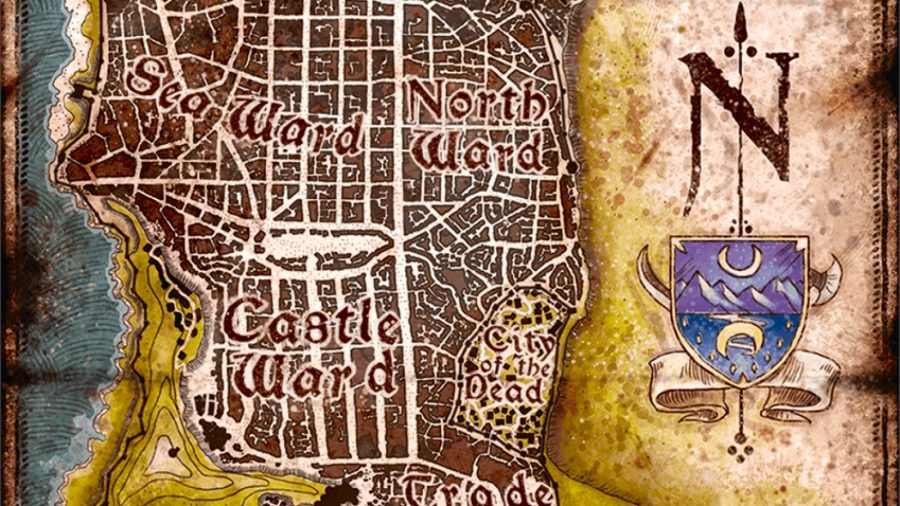 City of Splendors, Crown of the North – Waterdeep goes by many names, but it’s universally known as one of the grandest cities on the Sword Coast. A sprawling commercial hub of artisans and traders (and spies) at the mouth of the Sea of Swords, Waterdeep is influential, cosmopolitan, and huge enough that adventurers could pick up any trade or quest they desired.

Two is better than one: Here’s our D&D 5E multiclassing guide

Though Waterdeep has been a central hub for decades of D&D campaigns, the best place to find information on it in DnD 5E is The Sword Coast Adventurer’s Guide. This provides maps, lore, and character options to help you flesh out a game in the heart of Faerûn. You’ll also find Waterdeep in many D&D adventure books, such as Waterdeep: Dragon Heist and Waterdeep: Dungeon of the Mad Mage. 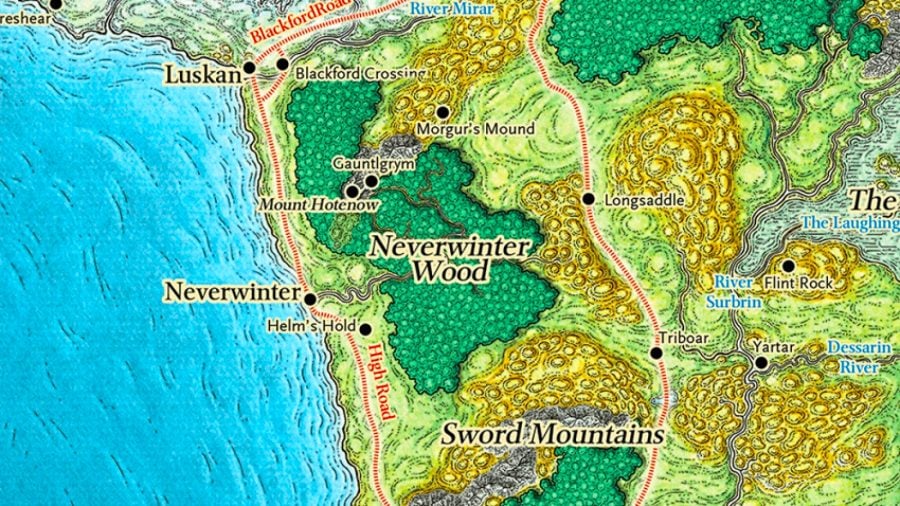 Nestled between Neverwinter Wood and the Sword Mountains, Neverwinter is another Faerûn city that has many established names. Its abundance of skilled craftsfolk has earned it the title City of Skilled Hands, and many refer to it as the Jewel of the North.

Neverwinter was damaged by orc attacks and an erupting volcano

Despite such affectionate nicknames, Neverwinter has seen troubled times in the past. In the past decade, the city was overrun with orc armies, and much of the city was destroyed by a volcanic eruption around 50 years ago. A fraught and damaged version of Neverwinter is only very recent history. After much effort (and spending on the part of Lord Neverember), the city is returning to its former glory.

As Neverwinter is another city on the Sword Coast, you can find all you need to learn about the location in The Sword Coast Adventurer’s Guide. And, again, this is an established city that you’ll encounter in many pre-written D&D adventures. 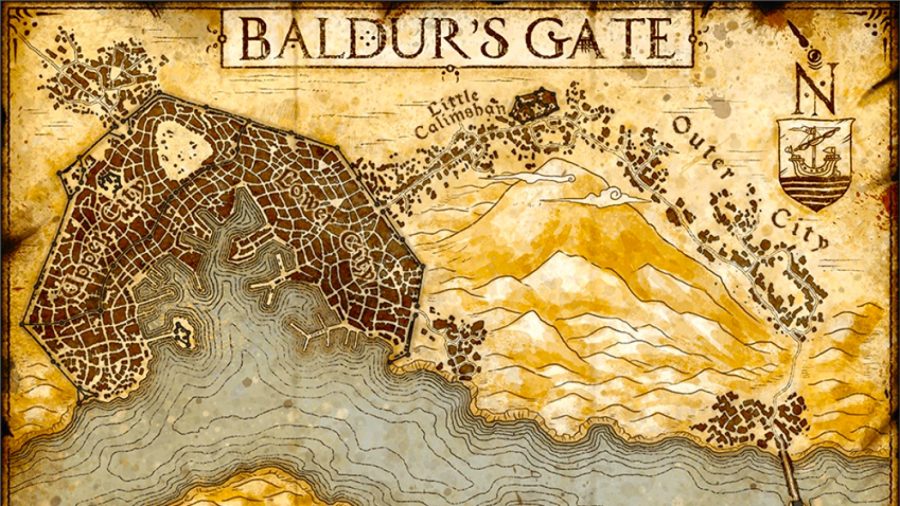 Alright, there’s another Sword Coast city on this list – but Baldur’s Gate is prolific enough to have its own videogame series, so it’s definitely worthy of mention. Baldur’s Gate is a great place for commerce, but it also has a reputation for inequality, treachery, and death. Despite the best efforts of the Watch and the Flaming Fist (who are regularly recruiting adventurers in search of a military career), unexplained killings keep surfacing.

Chart a course: Here’s our guide to making the best DnD maps

While The Sword Coast Adventurer’s Guide is a great place to start reading up on Baldur’s Gate, be sure to check out D&D’s adventure books for more information. Baldur’s Gate: Descent into Avernus uses this city as a core location, for example. 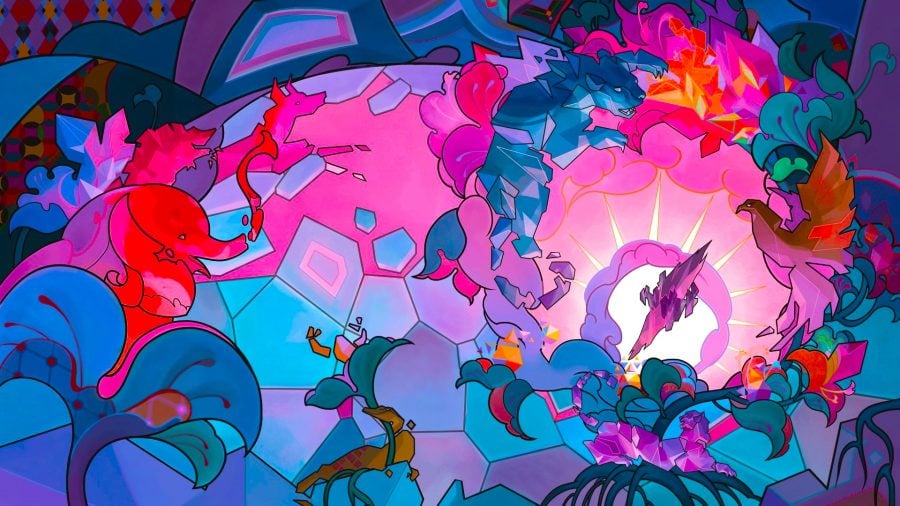 The Radiant Citadel is one of the newest cities introduced to D&D. It was revealed in March 2022 as part of the D&D book Journeys Through the Radiant Citadel. Built from an enormous fossil by a group of great civilisations in a time lost to the ages, The Radiant Citadel floats in the Ethereal Plane, acting as a place of sanctuary and home for its travellers.

Because it’s in the Ethereal Plane, The Radiant Citadel can be travelled to from almost any D&D location using a concord jewel. Journeys Through the Radiant Citadel even includes guidance on how to insert this city seamlessly into your campaign.

Notably, the Radiant Citadel is a place of respite. This means there’s less crime and corruption lurking in its alleys than your average D&D city. However, there is a supermassive ethereal cyclone threatening the city’s safety – so your party may want to handle that if they happen to stop by. 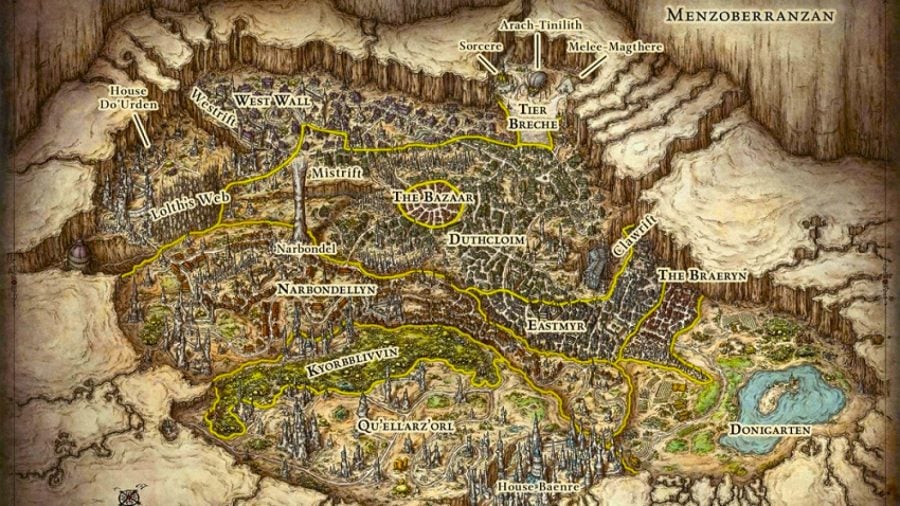 While Waterdeep is the City of Splendors and Neverwinter the City of Skilled Hands, Menzoberranzan is known as the City of Spiders. You can probably guess the grim reputation this Underdark city has from that title alone. A matriarchal drow city that worships the spider goddess Lolth, Menzoberranzan only welcomes non-drow if they arrive as prisoners or slaves.

Roar-some: These are the best DnD dragons

Adventures like Out of the Abyss will give D&D 5E players the tour of Menzoberranzan they’re after, but its themes of slavery, death, and demonic madness mean this isn’t a light-hearted romp for players. More information about Menzoberranzan can also be found in the section on the Realms Below in The Sword Coast Adventurer’s Guide.