Okay, so you’re ready to run your first game of Dungeons and Dragons. You’ve poured over the Dungeon Master’s Guide (or flicked through it, depending on what kind of DM you are). You’ve handpicked your beasties from the Monster Manual, and you’ve got a delightfully wicked Big Bad Evil Guy (BBEG) in mind. But where are you going to put them? After all, you can’t set the plates for dinner if you don’t have a table.

Some dungeon masters create the setting for their DnD campaign from scratch, transforming into storytellers, cartographers, and political historians that would rival Tolkien for thoroughness. Maybe that sounds like an intimidating task for you – or just an awful lot of work. Worry not – if you’re not that way inclined, you can still craft a great game of D&D. The writers at D&D’s publisher, Wizards of the Coast, have created a wealth of different worlds, realms, and continents with which to set the stage.

If you’re a fan of D&D 5E, you may already be familiar with the Forgotten Realms, or D&D cities like Waterdeep. But there’s so much more out there to explore than this. To help you plot a path, we’ve compiled a list of the best DnD settings available right now – as well as where to find their rules, histories, and inhabitants in the DnD sourcebooks.

Before we journey the paths of each setting in more detail, here’s a brief summary. These are the best DnD settings: 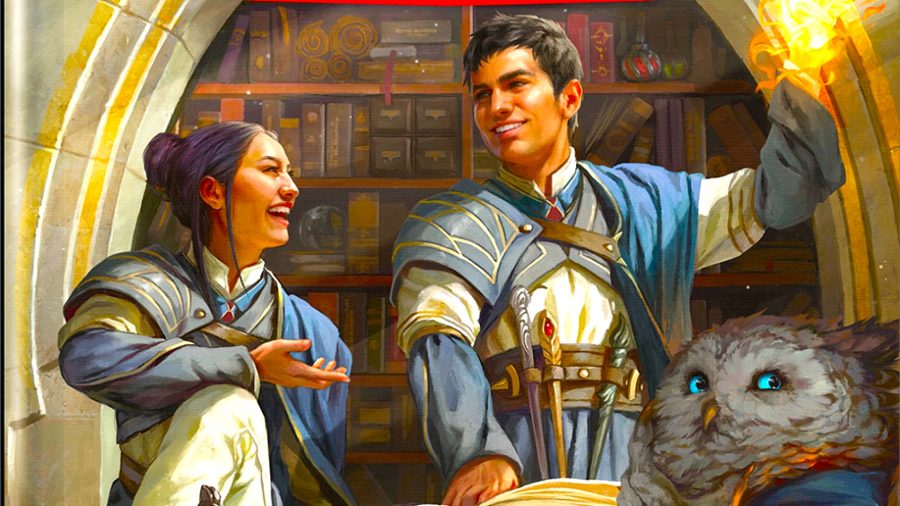 Originally a setting in Wizards’ fantasy trading card game Magic: the Gathering, Strixhaven is a magical university that prides itself on being the top magical institution in the world. And while the ‘world’ referred to in the MtG version of Strixhaven is Arcavios, in D&D Strixhaven can be seamlessly inserted into any existing campaign world.

Holy hell: These are the best DnD gods

While quite a small setting compared to some other entries in this guide, Strixhaven makes up for its lack of grandeur with unique setting mechanics. The D&D sourcebook Strixhaven: Curriculum of Chaos assumes that your party members are all students – which means you’ll need to attend classes, study for exams, and bow to the will of the faculty. Of course, you could always homebrew your way out of flunking alchemy studies, but part of Strixhaven’s charm is its Harry Potter feel. 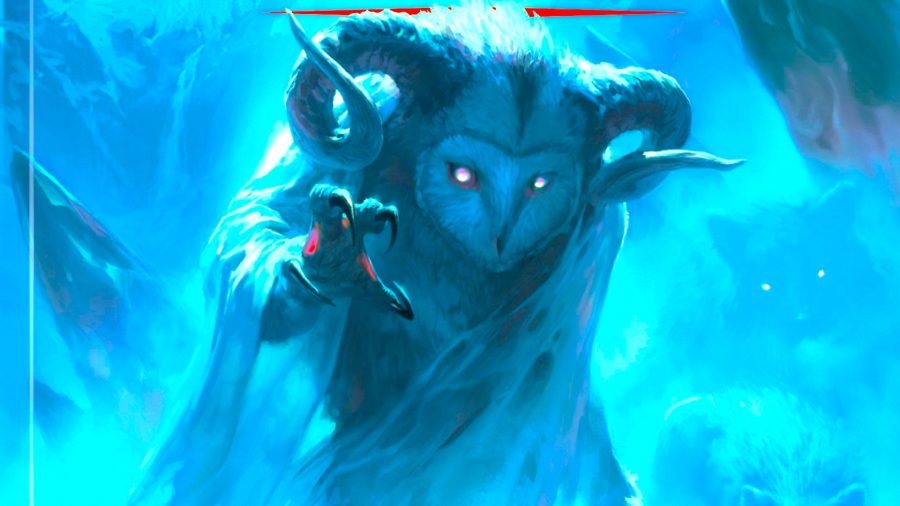 Far to the North in the Forgotten Realms lies Icewind Dale, an arctic tundra known for its bitter winds and frozen storms. Few visit these harsh climes, and even fewer live there – only fortune-seeking wizards and the toughest barbarians journey this far through the cold.

In Icewind Dale, the sun hasn’t risen for over two years

Aside from the adventure’s plot, Icewind Dale: Rime of the Frostmaiden gives you everything you need to treat Icewind Dale as its own, standalone setting. With rules for creating avalanches, blizzards, and even fishing for Knucklehead Trout, your players will be fully equipped for a successful arctic mission – or getting lost in the snow, Lawrence-Oates-style. 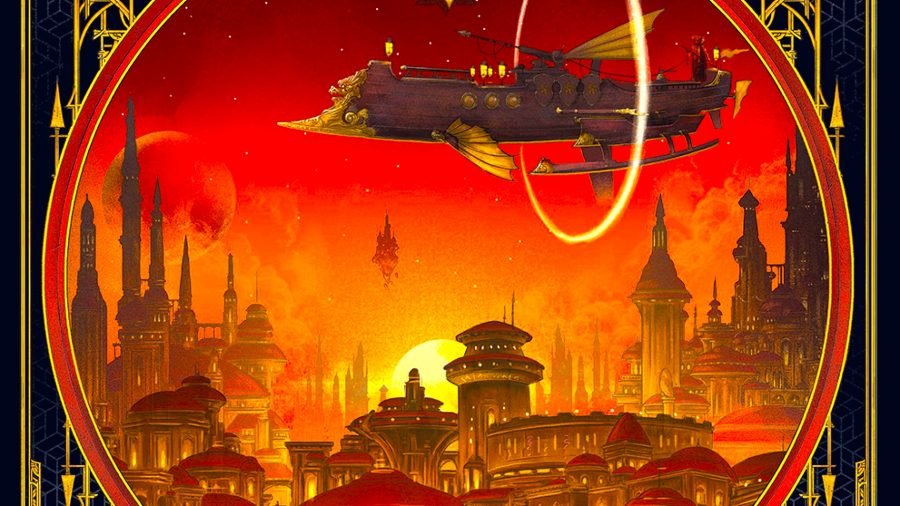 Eberron is a world of everyday magic that spans seven continents, all politically transformed by the aftermath of The Last War. Low-level magic flourishes, powering everything from floating airships to lanterns in the street. And the influence of the gods is far murkier than in the Forgotten Realms – meaning character alignments may not be what you’d expect without clear divine will.

Strange Magic: Check out this guide to the best DnD 5E magic items

A fantasy realm submitted to a 2002 competition searching for new D&D settings, Eberron has proven one of the most popular alternatives to the commonly-used Forgotten Realms in D&D 5E. Pulp fiction (the genre, not the movie) style adventures and noir mysteries flourish in this setting, and the sourcebook Eberron: Rising from the Last War contains everything you need to step into the continent of Khorvaire and beyond. 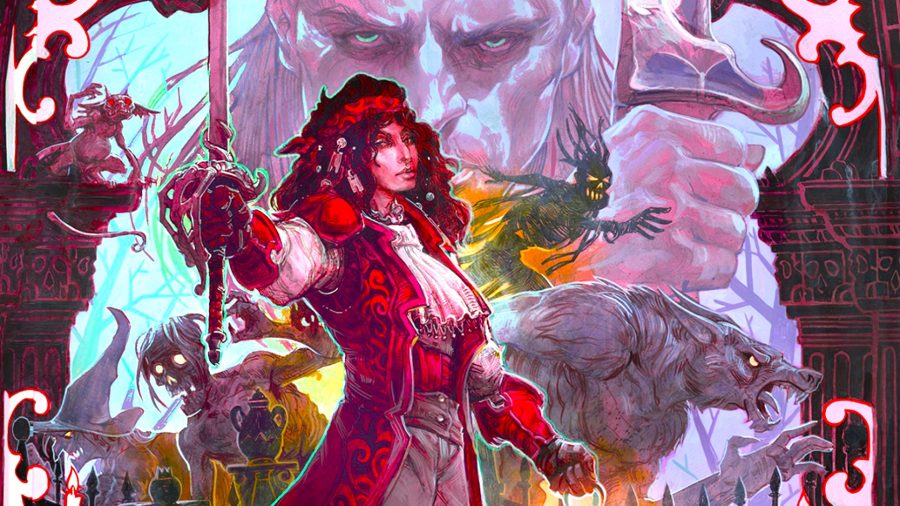 Out in the Demiplane of Shadow, the Domains of Dread stand, each realm a prison of terrors surrounded by swirling mists. Ravenloft is D&D’s answer to Gothic horror, with several of the realm’s ruling Darklords standing in for classic monsters – Viktra Mordenheim of the domain Lamordia is an easy supplement for Victor Frankenstein, while Barovia’s Strahd von Zarovich is a vampiric lord not unlike Count Dracula.

Strahd is the first Darklord from Ravenloft - a vampire like Dracula

The sourcebook Van Richten’s Guide to Ravenloft has everything a DM should need to run a truly horrific adventure in this realm. As well as detailing each Darklord and their domain in Ravenloft, the sourcebook also guides you through creating a domain and Darklord of your own based on some corner of the horror genre. There’s also some detail on character creation here – after all, every horror needs a hero.

If you’re looking to dive even deeper into The Mists that surround Ravenloft, the Curse of Strahd adventure is the next place to go. Strahd resides in Castle Ravenloft (which gives the realm its name), and he was the first Darklord dreamed up way back in 1978, so it makes sense for him to get his own, fully-fledged D&D adventure.

For more information on this setting, check out our guide to Ravenloft. 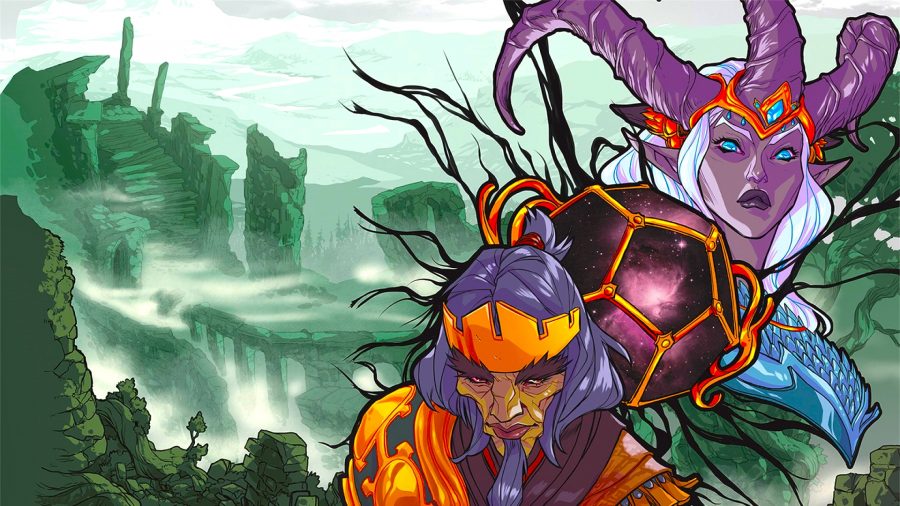 One of D&D’s newer settings, Exandria’s rise to fame has been more than a little helped by the fact it’s the setting of the massive actual-play series Critical Role. Exandria is a world on a material plane with five continents – the most well-known of these being Wildemount, which has a D&D sourcebook dedicated to it especially. With Wildemount being a melting pot of empires, republics, and tribes all by itself, Exandria is ripe for political roleplay alongside fantasy adventuring. Explorer’s Guide to Wildemount also offers a range of new races, subclasses, and monsters to populate Exandria – as well as future D&D campaigns in other settings.

Lead the way: these are the best DnD maps and mapmakers

While Explorer’s Guide to Wildemount focuses on just one continent in Exandria, you can take a wider look at Matt Mercer’s lovingly crafted world in the new Critical Role adventure book, Call of the Netherdeep. Here you can learn more about Exandria’s history and other notable locations – plus try out an adventure designed with Exandria in mind. 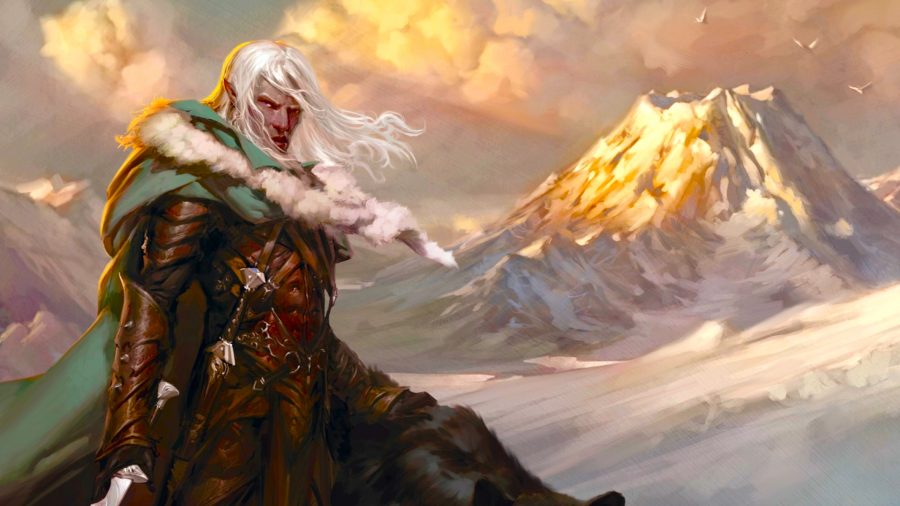 Considering Greyhawk started out as a simple dungeon designed for D&D creator Gary Gygax’s children, this DnD setting has come a long way. Greyhawk isn’t merely an entire world of its own, separate from The Forgotten Realms – it’s also an iconic name that’s become synonymous with the earlier editions of D&D.

The Greyhawk setting focuses on the planet Oerth, and official D&D publications over the years have predominantly focused on the continent of Oerik, as well as the Free City of Greyhawk, from which the setting takes its name. It’s worth noting that Greyhawk is surprisingly human for a D&D setting. Some of its known maps closely resemble certain parts of Earth, and a lot of attention is paid to different human groups. Your standard elves and orcs are still present in Greyhawk, of course, but they’re limited to specific regions.

There isn’t currently a 5E book dedicated to Greyhawk (though Wizards keeps teasing some new takes on classic D&D content in future). However, you’ll find a section in the appendix of many sourcebooks that shows you how to adapt content to other D&D worlds. For example, Princes of the Apocalypse can be adapted to the Greyhawk setting, while the Sword Coast Adventurer’s Guide has tips for adapting classes to Greyhawk. 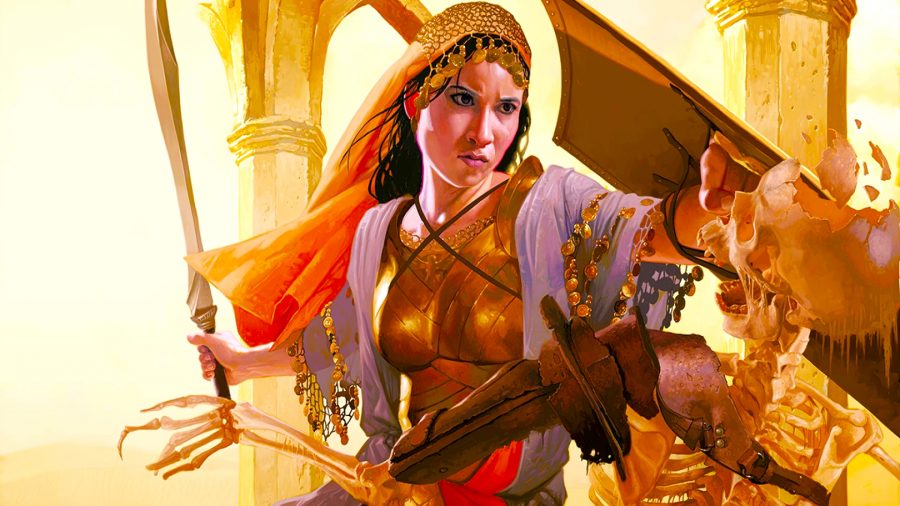 A lot of classic post-apocalyptic films came out in the 1990s – The Matrix, The Fifth Element, and (sadly) even Waterworld. And while there were no new Mad Max films this decade, Dark Sun brought D&D to a post-apocalyptic desert setting in 1991. This is a barren wasteland where magic is feared for its dangerous potential, and surviving at all is adventure enough for most player-characters.

When stars (and dice) align: Here’s a guide to DnD alignments

This is another D&D setting that’s considered a beloved classic by many, but there’s not a whole lot of official Dark Sun content in D&D 5E. However, you can also find ways to adapt 5E content to the Dark Sun setting, such as in the Sword Coast Adventurer’s Guide.