DnD alignments have been around ever since the earliest versions of Dungeons and Dragons, and Fifth Edition is no exception. In 5E DnD, alignments serve as a general description of a creature’s moral beliefs and attitudes. They’re a set of basic rules which loosely determine how a character will interact with their environment, and with other people.

DnD alignments are a combination of two factors. How Good or Evil a character is, on the one hand, and how Lawful or Chaotic they are, on the other. There are nine different alignments in total, and selecting one can be one of the most important decisions you make during character creation.

You don’t have to use D&D alignments to play Dungeons and Dragons, but it helps… For players, D&D alignments can make a great role playing aid, providing a handy guide to staying true to your character. If you’re ever unsure how your character would react in a certain situation, it’s useful to be able to fall back on your alignment and think: ‘What would be a Chaotic Good thing to do here?’

Meanwhile, for DMs, alignment can be a lifesaver when running D&D monsters and NPCs, helping you envisage how they will act and how they’ll react to unexpected actions from the PCs. And as any Dungeon Master worth their salt will know, the only thing you can expect from players is the unexpected.

A D&D alignment should be thought of as a guideline,  not a strict rule. Though D&D memes can be found using Alignment charts to sort absolutely everyone and everything into nine categories, real people can’t be summed up so easily. People are often inconsistent, and motivations are often murky. What this means is you should never feel hemmed in or restricted by your character’s alignment, it should merely be a useful tool. 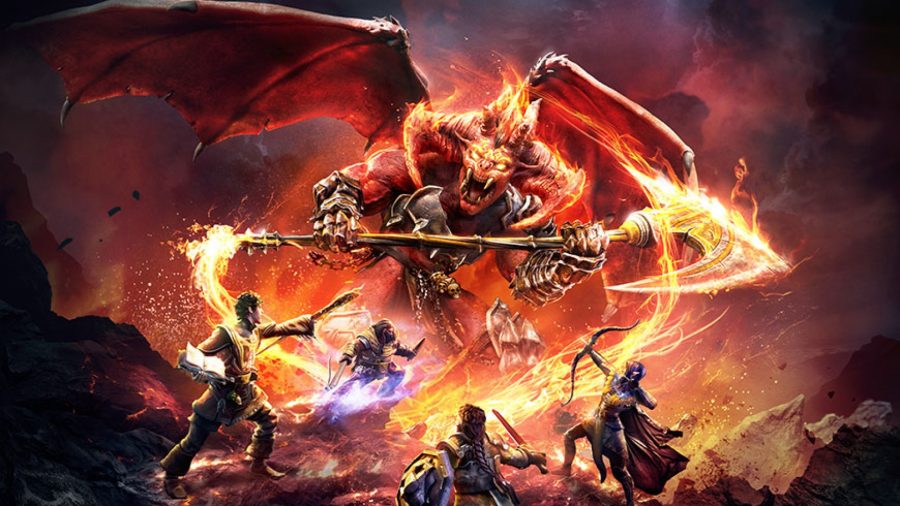 Good characters care about other people, will try to help those in need, and are often self-sacrificing. In contrast, Evil characters prioritise their own wellbeing, and will often perform actions that benefit themselves even if (or sometimes especially if) it causes harm to other people.

A world above: A guide to D&D planes

That probably wasn’t radically surprising to you. Hopefully you already have some internal idea of what good and evil means, so there’s no need to unpack it any further. This is a D&D guide, not a moral philosophy lesson.

Lawful and Chaotic are less ubiquitous terms, but still fairly self-explanatory. Lawful characters are naturally rule-abiding, and typically work within the rules of society to achieve their aims. They will hold concepts of honour or tradition in high esteem, respect authority figures, and keep a promise

Chaotic characters on the other hand, listen to their conscience over what society tells them to do, valuing a personal code over whatever may be written down on paper. They may seem rebellious, and tend to be more flexible than Lawful characters. They’ll value personal freedoms highly, and won’t care about rank or title. 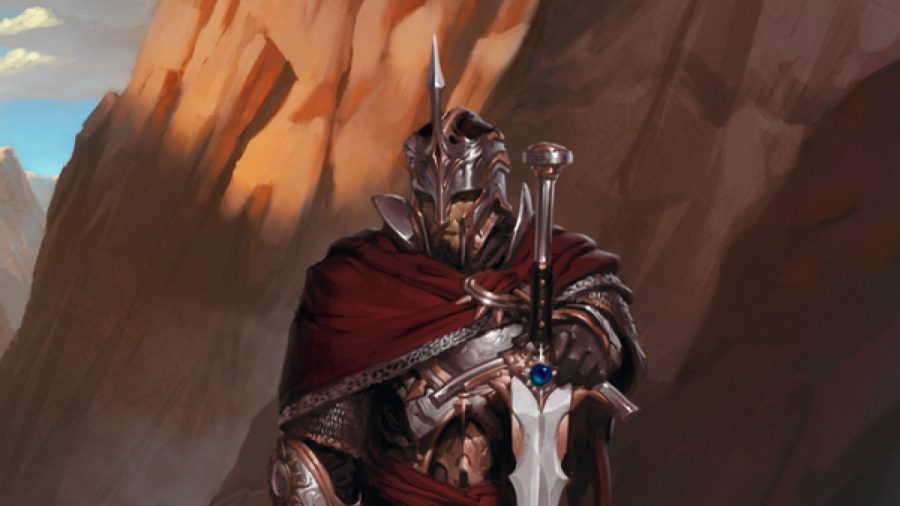 The nine 5E D&D Alignments are:

A character with a Lawful Good alignment will try to do what is right based on what society expects from them. They’ll follow the rules, and work within the system to achieve benevolent goals, assisting those in need and fighting evil wherever it lurks.

Chaotic Good characters try to do what is right, but on their own terms, not those set by society. As a result they may end up breaking rules in an effort to do right. They’ll have benevolent intentions, but will follow their own consciences first and foremost. Chaotic Good and Lawful Good characters will often disagree on the best solution to a problem.

Chaotic Good characters make excellent freedom fighters or rebels. They’ll usually be the first to speak out against corruption within the system and won’t respect a tradition which they see as morally wrong. Druids or Rangers are often a good fit for the Chaotic Good alignment, since these D&D classes spend much of their time apart from society and its expectations. 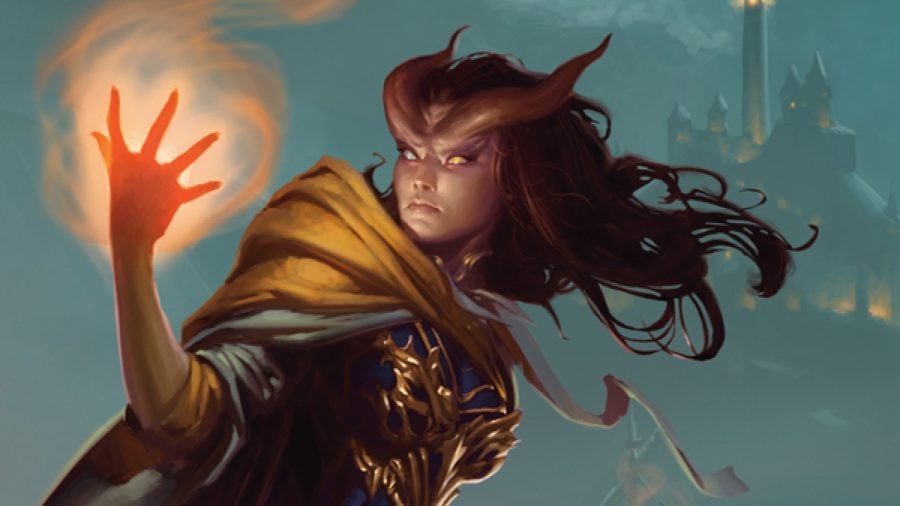 Characters with a Neutral Good alignment are not particularly attached to order or chaos, but they do love being nice. They’ll often follow the rules simply because this causes the least friction, but will not be especially hesitant to break those rules if they think a better outcome will be achieved by doing so.

Not overtly rebellious or rule-abiding, a Neutral Good character simply cares about whatever does the most good.

Lawful Neutral characters stick to the rules – whether that’s the laws set by a ruler, those issued by a governing body, or the traditions of their society – and aren’t so fussed whether the laws they’re following are just or not.

Those with this alignment seldom think much about morality. Instead they value order and authority above all else. Chaotic Good characters hate them. According to the D&D 5e basic rules, many Wizards and Monks are Lawful Neutral. 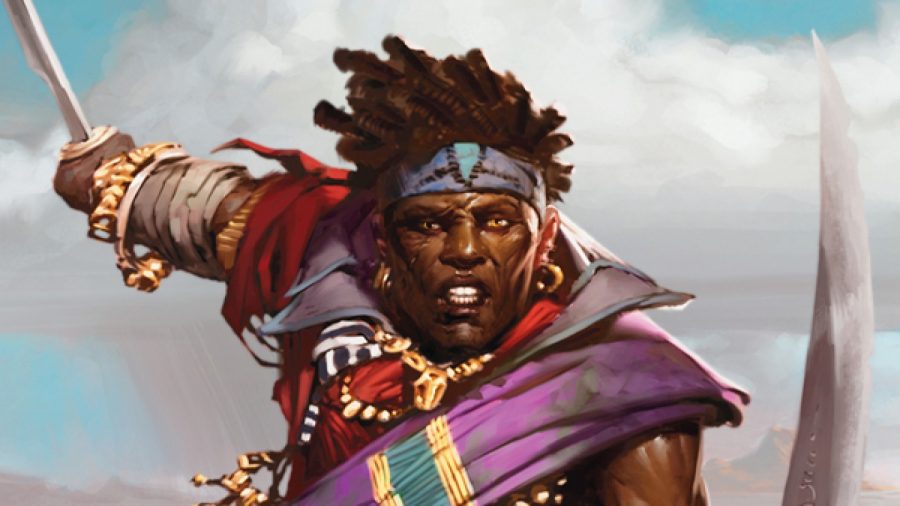 This D&D alignment has a bit of a bad reputation. It’s sometimes associated with the kind of ‘murder hobo’ player who’ll save a village from a marauding army, then steal all its gold, set the inn on fire, shout ‘Chaotic Neutral, baby!’, and ride off into the sunset. That is a way you can play the Chaotic Neutral alignment, but be warned that in most games, this won’t get you an invitation to session two.

Chaotic Neutral characters are opportunists, but don’t act at random

Chaotic Neutral characters typically aren’t such terrifying agents of chaos and randomness, but they are quite unpredictable. It’s fairer to say they are at the mercy of their own whims, always doing what’s best for themselves at any given moment. They value immense personal freedom, but won’t put that at risk to protect the freedoms of others.

If your character falls into the popular archetype of ‘lovable rogue’ (probably a Rogue, unsurprisingly, or perhaps a Bard) they might be Chaotic Neutral.

The fence-sitters of all D&D settings, True Neutral characters aren’t particularly dedicated to stamping out evil, but nor are they especially diabolical themselves. They won’t seek to break the rules but won’t put undue effort into upholding them either.

Which admittedly all sounds a bit grey. What do True Neutral characters care about? Well most of them are just middle-of-the-road folk, getting on with their lives without worrying about sticking to any kind of strong code. Deep down, we’re probably all a little bit ‘True Neutral’. However, there are some characters with this alignment that take their neutrality to a (relative) extreme, determined to uphold a balance between law and chaos, good and evil. 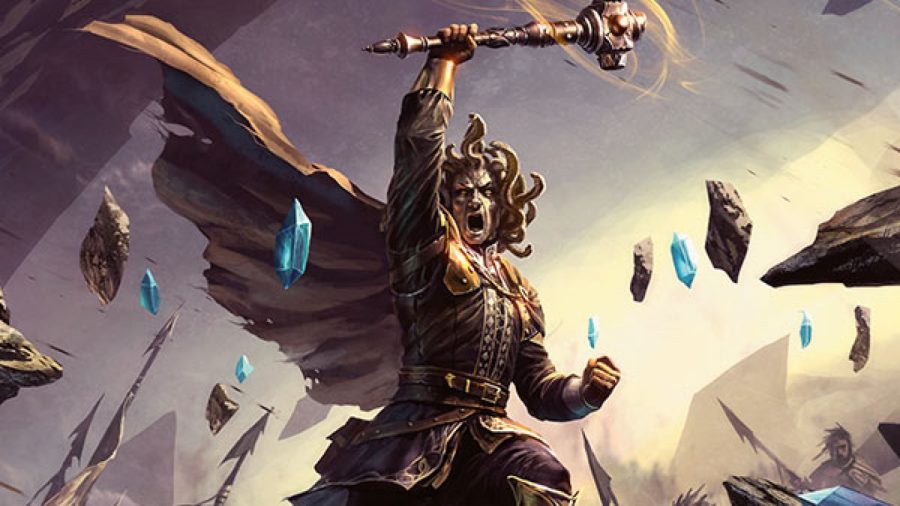 A character who does whatever they want within the bounds of a certain code or set of laws, not caring about the impact it has on others, is Lawful Evil. Some Lawful Evil characters may believe they’re actually good, simply because they’re following the rules. They may uphold the law, but apply it methodically and mercilessly, without nuance, or using loopholes for selfish and destructive reasons.

Other Lawful Evil characters may know full well that they’re rotten, and seek to dominate and rule in an authoritarian, but lawful, manner. These are likely to be the most dangerous villains of all, combining evil intent with the discipline and organisation to achieve their aims.

The alignment most in line with the cackling maniacal supervillain, Chaotic Evil is a difficult alignment for a PC to take. That’s because Chaotic Evil characters don’t play well with others, even those who share this alignment.

Often angry and prone to random acts of violence, Chaotic Evil characters march to the jerky beat of their own wicked drum. Cruel, and perhaps sadistic, they probably perform evil acts simply for the sake of it, and for their own enjoyment. 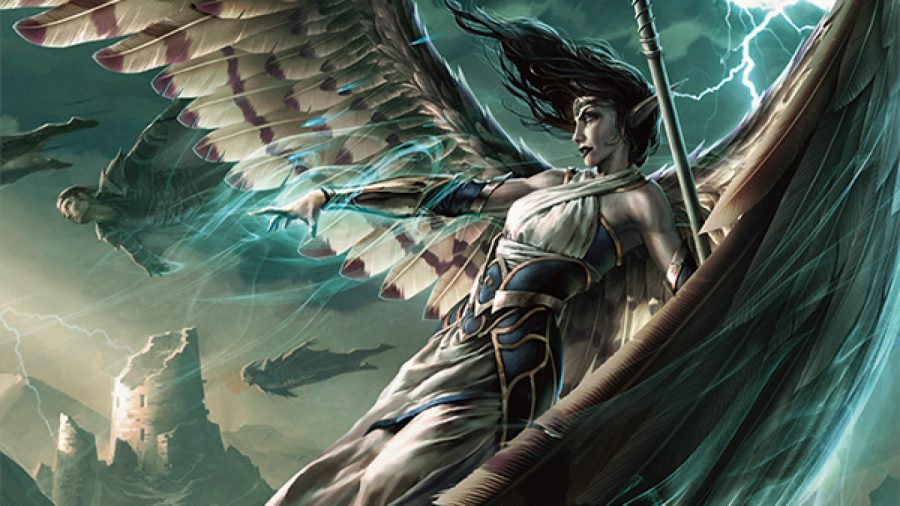 A character that has a Neutral Evil alignment is not tied to any kind of code like a Lawful Evil character, but is also not wantonly destructive or bloodthirsty like a Chaotic Evil one. They’re simply committed to evil.

Above all else, a Neutral Evil alignment means selfishness, doing whatever wrongs one can get away with no hesitation and no compassion.