Choosing a DnD background is a staple element of character creation. After picking a class , choosing a race, and assigning ability scores, it’s up to you to decide who your character is, where they’ve come from, and what they’ve done. Crucial to establishing the roleplaying beats of your character and to buffing their skills, this isn’t something to overlook.

We’ve picked out the best D&D backgrounds that you should consider when building a character. As with most elements of character creation, it’s best to have a character build in mind when making your pick, so you can choose one that suits your vision of the character. After all, there’s little point in gaining proficiency in Stealth and Deception if you’re playing a blustering Barbarian.

But remember that backgrounds are malleable. The Player’s Handbook even suggests tweaking their features to better suit your character or the campaign setting you’re playing in. Don’t be afraid to use them as a template on which to develop your own creation, and treat them as a foundation to be moulded to your roleplaying needs.

These are the best D&D backgrounds: 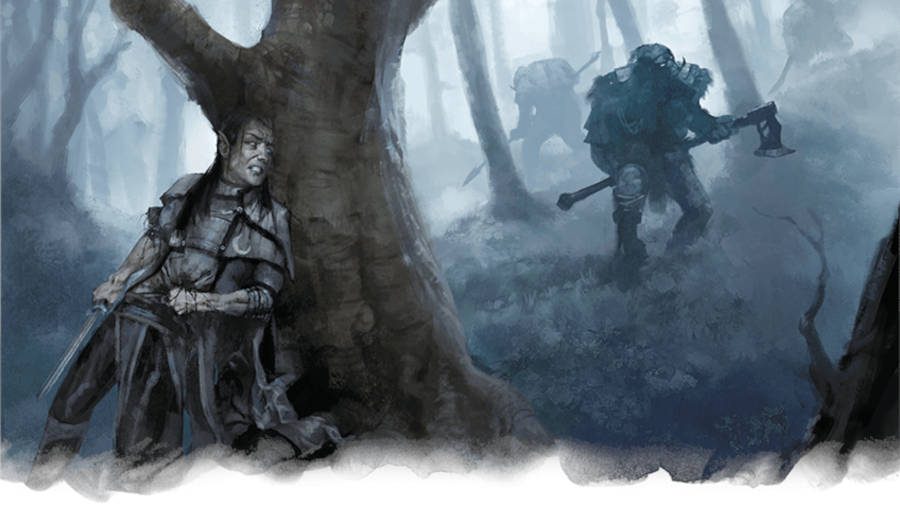 Living in the wilds of nature, away from the prying eyes of civilisation, Outlanders make natural nomads and travelling marauders. They’re used to the brutal demands of the outdoors, and know all too well of the dangers that lurk in its undergrowth. If you’re roleplaying a mysterious stranger or a Druid that’s kept their distance from society, this is a good place to start.

Grand Designs: Our pick of the best D&D character creators

Outlanders really shine for their Wanderer feature, which lets you automatically find food and water for yourself and up to five others each day – provided you’re surrounded by vegetation. It effectively lets you feed the entire party for no cost, taking that administrative role out of your hands. Add to that proficiency in Athletics and Survival, as well as a hunting trap to keep handy, and you’ve got the makings of a formidable Ranger. 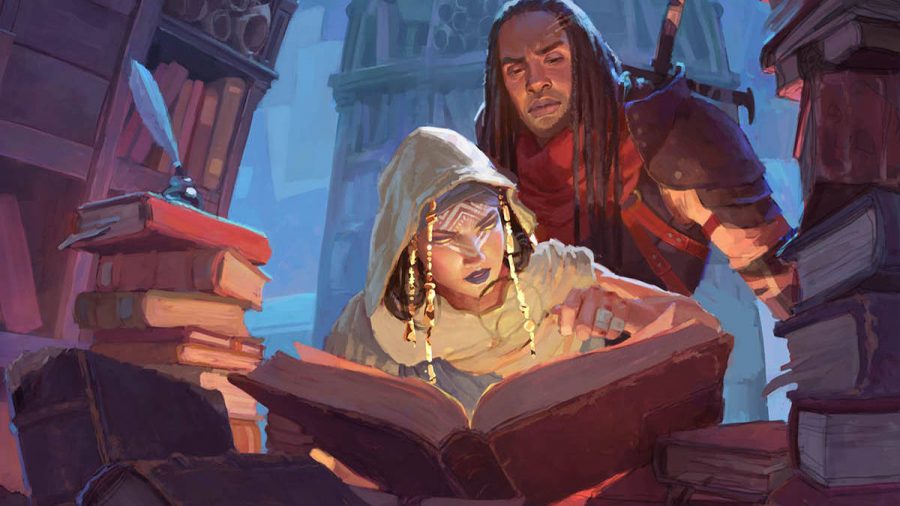 Found in: Tomb of Annihilation

A life of academic study is a strange choice for anyone to make – whether in the fantastical roleplaying world of D&D or the job market of real-life – but don’t write off the power of the Anthropologist. Obsessed with the customs, beliefs, and practices of other cultures, they’re sources of great knowledge who not only adapt to the world around them, but take every opportunity to study it.

Nose in a tome: The best D&D books

The real draw of Anthropologists, however, is their utility. Adept Linguist lets you communicate with any humanoid creatures that don’t share your language, after observing them for 24 hours. That will make traversing through foreign lands a little easier, and will help you avoid accidentally offending an entire group of people through a social faux pas. Throw in proficiency with Insight and Religion, and you have the makings of a classic wizened Wizard. 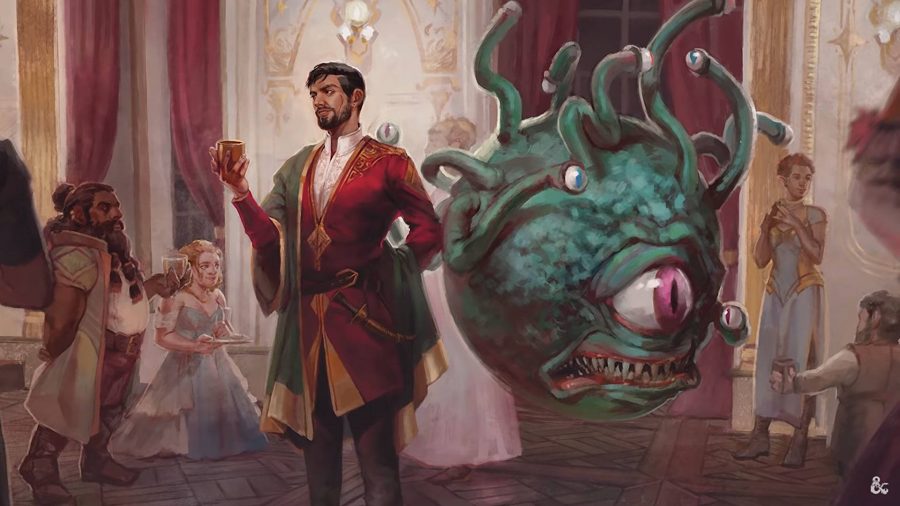 If you have an overbearing sense of entitlement, or covet nothing but privilege and power, the Noble background might be for you. Spanning anything from a wealthy aristocrat whose misplaced sense of adventure has landed them in a hot mess, to an upstart scoundrel who fancies themself a better life, there’s reams of roleplaying material to dig into here.

Their proficiency in Persuasion suits any Charismatic character, and the ‘noble knight’ option will hand you three retainers – think attendants, messengers, or squires – that are perfect for enacting silly shenanigans. They’re essentially free servants to use as you will. Make sure to work with your DM to decide how your noble family fits in with the wider world of your campaign, though. Consider how its notoriety determines how NPC will treat you, or what plot avenues might spring up as you explore. 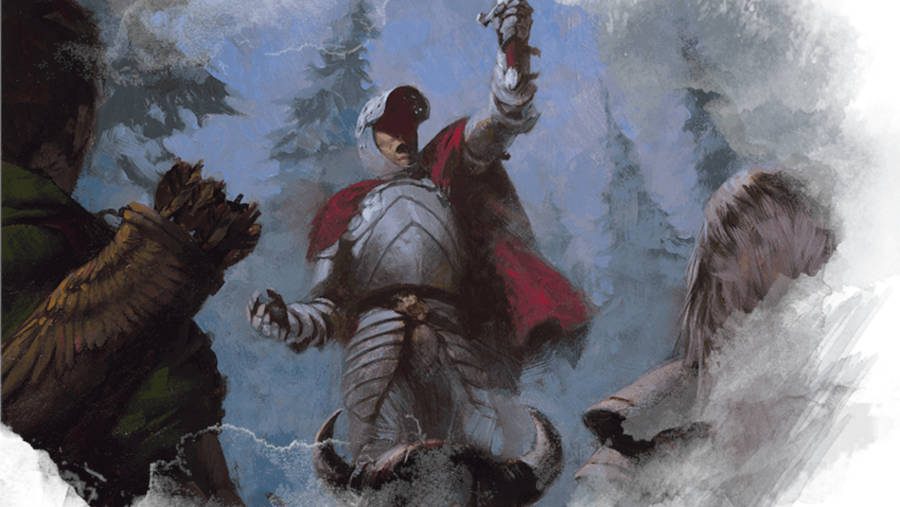 Fighting, scrapping, and battling; the soldier is one of the easier D&D backgrounds to integrate into a character. Handing you a ready-made justification for your superior martial skills, it suits the Fighter of the party who boasts superior combat aptitude than their travelling companions. But there’s still scope for refinement. Think carefully about where you learned your skills, how you trained, and your relationship with those who taught you.

While the Player’s Handbook suggests you build your character as a high-ranking military officer, who can lord their rank over common soldiers and guards, it’s not much of a stretch to switch the military with a fighting guild, or secret martial society. Skill proficiencies in Athletics and Intimidation will naturally suit beefy Barbarians, making Soldier a firm choice for characters focused solely on combat. 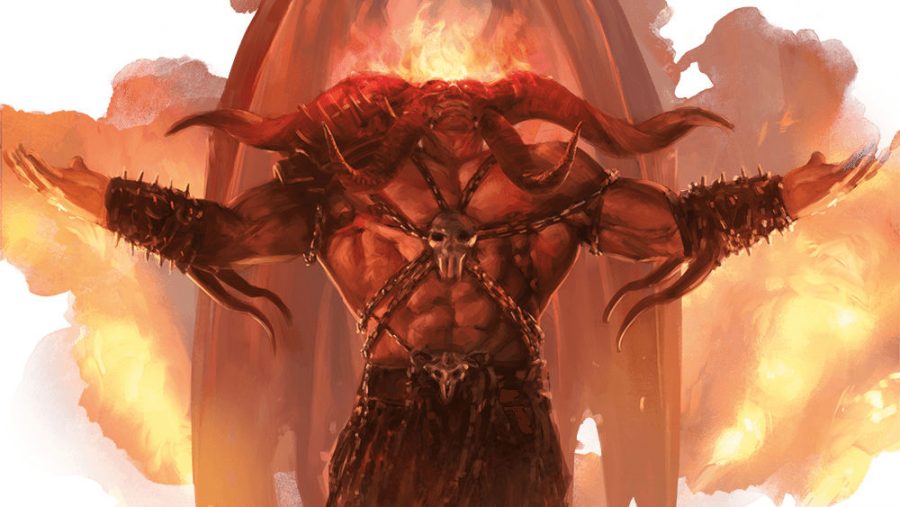 Found in: Guildmasters’ Guide to Ravnica

If you’re playing a campaign set in the Magic: The Gathering Multiverse, or think you can convince your DM to bend the rules just a little, you’re best off selling your soul to the ancient demon Rakdos to become his cultist. You won’t be just any old cultist, though, but a professional entertainer who wants nothing more in life than to serenade the Lord of Riots while he bathes in his lava pit of choice.

The Rakdos Cultist provides access to a brilliant spell list that’s perfect for offensive casters. You’ll get the Fire Bolt and Vicious Mockery cantrips, Hellish Rebuke, Wall of Fire, and Dominate Person, which all pair beautifully with a Bard’s support-focused spell list. You also get to pick what type of performer you are – ranging from a spikewheel acrobat, to pain artist, to nightmare clown – leaning even further into the thespian theme. 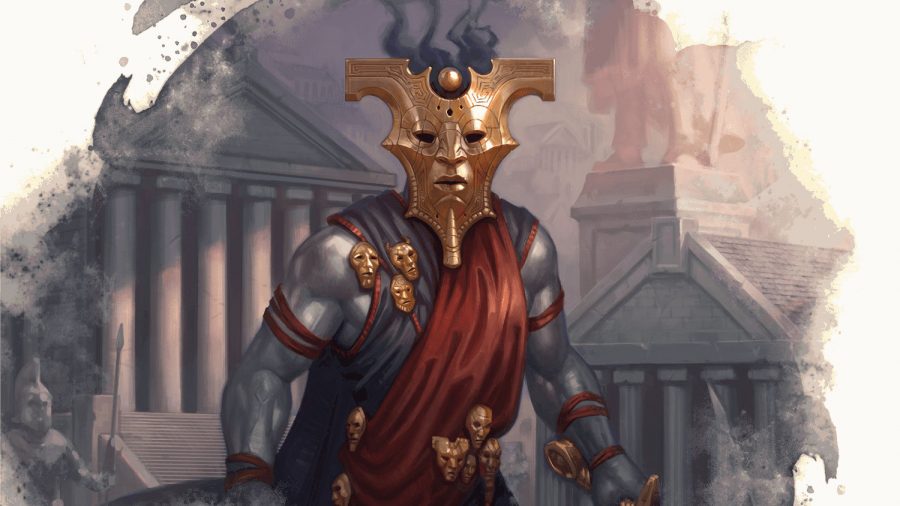 Create a fictional roleplaying character only to pretend to be someone entirely different with this D&D background. The Faceless are not who they seem. They’ve donned a disguise (either literally or figuratively) and created a new persona with which to explore the world. Something in your past might prevent you from revealing your true identity, forcing you to deceive those you meet, including your own party, into believing you are someone you are not.

Proficiency in Deception and Intimidation, alongside a disguise kit and costume, makes the Faceless background a perfect pick for a Rogue or Ranger. But it’s the roleplaying and exploration potential that’s the real draw. Able to switch personas at the drop of a hat, you’re adept at changing appearances. That’ll come in handy when sneaking around guards, or can offer a fantastic character base: you’ve something to hide, and daren’t let anybody, even your friends, find out what. 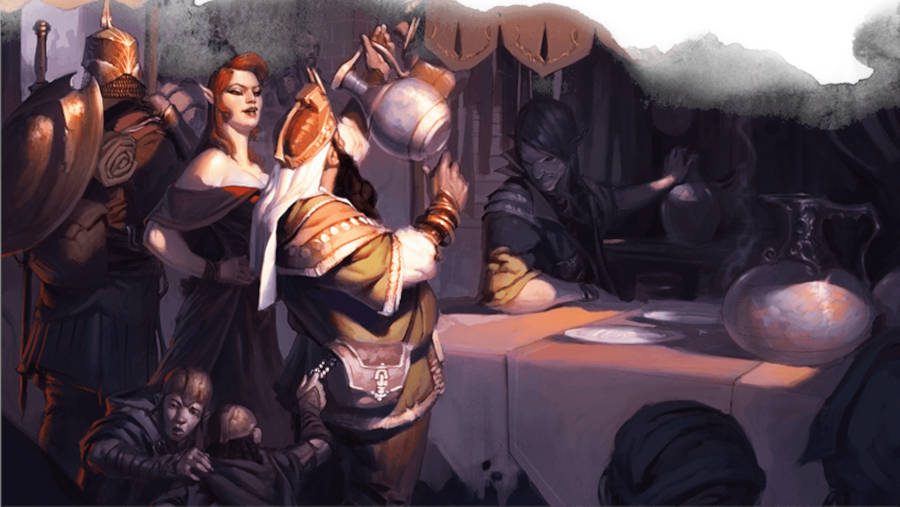 Not every adventurer is good. Sometimes it’s a joy to roleplay as a selfish evildoer, or a chaotic rule breaker that lives for transgression. Placing your character directly in the criminal underbelly of society is a simple way of injecting a dose of moral ambiguity into your adventure. Perhaps your character is a petty thief that was pushed into a life of crime through deprivation, or a reformed master criminal that has a hand in everyone’s pockets.

As a Criminal, you’ll gain proficiency in Deception and Stealth, a perfect mix for any Rogue. Add to that the background’s Criminal Contact feature, and you’ll have access to a seedy communications network that’s perfect for orchestrating daring raids and illicit odd-jobs. If you’re besotted with illusions of grandeur, use the variant Spy background to make yourself into a master of espionage that knows all the tricks of the trade. 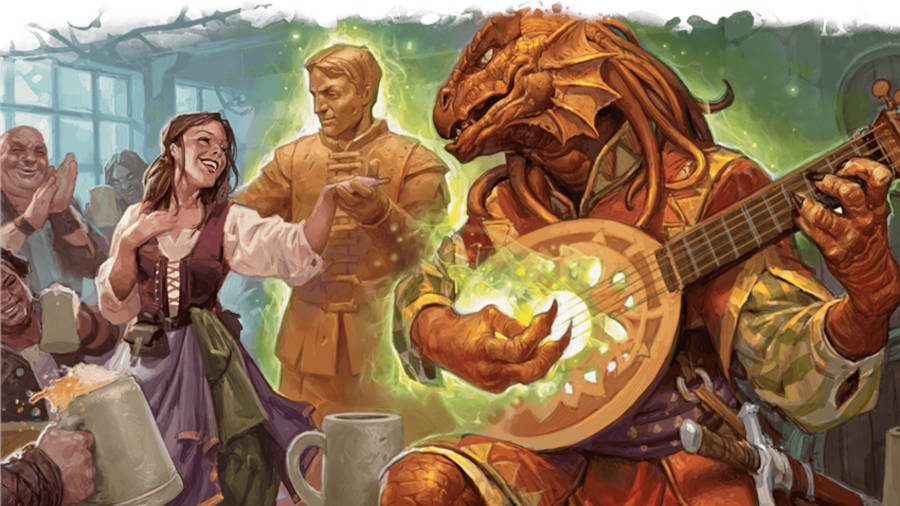 Friendly, outgoing, and natural performers, adventurers with the Entertainer background make perfect Bards. Always eager to impress passers-by or stir the hearts of a crowd, their tales of adventure and rollicking music are sure to inject some excitement into the party. If you’re after a less standard roleplaying touchstone, try playing a begrudging entertainer who wants nothing more than to leave the fetid glamour of showbiz behind.

The Entertainer background really shines for its By Popular Demand feature. Letting you acquire free lodgings and food at any inn, circus, noble court or other place of rest that you pass, in return for regular nightly performances, it’s an easy means of ingratiating yourself with the higher echelons of society while securing safety for your vulnerable party. Think of this as a must-have for any bard. 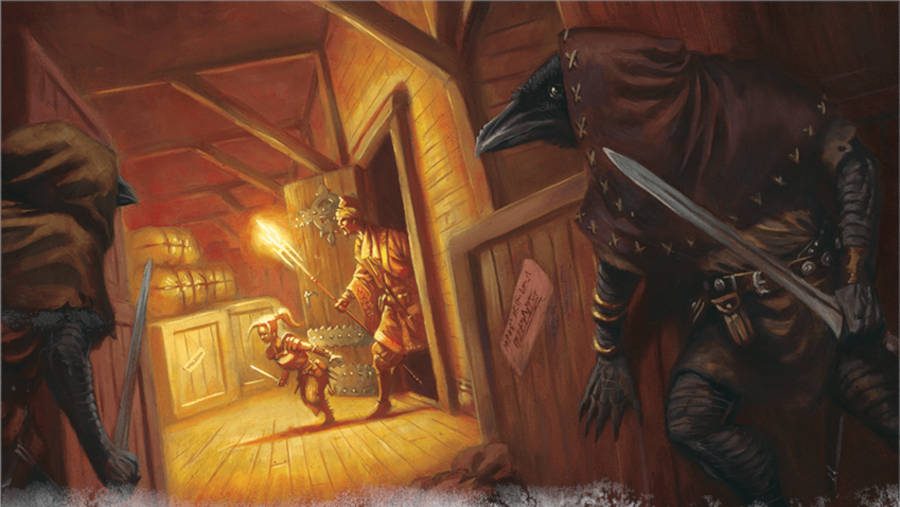 The most opportunistic of all the character backgrounds. Where regular folk see conflict, bounty hunters see profit. If there’s enough strife in society that people have taken to physical blows, you can be sure that there’ll be a highfalutin aristocrat or slimy criminal willing to pay you to do their dirty work. Maybe you see yourself as a vigilante protecting the streets? Or perhaps you’re chasing the flash of gold above all else?

Arcane insight: These are the best D&D 5E spells

Proficiency in two skills among Deception, Insight, Persuasion, and Stealth offers a solid framework, but it’s the bounty hunter’s Ear to the Ground feature that stands out. You’ll gain a trustworthy contact in every city you visit who can supply essential information about the people and places of the surrounding area. That kind of insight will kickstart your adventuring whenever you enter a new area. 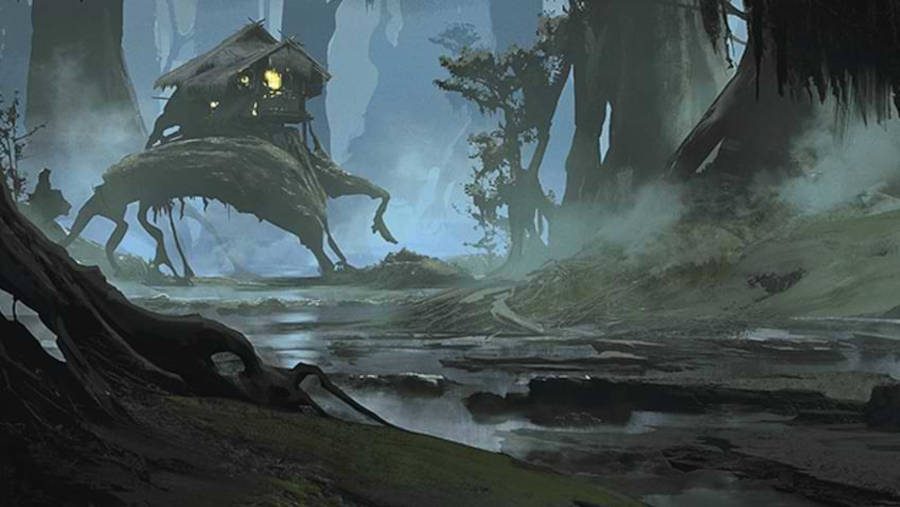 Living in tranquil solitude afforded by total seclusion, Hermits lend themselves to secrecy and mystique. Often played as profound individuals who commit their lives to the pursuit of a great truth far from the distractions of typical society, Monks align well with their diligent, devoted personalities. It need not be all roses, however. Perhaps you were forced into a life of solitude as penance, before setting out on a quest for vengeance.

Their proficiency in Medicine and Religion also goes hand-in-hand with the pious healing powers of Clerics, and their Discovery ability follows suit. As a hermit, you’ll have made a unique, powerful discovery about the world – its history, its nature, or the hidden forces that work within it. Not a mechanical feature, it works best when integrated into the campaign, so check with your DM about using it effectively.