There’s a lot at stake when creating DnD character builds. Each build is a unique combo of the many  DnD races, DnD classes, DnD feats, and DnD spells on offer, and each must be enjoyable to roleplay, adept at combat, compatible with a party, appropriate to your DM’s campaign, and, above all, internally consistent. It’s easy to be overwhelmed by choice during character creation, and end up with something that has impressive top-line DnD stats and looks mightily powerful – but turns out to be confused and directionless when taken for a spin.

To save you the hassle of disappointment, we’ve constructed some ready-made DnD character builds that can provide the template to your next, or first, 5E character. Rather than focussing on specific roleplaying or martial builds, we’ve opted for a more important factor in these builds: fun. They all have a central focus and will ensure you’re character is consistently effective as they level up. You won’t drop off the party radar, or become obsolete.

But we aren’t the tabletop roleplaying police, and there’s no need to stick entirely within our guidelines. Pick a build that takes your fancy, and mess around with it, if it pleases you. Keep its central focus in mind, though, and you’ll be rewarded with a character that’s well-adjusted to a party dynamic, and can hold their own throughout a campaign.

So, crack out that character sheet and let’s get building. 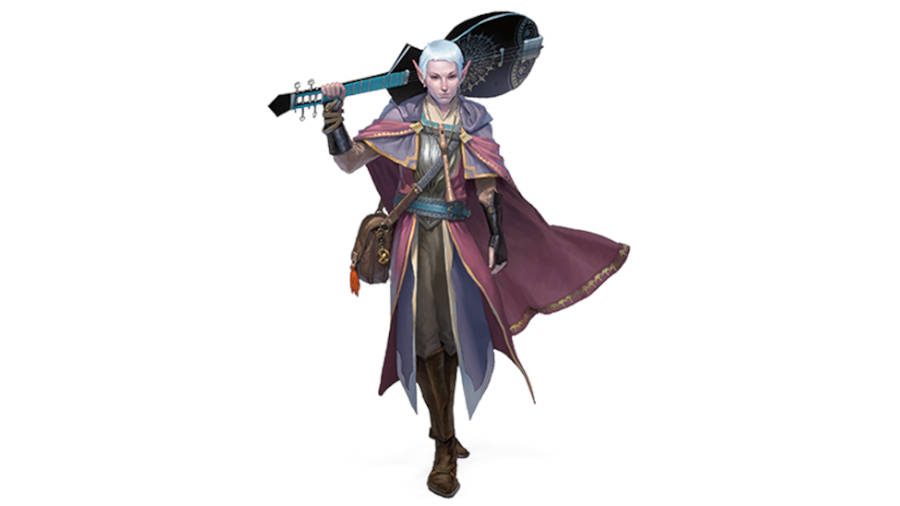 This is a solid build with no surprises. It’s not going to win any awards for creativity, and won’t have you pushing the boundaries of D&D 5E norms. But if you want to play a character that’s equally adept in roleplay and combat, you can’t go far wrong with a classic Half-Elf Bard, trained in the College of Lore.

Half-Elves’ +2 Cha feeds nicely into Bardic spellcasting, and their other two +1 ability score improvements should be spent on Str and Con. Pick a mix of damage-dealing and immobilising cantrips and spells, such as Vicious Mockery and Hideous Laughter, and throw Detect Magic into your spell list if no one else in the party bothers. At level three, the College of Lore allows you to use Bardic Inspiration on yourself, letting you redo an attack roll, ability check, or damage roll that didn’t go your way – especially useful for this low-AC, low-HP class.

World traveller: Check out our full guide to DnD maps

But Bards really excel for their expansive applicability. You’ll gain proficiency in a whopping five skills of your choice at first level, so think hard about your role in the party. Opt for skills such as Acrobatics, Perception, and Insight if you’ll be more actively adventuring; or Persuasion, Intimidation, Deception, and Performance, if the roleplaying side of the character is a better fit. Add to that three more skill proficiencies through the College of Lore, and you’re set up to be a true jack of all trades.

Beyond this, look to increase your Cha, or pick some flavoursome feats, if the campaign is increasingly descending into creative roleplay. Actor, letting you imitate the voice of others, opens up masses of possibilities, while Magic Initiate, granting you two cantrips from another class, is useful for grabbing staple spells. There’s lots on offer here, which provides new players many opportunities for experimentation. 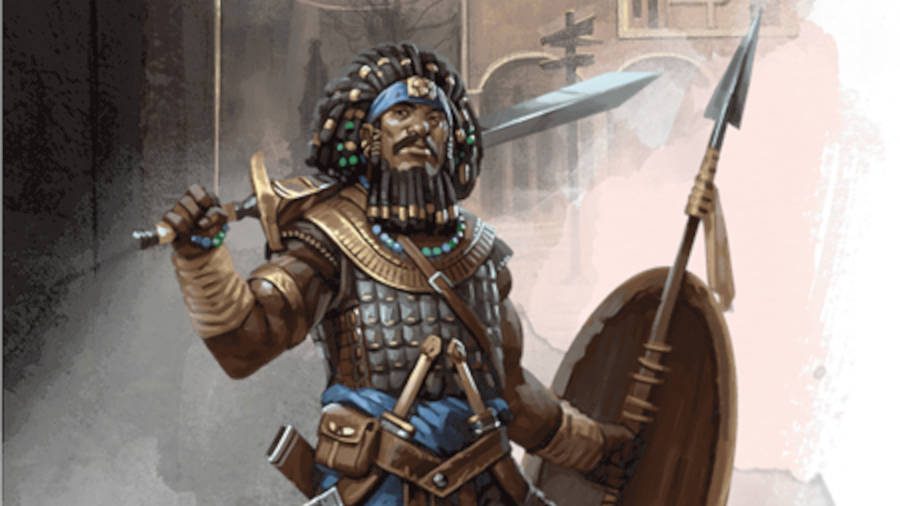 For a build that specialises in straightforward, melee damage, get yourself a Human Fighter with a whole bunch of feats. You’ll be able to crush any enemy you encounter; slapping them about from a distance, and dealing plenty of damage in a single turn.

Heavy weapons will be your best friend, so make sure Str is plenty high, and your Con closely follows (melee fighters have a habit of taking as much damage as they deal, after all). Pick any weapon with Reach to go alongside that, such as a halberd, and get yourself some heavy armour for extra protection.

But it’s your pick of race that makes all the difference. Opt for a Variant Human, and put +1 into Str and Con, while choosing Polearm Master as your free feat. Its 1d4 bludgeoning damage will propel you into the top tier of your party from the outset. Plus, it grants an attack of opportunity whenever a creature enters your extended reach, so you’ll be dishing out hits pretty frequently. Combine this with the Sentinel feat at level four, which stops all creatures in their tracks when you successfully land an attack of opportunity, and your fighter can simultaneously cleave through enemies and immobilise them. A powerful combo.

As for Fighting Style, choose Great Weapon Fighting if pumping up damage at every opportunity is the call of the day, or opt for Defence if you suspect your DM has some particularly pernicious enemies up their sleeve. Any subclass will pair well with this build, but the best are those that don’t require too much tactical movement, and let you sit comfortably 10 feet away from the enemy and exploit your feats, such as Cavalier or Champion. 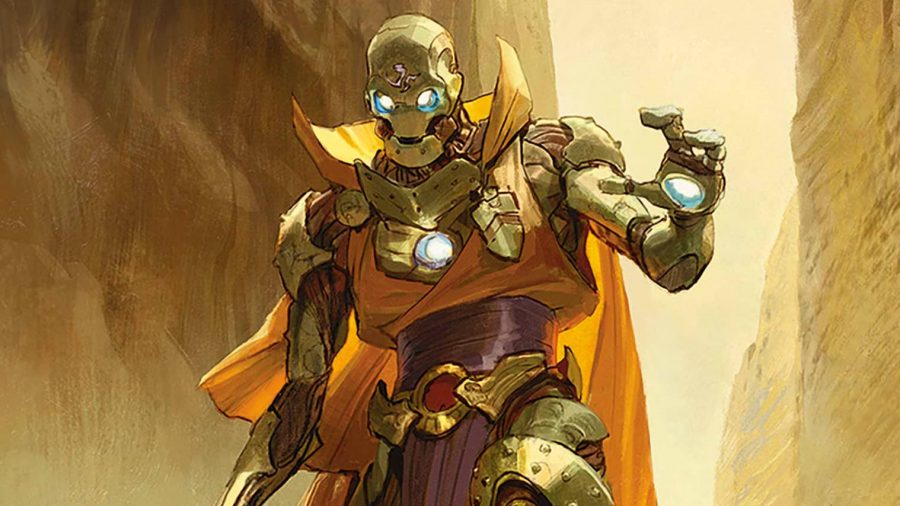 Clerics not only fulfil the role of party healer, but also function as fantastic tanks. If you fancy soaking up any stray hit that comes your way, and living to tell the tale, you could do little better than building yourself a literal robot. Warforged are the sentient robotic race of D&D, built for fighting in the dark, pulpy world of Eberron.

Although a uniquely versatile race, they pair incredibly well with Clerics for their toughness. Their +2 Con will prepare you for taking the hits, and an optional +1 to Wisdom will pump up Clerical spellcasting. Add to that +1 AC, since you’re made out of magical metal, heavy armour, and a shield, and you’ve already got an unrivalled AC for a level one character.

Make yourself: Read our guide to DnD character creators

But we can go higher. Pick Forge Domain as your subclass, and you’ll be able to craft magical armour with +1 AC at level one. Combine that with elemental resistances as you level up, and you’ll be one of the toughest bipedal hunks of metal around.

If your campaign is in the Forgotten Realms, Warforged shouldn’t technically make an appearance. But this is a tabletop roleplaying game, so we’re sure you can use your imagination to think of some convincing backstory as to why they’re showing up. 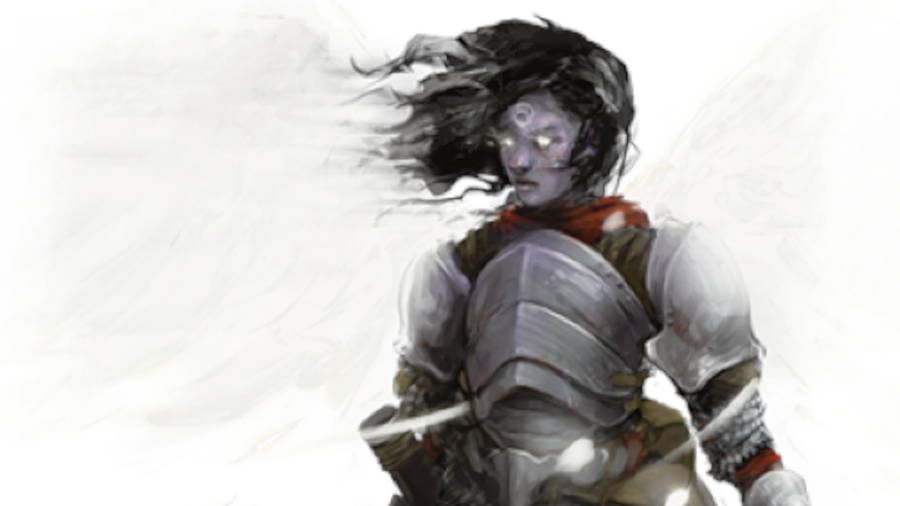 Paladins can hold their own in a fight, but their potential as party support shouldn’t be overlooked. Rather than relying on simple restorative spells or buffs, the Oath of Redemption subclass plays out a little more innovatively, as you avoid fights and heap damage onto yourself to save squishy teammates. It’s an effective choice, especially if a Cleric is already serving as the party’s medic.

Aside from picking the Redemption subclass at level three, choose Aasimar as your D&D race. Their natural +2 Charisma will bolster your spellcasting, and their innate Healing Hands ability lets you restore HP equal to your level (so you can get at least a little restorative ability in). You’ll want heavy armour and a shield for their AC bonuses, and would be smart to take the Tough feat at level four, increasing your maximum HP by twice your current level.

Devout and deadly: Check out our guide to D&D 5E’s Paladin

Outside of this, keep pumping Con and AC when you can. The Oath of Redemption revolves around redirecting enemy attacks to yourself, so you’ll need a lot of HP when the blows eventually break through your armour.

But you won’t only be acting as a tank. Oath spells, such as Rebuke the Violent, let you mirror attacks, and Emissary of Peace grants +5 Persuasion, combining well with your already-high Cha to help you talk your way out of the stickiest situations. 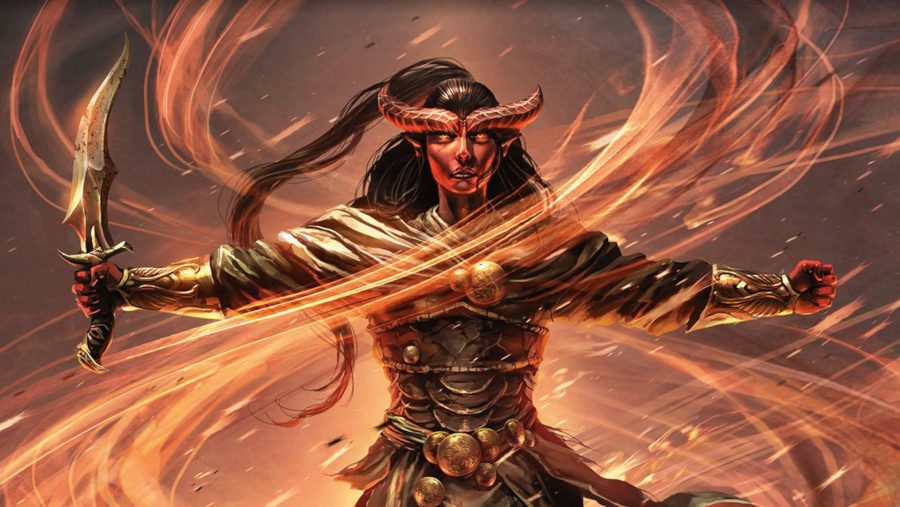 If you’re keen on multiclassing, but are new to the world of chimeric creations, the Sorlock (i.e. Sorcerer/Warlock) is likely your best bet. Beloved by many, it combines the high damage-dealing of Warlocks, with the innate spellcasting buffs of Sorcerers for immense damage output. Cha’s the spellcasting ability of both classes, so you can leverage their magical abilities simultaneously, and play them against one another for even greater effect.

The basic idea is to combine the Warlock’s hex spell, which adds 1d6 necrotic damage to a creature when it’s attacked, with their Eldritch Blast cantrip, dealing 1d10 force damage. Alongside that, use the Sorcerer’s Quicken Metamagic ability, letting you cast a spell for one bonus action. Eldritch Blast becomes a rapid fire, incendiary machine gun, as you deal consistently high damage, turn after turn. Even the Barbarians around will be jealous.

Similarly, each class makes up for the other’s deficiencies. Warlocks have very limited spell slots, while Sorcerers have plenty; Sorcerers are usually left wanting after a short rest, but Warlocks recover all spell slots.

When building a Sorlock, your starting class doesn’t matter hugely, but Sorcerer makes the most sense for its proficiency in Constitution saving throws. Cha should be your primary ability score for maximum damage, followed by Con. Choice of subclasses has little effect on the build’s multiclass focus, but Hexblade Warlocks provide much versatility that can be exploited by the Sorcerer’s side of things. As usual, Half-Elf or Tiefling are obvious race options for their natural ability score bonuses.