If you want your Dungeons and Dragons character to be bright red, with horns and a tail, then the Tiefling is the DnD race for you. Tieflings are descended from demons, sort of, due to some ill-advised pact their ancestors made with Asmodeus. They look a lot like humans, but have devilish traits too: large horns, a long tail, pointy teeth, and eyes with no pupils. Some Tieflings have human skin tones, while others are shades of red.

DnD Tieflings look pretty cool, in other words, although in most 5e DnD settings, such a satanic appearance means you’re generally viewed with some suspicion. Tieflings typically reside in small numbers in human settlements, and tend to be self-reliant, loner-types. As PCs, Tieflings get access to some unique abilities, as well as stat bonuses that make them ideal Warlocks and Sorcerers. However, there’s a ridiculous number of Tiefling subraces, which means it’s easy to build a Tiefling character that’s any D&D class you choose.

If you’re finding D&D character creation an infernal challenge, and want to learn more about the Tiefling race, then you’re in the right spot. We’ll teach you everything you need to know to make your first Tiefling 5e character, from Tiefling traits and abilities to the many, many different Tiefling subraces or ‘bloodlines’. 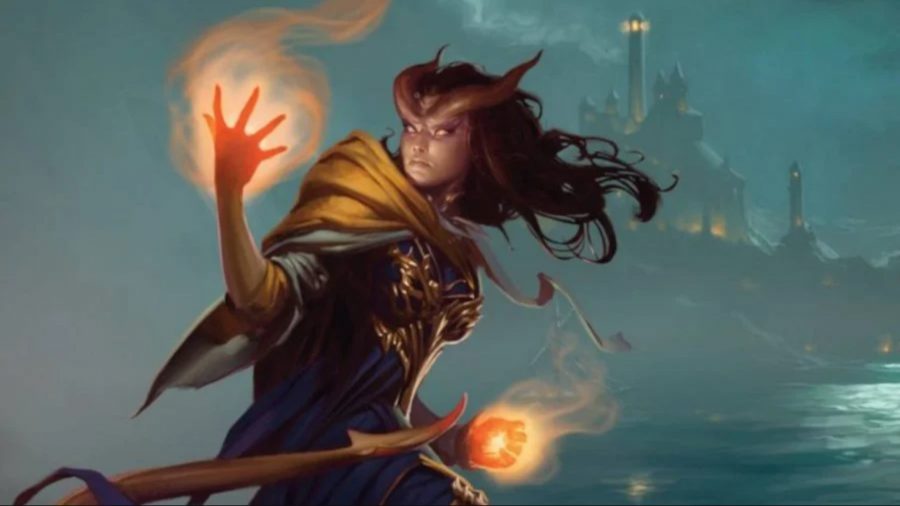 These are the key traits all DnD Tiefling 5e characters benefit from:

D&D Tieflings are perfectly average in both size and speed, but they get extra Charisma, which can really help out, as this is the primary ability score for a large a number of classes. Tieflings therefore make good Warlocks, Bards, Sorcerers, and Paladins.

Both Tiefling abilities are super useful. Darkvision lets you see in the dark to a certain radius, handy for both combat and stealth.  Your Hellish Resistance means you avoid fire damage. The Infernal language spoken by devils isn’t likely to super common, but knowing it might come in handy now and again. 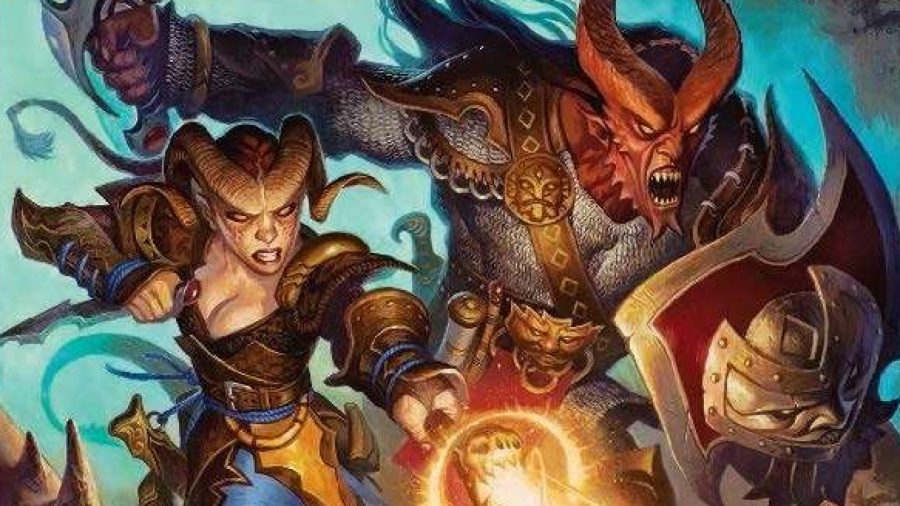 This bloodline is considered the default D&D Tiefling, as most Tieflings are linked through blood to the archdevil Asmodeus, ruler of The Nine Hells.

Tieflings with this bloodline gain +1 intelligence, and can use the following 5e spells. Note that Tieflings always use their charisma stat as their spellcasting ability for racial spells. They can use their spells once per long rest, and their cantrips as normal.

Thaumaturgy is a cantrip you can use for all sorts of little tricks, Hellish Rebuke is quite the powerful reaction spell, and Darkness, while situational, can come in handy if you’re in a situation where you don’t want anyone to be able to see anything.

A Tiefling with the Baalzebul bloodline is linked to the archdevil Baalzebul – who specialises in corruption – and the crumbling layer of hell known as Maladomini. You get +1 intelligence, and can use the following corruption-based spells thanks to your Legacy of Maladomini ability. 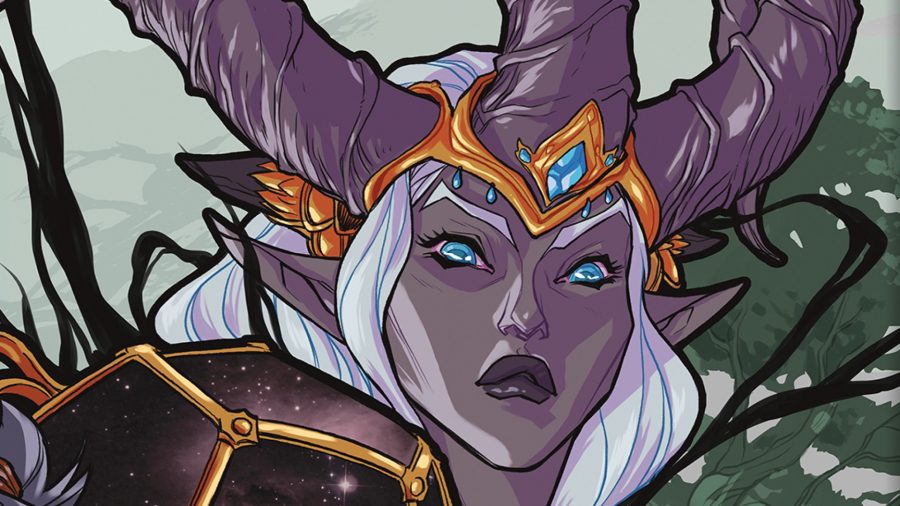 Dispater is an archdevil who’s all about intrigue and sneakiness, so Dispater Tieflings, connected to this devil through their bloodline, get +1 dexterity, and can access these cunning spells that are perfect for spycraft:

Fierna is an archdevil that excels at manipulation, so Fierna Tieflings, with a bloodline connection to this devil, get +1 wisdom. They can also access spells that will help them make friends and influence people: 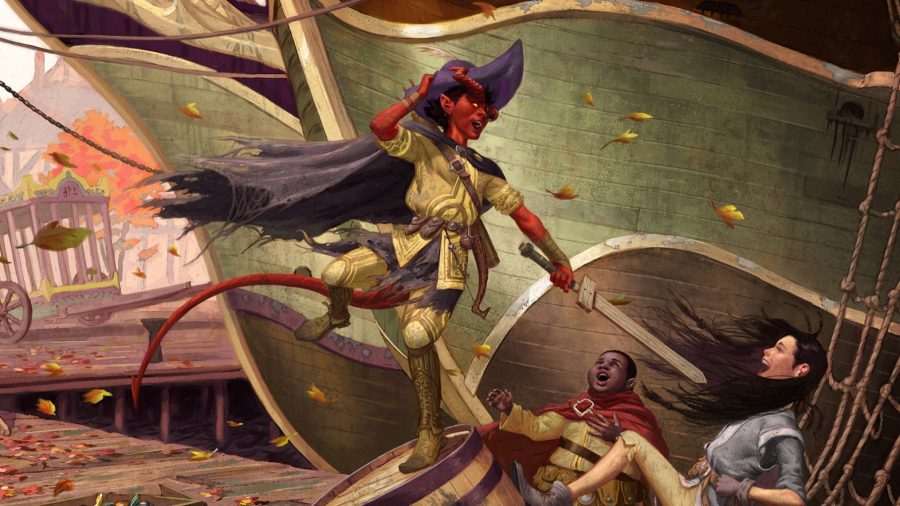 Glasya, is the youngest archdevil, and Asmodeus’ daughter. Tieflings with a connection to Glasya are particularly attractive, get +1 dexterity, and gain a set of spells which, like that of Dispater Tieflings, are geared towards subterfuge and stealth:

Levistus is the archdevil in charge of the cold frozen sea hell, Stygia. He’s also trapped in an iceberg. Levistus Tieflings  get +1 constitution, and can access the following cold-themed spells: 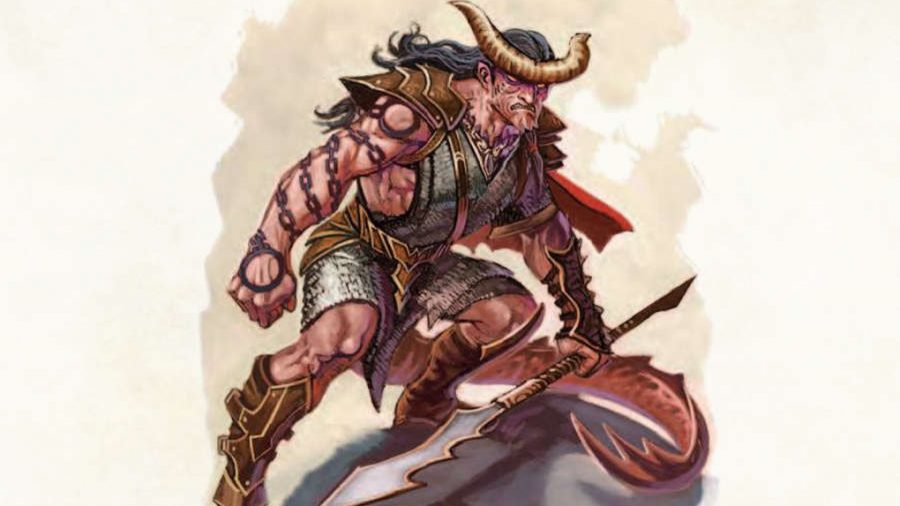 Mammon bloody loves money, and Tieflings with this bloodline are apparently great at organising their finances. Mammon Tieflings get +1 intelligence and gain the following utility spells

Mephistopheles is an archdevil who rules the frozen hell of Cania, but uses hellfire magic. He’s also the greatest wizard out of all the devils. Mephistophelus Tieflings, connected to this archdevil through their bloodline, get +1 intelligence, and can access these fire-themed spells:

Zariel is an archdevil obsessed with battle. As a result, Tieflings with the Zariel bloodline make for better Fighters than most. They get +1 strength, and their racial spells are related to improving their weapon attacks.