Writing up your own Dungeons & Dragons campaigns and adventures from scratch is no joke. Luckily, there’s plenty of official materials available for both D&D one shot adventures – which are short, less in-depth D&D quests that last a limited amount of sessions (sometimes just one, hence the name) – and full campaigns – deeper adventures which can last years.

More often than not, the best DnD campaigns kick off with one of the published Dungeons & Dragons adventures. These are fully featured campaign toolboxes, with detailed maps, populated towns and dungeons, unique monsters, and various non-player characters (NPCs) – as well as all the in-game stats and narrative guidance required to pull it all together. They can serve as a fine framework for your ideas, as you can expand and customise your DnD campaigns for your players as you go.

A vast plethora of different settings and themes await across the DnD world, such as the creepy horror plains of setting Ravenloft – which are explored in legendary gothic-horror campaign book Curse of Strahd and its free mini-adventure Death House, or the high-fantasy recesses of Neverwinter, that span everything from dark dungeons to pirates ad murder mystery. While you can shell out for DnD campaign books, there are plenty of official and free DnD 5e campaigns available.

So: strap in, and get ready to take your players on far-flung hi-jinx and dangerous travels. 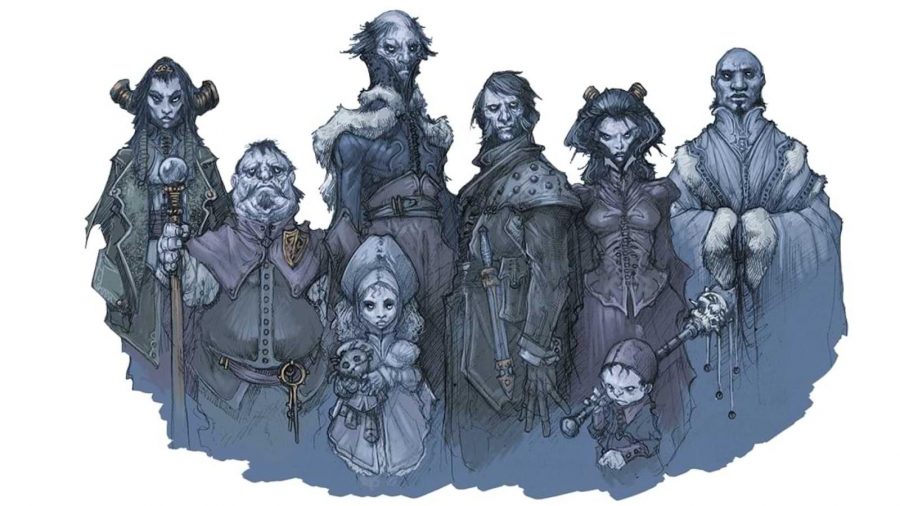 Still one of the finest (and most brutal) haunted abodes in the Dungeons & Dragons universe, Death House is a cracking horror one shot adventure designed to take players from levels one to six.

After wandering through creepy mists, they discover a house oozing malevolence, and set to unravelling its strange, morbid secrets.

You can download the Death House PDF adventure for free from Wizards of the Coast. 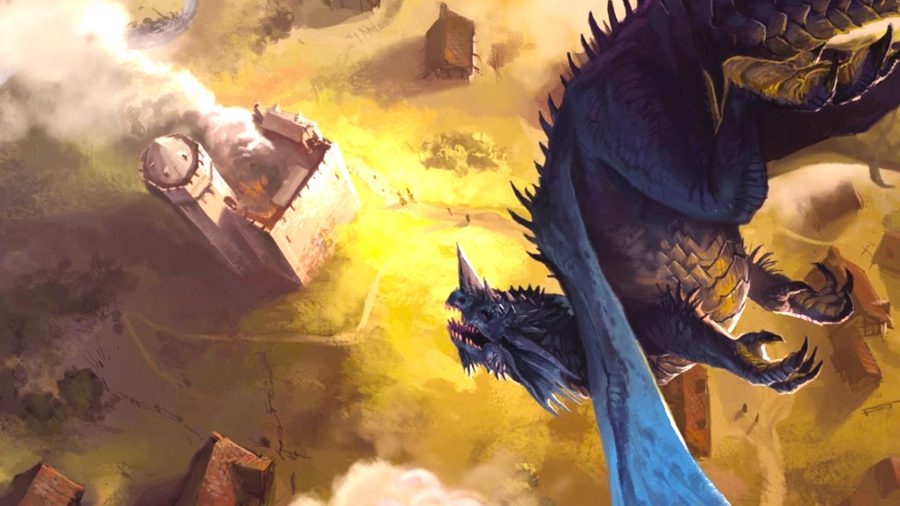 Hoard of the Dragon Queen

Featuring a sinister cult, untold treasures, and plenty of adorable kobolds, this DnD adventure perfect for beginners opens with an epic dragon attack and follows a high-fantasy mould theme-wise.

Full of tips for new Dungeon Masters, it’s a splendid choice for a beginner party looking for some wild antics and intrigue – as it’ll take them from levels one to four.

You can download the Hoard of the Dragon Queen PDF adventure for free from Wizards, too. 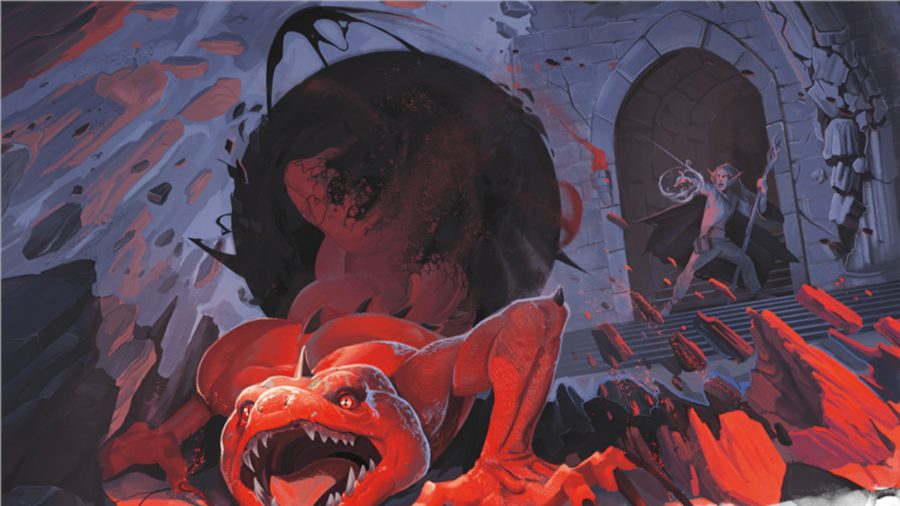 Perfect for fans of legendary D&D livestream series Critical Role, free D&D one shot Wildemount: Dark Star is set within the same world, and takes place in a town cursed by hungry undead.

You can read Wildemount: Dark Star free on DnD Beyond – along with a range of other free DnD campaigns, both homebrew and official. 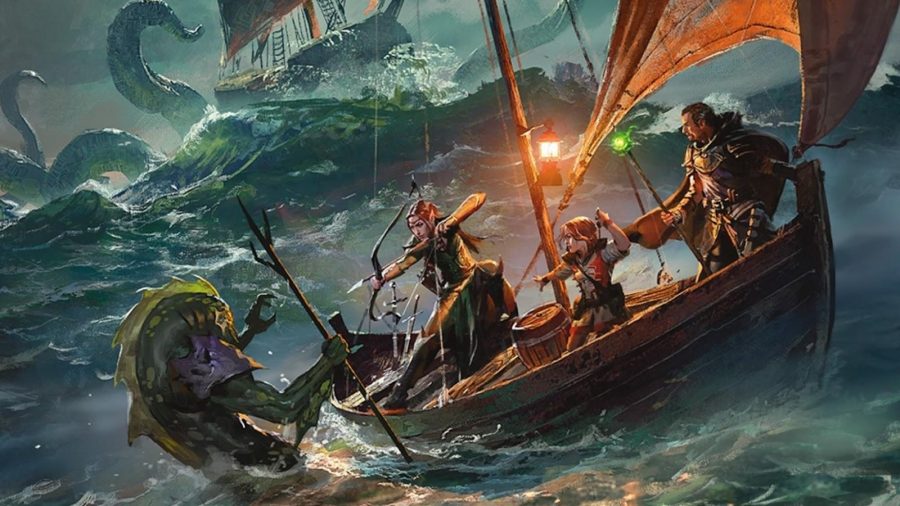 The following Dungeons & Dragons campaign books provide a raft of D&D 5e adventures that can be played separately as one-offs, or can be followed one after the other to level up a party of brave adventurers. A multitude are adapted from older edition D&D modules.

If you like pirates, kraken, and misadventure upon the high seas, you can’t go wrong with D&D adventure Ghosts of Saltmarsh, which features a modern take on some of the series’ most popular nautical encounters. The book also covers mechanics for ship-to-ship contact, sea monsters, and plenty of delightful and frightening aquatic beasts.

Followed consecutively, the adventures will take players from level one to twelve, however, each adventure works great as a one-off. Expect ghost ships, cults and horrifying fish people. 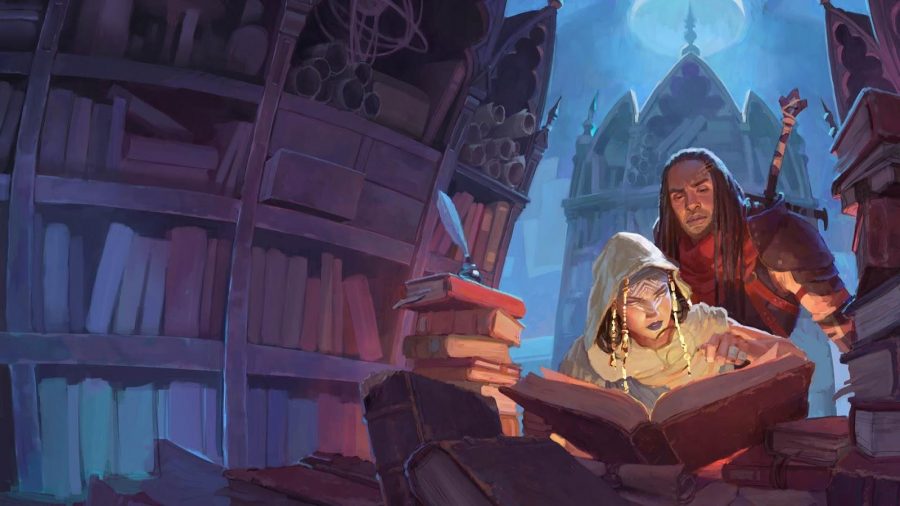 A collection of 17 short, mystery-themed adventures that’ll carry players from level one to 16, Candlekeep Mysteries is for players who enjoy investigation, secrets and long-forgotten treasures.

Raid the armoury: Read our guide to DnD weapons 5E

It’s set in the library-fortress of Candlekeep, which houses a mammoth trove of books and magic. This DnD adventure includes eerie rhymes, cursed towns, haunted grimoires, and monstrous revelations. 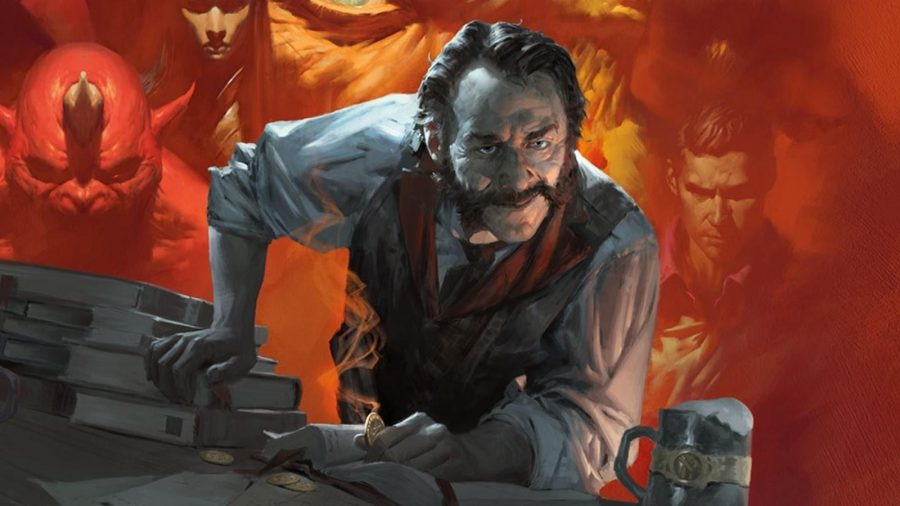 Tales from the Yawning Portal

Crammed with dungeoneering quests deadly and vast, Wizards’ Tales from the Yawning Portal book collects together the best dungeons in D&D history. Expect traps, puzzles and mad wizards, and as is dungeon tradition, your players will need to keep their wits about them.

Ideal for folks looking for more combat and exploration based encounters, this collection of adventures has everything you’ll need for some dark dungeon delving. 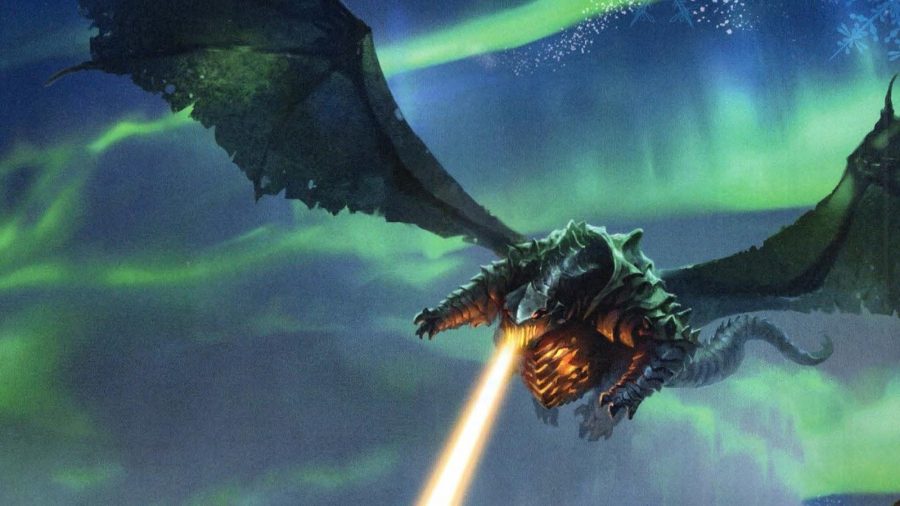 DnD modules – a.k.a. campaign books – are a great choice for any Dungeon Master, whether you’re a veteran or have just started exploring the wild and weird worlds of Dungeons & Dragons.

Wave echoes: Read our guide to DnD Lost Mine of Phandelver 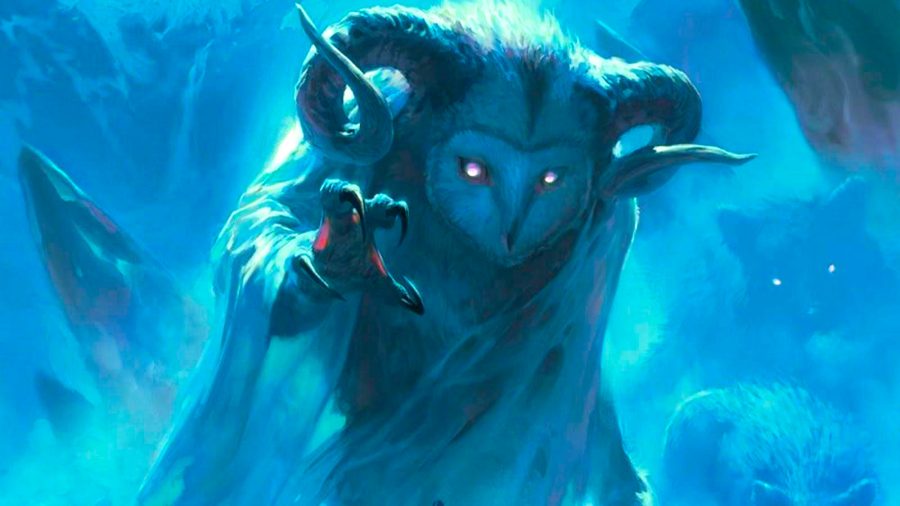 Icewind Dale: Rime of the Frostmaiden

A world of frozen death, magical cities encased in glaciers and dragons forged out of mines, D&D campaign Icewind Dale: Rime of the Frostmaiden is by turns high-fantasy, cosmic horror and survival themed. It’s based within the popular high-fantasy D&D campaign setting Forgotten Realms, although pays plentiful homage to classic horror films The Thing, Alien, and The Shining.

Creating creatures: These are the best DnD monsters

As well as spanning a gamut of evocative and eerie locations, characters and customs (human sacrifice, anyone?), Rime of the Frostmaiden also contains branching decision points for players plus multiple endings. The adventure functions as a splendid segmented D&D campaign – meaning that Dungeon Masters can use encounters, such as dungeons, as stand-alone D&D adventures. 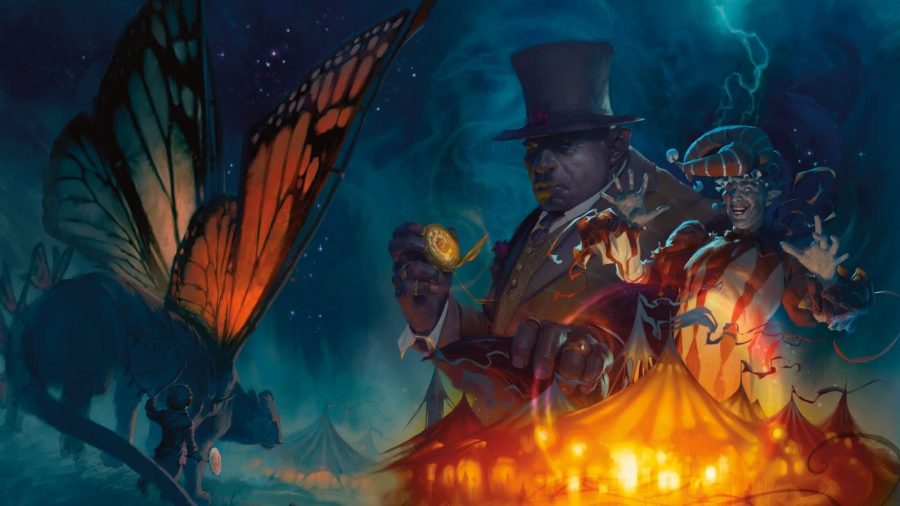 The Wild Beyond the Witchlight

Based around a magical carnival and oodles of fairy-based trickery, DnD campaign The Wild Beyond the Witchlight takes players to a grand show and then out to the most lurid and psychedelic of D&D planes, the Feywild – a world equal parts whimsy and terror.

Unlike other ongoing quests, this book even has the option to play with no combat, meaning players will have to rely on their wits over brawn to overcome challenges.

The Witchlight carnival itself is a real treat, featuring distinct games and all manner of weirdness to bewitch your players, before they head through the silvery mists into the treacherous Feywild. 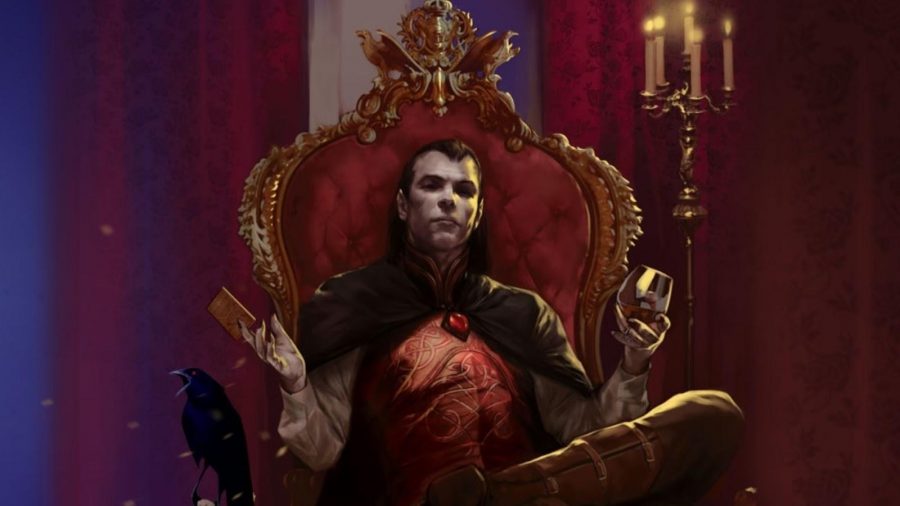 Pure gothic horror, beloved D&D campaign Curse of Strahd transports you away to a plain of eternal mists, werewolves, and vampires. Welcome to Ravenloft – and, more specifically, to the haunted and definitely cursed stretches of Barovia, ruled over by the pale, eternal vampire lord Strahd von Zarovich – who spends the entire adventure toying with the player party.

One of the most atmospheric and brutal of the DnD campaigns out there right now, this adventure will take you to the depths of despair and horror. Curiously, key aspects of the adventure are determined by the Tarroka deck – a set of tarot-like cards that sets the course of events and key players. 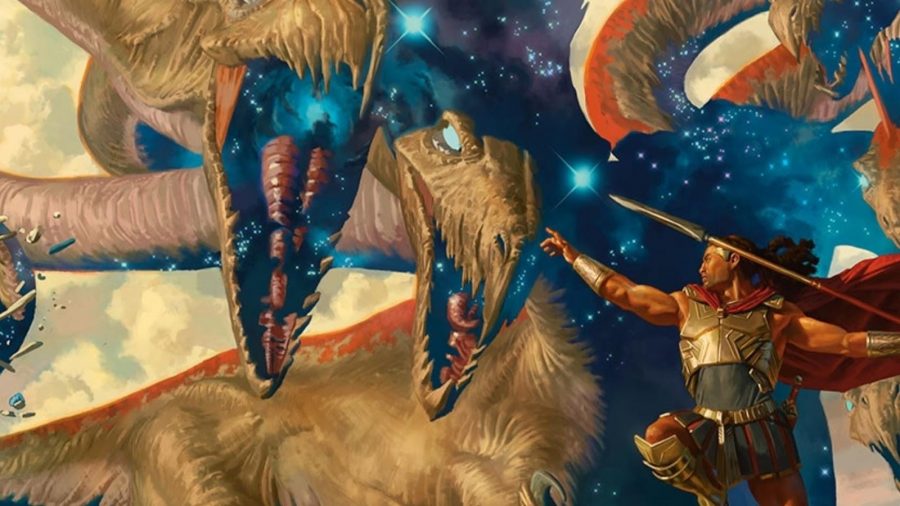 If you’re planning on creating a campaign from scratch – a delicious bit of DnD homebrew – there are plenty of ways to generate D&D campaign ideas.

First and foremost, D&D 5E sourcebooks make for fantastic inspiration, such as Greek mythology-based Magic: The Gathering book Beyond Theros, or the high-tech, war-driven worlds of Ebberron.

There are so many distinct DnD settings to place a campaign in, and picking a setting and reading the supplemental lore around it can provide an excellent basis for any DnD adventure.

Speaking of frameworks, you absolutely can’t go wrong with the Dungeon Master’s Guide and any supplemental sourcebooks for settings you might be interested in, as well as drawing inspiration from films, books and comics.

A wide range of 5E encounter generators also exist online, which help you build up thrilling experiences from scratch.