It’s easy to look at Dungeons and Dragons and think it’s a game about details. Its worlds are vast (technically infinite, in fact), as are your options for in-game choices, their interactions and repercussions. Consequently, the game has numerous heavy tomes full of rules, statistics, worked examples, randomising tables, and more, to help your Dungeon Master’s poor little meat-brain simulate it all, and help players decide what to do about it.

The majority of D&D’s (beautifully-written, sumptuously designed and illustrated) sourcebooks read like pepped-up encyclopaedias full of information. That’s neither a criticism, nor controversial, as these books are intended to be toolboxes – vast smorgasbords of cross-referenced fantasy elements from which Dungeon Masters (DMs) can build their own experiences. And they’re deep, flexible, and glorious – but what they aren’t is simple, accessible, or graspable. There’s a lot of memorising, and yet still an awful lot of looking things up. There’re new monsters, items, skills, subclasses, races, factions, spells: details, details, and more details.

These books talk a big game about the Great Forest and all its Marvellous Goings-On, then go straight into telling you every detail of every knot on every tree, and which trees are related, and how to climb this tree, which trees are different from that one, and boy there are a lot of trees around here aren’t there, and hang on, what was this forest called, and what was that story I was supposed to be captivated by, again?

The problem is, D&D isn’t about details at all. It’s about capturing your players’ imaginations, bringing them together into the game, and making them care about what’s happening in it. It’s about graspable, compelling stories, built from ideas that genuinely come to life in their minds, and that they feel truly a part of.

And that fact is at the core of why Candlekeep Mysteries is such a Good Thing. 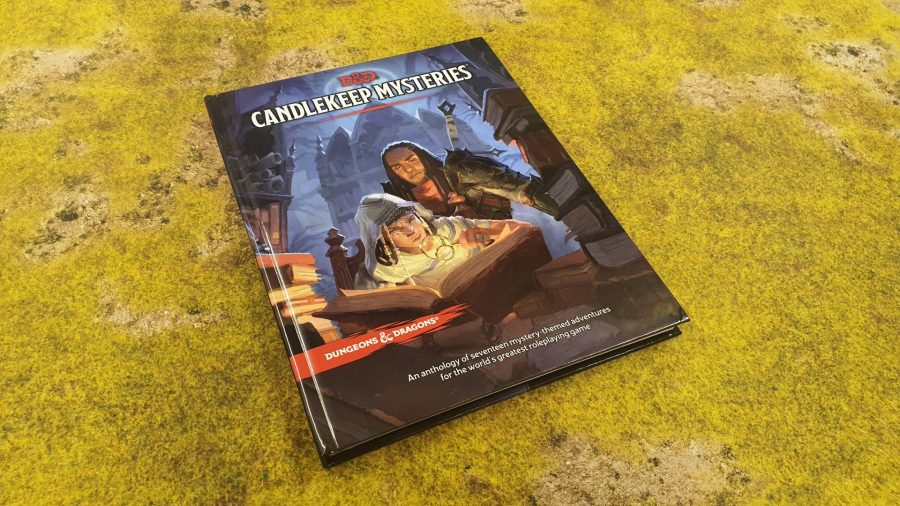 Candlekeep Mysteries is the latest D&D sourcebook from publisher Wizards of the Coast, released earlier this month. Unlike previous volumes, it’s not an encyclopaedia, or a grab bag of packets of new rules – it’s an anthology of 17 self-contained adventures.

Each adventure starts with a book on Candlekeep’s shelves

Short stories (1-2 sessions’ worth apiece), each features mystery and detective-work of one sort or another, and is designed for a party of a specific level. They’re not a series. They’re not a campaign. They’re set in a variety of locations (inside the titular castle and out), with an incredibly diverse range of themes and characters, and are not, strictly speaking, connected with one another in any way.

So what’s the link? The ingenious hook, uniting factor, and mcguffin that binds these disparate chapters together? Books, of course. Each of the 17 adventures begins with a book that can be found on the many library shelves at Candlekeep – the famed, mystical repository of magical knowledge in D&D’s flagship Forgotten Worlds setting. 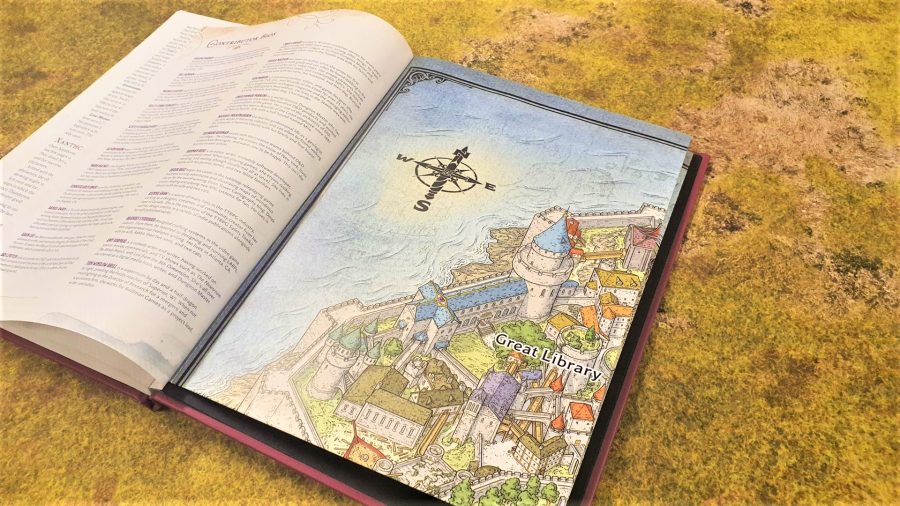 The party encounters one of these 17 unique, characterful (and splendidly illustrated) books, and either discovers a quest in its pages, is led to find one by its contents, or is otherwise spirited away into otherworldly exploits by the unique magic of inked words on old pages.

Back to class: Check out our D&D classes guide

The immanent metaphor for the childlike wonder of losing oneself in a book is unsubtle, but still deliciously inviting. You smell old paper, reading these adventures. You can feel the fateful book in your character’s hands, because you can hold this book in your hands, and drink in the artwork showing you what the fictional volume looks like. Its core ideas are graspable, in a way that no grand, 250-page campaign world-building supplement can be. 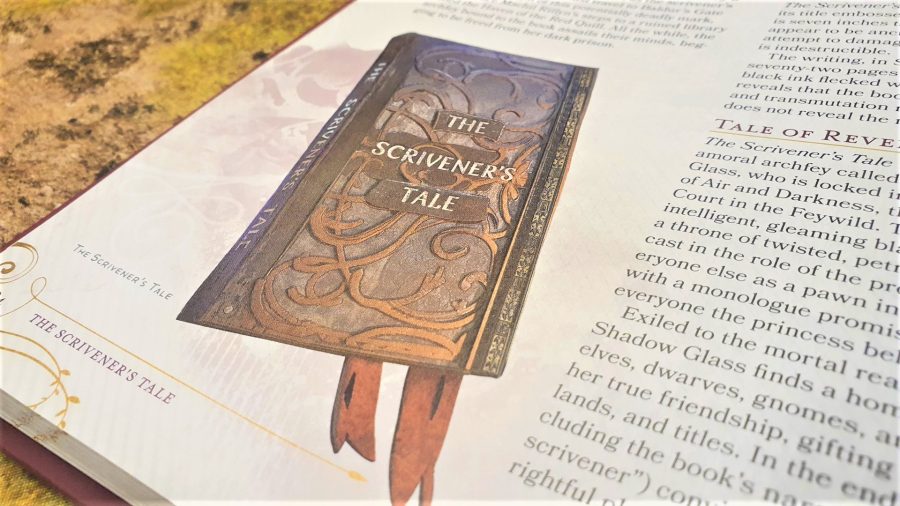 If Candlekeep Mysteries’ divergences from D&D’s norms ended there, it would already be remarkable. But the book also represents one of the most substantive steps yet in D&D’s much-vaunted journey to encompassing, and representing, a fuller range of people and cultures in-game. D&D has long been under pressure to tell more stories that reflect experiences and perspectives outside the famously vanilla, anglo-american, white-male-centric bubble from whence it came, and this is its best crack yet.

Jennifer Kretchmer, a writer, performer and TV producer from LA, who’s also an ambulatory wheelchair user, has penned The Canopic Being – an adventure that ends in a large temple dungeon that is entirely wheelchair accessible, via ramps and magical lifts. 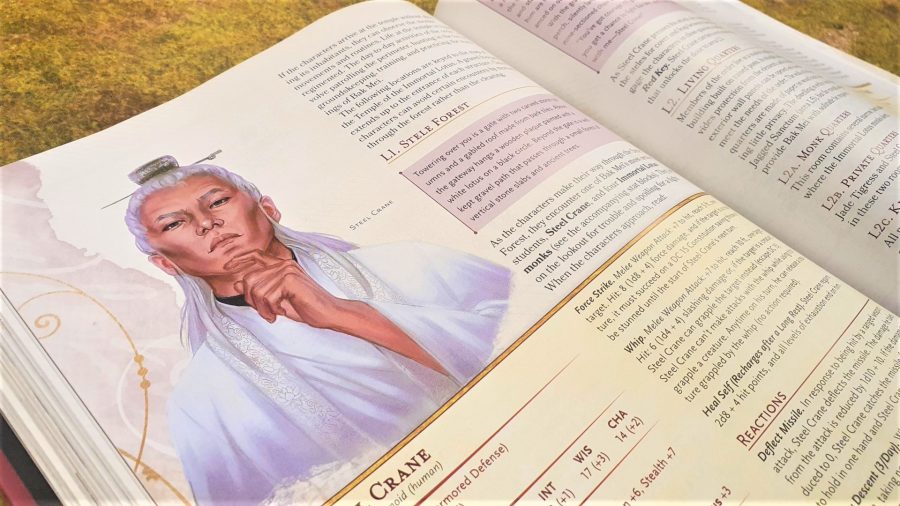 Daniel Kwan – game designer, cultural consultant, and presenter of the Asians Represent podcast – authored The Book of Inner Alchemy, an adventure centred on the monastic Order of the Immortal Lotus, heavily shot through with Chinese mythology. That’s just three, there are more.

Start it up: How to run D&D’s starter set adventure 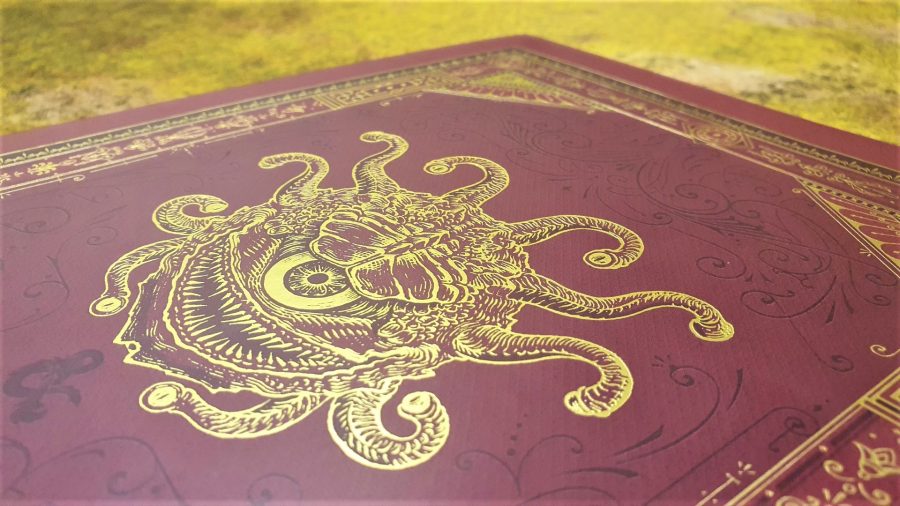 All this, before I’ve even mentioned the exquisite collector’s edition, whose finely detailed, victorian-esque, gold-patterned red covers easily make it a front runner for the most beautiful RPG book I’ve ever seen. Compared to so many D&D books which, while uniformly replete with very cool stuff, are simply unlikely to give you a total ‘joy’ value that’s worth the asking price, this one ticks a lot of boxes for a D&D lover’s essential volume.

However, before I conclude (inevitably with lots more positive adjectives), there are some odd narrative gymnastics to address here. The adventures in Candlekeep Mysteries all revolve around Candlekeep fortress – near the famed city of Baldur’s Gate – and many of them send the party off to complete quests elsewhere in Faerûn, before returning to the castle to continue or conclude their tale. This book, diverse as it is, centres completely on this place, its imbued magic and mystery; the clue, as they say, is in the name. The adventures don’t all have quite the same relationship to the castle, but that’s fine, because they are entirely standalone; you aren’t meant to play them one after another with the same party. It works well. 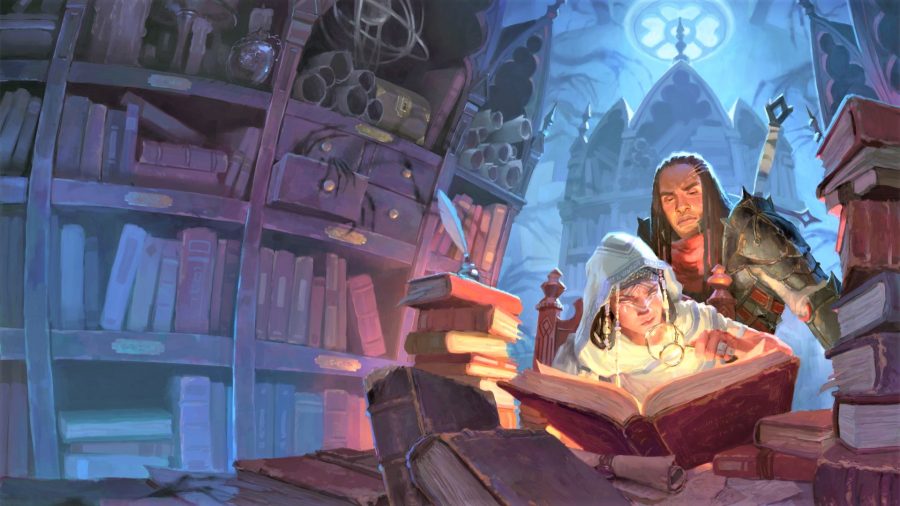 Nevertheless, Wizards has consistently said this book can be used wherever your campaign is set (Forgotten Realms or not), and all you require is for your setting to include any old magical library to find the books in.

While I respect the effort at universal narrative inclusivity, this just doesn’t work.

Roll dem bones: These are the best D&D dice around

The specificity of place, and the level of careful design and environmental details put into these stories means that a lot of heavy lifting would be required to pull apart (and Frankenstein back together) one or more of these robust, finished pieces – just to accommodate an existing party that wants to discover its book in, say, Ravnica. That hard work just isn’t necessary, and rather misses the point of the anthology.

On the surface,  of course, this is no problem; you do you, you guys. This is D&D, after all; anything is possible. 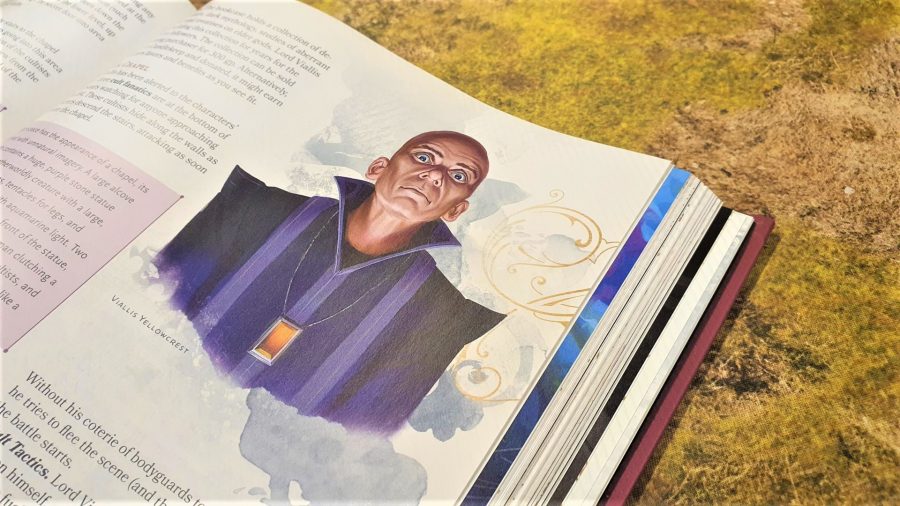 My worry is only that, by pushing this line, Wizards is showing it still has one foot in the land of “all material has to be reworkable for any DM, in any game, at any time” – the precise opposite of what makes this book so essential and exciting – and doesn’t quite understand the strengths of what it’s created here.

Candlekeep Mysteries is a set of peculiar, exquisitely crafted toys, to be picked up and played with, lovingly, one by one – not the usual boxful of complicated technical Lego bricks, to be jumbled and remixed at will. If Wizards understands that, perhaps we can hope for more books like this. Time will tell. 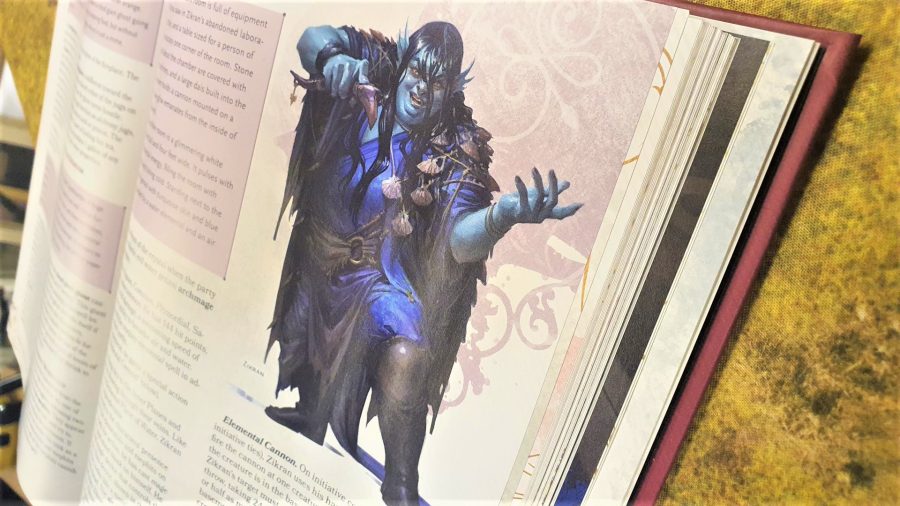 Bottom line, this is the most exciting D&D publication I’ve seen for a while, and I cannot wait until I’m allowed to leave my home and corral some friends to play the adventures with me (Roll20‘s well and good, but there are limits).

Wizards should lean into the strength of this format

Sure, the ‘books within books’ schtick might be too twee for some, but it works better than I imagined it could, and results in more tangible, catchy stories than you get in any other D&D book I’ve owned. Add in genuine progress on diversity, stonking writing and design, and gorgeous production values, and you’ve got a must-have RPG book.

Now I want to see Wizards lean into the strength of the format, with nice tight compilations of strong, standalone adventures, on a range of other themes and uniting concepts. A reviewer can dream, eh.