One of the best and most popular introductions into the fifth edition of Dungeons and Dragons, The Lost Mine of Phandelver is a great adventure for first-time players and new Dungeon Masters (DMs). It’s designed for a party of around four or five first-level characters, and throws you straight into the general mechanics of D&D right away.

In their first session, characters will face combat, navigate the game’s exploration and social interaction mechanics, and get a general taste of all that D&D 5E has to offer. As you and your players progress through the adventure’s four chapters, you will undoubtedly start to understand the uniquely creative, sociable experience that is roleplaying – but starting what might be a weeks-long campaign can seem a tad intimidating, especially to newcomers.

Lost Mine of Phandelver is included with the D&D 5E starter set, which gives you everything you need for running your first adventure. All the booklets, character sheets and rules may seem like a lot of work (and, undeniably, the dice do have a lot of sides) but rest assured: it’s not as complicated as it looks.

This guide is chock full of  sage DM advice, hot tips and useful summaries to help get you started on running Lost Mine of Phandelver. 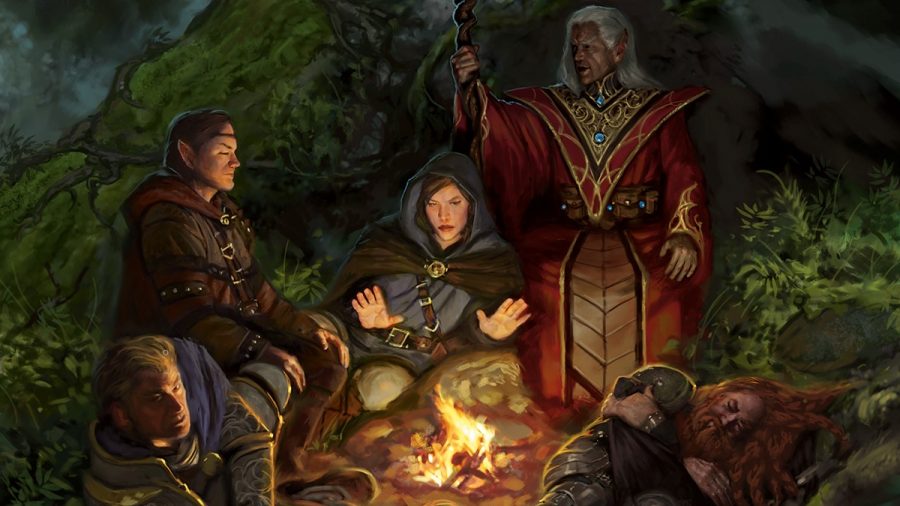 500 years ago, dwarves and gnomes formed the Phandelver’s Pact, promising to share a mine found in Wave Echo Cave that was rich in minerals and magic.

The Forge of Spells was lost...until now

With the help of human spellcasters, the Forge of Spells was created, and its prodigious magical presence began attracting many power-hungry individuals. After a devastating battle, the mine and the Forge of Spells’ location became lost in time… until now. A trio of dwarven brothers have uncovered the whereabouts of Wave Echo Cave and have commissioned your party’s help to investigate – unaware of the dangers, enemies and mysterious, villainous schemes that lie ahead. 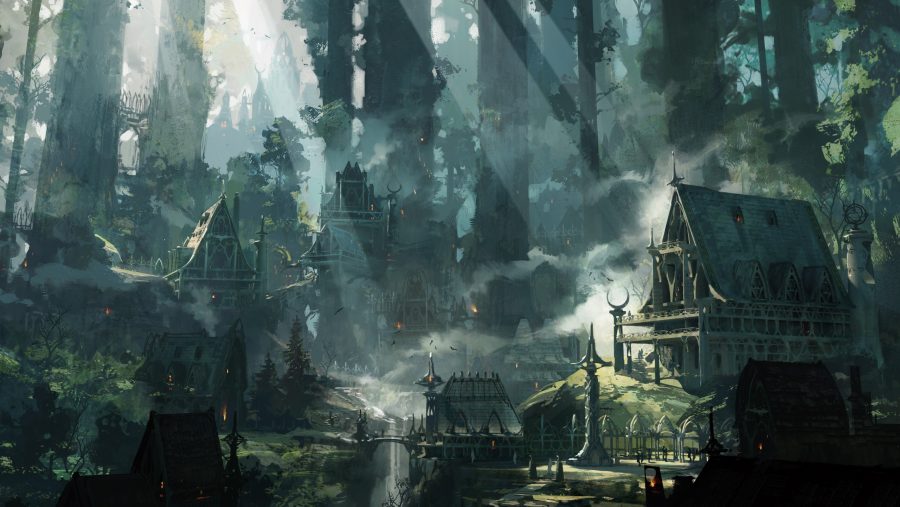 DMs will want to read up on the adventure and prepare beforehand; the D&D starter kit has more or less everything you need, so make sure to go through all the material before the first session. The kit also comes with four pre-generated character sheets, which all have backstories that relate to the campaign.

For players that are anxious about roleplaying (and as a general rule for helping new DMs run the story), it’s best to use these sheets -or at least take those  story-appropriate  backgrounds and apply them to your own new characters).

It’s all character-building: check out our D&D classes guide

The pre-generated characters have connections with non-player-characters (NPCs), offer  ready-made adventuring hooks in-game and can act as a story-building tutorial for first-timers. Also: having a dwarf cleric in the party helps keep the low-level characters alive, so even if you’re creating an all-new party of characters, consider encouraging your players to adopt the same (or at least similar) class builds for best results. 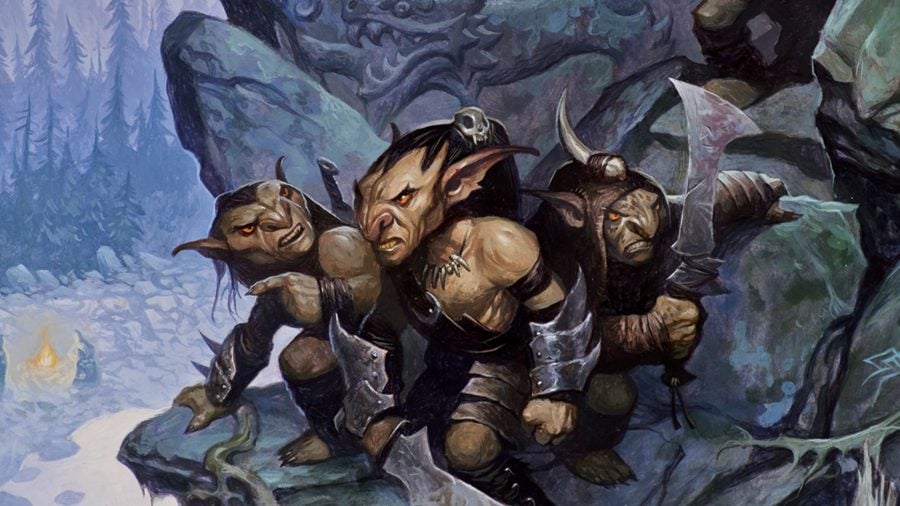 Here you’ll want to set the scene, encourage players to introduce their characters and establish why they are on this adventure. After warming up with roleplaying, players will face goblin raiders, encounter traps and venture into their first dungeon.

All kinds: Read our full guide to DnD races in 5E

The main issue to keep in mind when running this chapter is that level one characters are easily killable. Their low hit dice can abruptly end your adventure; at this stage, one critical roll has the potential to down a first-level wizard. It’s best to get your party up to level two as fast as possible and maybe set up an NPC that can buff them with support spells like Aid or Bless before going into combat. 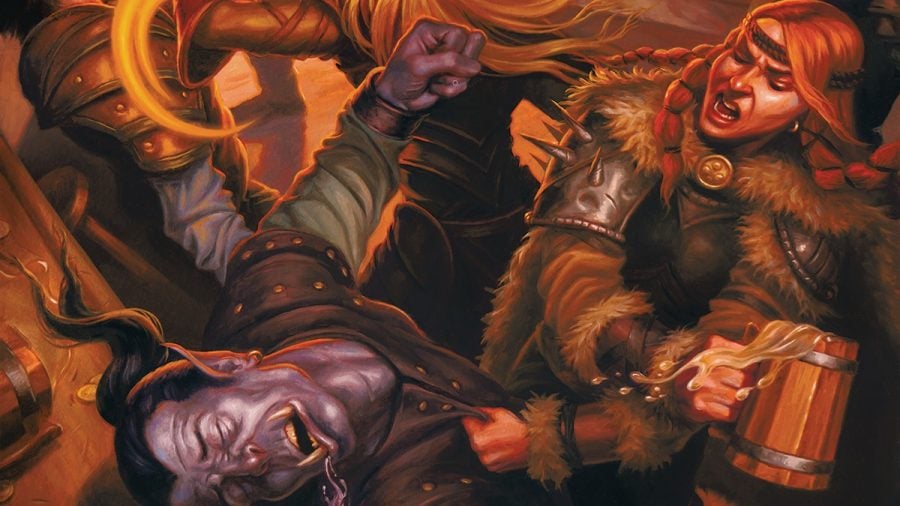 Chapter two introduces roleplaying in more detail and makes for a relatively relaxed session. Players will wander around the frontier town Phandalin, interacting with NPCs and learning about the criminal activities of the Redbrand ruffians. If players are still struggling with roleplaying or don’t find any storylines around the town, DMs can guide them to the tavern (brawls optional).

A kind of magic: Read our guide to the best D&D spells

There, the party can be put back onto a productive path, as they can easily get on with the story by chatting to patrons and overhearing rumours. The sandbox gameplay can be challenging for first-timers, but also fun if you can (gently) keep them focused. Reward players with experience points (EXP) for good social interactions and inventive thinking, encouraging more roleplaying and future creative sessions. 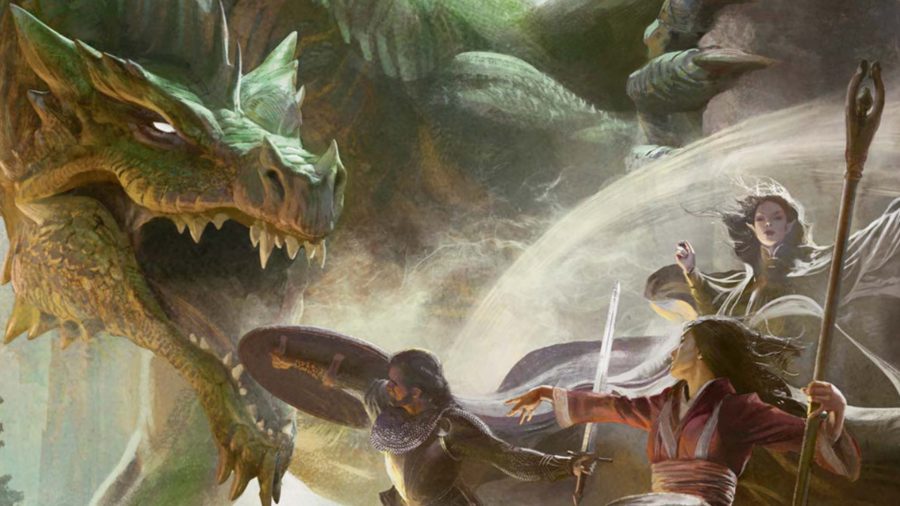 Sandbox exploration and tense gameplay are combined in this huge chapter. There are five adventuring areas that the party will go to, depending on their NPC interactions from Phandalin. All interactions will eventually lead to the penultimate area and the location of Wave Echo Cave, so don’t worry about story progression.

What you do need to worry about is (again) the risk of the party dying. There are lots of encounters, and the dragon at Thundertree deals incredible damage. Make sure the party takes long rests with a watch and has some healing potions handy. 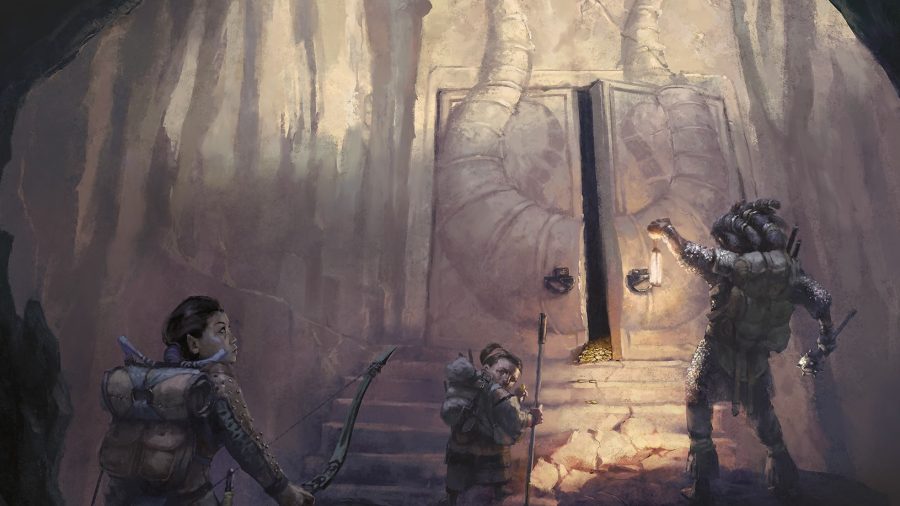 The final part in the adventure is a huge dungeon, full of magical enemies and the reveal of the main villain. The party should be at least level four, or encounters will be tricky if not fatal. With wandering monsters, no part of the dungeon is safe, so encourage the player characters (PCs) to make strategic combat decisions, and make canny use of their skills and the surrounding terrain. If the party succeeds in the final battle, the campaign ends with the characters reaching level five.

You can do it: Check out our guide to the best D&D feats

Now no longer frail first-levellers but seasoned adventurers, players may choose to retire their characters in Phandalin, or take what they have learned and start a new adventure. 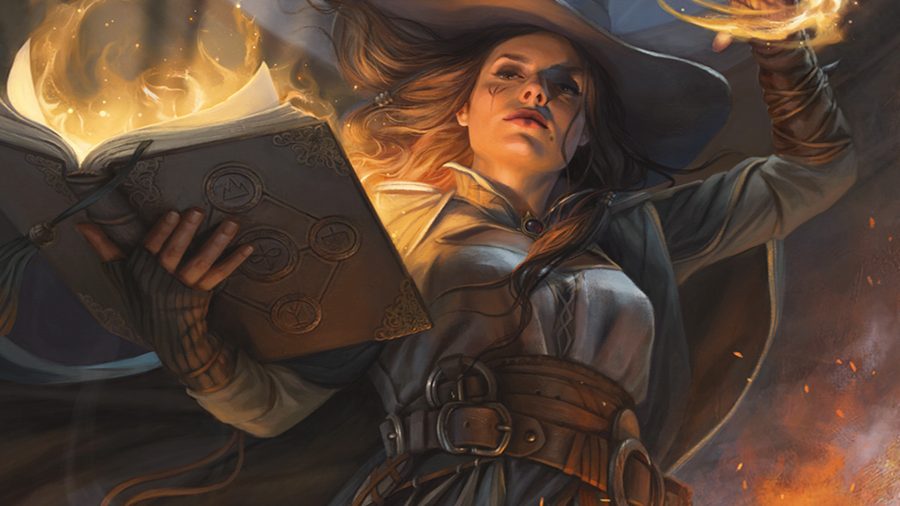 Here is some advice for new DMs:

The best advice we can give to DMs and players alike is to enjoy themselves! Getting through the first session is always the most challenging, but after that, the adventure of finding Wave Echo Cave will likely be one of the most memorable campaigns you will play.

Go digital: These are the best D&D character creators online

Lost Mine of Phandelver is a relaxing adventure and perfectly suited to having fun with friends while coming to grips with D&D 5E. So: take a deep breath, go over your materials and prepare for a cracking adventure in the Forgotten Realms.

A versatile writer and reviewer with a particular penchant for D&D and Hearts of Iron 4, Emma-Jane is now cinephile staff writer at The Digital Fix.