Want to know how to play Dungeons and Dragons? The world’s biggest tabletop roleplaying game has never been more popular. After decades spent on the fringes of popular culture, and acting as the tired punchline to many jokes about nerd culture, Dungeons and Dragons has entered the mainstream. Everyone wants a crack at the classic game, and you should, too.

We’ve got some good news for you: playing Dungeons and Dragons isn’t nearly as difficult as you might think. Even if you have no idea what a ‘roleplaying game’ is, haven’t the faintest clue what people are talking about when they mention a ‘d20’, and are confused by the idea of a ‘sourcebook’, you’ll soon get into the swing of things. Despite some esoteric jargon, D&D is a malleable game that can easily be picked up and played with just a touch of guidance.

Here’s how to play Dungeons and Dragons: 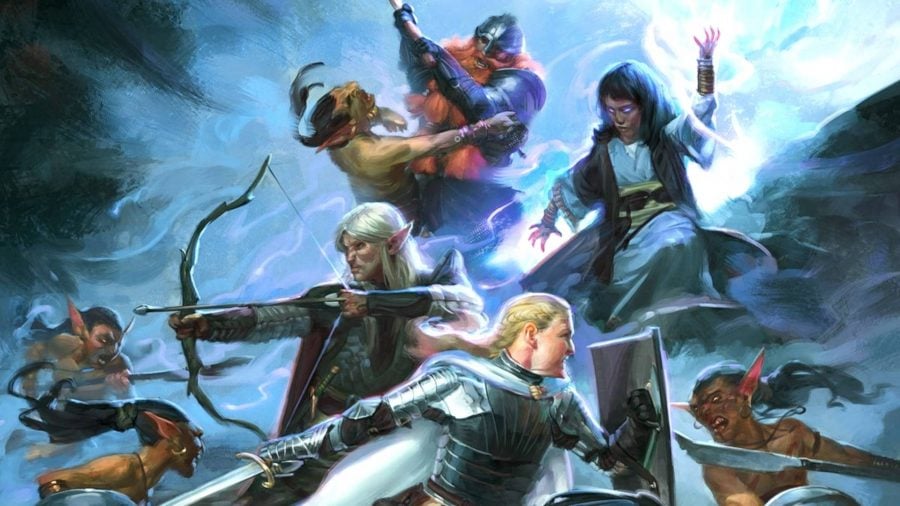 Dungeons and Dragons is a game of collective storytelling. Set in a fantasy world of swords, sorcery, monsters, and magic, players imagine journeying on a quest, and take actions to overcome the obstacles they face. But their journey isn’t linear, and can go in whatever direction they choose. You write the story, just as you choose how your character acts within it.

The DM is responsible for coming up with the story

To give some structure to the game, one person will play as the Dungeon Master (or DM). The DM is the chief storyteller. They describe what happens on the adventure, narrating the details of the story and the consequences of the player’s actions. They might describe the appearance of a haunted castle that the players must infiltrate; or provide the dialogue for a coachman that meets the players by its entrance; or describe how the castle’s portcullis falls to the floor just as the players enter its courtyard, trapping them inside.

The DM is responsible for coming up with the story. They might write it entirely themselves, or use a pre-written adventure that’s been published elsewhere. They might even take an existing adventure and tweak it to their liking, or, in a pinch, entirely improvise it on the spot. 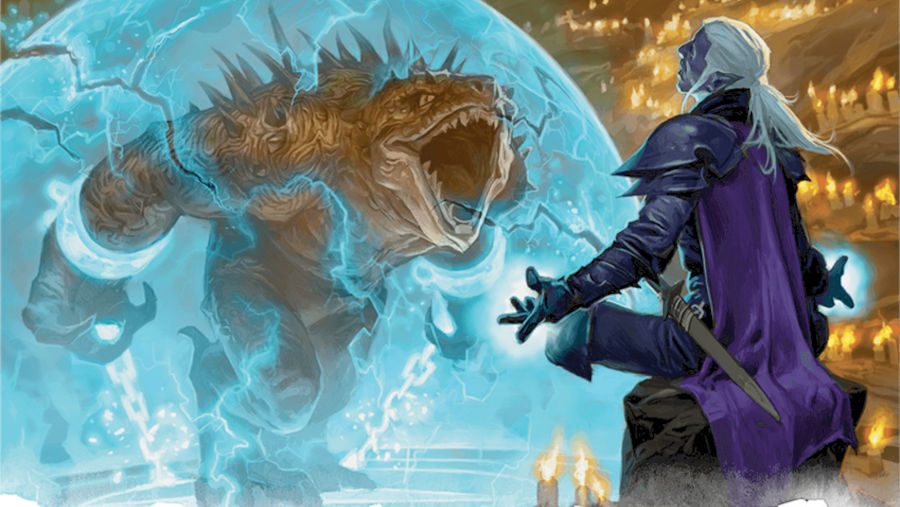 Aside from storytelling, the DM also enforces the rules of the game. Although D&D is improvisational and allows players to choose their actions in response to the DM’s descriptions, there are limits to what they can do. You might want to fly away from the castle, but if your character doesn’t have a pair of wings on their back or a flying steed by their side, the DM is unlikely to allow it. In other cases, the DM will determine the results of your actions, such as trying to jump over a vast chasm. By rolling some dice, they’ll see whether you succeed or fail. When it comes to combat, the DM will oversee all enemies and make moves on their behalf.

Make it plane: Here’s a guide to D&D planes

Everyone else in the game will be the players. Each takes on the role of an adventurer, who they control during the story. However, since D&D is a roleplaying game, you won’t merely be making decisions for your character, but embodying them. You choose what your character does, what they say, and how they go about it, before throwing some dice and waiting for the DM to say whether you were successful. 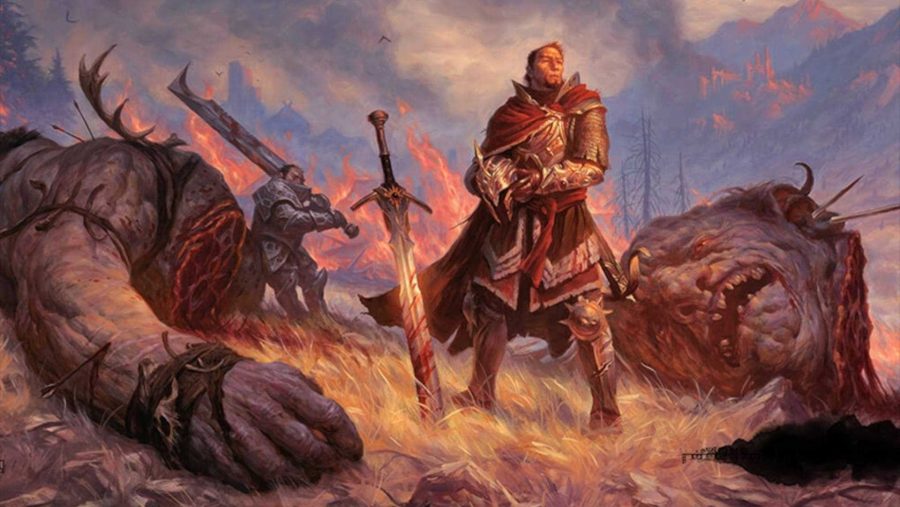 Creating your character is a big part of D&D. Choosing who and what you are will greatly influence the possible actions you’ll be able to take when playing the game. There’s one major choice to consider: your class.

Your character’s class is akin to their role in the world, as well as their calling. It influences their available skills and abilities. You might choose to be a Wizard who studies arcane scripts to cast powerful spells, or prefer to be a sneaky Rogue who’s adept at quietly outwitting the enemy. Class is the primary determining factor of what your character will be able to do. For an overview of the many options, read our D&D classes guide.

For a more comprehensive rundown of each, check out our guides to D&D’s 13 classes:

Each D&D class boasts wildly different abilities, from the spellcasting sorcerer to the divine Paladin. Find which class is right for you in the Player's Handbook.

The second big choice to consider is that of your character’s race. D&D’s vast fantasy world is replete with all manner of creatures, including Elves, Dwarves, Dragonborn, and more. Your choice of race will also impact your character’s abilities, although not to the same extent as your class. For an overview of the options, read our D&D 5E races guide.

For additional guidance on creating a character, have a look at our pick of the best online D&D character creators. They’re all automated, and take the maths out of the process, letting you focus on the fun stuff. 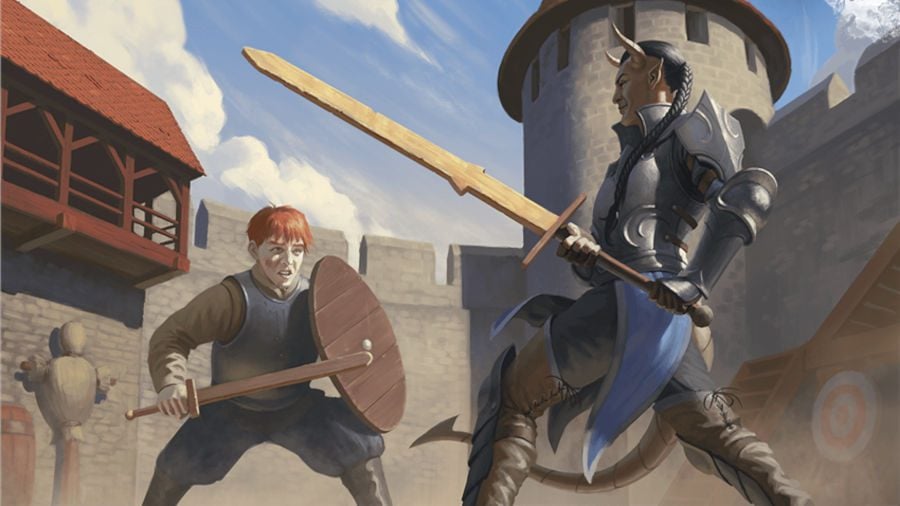 HOW TO START PLAYING DUNGEONS AND DRAGONS

Before you even start whipping up a character or writing your own adventure, it’s a good idea to find a group of players. Dungeons and Dragons is a collaborative game, so you’ll need a bunch other people to play with. But how many people can play D&D? Three or four players, plus another as DM, is the sweet spot; although two players with a DM can work in a pinch. Any more than six players, and the DM will likely have a hard time keeping track of everything.

To smoothly jump into the game, we recommend picking up the D&D Starter Set. A boxed set that contains everything you need to start playing – including pre-generated characters, so players can dive right in; a pre-written adventure, so the DM doesn’t have to write their own; and a short rulebook, so you can play immediately – it’s the perfect jumping off point into the game. For an overview of the adventure and some handy tips on how to run it for first-time DMs, read our guide on how to play Dungeons and Dragons’ starter set.

If you want a rundown of the game’s rules without spending a penny, then check out the D&D Basic Rules online. A streamlined version of the game, it covers all the core elements of the tabletop RPG, including character creation, how to roleplay, how to use magic, and tips for DMs running their first sessions. 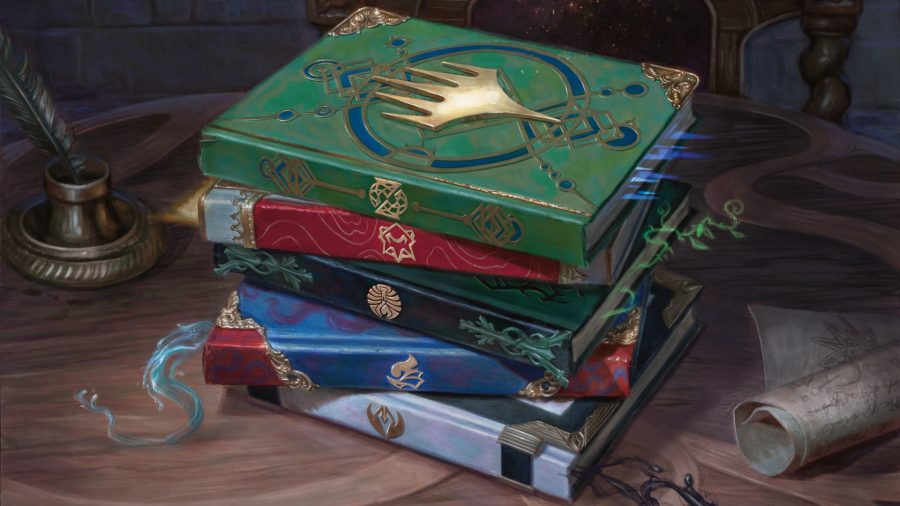 WHAT DO YOU NEED TO PLAY DUNGEONS AND DRAGONS?

Once you’ve played the starter set and concluded D&D is the game for you, there’s a few essential items you’ll want to pick up. Before anything else, you’re going to need some dice. To make sure the game runs smoothly, every player needs their own set, and the DM might consider grabbing multiple sets. D&D uses polyhedral dice – the weird-looking ones of different sizes – and requires a rather specific bunch. Fortunately, we’ve already selected the best D&D dice sets for you, from cheap and cheerful options to more expensive, designer dice.

To start playing D&D in earnest, you’ll want to pick the game’s three core rulebooks. The Player’s Handbook covers everything on the player’s side, including rules for creating your own character, fighting monsters, and casting spells. The Dungeon Master’s Guide, meanwhile, is the equivalent tome for the DM, and provides essential information on running adventures, mediating between players, and creating your own stories. Finally, the Monster Manual is a collection of creatures to use in your adventures. Pick up these three books and you’ll have the fundamentals of the game in the palm of your hand.

Digital dragons: These are the best DnD games

However, you might want to go further. If you’d rather not create your own adventures (which is known as ‘homebrewing’), you can pick up several D&D books that include professional, pre-written stories. These adventures can take many, many sessions to complete, so will likely keep your roleplaying group occupied for a while to come. Other official books contain information about new D&D settings, intended to inspire your imagination and encourage your own creations, as well as new options for players when creating their characters.

Many players also like to use miniatures in the game. In combat, particularly, it can be useful to mark the locations of the players and enemy monsters on a map (or ‘battlemap’, as they’re often called). Although by no means necessary, miniatures are a great way of doing this while injecting some visual excitement into the game. Have a look at our pick of the best D&D miniatures for some inspiration.