Fielding D&D miniatures in your roleplay campaign sure is fun. Imagining your Dragonborn Monk bobbing about the battle map, swinging open a door, and bounding through its frame, only to discover a pair of bodaks waiting on the other side might be thrilling. But it’s all the more gratifying when you can see the sadistic glee with which your DM slams the miniatures of these undead monstrosities in front of your isolated Monk mini.

But where to get such fear-inducing D&D miniatures, that are detailed and vicious enough to do the best D&D monsters justice? There’s a lot of options, and even veterans of miniature wargames might not know where to start when venturing into the expansive world of RPGs. But fret no more. We’re here to give a brief rundown of the best miniatures you can buy for your tabletop adventuring.

We’ll be touching on player character, monster, and NPC miniatures, while considering the cost value and quality of the scores of minis available. You’ll be revelling in your painted beholders, and lovingly protecting your party of miniaturised adventurers before you know it.

So, let’s get rolling… 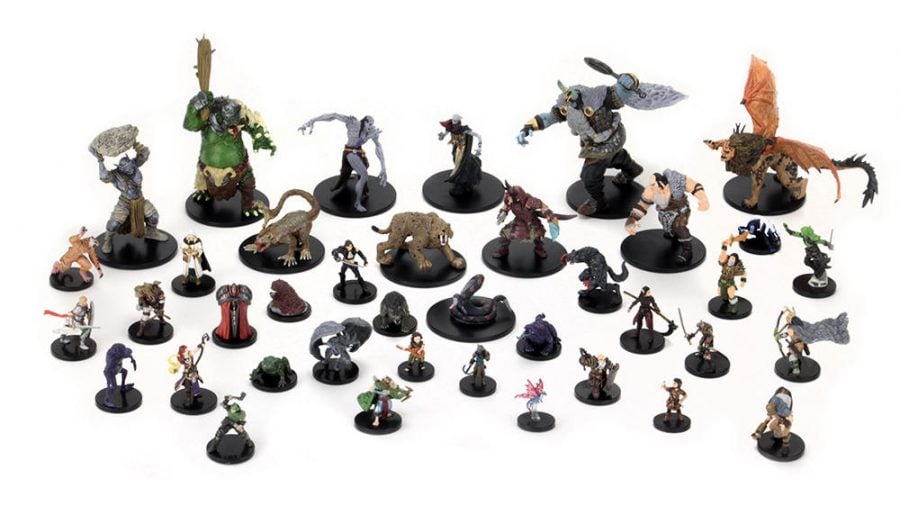 Do I need to use miniatures?

Let’s clear up one thing straight away: you don’t need miniatures to play D&D. If you’re comfortable roleplaying in the Theatre of the Mind, accustomed to using character counters on a D&D map, or used to whipping out a whiteboard for every encounter, miniatures can appear little more than an unnecessary expense.

But if you’re keen to field more complex encounters, in which the relational position of characters and monsters is essential to player actions, and the movement of battle needs to be quickly and clearly visualised, miniatures provide a fitting way of recreating combat, without breaking the immersion of roleplay. See that rabid owlbear standing five feet away from your scrawny halfling rogue; watch in terror as the tentacular mind flayer appears on the field.

When you do decide to jump aboard the miniatures train, some of these suggestions might prove handy. 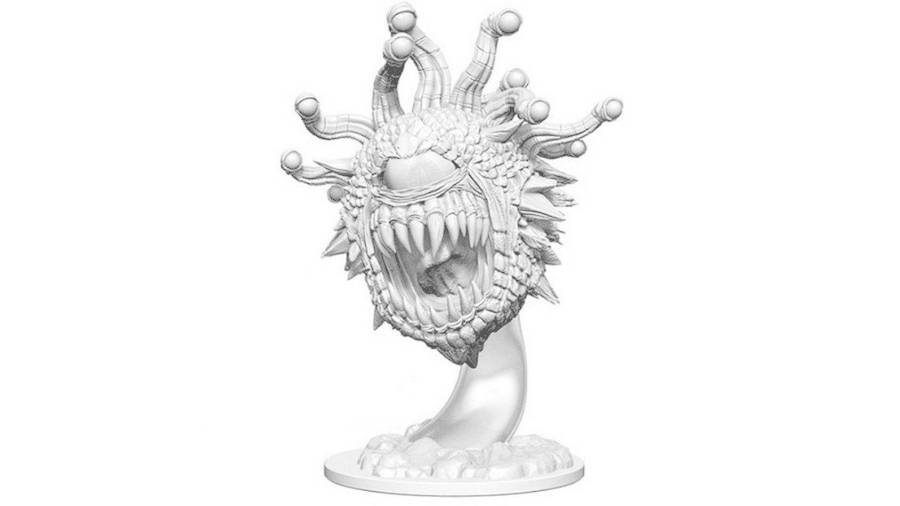 If you’ve spent any time surfing the internet for D&D miniatures, chances are you very quickly came across Nolzur’s Marvelous Miniatures. Designed by Wizkids, and licensed by Wizards of the Coast, it’s the official line of D&D miniatures, and, for the most part, perfectly serviceable.

Sold as singles, they’re intended to allow Dungeon Masters to pick up the player character, NPC, or monster miniatures relevant to their adventure. Whether that’s a Male Dwarf Fighter or a Female Tiefling Warlock, you’re likely to find all the right sculpts for your party. And there’s plenty of monster options, to boot.

New beginnings: Read our guide on how to play D&D’s starter set

If you’re certain that a marilith or beholder will make an appearance during your party’s campaign, you can grab the relevant miniature in preparation. The whole bestiary might not be covered, but Nolzur’s makes for a useful means of lending some gravitas to the biggest battles of your campaign – by miniaturising your foes into tiny plastic sculpts.

At an average of $7.00 / £5.00 to $14.00 / £10 per miniature, these aren’t dirt cheap minis, but nor are they expensive. Expect prominent mould lines and a lack of detail in some areas, as they’re designed for beginner painters, who might love D&D but are only taking their first steps into the world of minis. Especially useful if you know you’ll only be picking up a few 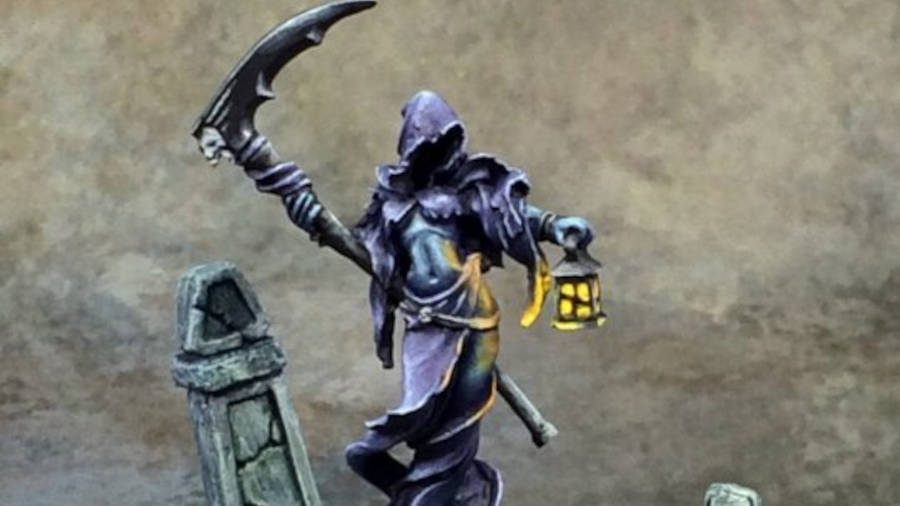 Another staple of the D&D miniatures space, Reaper Miniatures offer a massive variety of fantasy miniatures. It’s likely to have anything you’re planning to dump into your campaign. Want a giant crab to ambush your party? You’ve got it. How about a collection of abyssal devils? Oh yep. A skeletal manticore? That as well. And if you’re on the search for player characters, Reaper Miniatures also do a host of race- and class-specific miniatures.

Your own creation: The best 3D printers for printing miniatures

Although it also produces metal sculpts, Reaper Miniatures is most popular for its line of plastic minis (or Bones). Flexible plastic, with the standard detail you’d expect from a D&D sculpts, and costing only a few dollars / pounds per miniature, it’s an affordable option praised by many. 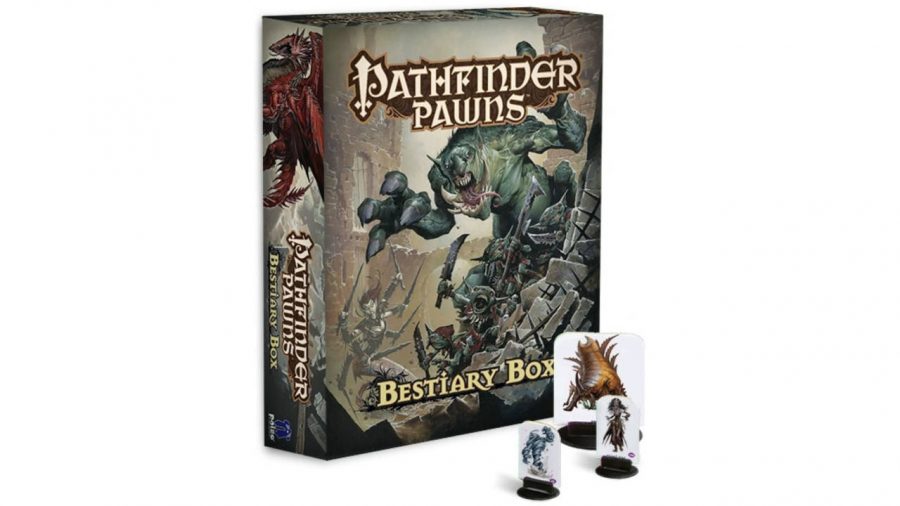 If you’re looking for a large batch of monster miniatures to field on your tabletop battle map, you might consider Pathfinder Pawns. These aren’t sculpted miniatures, but flat, double-sided cardboard tokens. They might not have the same detailed allure as true, three-dimensional minis, but their artwork is gorgeous.

The range covers everything from grippli to golems

Plus, there’s plenty of them. The Bestiary 2 pawn box includes over 300 pawns of 250 creatures, coming in varying sizes, from small to huge. The range is vast, covering everything from grippli to golems, and while some pawns might be too niche to find a spot on your table, isn’t it nice to have the option of writing a hippocampus into your campaign?

If you’re a Pathfinder player, you can grab whichever pawn box that matches the bestiary you own. But even if you’re a strict D&D fanatic, given the two games’ significant monstrozoological crossover, you’re sure to find the vast majority of pawns useful – or, at the very least, of sufficient visual similarity to use as a stand-in for an absent beasty. 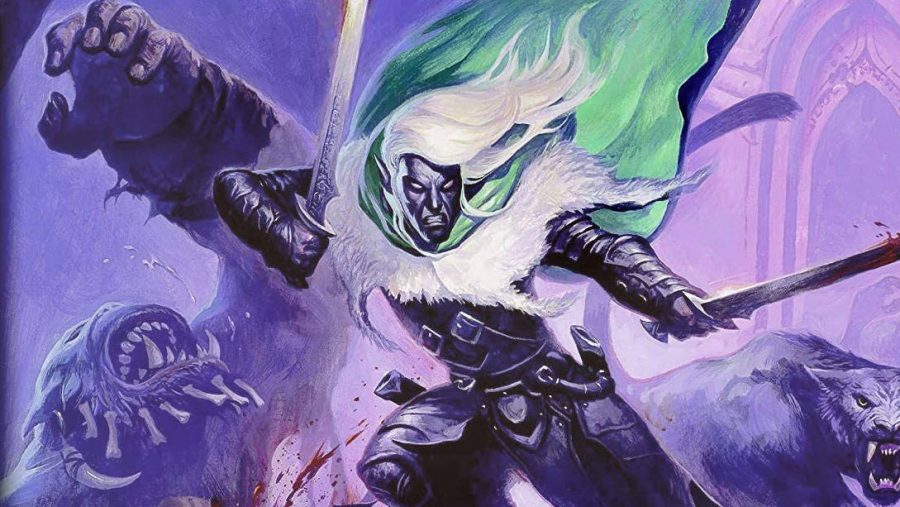 An easy way to grab a whole bunch of miniatures on the cheap isn’t through buying bundles of miniatures at all, but by picking up the officially licensed D&D board games: Castle Ravenloft (2010), Wrath of Ashardalon (2011), The Legend of Drizzt (2011), Temple of Elemental Evil (2015), Tomb of Annihilation (2017), and Dungeon of the Mad Mage (2019). Collectively forming the Adventure System board game series, they’re a veritable treasure trove of tabletop resources for dungeon masters.

Each comes packaged with around 40 unpainted, single-colour miniatures (ranging across small, medium, and large sizes), for both monsters and player characters. The sets are vaguely thematic – Castle Ravenloft, for instance, includes lots of undead to fit in with its horror theme, while Wrath of Ashardalon features orcs and kobolds for a more typical fantasy fare – and the range of monsters in a single set will provide you with lots of choice for whatever beasties you field in your roleplaying.

The price point shouldn’t be dismissed, either. Arshadalon will net you 35 figures for $46.71 / £49.95, coming to the not-at-all-bad $1.30 / £1.40 per mini. Plus, the games include a whole slew of additional tokens and accessories that you might find handy in your dungeon mastering, including modular dungeon tiles, and counters useful for tracking stats.

Best of all, the board games themselves are great fun, too. Cooperative dungeon crawlers that span multiple scenarios, they use streamlined rules systems, and integrate light RPG elements. The double whammy of great miniatures and a good board game shouldn’t be overlooked.

Painting miniatures isn’t everybody’s thing, and if the words ‘dry brushing’ and ‘base coasting’ have you wince with hesitation, fear not, for there are easy means of buying pre-painted miniatures.

If you’re looking for a cheap-ish option, officially licensed Icons of the Realms packs –  like this one, made for use with the D&D starter set – will see you through. The miniatures are of average detail, but useful for new players intent on fielding minis for a specific adventure.

If you’re a little more carefree with your purse, and ready to embrace the inner collector within you, you could have a peek at Icons of the Realms booster packs. Again, themed with Wizard’s D&D sourcebooks, the blind boosters include four random miniatures for around $20 / £20 a pack. Not exactly a bargain, and certainly not the most cost-effective way of building a collection. Don’t be swayed by the branding, but have a go if you long to recreate the thrill of opening up a pack of Pokémon, and being gradually disappointed as the rush of opportunity recedes. 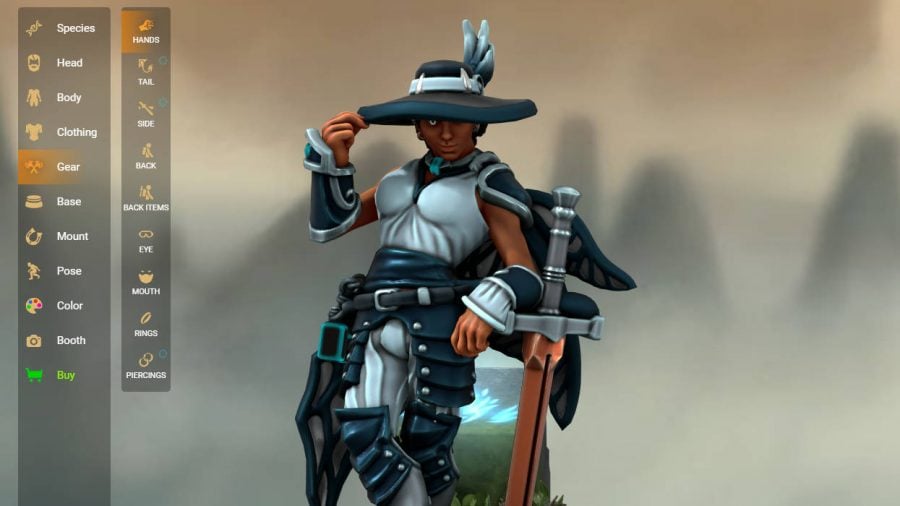 When you’re after a miniature that perfectly encapsulates your character – one that translates all their threads, slick hair, snarling expression, and accessories into an exact facsimile – look no further than Hero Forge. Design a custom miniature from the website’s range of modular body parts and accessories, and a 3D printed miniature of your character will be served up before your eyes.

The breadth of choice shouldn’t be dismissed

You can pick between a broad selection of clothing, gear, mounts, bodies, heads, and indeed races. Although the breadth of customisability is limited to Hero Forge’s available options, the breadth of choice shouldn’t be dismissed. The number of helmets alone will have you pondering your character’s fashion – ‘Do they look better with a wizard’s hat, or an ornate renaissance headpiece?’ Decisions, decisions. Choice might not be limitless, but there’s enough range to meet the needs of anyone desperate to get their hands on a mini that stands out from the rest.

Bear in mind the price, though. The cheapest choice – a 30mm plastic miniature – will set you back $19.99 / £14.50. You could also purchase your creation as a unity3d digital format, to use in Tabletop Simulator and other virtual battle maps, if you do your roleplaying online, on Roll20 or the like. 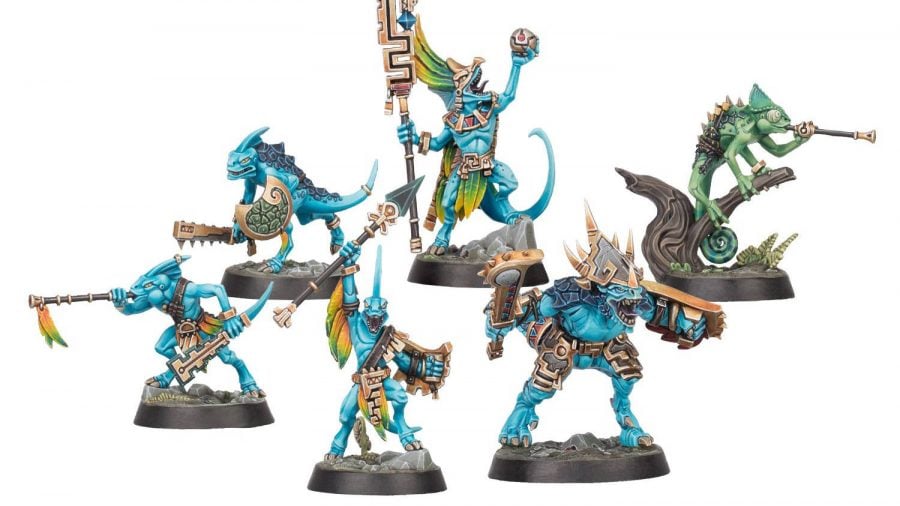 Of course, you don’t need to buy new miniatures if you already have some kicking around from your other tabletop exploits. Got some scaly Lizardmen from that Seraphon army you promised yourself you’d build? Use them as kobolds. Have a beefy Kings of War Orc army lying in a box? Stick them in your next D&D encounter. Even Warhammer 40k Orks might work in some DnD settings.

Miniatures can work wonderfully as stand-ins. So long as it can provide a fitting visual accompaniment to the encounter, and clearly conveys the correct sense of scale and action, virtually any miniature will do in a pinch. Just make sure you keep track of which mini is standing in for what monster. You’d hate your DM to forget that the terrifying worg on the table was actually a puny boar.