You won’t get far in Dungeons and Dragons without a firm grasp of D&D 5E spells. Spellcasters are essential to every adventuring party, and their ability to clear a battlefield, buff their teammates, or magically wheedle out of a tough situation comes in handy time, and time, again. While the classic tabletop roleplaying game boasts an overflowing supply of spells, there’s a few staples that should be on your radar.

We’ve picked out the very best D&D 5E spells, so you can spend less time thumbing through sourcebooks, and more time calling upon arcane forces. They’re a varied bunch, taken from several of D&D’s schools of magic, and allow for as much roleplaying antics as they do plunderous fighting.

But we’re not simply picking out the most powerful spells. If that were the case, the whole list would be a regurgitation of D&D’s ninth-level spell list. Instead, we’ve placed spells in their context, and determined their usefulness in relation to the level at which they’re gained, their applicability across campaigns, their use within a party dynamic, and, to an extent, how darn fun they are to use.

So, bust out your spellbook or get acquainted with your Pact Magic, because you’ll be using these spells time and again. Here’s a handy list of them all, right up top: 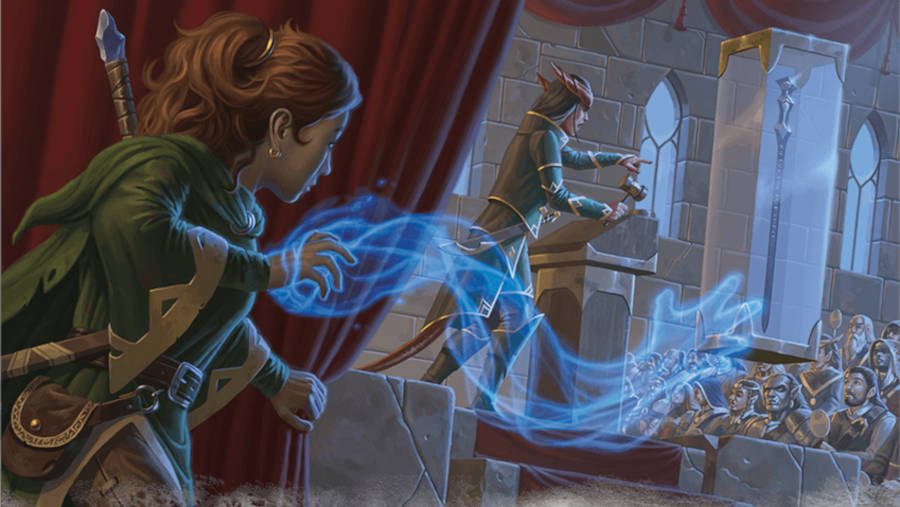 A true classic, this cantrip is all about creativity. Conjure a floating, spectral hand that can be moved about the vicinity, and used to interact with nearby objects. Useful for navigating dungeons, where you can merrily use the hand to pull levers, pick up objects in hard-to-reach places, or nab that key sitting precariously on the other side of a deadly trap (while inadvertently ruining the clever puzzle your DM had so lovingly designed).

It won’t save you from destruction, but it adds spice to fights

But Mage Hand also works wonderfully for exploiting environmental hazards during combat. Fly around the battlefield, knocking over bookcases, shaking chandeliers, or literally pulling the rug from underneath the enemies’ feet. It won’t be the spell that saves you from imminent destruction, but each fight will be a little more exciting. Although Mage Hand is perfect for a cheeky bard, it can also be used by Wizards, Sorcerers, Warlocks, and Artificers, so the whole party can have their own spectral meathooks. 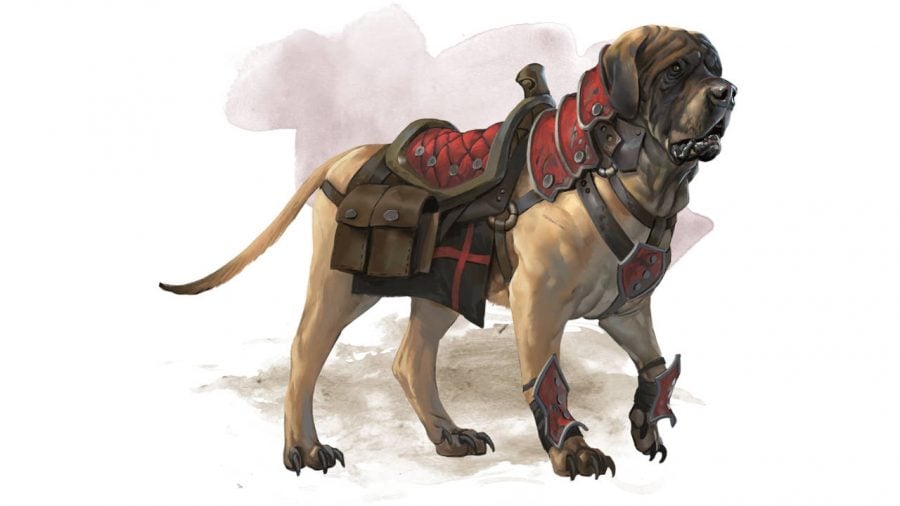 It goes without saying, if your character won’t be riding a steed, then this level two Paladin conjuration spell isn’t likely to be of much use. But if you’ve built a character around mounted combat, then this spell is almost essential. Summon a horse, mastiff, hippogriff, or any other steed of your choosing (with your DM’s permission, of course), to serve as your mount in combat.

Get it made: These are the best D&D character creators online

Mounts are notoriously finicky, but this spell goes some way to alleviate the most irritating obstacles. No more worrying that your steed will die and leave you helpless, or that your party will reach a dreaded ladder, forcing you to leave your companion behind. Summon a steed when it suits, and summon them again when you (inevitably) lose them. You won’t have an animal companion to cherish and grow old with, but a ready supply of disposable horses might be even better. 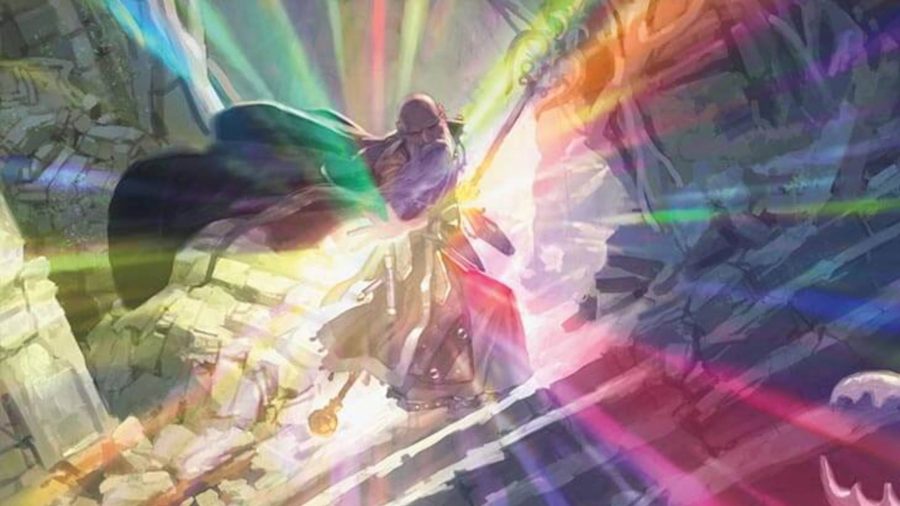 Magic is all fun and games when you’re the one dishing out spells, but it can become decidedly more pernicious in a DM’s hands. A level one divination spell, Detect Magic is another D&D 5E staple, letting you sense any magical presence within a 30-foot radius, and, hopefully, act before whatever it is gets the jump on you.

Try it out when searching for a magical quest item

Although not the most dramatic of spells, it’s applicable in countless situations. Try it out when searching for a magically-imbued plot item, locating the trigger mechanism of a trap, or identifying creatures with a magical aura. The spell has its limits, and is blocked by sufficiently thick materials. But if you find yourself stuck in a room, or just want a little insight into the surprises that your DM has in store for you, you could do far worse than casting Detect Magic. 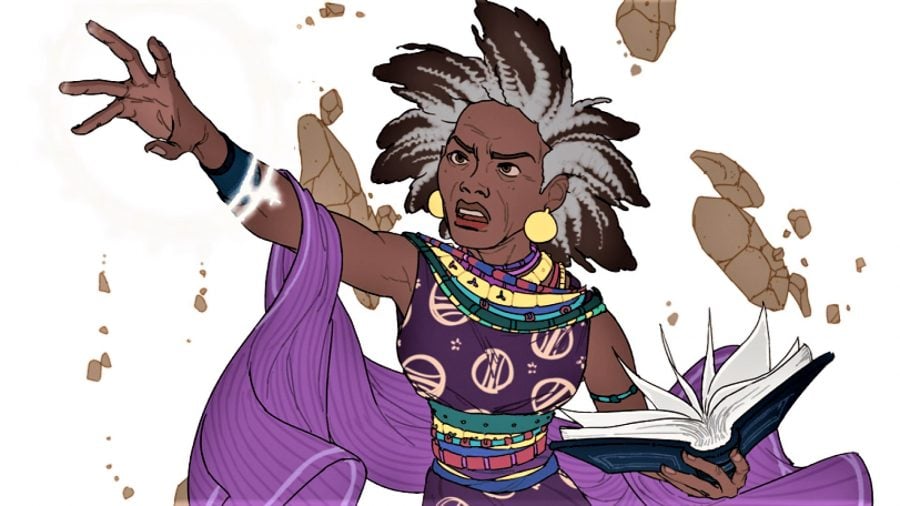 Enforced paralysis is as terrifying as it is powerful, and it’s this combination that makes Hold Person one of the most effective D&D 5E spells. A second-level enchantment, this spell lets you paralyse any humanoid you can see within 60 feet, for one minute.

That should be more than enough time to remove the biggest foe from battle, dispatch their underlings, and wail on them. On a Wisdom saving throw, enemies can break your hold at the end of each turn, but even one round of paralysis will give your party a breather.

It’s also a fantastic roleplaying spell. Need to intimidate someone, but don’t have enough muscle to square up to them? Paralysing them mid-sentence should do the trick.

Need to prevent an NPC from spilling the beans of your devious misdemeanours? This should send a clear, if heavy-handed message. Hold Person is a remarkably simple spell, but one with a lot of scope. 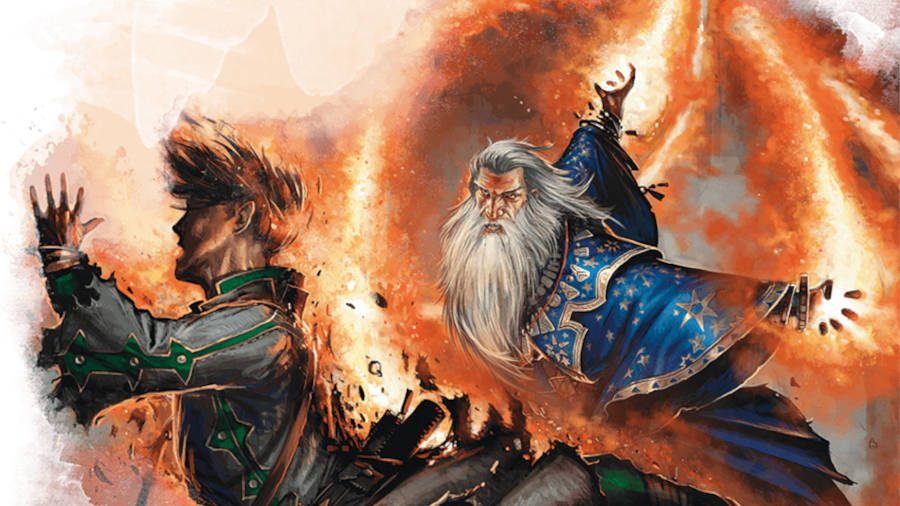 An iconic D&D spell that every well-optimised Wizard is likely to have in their spellbook, you’d be hard-pressed to find someone that claims Fireball isn’t one of the most useful spells, largely because everyone agrees it’s one of the most overpowered spells.

Shoot a bolt of explosive fire from your fingertip. Any creature within a 20-foot range that fails a Dexterity saving throw will take a whopping 8d6 fire damage, and even those that succeed on the roll must take half that.

Formidable in its own right, Fireball only becomes more effective when you realise it’s a level three spell, giving Wizards the opportunity to deal more damage in a single round of combat than martial characters in their party. Big damage makes for big utility. 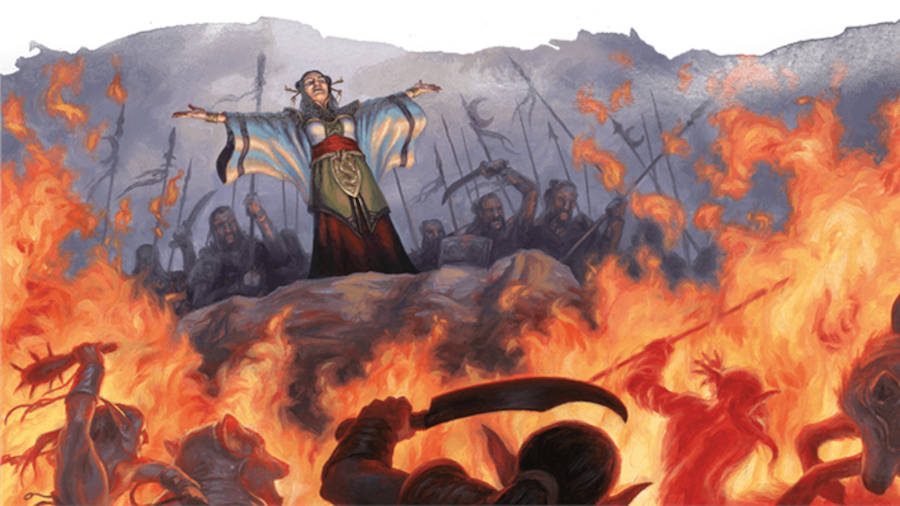 Meteor Swarm does exactly what it sounds like, letting you summon four blazing rocks from the heavens, and dealing 20d6 fire damage and 20d6 bludgeoning damage (on a failed Dexterity saving throw) to every creature in a 40-foot radius.

Of course, it’s very situational, and you’ll rarely be in a large enough space to cast the spell without pulverising your party in the process.

But in the moments of epic battle, when you’re facing the dragon on the mountaintop, duelling the villain in the promenade of their castle, or fleeing the undead horde that’s chasing you across an icy wilderness, this spell is unbelievably powerful. 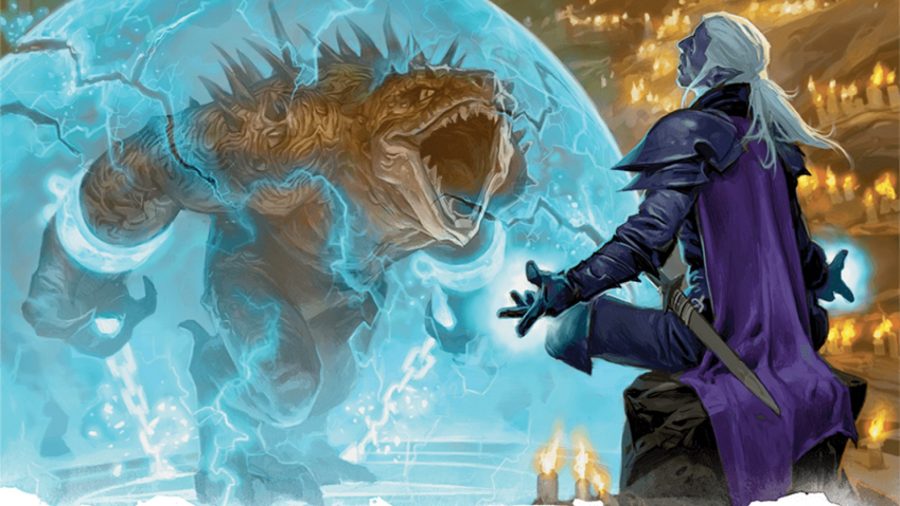 The greatest warriors know which enemies to engage, and which are best avoided.

Wall of Force is a saving grace in the toughest situations

When your party’s taken a beating, and can’t afford any more costly mistakes, Wall of Force is a great way of avoiding battle, while circumventing the risk of persuasion, and the uncertainty of intimidation. Summon an invisible barrier that prevents anything physically passing through for ten minutes. It’s immune to damage, and will protect you while your party Cleric is tending to your wounds.

What makes Wall of Force so useful is that it provides a saving grace in the most difficult of situations, without sacrificing any of the game’s drama. The horrors on the other side aren’t beaten, merely temporarily stalled. Find a way out of your predicament in time, or ready yourself for the fight. The DM gets to see your squirm, and you get a little breathing room. 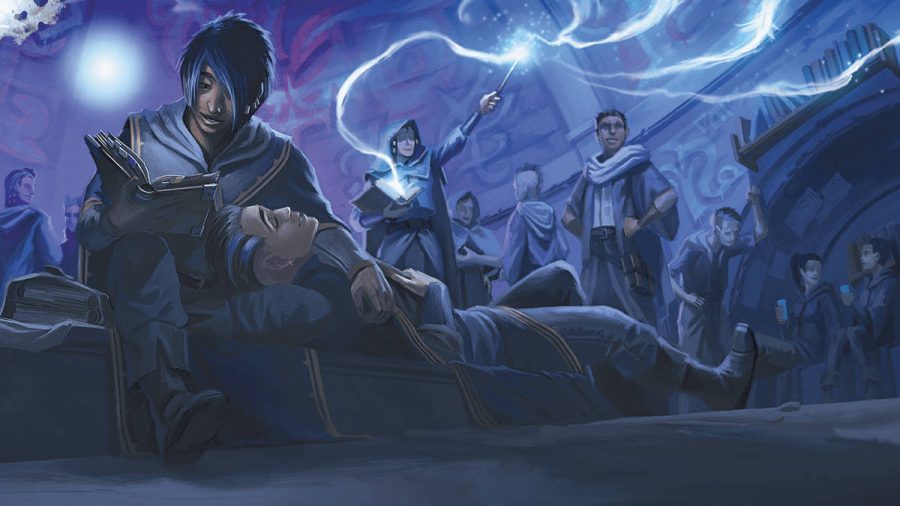 Arguably the most infamous spell in D&D 5E, Wish toes the line between incredibly useful, and amazingly dangerous. Effectively granting any wish uttered by you, its bounds of use are endless.

You might wish for endless wealth, to save a dying character, to protect a vulnerable lover, to smite an evil foe, or to receive some supernatural aid. But there’s one snag: your DM will decide how the wish is fulfilled, and will likely cram in as many unintended consequences as they can.

Battle on: Our full guide to D&D 5E’s Fighter class

Wishing for your companion to come back to life might reawaken them as an undead ghoul; wishing for a legendary item might move you to its location halfway around the world, effectively kicking you from the campaign; or wishing for the campaign’s antagonist to die may have the unintended effect of transporting you to a parallel timeline, in which they never existed, alongside all of your friends and companions.

It’s typical monkey paw stuff, which has the potential to be hugely useful in a pinch, but comes at such risk that you’ll be quivering whenever the words leave your mouth. Wish is described in the Player’s Handbook as the “mightiest spell a mortal creature can cast”, and that’s not hyperbole.